Where to eat International food in Penryn: The Best Restaurants and Bars 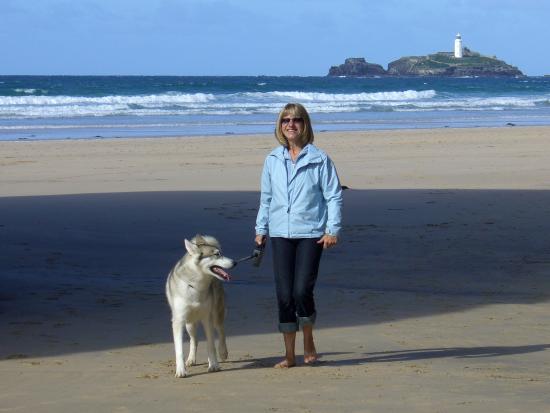 We all chose curry from the specials menu and all agreed the food was delicious. Amazing flavours and I will be back soon Usha! If you want to taste authentic flavours you must visit. Plus if you drink beer, Treen is on the taps from the local micro brewery.Thank you Sambacloggy, we are glad you really enjoyed dinning with us, and we look forward to seeing you again. 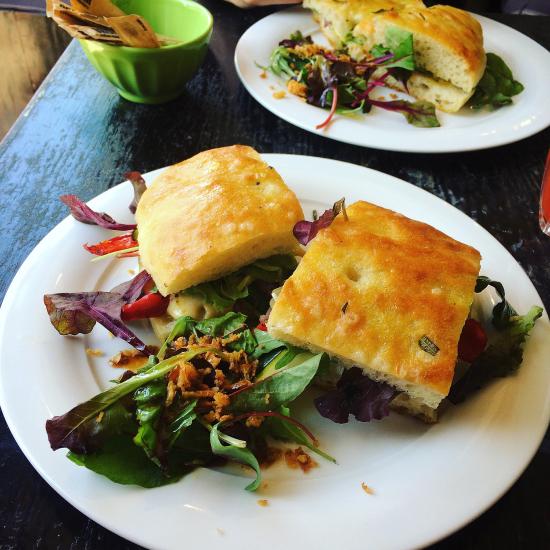 Went with our son who is a local and on his advice, queued outside from 6_6.30! There were 20 in the queue by 6.30 and the restaurant filled immediately.Fantastic tapas! So tasty and fresh. All came at good staggered intervals too.lovely relaxed atmosphere.Highly recommend!! 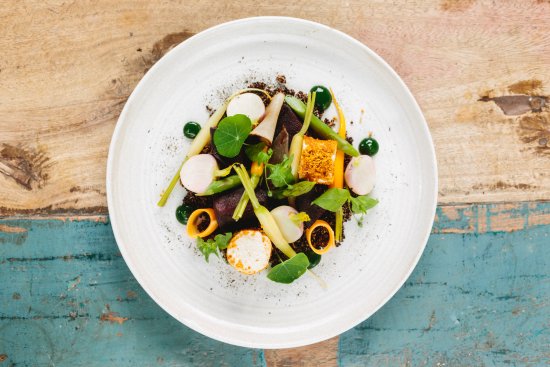 Showcasing some of the finest ingredients Cornwall has to offer, our award-winning restaurant, Rastella, is home to exquisite dishes inspired by coast and country. From Cornish line-caught mackerel to chateaubriand steak, we only serve the best of the bes

Merchant's Manor is an impressive manor house, and with the addition of new restaurant/concept, Rastella, we were very much looking forward to dining here during our stay in Falmouth. Based on reviews and articles, we should be in for a treat. It started off well, we were received politely and showed into the bar/lounge area to order some drinks and to have a look at the menu. My wife ordered the 'English Garden' and I had the smoking 'Old Fashioned', which was supposed to arrive, presented in a smoking box. Well, my wife got her drink, but I had to wait another 10 mins on my "smoking" 'Old Fashioned', which, fair to say, WAS presented in a box, but was otherwise quite smokeless. I mean, I'm not that pretentious, but why have it on the menu if you can't deliver it? Tasted alright, but their version, with rum instead of bourbon, did not excite.We ordered our starters and mains, and was eventually seated in the restaurant. Nice table with a garden and sea view. Bread came, which definitely was not baked fresh on the day - the crust was too soft for that and had that staler feel, like they were baked the day before. Which is odd, because we were there on a Monday. I don't like to be this picky, but for the price Rastella wants for their meal, they should also deliver quality in every step, every single time. Starters were a scorched mackerel dish and the oysters, which both were nicely prepared and tasted alright. Minds were far from blown, but at least these were nice starters. And then we waited. And waited. After about 35-40 mins we had to ask for our mains and - voila - they appeared almost instantly, like they had been sitting on the hot plate for a while without anyone noticing them. It was a slow Monday evening, so who knows.The mains are the main reason for this bad review, although there were other stuff to pick on. We had the smoked duck breast and the crab/lamb, and when both dishes arrived they were cold, looked dry and sparkless, and my lamb meat was not trimmed well enough, with an unchewable tendon going through the entire cut. Hopeless, and almost inedible. Obviusly, we should have sent them both back, but as you all know if you've had such an experience before, this just kills the whole mood and dinner experience. The kitchen and serving staff should obviously have done their job well enough in the first place.To make a long story shorter, we skipped dessert, paid (way too much vs what we got) and left very disappointed, with a somewhat sour start to our holiday. 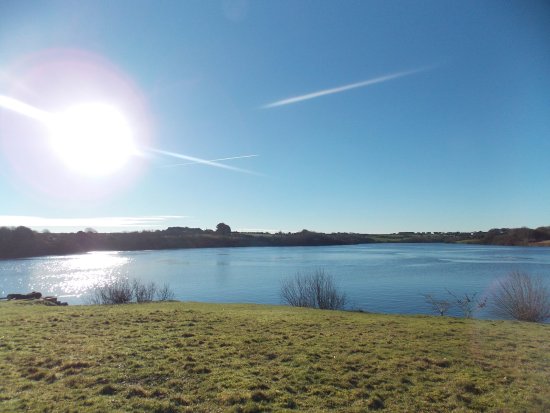 Good Vibes Cafe in Falmouth have teamed up with Fitness Wild to bring you Wild Vibes at Argal Lake. With personal training and workshops by the water, alongside all your Good Vibes favourites, including Origin coffee and the famous Signature sandwich, it'

It was a cold and somewhat damp walk around the reservoir and the cafÃ© was a welcome sight as we re-approached the carpark, we were hoping for a warm reception which we received. The cafÃ© is fairly basic, and the selection a little limited, but what was on offer was fresh, delicious and served with a friendly and welcoming manner. I would not say "cheap", in fact for a slice of cake and a (small) hot chocolate, the Â£5 in my hand was not enough, but the cake, chocolate and welcome were all warm, and my dogs were welcomed so that's a bonus. The walk itself was mostly good. The paths are mostly well maintained (I say 'mostly' because there were a couple of muddy stretches, but it had been raining recently and that was to be expected. There were small bridges over culverts and overall we will certainly be going back. The views all around are spectacular (see pictures), and the Wild Vibes cafe is just to the right of the dam, central to the panorama. It costs a couple of quid for the carpark, but apparently, that is used for maintenance - I've have preferred Â£1, for 2 hours (we were there just over an hour, including walking all around the lake, over the dam and having a drink). I'd go more often (= more business to the cafe) if the carpark were a tad cheaper. 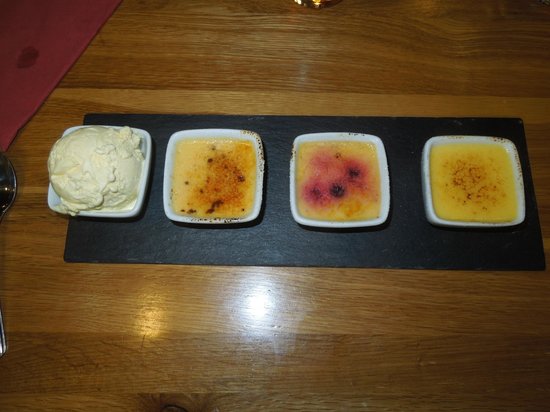 Stumbled across the Warehouse whilst looking round Falmouth one evening, the staff were exceptionally friendly and accommodating even though the restaurant was very busy, the service was really good. 11 mains, from fish dishes, steaks and pizzas and a variety of desserts were order and everyone enjoyed it. We will definitely be back if down this way again 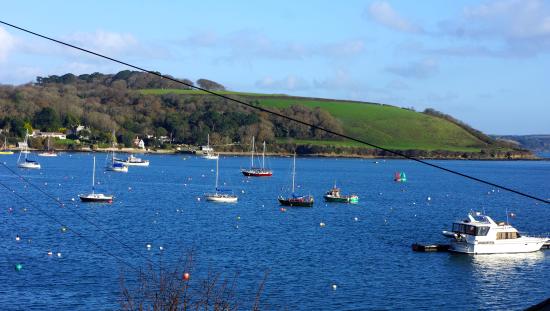 we visited this restaurant twice whilst in falmouth, on the first occasion we were in the main happy with the food although there was a delay on one of the tapas dishes turning up to the point where we were about to pay when it arrived, we had assumed it had been forgotten but anyway not a problem..so we went back again a few nights later and didnt have such a good experience in that the tapas my wife ordered all arrived in a timely fashion which she obviously needed to eat whilst still hot, however i didnt receive the tapas i had ordered till 20 minutes after she had eaten hers , i did enquire as to where my dishes were and the reply was that "this is how tapas works and the chef cooks it when he can"...so in effect we had a disjointed meal eating at different times which we didnt feel was acceptable ..it was a shame as having visited a second time we had hoped for better service..It is with great shame that I read your review as we try our utmost to make sure all of our customers have a great experience with us.From reading your review, it seems that the main reason for you not enjoying your visit was that the food (Tapas dishes) came out one by one and you were not sharing the dishes with your wife. Thus the dishes she choose came out first and the ones you wanted came out later. Tapas should be served dish at a time (as stated on our menu), sometimes two and for sharing. We don't send out dishes all together as this is not how Traditional Tapas works or a kitchen could cope. If you had informed us that you were not sharing we could have tried to send a little of each out so you could have both dined at the same time (this does not always work when very busy though - we try). I thank you for dining with us and hope you will give us another go.Best regardsMike. Good Vibes certainly lives up to the name,friendly smiling helpfull staff serving quality food and drink. We had a full English breakfast with coffee,top quality ingredients served by young people who treat customers with kindness and respect,a rare thing currently. Thank you we will return soon.