Where to Eat in Zanzibar City: The Best Restaurants and Bars 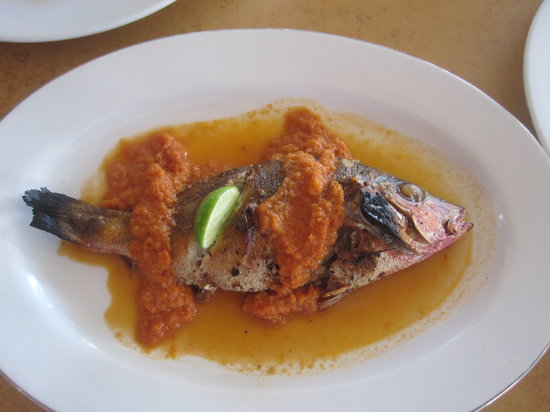 Terrific, no-frills, little place next to Tembo House hotel and near the water. Inside and outside Seating, a scuba shop is next door. My family and I had the rice, pizza, and fries....basically a kids meal:) Very good, reasonable prices, and friendly staff. Free wifi and bathrooms. Will go back again. Espresso was not excellent, but drinkable in a town where good espresso is hard to find. 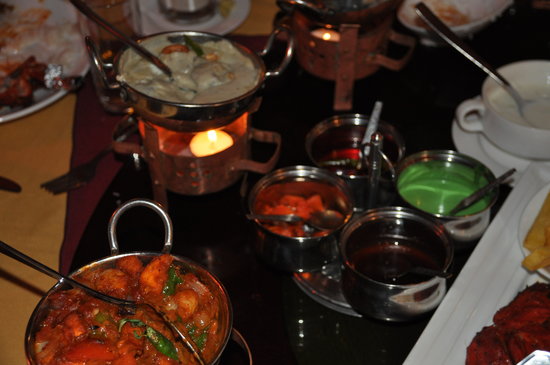 Central. Probably a bit more expensive than the average, but a very good choice. The quality and variety is very good. The service fast. Suggested. 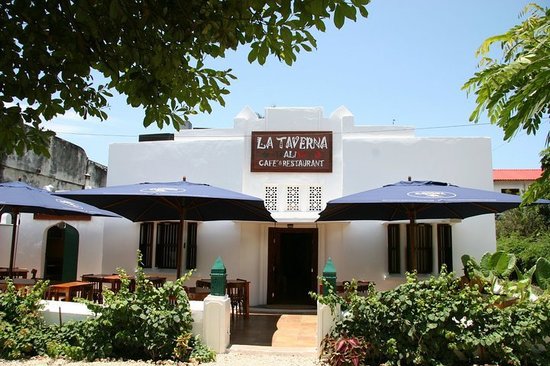 Walked to Taverna through Stone Town, amazing alleys, and only took 15 minutes (easy to get lost). Taverna is on Creek Road, sitting about 10 meters back, a nit hard to see. We were immediately seated arriving at 7:00pm, only one table taken on Dec 26th. We decided to sit outside as there was a breeze. Service was excellent, fast, and friendly. The bread was delicious, the pasta a 10 and the pizza a 9. The Kilimanjaro beer is tasty too. In and out in 45 minutes, great for the hungry kids. Will go back in a couple days for sure. 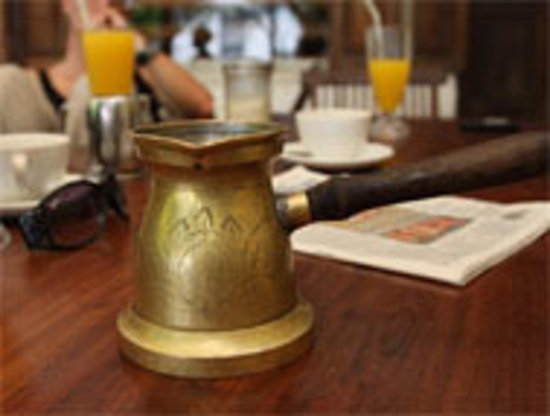 Stayed in the B&B in connection with the cafe, but ended also up eating in their excellent cafe. The breakfast was just great; avocado toast and banana pancakes that was served throughout the day, but we also returned here to have lunch several times as they really had a good and price worthy selection. The service was nice and very swift, which you can't find in many places in Zanzibar. This in spite of the fact that the place might be quite full the whole day. The second time we had lunch here we couldn't find a table for the whole group, but still we got place. They don't serve alcohol here, but you should try out their excellent fruit juices. 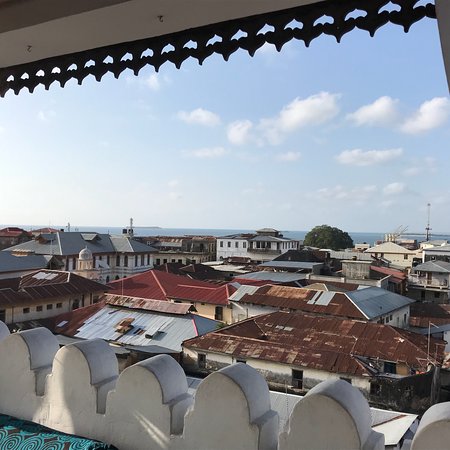 Athmosfere like 200 years ago, fantastic, friendly stuff, good food . Hotel owned by Italian couple . You can feel like you are in the movieDear Guest Amazing review Shukran Hosue of Spices 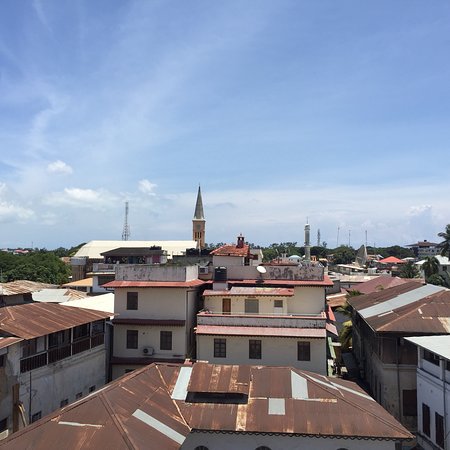 Reviewed By Niobe B - Annecy, France

What a wonderful place to escape the heat and craze of the markets in Stone Town! The Zanzibar women who work here were friendly, colorful and smiling....and one was a great barista. Served with a nice selection of daily baked goods and other snacks, you can while away an hour or two easily here. Management was kind and attentive to be sure all our expectations were met. I suggested they find paper straws to replace the plastic ones served, like Emerson Spice and some of the other cafes who have started to be more eco friendly, and she immediately went online to find some to order. I hope they get them soon....every little way that plastic can be eliminated is good for this beautiful island surrounded by the Indian Ocean. Thank you Zanzibar Coffee House Cafe! 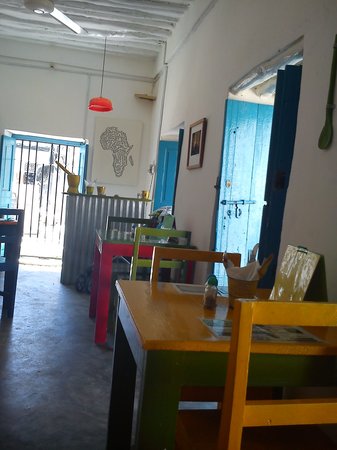 Lazuli is a small living room style restaurant in the Shangani district of Stone Town, serving modern Swahili lunches and dinners including selection of tasty sandwiches, chapatti wraps, salads, burgers, seafood and the best fresh fruit juices in town, always blended at the time of order using tropical fruits from around the island. Open everyday except Sunday.

Reviewed By WillemvP - Geldermalsen, The Netherlands

One of these simple restaurants with a surprising mixture of food. Really lovely, everything fresh. You should not be in a hurry. They need some preparation time. Awesome smoothies! 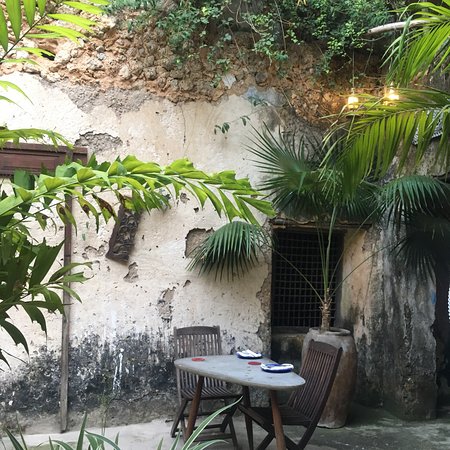 Emerson Spice have two Restaurants: The Rooftop Tea House Restaurant - The Seafood Based, Set Five Course &apos;Taste Safari&apos; Degustation Menu is prepared daily by our Zanzibari Chefs. The Sunset Hour is an integral part of the experience, so Diners are encouraged to arrive at any time after 5.30p.m. to enjoy a &apos;Sundowner&apos; before dinner, which is served at 7p.m. Reservations Recommended. The Secret Garden - set amidst lushly landscaped hidden &apos;Ruins&apos;, open to the skies, it has a Zanzibari inspired A La Carte Menu. Look out for live music performed by The Dhow Countires Music Academy. Open for Lunch and Dinner.

It’s on the Terrace of Emerson Spice hotel, on the 4th floor. The place it’s not exactly special but the 5 course dinner was really really good. Very interesting combinations, the menu changes every day.
The service is very good as well.
Reservation is required as it’s a small place.
I just don’t recommend for people that have issues to climb a lot of steps. 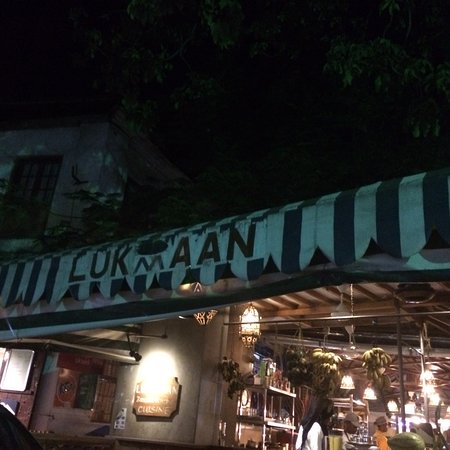 Lukmaan restaurant has been serving local cuisine to locals and tourists for over ten years now.Our new location under the Baobab Tree has become more favourite for its open air and live cooking enviroment.Welcome and enjoy the spiritual healthy eating under the Baobab Tree and you will get unique chance to see the real connection between human and the Baobab.

Lukmaans works like a street food restaurant. The food is awesome and plenty. You can choose between sides, meat, fish, some currys and noodles. Each meal is mostly between 3.000 and 8.000 and you just order the combinations you want to eat. They also have a large and cheap smoothie bar!

Our family including 3 teenage girls loved the experience from the moment we sat down around the small table until we finished off the evening with Ethiopian coffee and teas. Fantastic fresh fruit juices served in large cocktail glasses; special bread /nan served with the meal on a large shared tray was so unique; we loved the incense that is burnt and refreshed throughout the evening. Our teenage girls loved the citrus tea with honey and orange pieces. Very unique experience and memorable meal from our time in Stone Town. Thank you!
Caution: Cash only and Book a table in advance