Top Restaurants in Viana do Castelo

Top Attractions in Viana do Castelo

Where to Eat in Viana do Castelo: The Best Restaurants and Bars

A self-guided walking tour is the best way to appreciate the stunning architecture of Viana do Castelo. The buildings date from several different centuries so styles vary: highlights include the early 20th-century Basilica of Santa Luzia; the 16th-century fountain and former city hall building at the Praça da República; the gothic Cathedral on the Largo da Matriz; and the Monument to Caramuru and Paraguaçu, built just a few years ago in 2009.
Things to do in Viana do Castelo 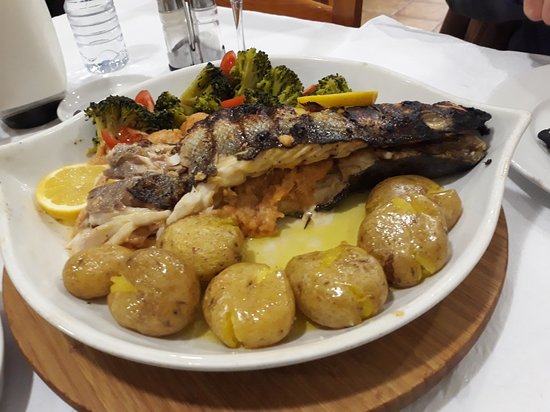 O Pescador Restaurant is located in the historical center of Viana do Castelo ... Visit the city and delight in here ... Be amazed by the delicious monkfish rice, succulent seafood feijoada and various grilled fish. Awaken your senses with cod dishes. At the end enjoy our traditional desserts ...

We can particularly recommend the seafood plate (for two) with rice and grilled sardinhas. Although the restaurant is mostly frequented by locals, they have English menu and communcation is no problem. Nice walk to the restaurant from the new center along the old main street.

Huge space with a labyrinthic layout. There were a crowd waiting for a table, and a enormous amount of people already eating. We made a reservation by phone, but it was not very useful, because Mr. Camelo only take note of Reservations and names when one arrived, and he seems to run the caos on a efficient way. Everyone got a table in one of the rooms or balconies available. 15 minutes after our arrival we were seated on a table. Waiters were diligent, and don't even try to count them. They are everywhere, dozens of them. We tasted "Rojões à moda do Minho" which is pork meat with liver and other parts of the pork, all fried with potatoes, and "Pernil de Anho" the leg of lamb in the oven. The "Rojões" were good without dazzle, but the rice made in the oven that goes with it was awsome. The leg of lamb was stunning. It is a pity that it is only on menu on the second Sunday of each month. As a desert we tasted " Pudim Abade de Priscos". It was divine. Despite the number of people to be served at " O Camelo" the quality is not sacrificed.They have a small parking , but it's easy to find a place to park outside. 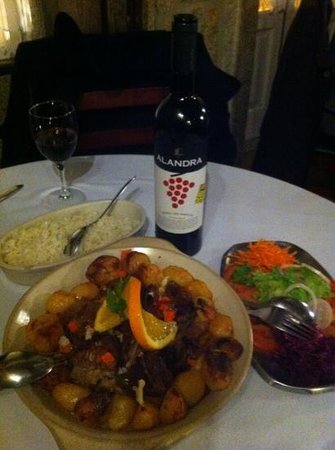 Went their for dinner while walking the camino Portuguese after checking TA reviews. A decent place serving traditional Portuguese food but nothing to write home about. Some of their starters pates were straight out of a can. Both the bacalhau and the cabrito were average comparing to other places. Desserts were nothing special either. Would choose a different restaurant in VdC in the future. 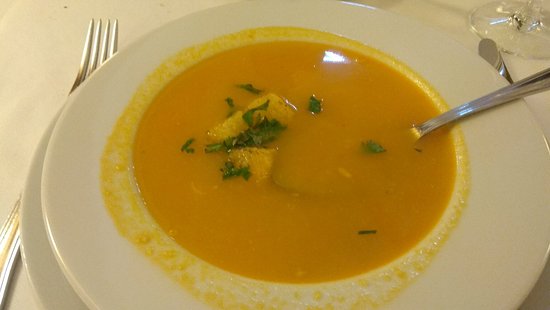 We ate here almost two weeks ago while staying in Viana do Castello overnight on the Camino Portugues.
We had walked around the town centre looking for somewhere we might have a full meal (instead of tapas/cafe), and found this just around the corner from our hotel.
We entered and soon ordered. I went for the Octopus (Pulpo) with boiled potatoes (skin on), cavolo nero, carrot & onion alls erved in a tureen with a sauce of olive oil & butter. Simple but delicious!
My companions enjoyed veal, ham, egg & chips (2 persons ate this) and the Turkey pasta dish. All gave good reports.
We enjoyed a good bottle of Douro wine with the meal. I can't recall the exact cost but we thought the meal was relatively inexpensive with good service in pleasant surroundings. 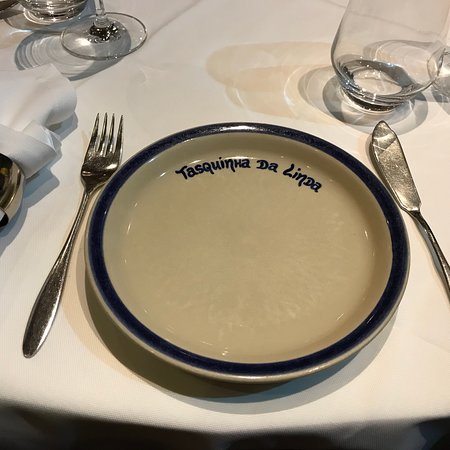 In an old warehouse of the tidal dock of Viana do Castelo, they send fresh fish and seafood. More than a restaurant, Tasquinha da Linda is a place of petisqueira vocation.

Like many, we turned up on spec but couldn't get in, so reserved. We went twice, it was so good. (Another fish restaurant nearby would make a living by catering for 'rejects'). Superbly cooked seafood (fish, shellfish) presented by friendly staff. Very good selection of wines as well.
We noticed that if you wanted to eat later (9.30ish), you could wait at adjacent Terrace for a table to become free. 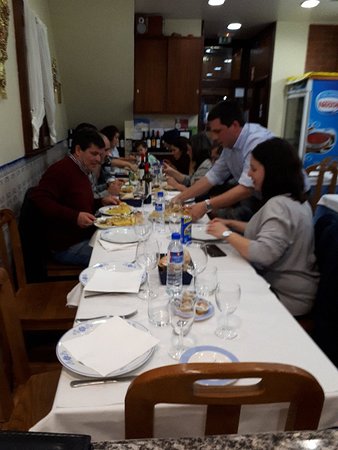 This isn't a big restaurant, but it's attractive interior made it look appealing.
I'm glad that we did because we were very well looked after by the owner, who was friendly and informative. Not a long menu, but it featured several of the best Minho options for which the area is renowned.
Our couvert options were accompanied by the best black olive I've ever tasted, and very reasonably priced wines.
Starters were good, and our pork and cod main dishes were very good - and very generous portions.
Try it - you won't be disappointed. 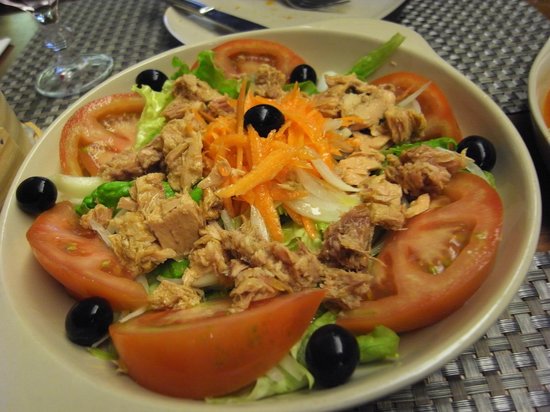 It is not easy to have a good Tapas restaurant just 30 minutes away from Spain. We try as we were looking for something different from the excellent Minho cuisine. We had great Pimentos Padron and the other tapas were juts average. The octopus, the calamari’s , the ham , cheese all OK but nothing really great. Anyway, the owner’s is great guy and the wine even better. 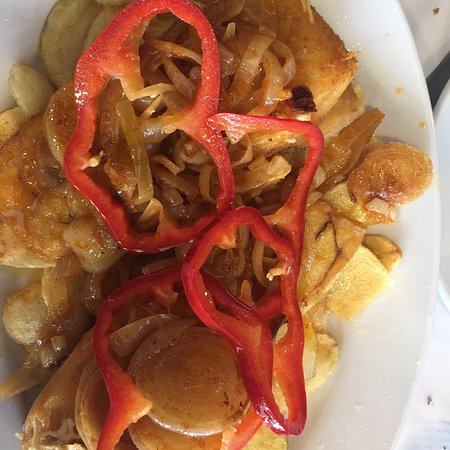 It´s not a luxurious restaurant but the food tastes really good! It remembers me my mum's food because it looks like you're eating in a traditional Portuguese home. Besides it's in a really nice location and they have affordable prices. 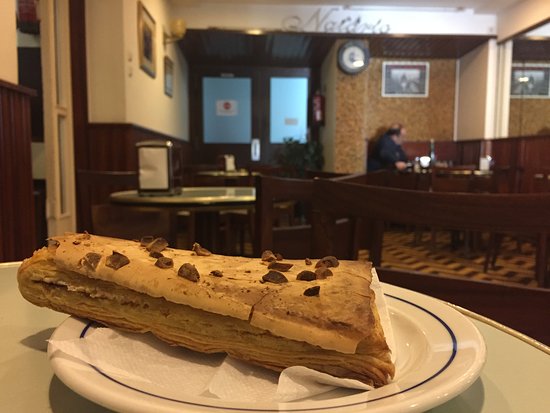 Great bakery! This is a mandatory spot for one of the most famous cakes in Viana do Castelo:the bolas de Berlim or Portuguese doughnuts! Simply delicious. It's tiny inside and tends to get very busy with slow staff but it's a must visit! If you are around the area do not miss Bolas de Berlim!. 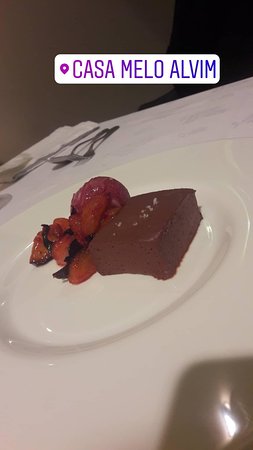