Where to Eat in Tarija: The Best Restaurants and Bars

Tarija or San Bernardo de la Frontera de Tarixa is a city in southern Bolivia. Founded in 1574, Tarija is the largest city & capital and municipality within the Tarija Department, with an airport (Capitán Oriel Lea Plaza Airport, (TJA)) offering regular service to primary Bolivian cities, as well as a regional bus terminal with domestic and international connections. Its climate is semi-arid (BSh) with generally mild temperatures in contrast to the harsh cold of the Altiplano (i.e., La Paz) and the year-round humid heat of the Amazon Basin (i.e., Santa Cruz de la Sierra). Tarija has a population of 234,442.
Things to do in Tarija 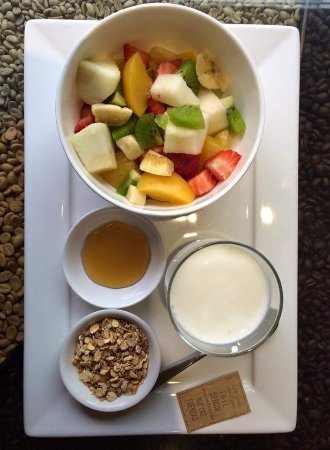 Cafe Mokka, since 2001 the best coffe in the city!

Fantastic coffee and beautifully presented. It has great 4g wifi which is strong enough for a reliable Skype call. They do snack foods as well but not meals. Great value pricewise and it has only been open about a month...very modern for Tarija! 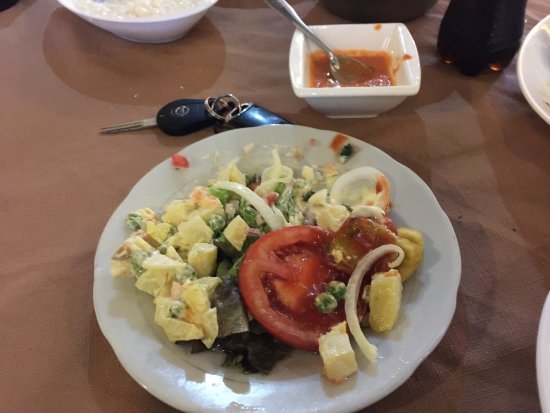 Food: On a good day, it is the best steak/beef in Bolivia, on a bad day, your meat will taste like lemon, added to cover up other things.
Service: Usually bad.
Is it worth it? If you consider yourself lucky, yes, because you might have a taste of splendid meat, and like I said, if it is a good day, this overcomes the bad service.
About the pricing: Yes they do charge you if you go to the salad bar, even if it is just for peas, I do not consider it cheating, but they should tell you in advance (they do not).
When you ask for the bill, ask for it "detallada" or broken down.

Good to feel well away from the bustle of the city. On the lunchtime when I invited my colleagues to join me there was no grilled meat dishes but the range in the serve-yourself area inside was fine. Food nothing special but locale and atmosphere fine. 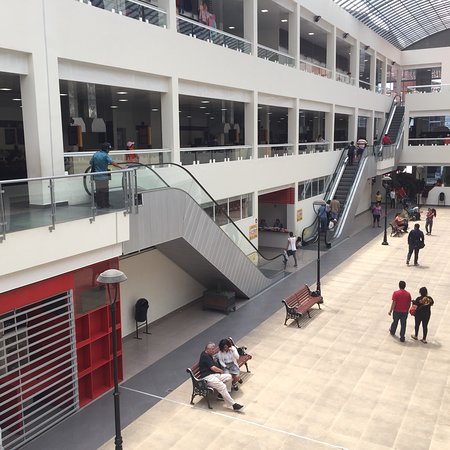 If you want a local experience there are plenty of other nice Pensiones to eat at. Eating at the Mercado Central is, well, let's just say demoralizing. Not to mention filthy. So it has been torn down and a total overhaul has been promised. Hopefully Tarija will get on par with Santa Cruz and get something decent to do shopping and eat like a local.

Right at the plaza, the location is hard to beat for the outside Seating, having a coffee and watching people.
We also had dinner there (inside, too cold in the evening), and were happy with the main courses (stroganoff and fillet with pepper sauce). The olives and cheese starter was below average. Service was OK but not outstanding.
The coffee and crèpes can be recommended, and on the Terrace during the day service is great. 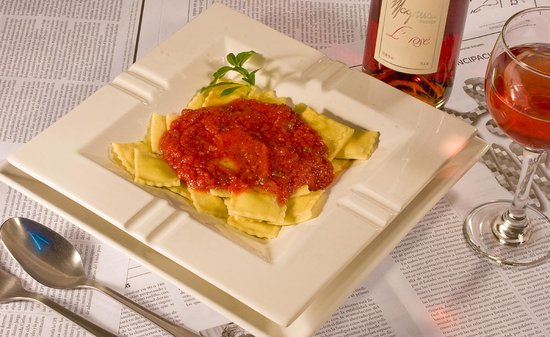 Excellent deal. Highly recommended!
Great ambiente, spacious, high ceiling, potted palms
(Ignore the unrepresentative photo of a side room)
Owner-managed and it shows!
Great dishes and wines, and all at unbeatable prices!
Attentive service, great downtown location.
Even has vegetarian options! <almost unheard of in Bolivia!>
On a value-for-money basis, definitely the best deal in town!
Note: Open only for dinner except on Sundays <lunch only,
family restaurant in the Fellini tradition>
Closed on Wednesdays. No CCs apparently. 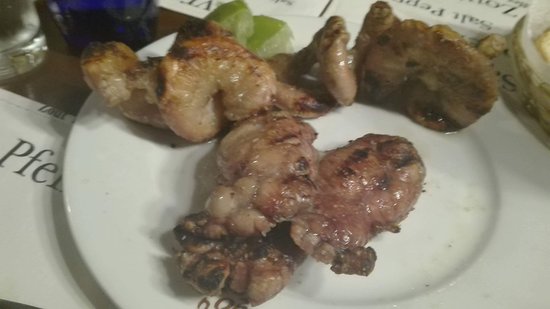 We had the super bife for two, preceded by some mollejas, and accompanied by some Bolivian wine. All was very good.
Next day, we went again and tried the parrillada especial para 2. As expected, this is not for the faint-hearted, with different intestines, tira and other very intensive stuff.
The salads and sides on the buffet change slightly each day and are good as well. 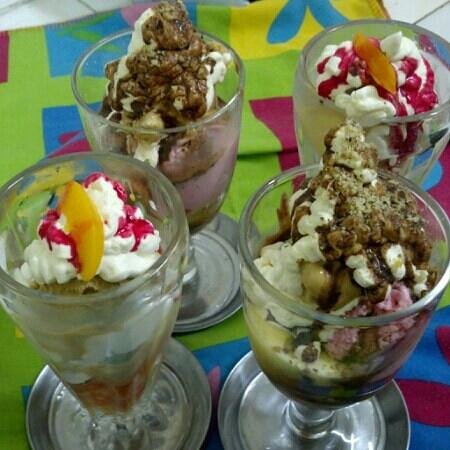 Besides having a great taste, the flavors of blueberry and blackberry have a lot of whole fruits which are really healthy. Combat cancer and are powerful antioxidant. 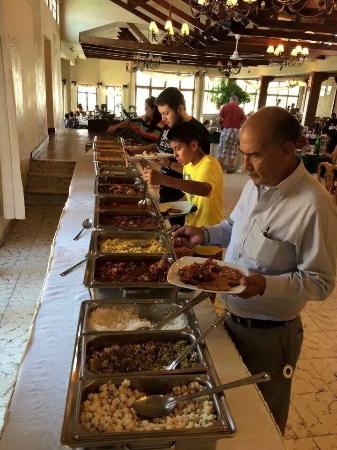 Came for Sunday lunch. Packed with people... many families enjoying the delicious assortment of food. Meat was overcooked for me as I like really rare but everything else was prepared excellently. Dessert table is to kill for... YUMMY ! Modern and clean with cheerful & helpful staff. 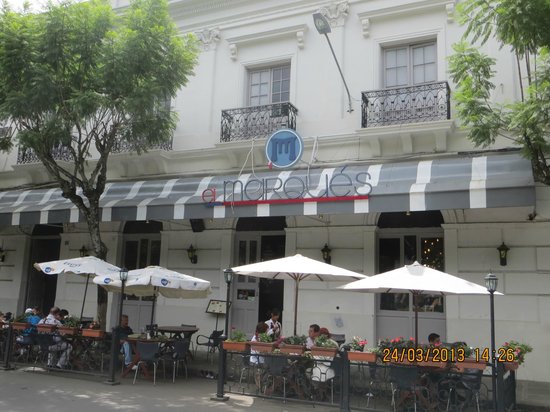 The first visit to El Marques was for breakfast. American style with toast, jam, juice, coffee, bacon & eggs for 38 Bs. Food was great and excellent coffee.
Te second visit, I went alone for lunch, ordering Vegetable Tortellini with 4 cheese sauce (36 Bs.). Was served with crusty, stale bread and the sauce really only tasted of blue cheese.
Our third visit was for dinner. We ordered pizza and a bottle of wine. The pizza had sufficient toppings but the base was soggy. Tasted better cold the next morning.
Service is friendly and the cafe isn't as busy as the others around the square but the food is hit and miss.