Where to Eat in St. Andrews: The Best Restaurants and Bars

St Andrews (Latin: S. Andrea(s); Scots: Saunt Aundraes; Scottish Gaelic: Cill Rìmhinn) is a town on the east coast of Fife in Scotland, 10 miles (16 km) southeast of Dundee and 30 miles (50 km) northeast of Edinburgh. The town is home to the University of St Andrews, the third oldest university in the English-speaking world and the oldest in Scotland. According to some rankings, it is ranked as the third best university in the United Kingdom, behind Oxbridge. The University is an integral part of the burgh and during term time students make up approximately one third of the town's population. St Andrews has a population of 16,800 (in 2012).
Things to do in St. Andrews 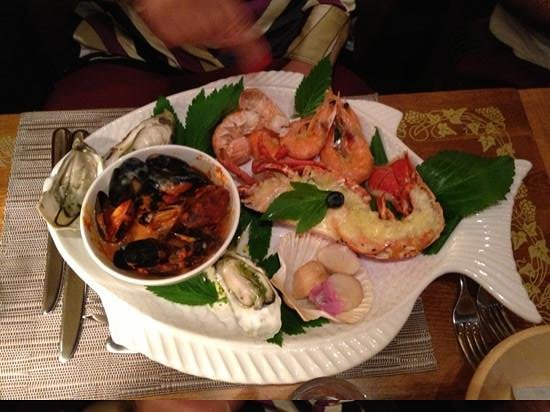 An absolutely fantastic food experience. A few years since we have been as we moved further away but well worth the trip back. The food is delicious, the service warm and welcoming and ambience is delightful. Well worth a visit if you enjoy quality, well cooked food. We can't wait to come back.

2. Restaurant at The Russell 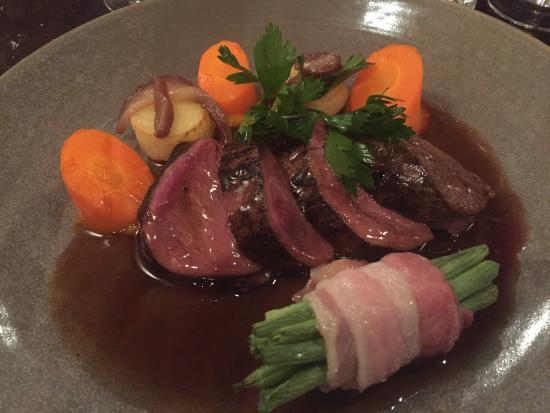 The food is good here and the atmosphere is good. However, both times I have been here the staff have tried to give change using the old one pound coins. Once seems a mistake, twice is a bit suspect especially as it was only this week it happened. Shame I would be giving it a 5 star if it was not for this behaviour. 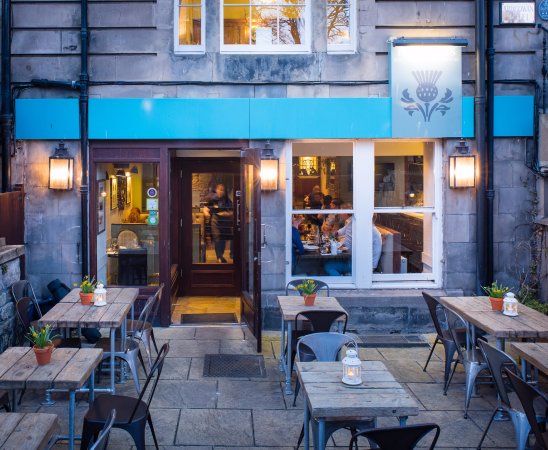 Playfair&apos;s is one of the oldest established restaurants in St Andrews and continues to offer great value for high end casual dining in a relaxed and welcoming atmosphere. All our food is freshly prepared with ingredients from local independent businesses wherever possible. Our dishes are created in house by our experienced chefs led by Head Chef Duncan McLachlan. Duncan&apos;s skills were refined at Gleneagles before he joined Playfair&apos;s last year, and we now have three highly trained Gleneagles chefs. To complement the food there is a tempting wine list with great choices offered at reasonable prices. Children can enjoy their own exciting menu, also prepared from fresh ingredients, in both Playfair&apos;s restaurant and bar. Join us in Playfair&apos;s and enjoy good food as it should be.

Reviewed By Kari B - Boston, Massachusetts

Locally sourced ingredients and fantastic menu. Order the asiago crusted cod - superb! Cozy downstairs restaurant with a cozy yet upscale atmosphere. Street level patio looks wonderful for warmer weather. Excellent choice in local dining.Dear Kari B, Thank you for your lovely review. We are so happy to bear how much you enjoyed your meal with us. We welcome you back and look forward to seeing you again soon. Warmest Regards, Jordanne Imrie Restaurant Manager 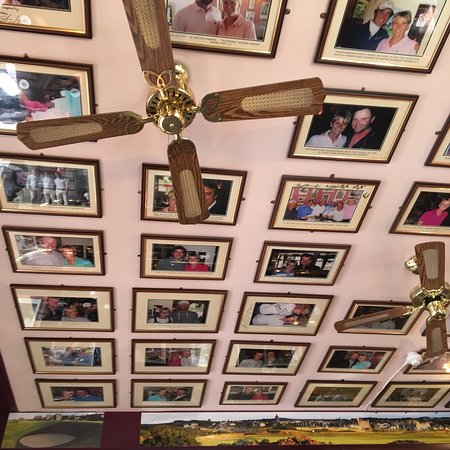 Although this is a busy restaurant the quality of food is extremely poor. Remember we are in the best area in Scotland for fresh fish and this restaurant serves frozen fish and oven chips. Over priced and poor quality, a tourist trap.

5. The Grange at St Andrews 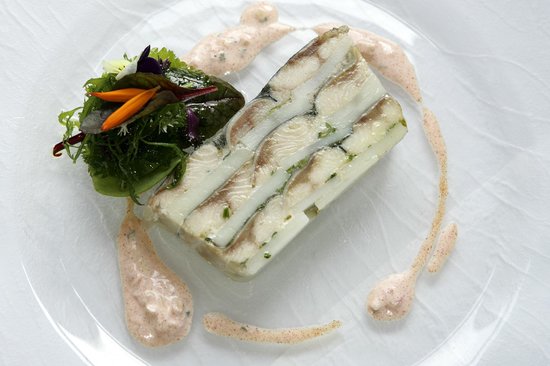 We stayed in the town of St Andrews and got a short taxi ride to the restaurant about 7 pounds. From the moment the four of us sat down the service could not be faulted. The complimentary samples of amazing food between courses we ordered was also a nice touch. Prices for wine reasonable as well. My entree of pumpkin soup was the best ever as was all the meals. Desserts were even better honeycomb icecream and beer pudding (like sticky date) deeelish. A really great classy evening but not at all pretentious. The service was perfect staff so so friendly. If you are staying in St Andrews you definitely need to visit The Grange you wont regret it.

6. The Tailend Restaurant and Fish Bar 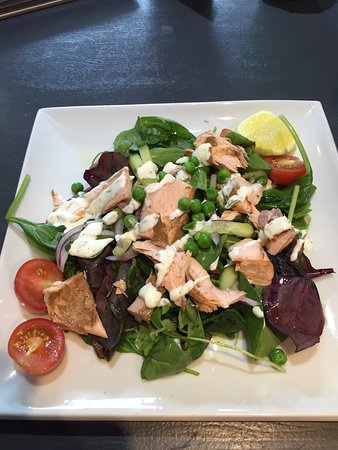 We are a family run fish bar and restaurant. We have been in the fish business for four generations and we hope to keep the family tradition going. All our fish is locally sourced and is as fresh as can be. We have our own fish house based in Arbroath, Where we are particularly famous for our Smokies! (Haddock cooked over a barrel, giving an intense smoked flavour) and our Humble Haddock is also a customer Favorite! We are passionate about seafood and it comes across in all our dishes from the Humble Haddock to our Seared Tuna steak! We carry a bespoke range of wines and whiskys suited to compliment your dish, just ask our serving staff for advice.

Never fails us. My friend is gluten free which and we can share time together both enjoying fish and chips as they offer gluten free batter etc. So tasty....always good....never had a problem. Service great and if you do the cinema deal we can't think of a better night out. Well done Tailend !! 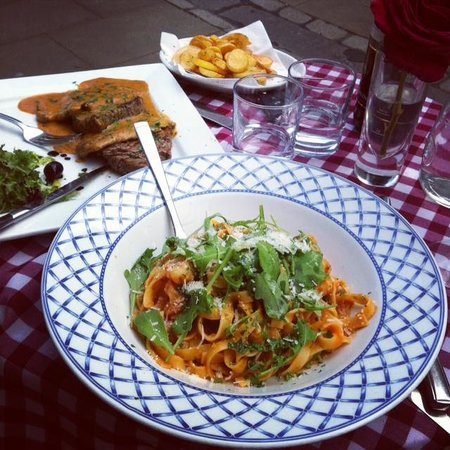 Small family run Italian Restaurant offering value for money without cutting any corners. Catering for business lunches/dinners, family meals, Celebrations - what ever your event, please let us know and we will try to cater to your needs. With so many repeat customers, we aim to offer excellence!! This is being achieved by a dedicated and loyal team of staff.

Visited to book table for lunch, staff hummed about taking our booking for 5, as they already had 2 large groups 'allegedly ' booked. Offered us 2 tables of 3 and 2.......bizarre, sadly will not be back nor recommend to others. We went elsewhere for an excellent lunch. We passed by little Italy after our lunch, to see a rather empty and quiet restuarant....pity but their loss and another's gain..... 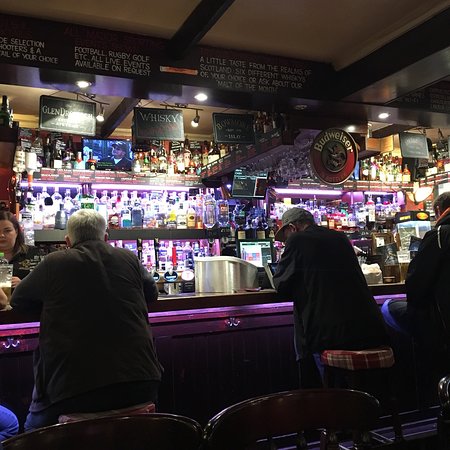 We have just been to an award ceremony picking up the best pub in Scotland 2014. We are truly honoured to have great customers who put us forward. We have been trading since 1979 in the centre of st.Andrews. We are a very friendly, family run local bar that strives to make all our customers happy at all times. We are very passionate on malt whiskies with over 100 malt whiskies at any time, with new ones coming in all the time.

Me and the wife visited this pub on Christmas Day , what a find , proper pub with proper locals. Welcoming bar staff , friendly owners, great service together with a nice atmosphere. First time we have been here but it won’t be the last. Great traditional pub , thanks to everyone at the Keys for making us feel welcome. 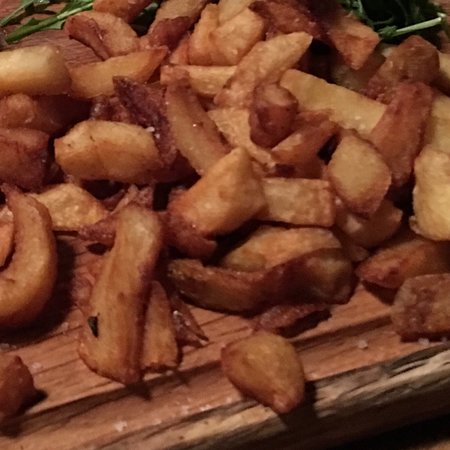 We enjoyed the tastiest beef stew ever at Balgove. Accompanied by creamy potatoes, the rich gravy and tender beef made a most delicious lunch and sustained us on a windy walk along the beach at St Andrews. Though the cafe was very busy, we were promptly served by friendly staff. Clearly Balgove is a very popular place and, with food as good as this, it's easy to understand why. 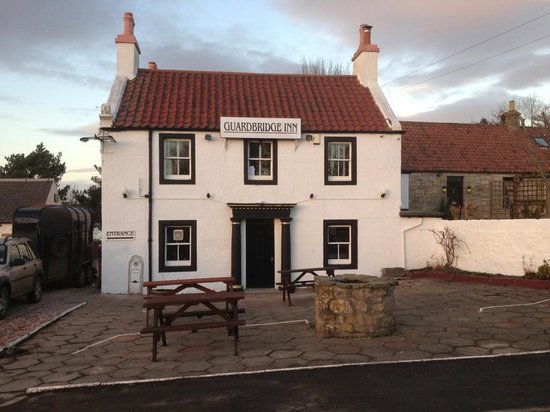 I booked for a group of 9 of us for lunch suggesting we would have soup & sandwiches before going off for an Eden Mill tour. When we saw the menu most of us were enticed to order something else. The waitress knew we had limited time and told us how long our choices would take to be cooked then we all changed our minds, which she dealt with very efficiently without a hint of impatience.
I had the salmon & cream cheese sandwiches and the leek & potato soup. Both were great. The salmon was fresh and the bread lovely. Others had the garlic mushrooms & pork. All were polished off & enjoyed.