Where to Eat in Soria: The Best Restaurants and Bars

Soria (Spanish pronunciation: [ˈsoɾja]) is a municipality and a Spanish city, located on the Douro river in the east of the autonomous community of Castile and León and capital of the province of Soria. Its population is 38,881 (INE, 2017), 43.7% of the provincial population. The municipality has a surface area of 271,77 km², with a density of 144.13 inhabitants/km². Situated at about 1063 metres above sea level, Soria is the second highest provincial capital in Spain.
Things to do in Soria 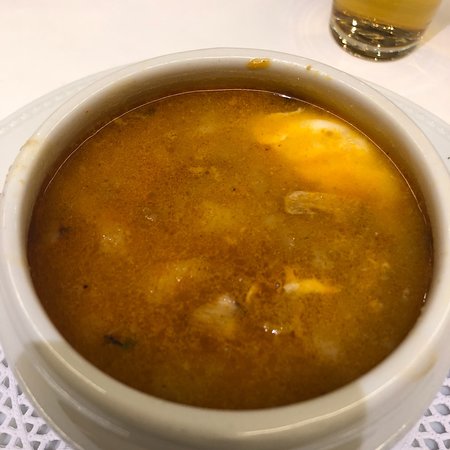 we had a group lunch and overall I´d like to rate this restaurant as good.
Nice ambiene, quick service, tasty food and excellent coffee.
There is not much more to say because I don´t have to criticise anything and I liked everything but as the review criteria expect more word I repeat myself and say again that it was nice and I liked it and I am not an "easy" customer. 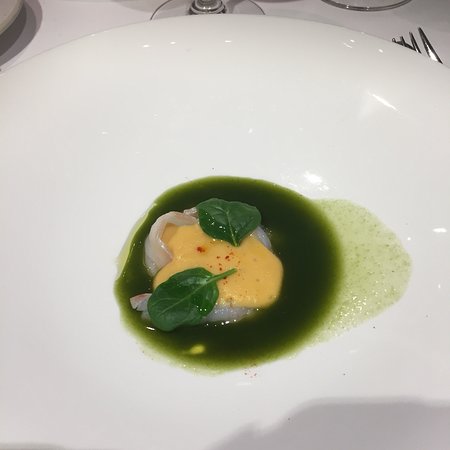 You must go to Soria (great province to explore in Spain), but you definitely need to have a meal at "Baluarte". Oscar received the best-chef award of the entire Castilla y Leon and if you are lucky to get a reservation to his restaurant, you will know the award was indeed deserved!
His restaurant is contemporary & elegant, trendy & appealing and the 13-course meal served with various types of beer (you can order wine instead if you want) is a great hit! You anxiously await the next dish while still enjoying the flavors, colors, creative presentation of your current one. My husband and friends had the beer but I ordered a Ribera del Duero (of course) and now I love 'Antidoto' (a great red from 2011).
The service impeccably punctual, friendly and efficient by Oscar's wife and other 2 equally attentive staff. The ambience was very cozy & welcoming.
Our friend & his wife celebrated their daughter's First Communion in May at Baluarte and visit there everytime they can. We were so thankful that they invited us to eat there: we live in NY & spend our summers in Italy and always enjoy a great meal. A 'must go' restautant in Spain.
Thank you Oscar Garcia for saying hello in our way out! Can't wait to go back to your wonderful restaurant. 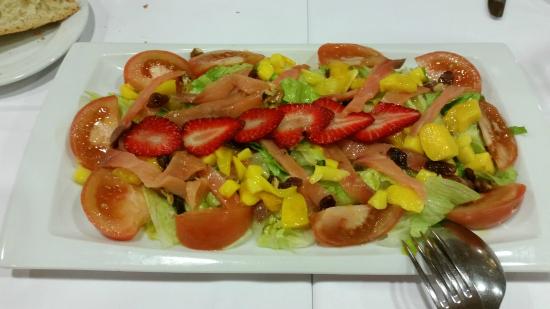 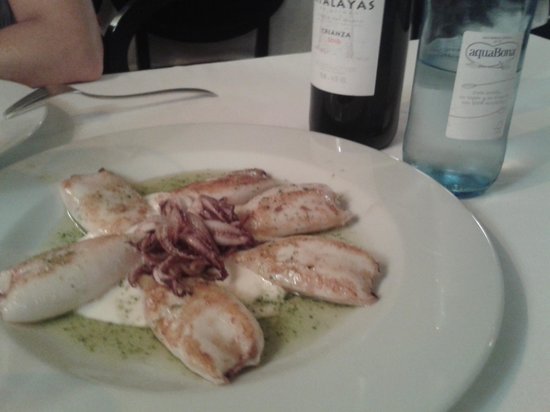 Reviewed By Victor B - Seattle, Washington

We stopped in Soria in our way from Logroño to Madrid. Despite knowing people in the city, we only had time to eat and keep driving -and it was late. We found Garoa through the recommendation of a person in the street, and it was one of the best finds in the trip.
Good food, prepared with care and with great ingreadints. Fresh and interesting. The prices are very reasonable, the decor is not amazing, a little disjointed trying to be modern, but it's quiet, with nice tablecloths and comfortable.
The prices were very reasonable.
Strongly recommended. 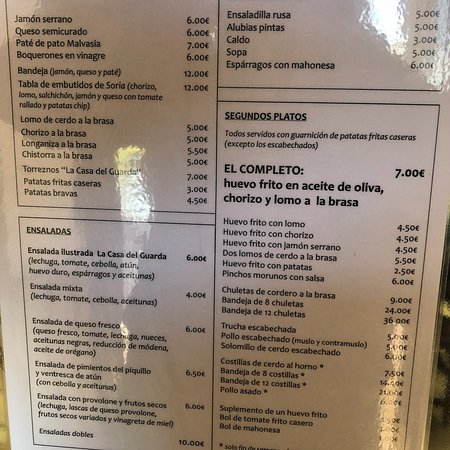 This restaurant is one of the best I have ever had the privilege of visiting. The location is stunning, the attention to service is second to non. The food is to die for and the wine list is extensive and reasonably priced. What ,more could anyone want. Anyone that is not pleased with this restaurant is not able to be pleased. The staff are attentive and service with a smile is the norm. 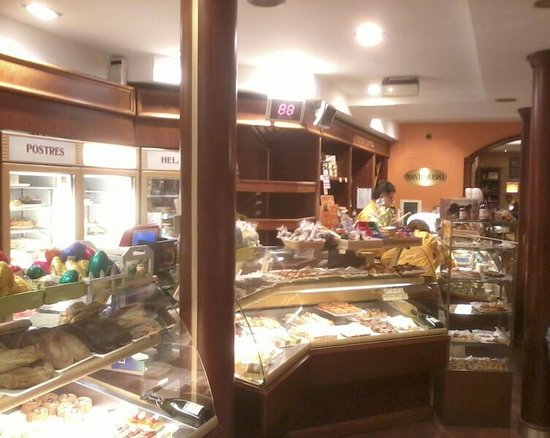 There seem to be two branches of this cafe in the town, but they are both equally good. We dropped in for coffee and cakes and spent a pleasant half hour stuffing our faces with some really good cakes. There's an excellent choice of cakes and you will find it difficult to choose. There are tables available if you want to sit in. So, you can take a stroll round the town and visit both branches just like we did. Any excuse for a cake! 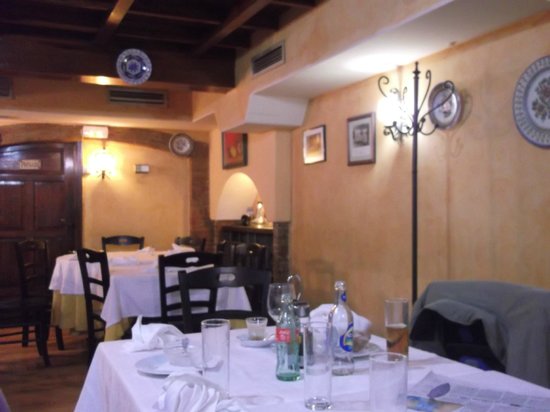 We'd had this place recommended to us by a friend, and we were glad we found it! We basically went to see what they had in the way of setas (wild mushrooms), and we thoroughly enjoyed tasting their competition entry seta pinchos, with the 2012 winner being our recommendation, setas with cod and potatoes, it was delicious! Very friendly staff, we just sat in the bar and stuffed ourselves there, but the platters of setas we then saw others being served made us wish we'd forked out a bit more and gone into the restaurant bit at the back! We'll be going back to do that at some point... 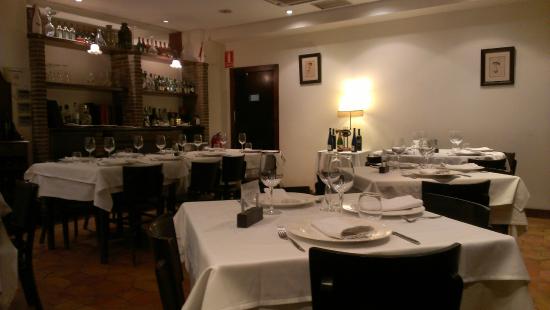 Small dinning room and simple menu, but everything tasted fresh and good. The pork sirloin was good, and the cheese and black sausage crackers as well. Vast choice of liquors and drinks for a nice after dinner talk. 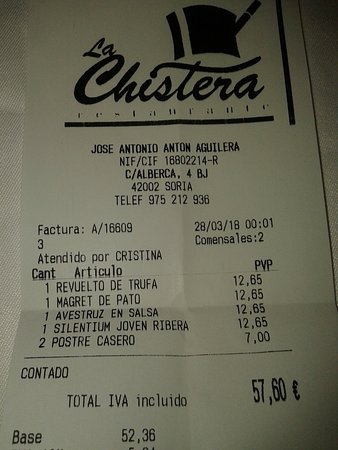 We picked this restaurant through Trip Adviser. Excellent restaurant, with delicious and unpretentious food, huge portions and lunch menu for 12.50€, wine included! Amongst a family of six, we tried almost everything on the lunch set menu and they were all good. Efficient and warm service. A memorable meal! Come into the Parador’s modern restaurant and enjoy its magnificent views while you try the specialities of our menu, innovative dishes made with local ingredients such as our pheasant paté, toasted sucking pig or sweetbreads with boletus and níscalo (wild mushrooms).

First visit to Soria and Spain. The Hotel is located on the top of a hill. The Restaurant offers a panoramic view overlooking a very scenic landscape. The food was well prepared as well as tastefully presented. Was pleasantly surprised with the combination of Garlic with Passion fruit paste. Was happy to have vegetarian choices included in the menu and customization done to suit varying tastes.
Look forward to staying at the hotel at some point of time when vacationing