Where to Eat in Schwaebisch Gmuend: The Best Restaurants and Bars

Schwäbisch Gmünd (German pronunciation: [ˈʃvɛːbɪʃ ˈɡmʏnt], until 1934: Gmünd) is a town in the eastern part of the German state of Baden-Württemberg. With a population of around 60,000, the town is the second largest in the Ostalb district and the whole East Württemberg region after Aalen. The town is a Große Kreisstadt since 1956, i.e. a chief town under district administration; it was the administrative capital of its own rural district until the local government reorganisation on 1 January 1973.
Things to do in Schwaebisch Gmuend 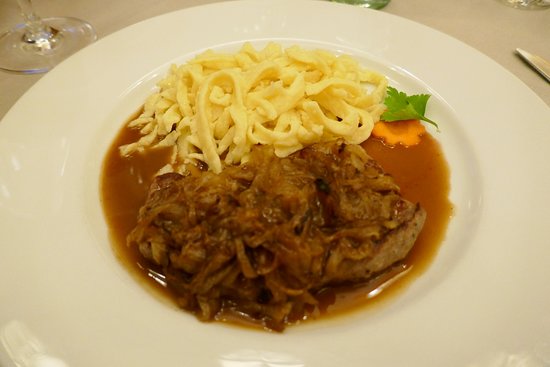 Das Stadt-gut Hotel und Restaurant in Schwäbisch Hall, übernachten und lecker essen Master kitchen: here the chef cooks! Swabian- hittish- Franconian, regional, seasonal to classic-international ... refined and varied! Preferred use of regional and biological products. On request, we will be pleased to send you our menu and our current culinary calendar. Our restaurant is open for you Monday to Sunday from 12:00 to 14:00 and From 18:00 to 22:00. From 1 May to 30 September, hot meals are served 12:00 to 22:00, on open-air days until 23:00. Catering and buffets We will gladly tailor it to your wishes. Whether for your business, your family celebration or your birthday. You do not have time at lunch? Then you can simply deliver our picnic basket to your office. Just ask. The Feierspezialist With us your wedding, the family celebration, the company celebrations or a jubilee. Our restaurant offers you 110 seats. Would you like to be pampered in a small circle? Then our "Brauerstube" is up to 30 people just right for you. Treat yourself to an aperitif in our beautiful inner courtyard and let yourself be entertained in our AdlerFestsaal for up to 60 people. Conference and seminars In a pleasant atmosphere. Our "AdlerFestsaal" offers you 60 seats, equipped with the latest conference technology. Beamer, flipcharts, overhead, projector case and pin walls are available for you free of charge.

So we were a group of 5 for dinner and drinks. Service was promptly and courteous. The food was delicious. Traditional meals and great steak as well. Large portion sizes. Cold beer. We sat on the patio and we're entertained the entire time by a rehearsal for a play happening right beside the restaurant at St Michaels church. Great night. 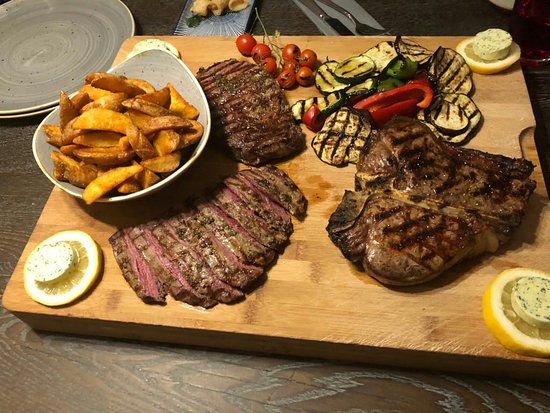 From the outside it looks very unassuming. On entering I was greeted with a warm cosy atmosphere.
The restaurant is over several floors with lots of nooks and crannies, really gorgeous.
The waiter could tell I wasn't German by my appalling linguistic skills and immediately made me feel at ease. He was so sweet and the service was fantastic.
When you travel alone as much as I do, great service and kindness go a LONG way!
Food was great, masses of choice. Came quickly, and was hot and fresh.
Beer was great too. 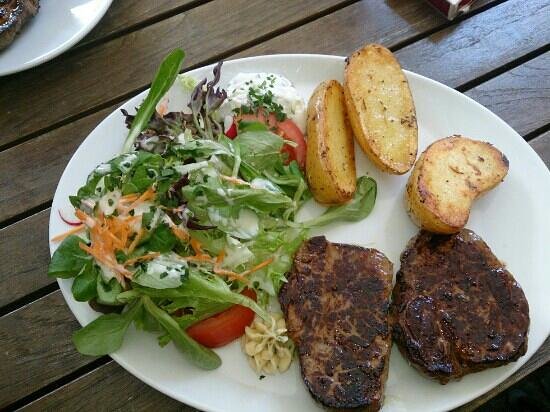 This was our second visit to Entenback and hopefully won't be our last. We were served, as before, by the owner/manager who's English is excellent and he even understands our sense of humour. I had a dish translated as three various steaks. They were beef, veal and lamb. All were perfectly cooked and amongst the most tender pieces of meat I have ever had. The local white wine he recommended was also excellent 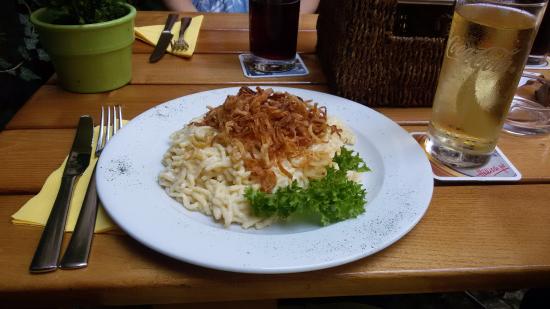 We arrived as the restaurant opened and were immediately made to feel welcome. Whilst the lady who served spoke very little English, she somehow understood what we were talking about. The service was excellent, beer was nice and cold and the food very edible. 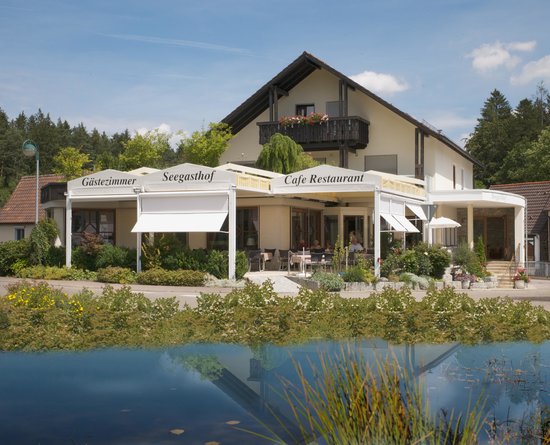 Just go there and enjoy nice swabian (southgerman) food. Its located directly at a small lake (street is in-between) I advice to reserve a table ! 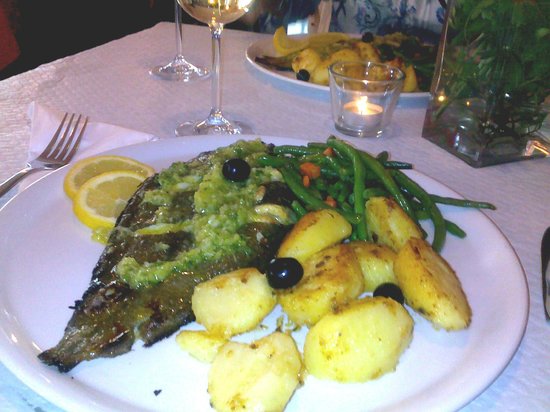 This is a very authentic Portuguese restaurant with an excellent selection of dishes, there are also Portuguese beers and wines available to accompany your meal. The portions are huge and delicious and at about €15 for a main they’re really good value for money.
Staff were efficient and friendly. This is definitely worth seeking out if you find yourself in Backnang. 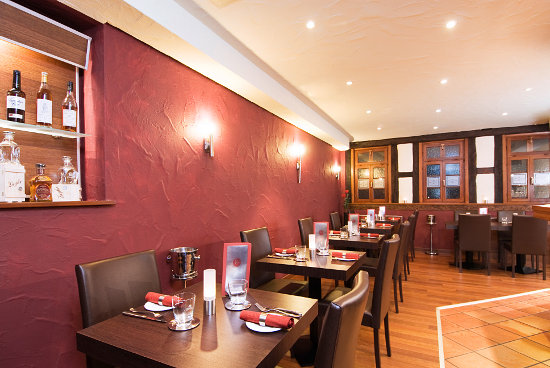 Try the Steak Menu which is now served daily. It is not really cheap but quality justifies the price of 39 Euro per person. No drinks included. 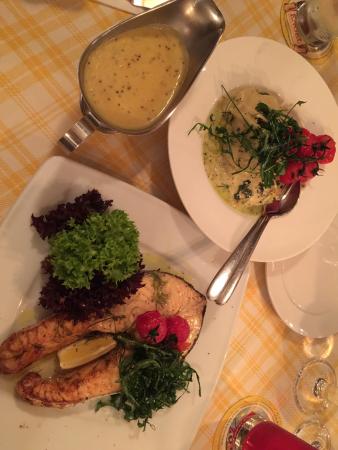 We had an enjoyable dinner at the Acanto as our hotel (The Stadthotel - just down the street) did not serve evening meals. A nice sitting area on a fine summer evening. 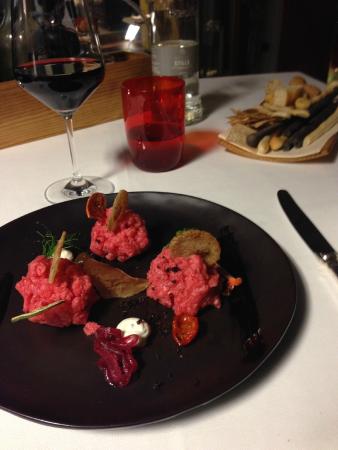 In an old building near to the Münster, Fuggerei reaches a very good level of cooking. The restaurants seats around 50-60 people in one single stylish vaulted room. The staff is attentive and the chef has a high performance ambition. Accompanied by a good selection of wines the menu is a mix of international and locally inspired dishes. We enjoyed a perfectly cooked fish, elegantly served with a balanced assortment of vegetables .
If your'e tired of the more simple and heavy - albeit often good - German cuisine, this should be the place. Highly recommended! 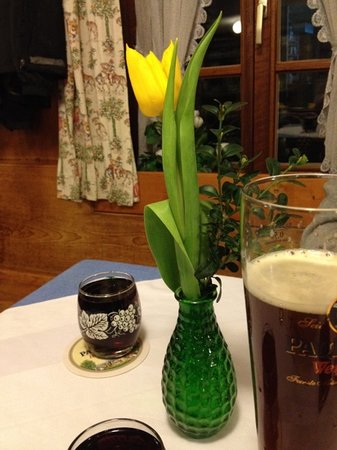 It's not an obvious place to find as a tourist since it lacks the usual shiny Neon outside but well worth a visit. You can get local schwäbisch food well prepared. The service is excellent. Need i say more?