Top Restaurants in Province of Zaragoza

Top Attractions in Province of Zaragoza

Where to Eat in Province of Zaragoza: The Best Restaurants and Bars

Zaragoza (Spanish pronunciation: [θaɾaˈɣoθa]), also called Saragossa in English, is a province of northern Spain, in the central part of the autonomous community of Aragon. Its capital is Zaragoza, which is also the capital of the autonomous community. Other towns in Zaragoza include Calatayud, Borja, La Almunia de Doña Godina, Ejea de los Caballeros and Tarazona.
Things to do in Province of Zaragoza 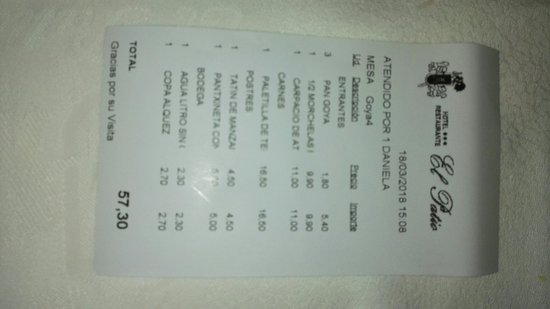 Discreet, a distinguished and pleasant working lunches, meetings or family celebrations. Located in the basement of the Hotel-floor restaurant "El Patio". Deserving of a sun in the Campsa Guide and outstanding in the main Guides: the selection of Gourmet, Michelin, Gourmetour, also recognized with successive awards in the contest of restaurants in the province and Zaragoza.

The road from Zaragoza to Madrid does not offer good choices for restaurants. Yet, in a small detour from the autovia in sleepy La Almunia is this excellent restaurant. It is part of a hotel/bar/restaurant complex with its own parking. The restaurant is the jewel. It offers a very sophisticated fare mix of updated traditional dishes of the region with new modern designs and at excellent prices given their quality and presentation. We had a traditional swiss chard stem like no other, it had foie and mushroom only to be surpassed by a first course of their carpaccio of pigs feet and truffles. The pheasant was well cooked and the roast of baby goat unsurpassed by any other we had tasted in extensive trips through Castile/Aragon. The service is outstanding and several reviewers have mentioned Daniela. She indeed is the star, well poised,efficient and friendly without being overbearing. This is Goya's territory and while you are it, it is worth a small detour to visit his humble birthplace relatively nearby. He would have been proud that they have such a restaurant in such a esparce land. 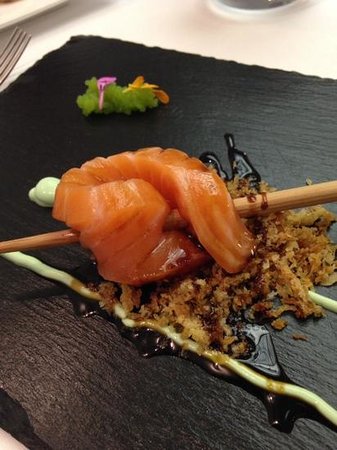 David the maître d/ sommelier was excellent. As a South African the 95 Euro pairing menu seemed expensive but was absolutely worth it. It would be stupid not to have the correct wine to match these wonderful dishes. Visually beautiful and equally delicious dishes that kept on coming. Never thought of matching these wines with the dishes. The only minor disappointment would have been the Grinach with the delicious lamb but by that time everything was so good we did not really mind. For Europeans and Americans this probably not that expensive. I am saving to come again. Thank you David. Finding decent vegetarian food in Spain used to be a challenge: but no longer. Baobab is a very fine example, with a predominantly young clientele, earnestly helpful staff and fabulous food. Serene modern decor and good soundproofing make the place a haven of quiet, where you can savour delicious cuisine and enjoy a proper conversation. Spoiled for choice, I pondered for ages over the menu, eventually choosing, for starter, to share a platter of gyoza dumplings stuffed with pumpkin and shitake mushrooms, with a tangy dipping sauce. As a main course I took the aubergine 'millefeuille' - I would have described it more as a soft strudel - with creamy mushrooms and a tomato salsa, a truly heavenly concoction. I was too full for a dessert, but couldn't resist nibbling at my colleague's choice of quince jelly (membrillo) with a dark-beer cake and cardamom-spiced foam. This is without doubt one of the most enjoyable vegetarian restaurant meals I have ever experienced, and for a ridiculously low price of 55 e for two persons, including a bottle of first-class rioja. The Restaurante Celebris is to be found at the heart of the Hotel Hiberus. With its simple but meticulous interior decoration which strives for intimacy, bathed in natural light, this hotel is a meeting point for those who wish to view the city from another angle. The privileged location of the Restaurante Celebris, together with its surroundings, are part of its unmistakeable stamp, which is inherent through cooking subtle flavours, open to the world, daringly but quietly fusing together the cultures and produce from here and there. The Lunas del Ebro menu is the restaurant&apos;s gastronomic proposal. It is an open menu with a fixed price which is renewed every three months, offering the best products of the season. The restaurant has a private room for any time of the year, and a large Terrace, for those who enjoy dining in the open air when the good weather arrives. In summer there is live music in the evenings. Its cuisine is complemented with its wine cellar which comprises over 150 national wines.

There is a choice of the three set menus including wine. We chose the 28 Euro menu which consisted of three courses. The waiter explained the courses very well and our selection proved to be an excellent choice, every course was well presented and cooked...MoreDear Len R, Thank you for your great comments and taking the time to share your wonderful review. We are happy that you are satisfied. We look forward to welcoming you back again on your next stay. Kind regards, Restaurante Celebris 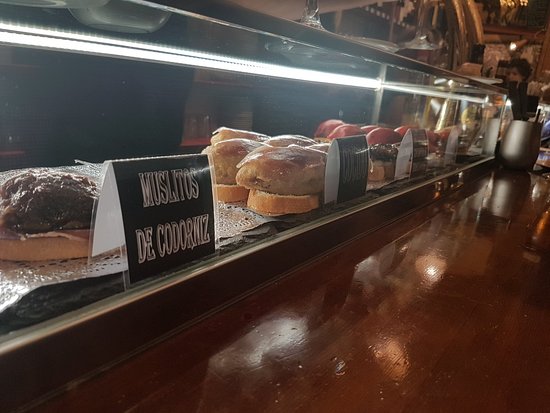 This was a fabulous experience for my wife and I on our first evening in Zaragoza. As usual we used TripAdvisor for recommendations for somewhere to eat and think this fine establishment should be much higher in the pecking order. The variety and quality of the tapas was superb and washed down with some fine wines from a huge choice all at a very reasonable cost. We have one more night in Zaragoza and know where we will eat tomorrow ! 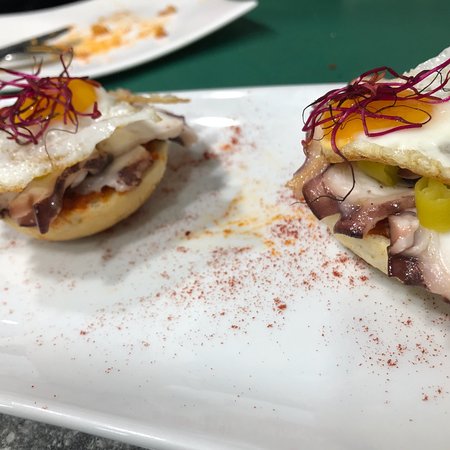 This little bar has the best tapas in the city. You will pay more but that doesn't matter. You'll be glad you went. We had six incredible tapas and four beers and paid 28 euros. Expensive? Yes. Compared to the typical piece of chorizo on hard bread places. But you will love these creations. Try it! Check out some of the photos of US astronauts who have visited. 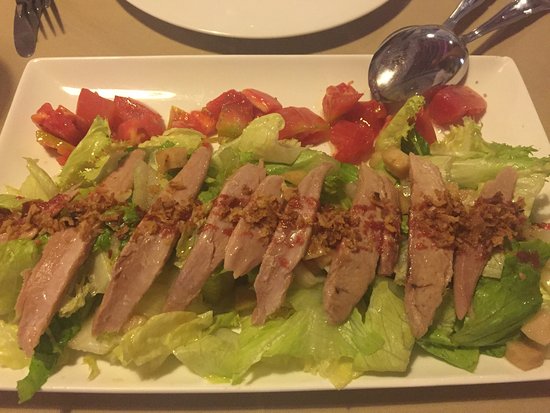 A fantastic use of an old pharmacy layout that gives it a homey atmosphere accentuated by the charm of the hostess. We chose to try the "Made in Aragon" special menu and were extremely pleased with the creativity and presentation of simple vegetables such as borage which were outstanding in their usual preparation as stems with champignon and potatoes in the appetizer or later on, as tempura-like fried leaves with peach ice cream in the dessert. The personnel was very accommodating when one of us asked for the oxtail stew (exquisite, cooked in carignane wine) instead of one of the items included in the menu. The service was great as were the instructions as to how to go back to the main road. The house "carinena" wine selection was very much on target with the menu.

Very nice fusion place - a lot of imagination and free spirit that made this place a great experience!!! 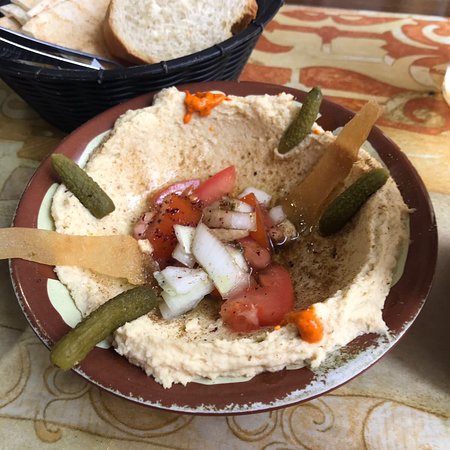 We've been there twice. Once, on a weekday, we were lucky enough to get a table, and the dining experience was very pleasant. The place was busy, very student-friendly. The waiter was really helpful explaining the different positions on the menu. The second time we went there on a Friday and we were a bit surprised by the crowd there. The place is definitely worth trying, but maybe it's a good idea to order the food by phone and eat at home 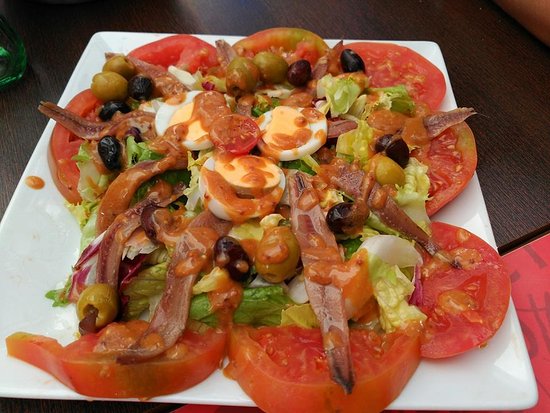 Reviewed By Ana B - Madrid, Spain

Terrible churrasco, terrible service (food came before than drinks) and terribly noisy because of the people sat down in the Terrace with us