Top Restaurants in Province of Crotone

Top Attractions in Province of Crotone

Where to Eat in Province of Crotone: The Best Restaurants and Bars

The province of Crotone (Italian: provincia di Crotone) is a province in the Calabria region of southern Italy. It was formed in 1992 out of a section of the province of Catanzaro. The provincial capital is the city of Crotone. It borders the provinces of Cosenza, Catanzaro, and also the Ionian Sea. It contains the mountain Pizzuta, the National Park of the Sila, Montagnella Park, and the Giglietto Valley. Crotone was founded in 710 BCE. It participated in the Second Punic War against the Roman Republic.
Things to do in Province of Crotone Very pleasant, somewhat elegant place with garden-terrace in the back, ideal in summer. High rating in guides (such as Gambero Rosso) well deserved, this is probably the best place in town and far beyond for fresh sea-food well prepared, perfectly cooked. All dishes we had were highly tasteful, for instance great fish-soup as a starter. Excellent value for money. 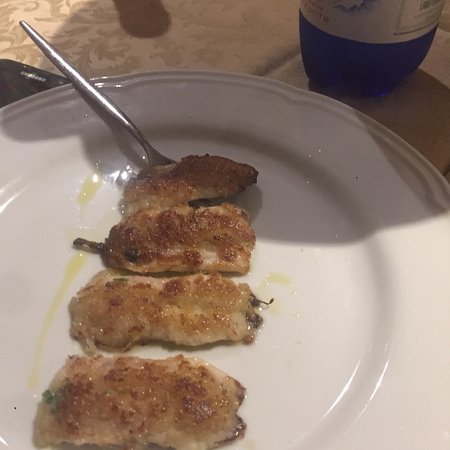 It's a small restaurant not far from the port, in vico Orfeo, behind an anonimous door!
when you find it, sit in the small room and be ready to taste original calabrese food.
Start with "Sardedda", spicy hot sauce on slices of country bread, shrimps, octopuses salad, "frittule" and cruditées. If you are still hungry try the risotto with sea food. Fish is fresh and well prepared. Final surprise, a fantastic home made cake and a free bitter!
good quality and best price. 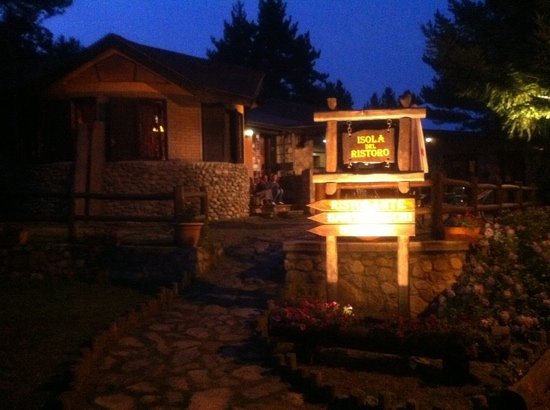 This was a surprise! A bit out of the way but the drive is lovely and you would not want to miss this food. We didnt speak a lot of italian and basically said bring us what you think. The food was fantastic, great regional italian food along with a good house wine. Dont miss it. 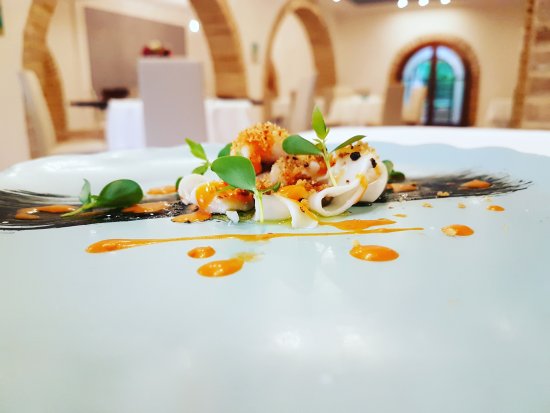 Really different, compared to the other restaurants in the surroundings. Very elegant and formal ambience, few tables, quiet. A bit less traditional in the menu, great dishes with attention to the quality of the ingredients. Could be a 5, but somehow I found it a bit "cold".

It's all about meat in this place. That's the reason we went there, looking for something different after some days in this area. Good variety of cuts and generous dishes, prepared in a proper way. Unfortunately not supported by the most important thing: meat quality. 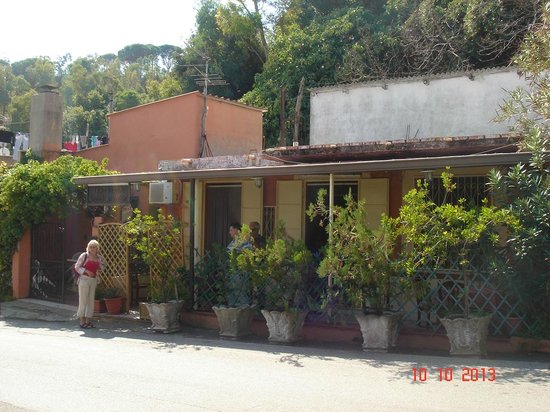 Perhaps the most fulfilling and tasty food experience I had in Calabria through the various restaurants visited.The series of appetizers (around 6 dishes) show the richness of this land:
from 'nduja, guanciale, sardines, sardine eggs bruschetta to the potatoes and peppers of the Sila.The homemade metal rod maccheroni with mushrooms and sausage to the artichokes.
As second course: sheep oven backed.
All picked and raised from this land as well as the Cirò of Zu Lorenzu, a local who, like many other families, fermented his must at home.
congratulations for being able to keep the traditions of Calabria so very alive.
A large selection of Cirò labels (that's the wine that you can combine with both fish and meat or vegetables here).Total bill with 3 full courses,coffee,liqueur and sweets (and two bottles of wine) : under 60e.
perhaps both the internal and external design lacks of all the tasteful feelings experiences but this, for some, makes it an even more amazing treasure. 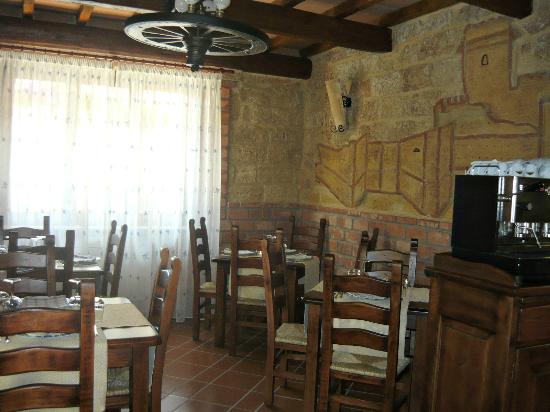 Only fresh fish and top quality directly from our boats.

My husband and I stopped by this restaurant attracted by good reviews on trip advisor. The place is nice and clean, very traditional and warm. However, there is something that I hate when you go to these kind of places: there is no menu with prices since the excuse is "we tell you what we can offer on the basis of daily catch". Ok, this is good, but at least put a sign saying "appetizers range from-to, pasta from-to etc..."...then you can have a clue. If it wasn't for this, i would rate the restaurant 5 * for the quality of food. Maybe 4* considering the small portions. We paid 26 € each for appetizer (selected by owner), tuna and grilled squid (just 1 squid!!!! and a very small piece of tune for two people) and a lemon sorbet. No wine at all. In our opinion the price is set on the basis of guests' looking.
Io e mio marito ci siamo fermati in questo ristorante grazie alle buone recensioni di trip advisor. Il posto è molto carino e pulito, tradizionale e accogliente. Tuttavia, se c'è una cosa che odio quando vado in questi ristoranti a conduzione familiare è che non propongono un menu scritto con in prezzi in chiaro, poichè a scusa più ricorrente è "il menu ve lo diciamo noi in base al pescato del giorno. Ok, vada per il pesce fresco, ma almeno dare una indicazione sul range di prezzi degli antipasti, o dei primi etc, almeno ti fai un'idea di quello che puoi prendere.Se non fosse stato per questo avrei dato 5 stelle al ristorante per a qualità del cibo, forse 4 considerando la scarsità delle porzioni.Abbiamo pagato 26 € a persona per due antipasti (selezionati dal proprietario), una fetta di tonno grigliato e una seppia grigliata (una!!!) e 2 semifreddi al limone. Non abbiamo preso vino. Secondo noi il prezzo è deciso all'istante in base all'apparenza degli ospiti! 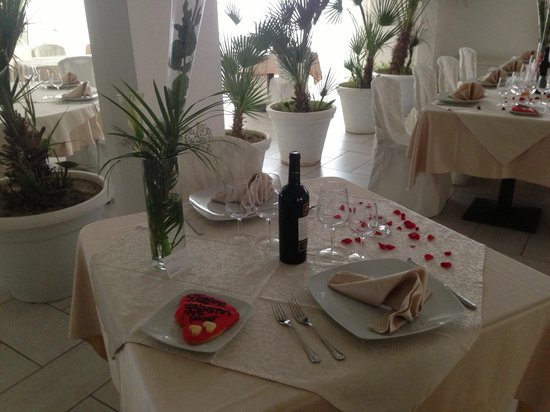 A highlight of our trip to this part of Italy. Lovely classy surroundings in a beautiful part of Calabria. Food, service and staff all excellent - would definitely recommend. The signature 'White' antipasti were delicious. Great spot for families as well. 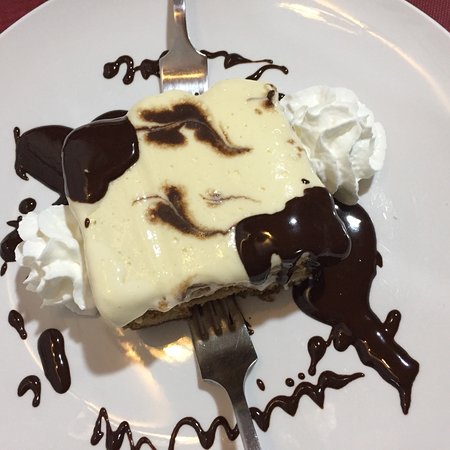 Reviewed By Raffaele A 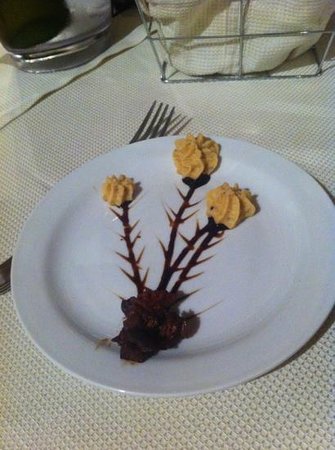 A very excellent dinner with accomodating hosts. The food as pictured was delicious fresh and top quality. We enjoyed it very much. The hostess and young waiter were excellent. Very pleasant people. We will return.