Top Restaurants in Province of Alicante

Top Attractions in Province of Alicante

Where to Eat in Province of Alicante: The Best Restaurants and Bars 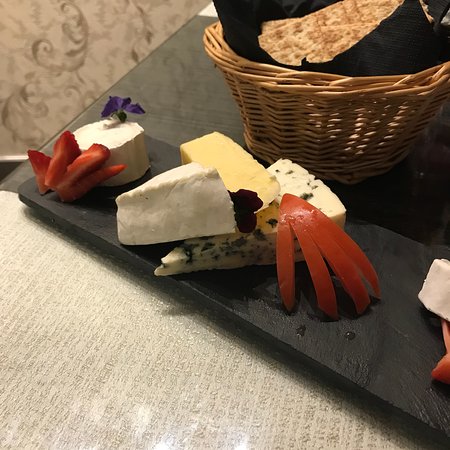 Now open from 7pm 6 days a week serving a la carte, situated at Carrer de la Palma. Serving good quality food at realistic prices we are most popular for our fillet steaks and also popular for our award winning wines, cocktails and sangria. Exceptional wines from Rioja, Valencia and Extremadura are served including the award winning Sauvignon Blanc and Shiraz from the house of Habla. Cold and dry Valencian white and rose wines are also served alongside our long-serving Riojas. No loud music or TV. Ideal for friends to meet or small groups to reserve for private parties such as cocktail parties, dinner parties, birthdays, hen parties, anniversaries. The Menu is relatively small, modern and diverse with additional seasonal specials added for variety. You can enjoy freshly prepared food in the evenings and reserve the bar, roof Terrace and/or restaurant for your exclusive use any day of the week. From Easter 2018 we are opening the Amigos Cocktail Bar next door.

i found this restaurant one of the best in Benidorm, the food was brilliant ,plenty to choose from ,looking forward to going back around may ,well worth a visit Sadie r 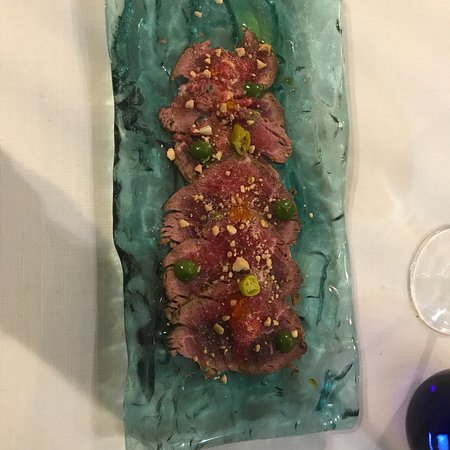 El Xato is a very fine and refined restaurant where the kitchen and the tables work in full teaming to make everything perfect for a nice evening out: of such high quality that one would expect a Muchelin star for this Restaurant.
There are 3 master piece tasting menus, we had the middle one: amazing what a good chef can make out of ingredients and a nice setting: the chef plays with our taste buds and our eyes to constantly surprise us with each plate an unexpected sequence of taste, fresh or hot or cold temperatures and colours.
The wine card is extraordinary as well: the maître is also sommelier and selected special wines and liquors.
Count on approx 50 euros pp incl wine. 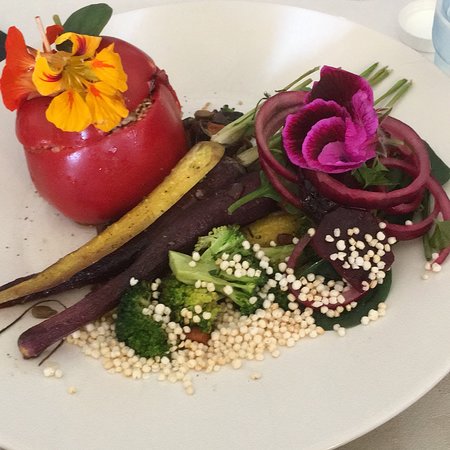 We are delighted to cook intensely personal meals for 2 - 26 people on Thursday, Friday, Saturday and Sunday. Larger groups please contact in advance. Lunches are with glass of cava, home baked bread, aioli, aqua Sueno and coffee or tea. Lunch consists of 5 courses - delicious and tasty dishes where adventurous flavours are embraced. We are always inspired by seasonal and regional products. Lunch Menu 1:00 pm - 5:00 pm. € 45.- Lunches are available by reservation only.

Reviewed By David B - Marriottsville, Maryland

the food was beautifully presented and wonderful but - even better - the whole experience was over the top. Winding roads to the location, sparkling wine in the garden then presentation of menu and wine selection from our hosts. a terrific meal with another stroll thru the garden between starters and main course. very much worth the trip. 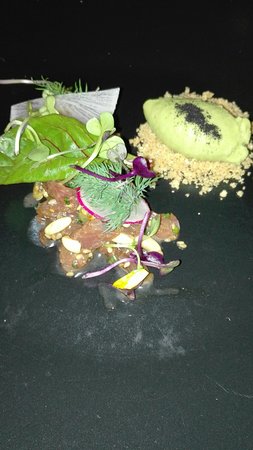 We always try and fit a visit to the Cellar Door when in the area and it never disappoints. Love the atmosphere, friendly staff and adventurous menu - it's defiantly not just an ordinary meal out. Highly recommend anyone to pay a visit! 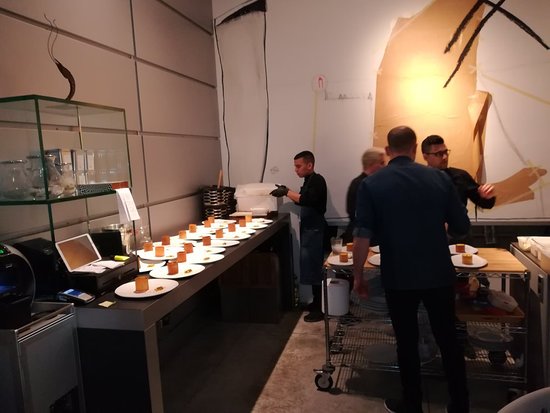 Aticook is a different and unique concept, where kitchen and dining room blend into a common space where you can find a greatest conexion between cook and diners, encouraging transparence and show cooking.Aticcook is more than a restaurante, is a gastronomic experience.I deals with an exhibition where the chef cooks in front of the customers, he talks about the products ans explains the making process.The diners, as well as enjoying the meal, look and participate in a culinary show at the same time that they feel at home.

I have just eaten the best meal I think I have ever had, and I have eaten in some top establishments world wide. Unless you enjoy eating late in the evening, lunch is a better option, as they don't start serving until all the customers have arrived. The courses are small but so plentiful you will not go hungry. The food is original with amazing flavours. I have booked to return later in the year to take friends who I know will appreciate a gastronomic experience. Reviewed By Carla B

Incredibly nice food, excellent service, worth the price, views to the sea, all you could ask for! Its right in front of the beach, so theres no parking spots so beware if you come by car. Also make sure to book a table as it can get really busy! One of my favourite restaurants in Benidorm. 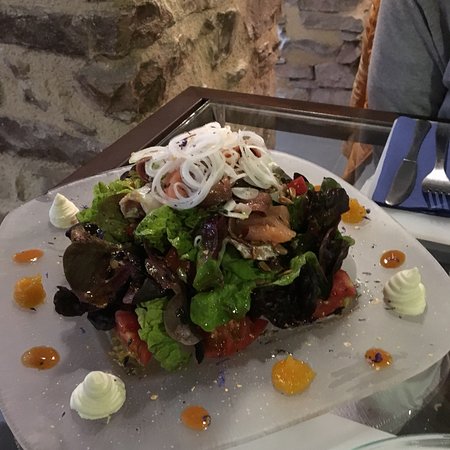 This is a remarkable eating experience for several reasons. The location is in a backsgtreet in Castel de Castells, a village about an hours drive inland from the tourist spots of the costa blanca coast. The outside is not promising- a rusty looking metal frontage. But inside it is a marvellous understated conversion of a village house. It is small and intimate. There is no menu. You need to reserve in advance and Fijo, the Italian (yes an Italian in this quite remote corner of Spain) will ask you if you have any food aversions. Other than that you get what he serves on the day. It is freshly prepared and superbly served. We spent 4 hours having a memorable lunch. Price is fixed at Euros 25 for five (or was it six!) courses. Limited but excellent wine list. The chef/owner/waiter/barman,wine waiter has a passion for his trade. Share it with him and you will have a memorable experience. 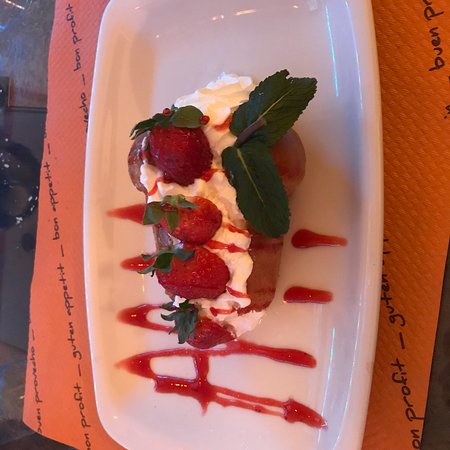 Well worth a visit if you are in Benidorm. Mushroom risotto was the best I’ve ever tasted it was delicious. Rum baba was amazing but to share as it is huge. Staff were lovely and very friendly. Place was spotless. Hidden gem 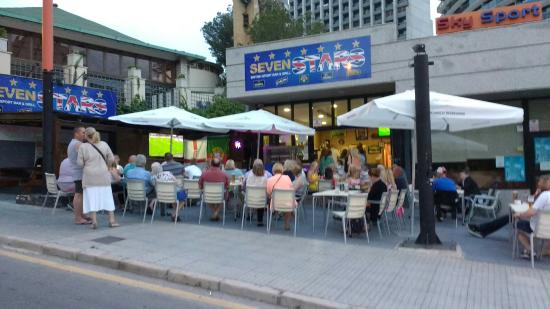 We dined here several times and found the owner to very friendly and welcoming. Food was well cooked and reasonably priced, we chatted to other customers and always had a pleasant visit 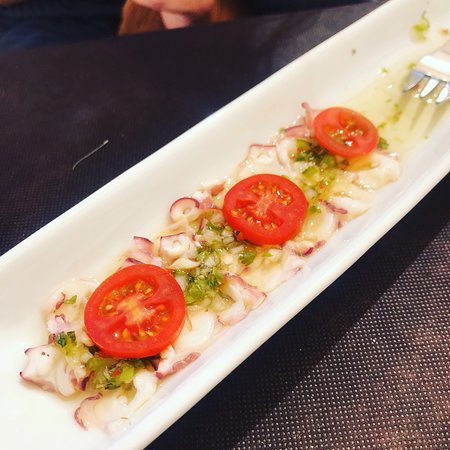 The Palé is a restaurant located on the top floor of "Flamenca Beach" shopping center with a different kitchen where enjoy a lot. Enjoy our crepes, salads, wines, beer cubes or our star the Zapiekanki made in our wood oven. Also enjoy your properly prepared cocktails of premium brands, in a great atmosphere.

You will find El Pale on the floor above The Papaya Tree and beside the Longhorn. So glad we called in one evening. The staff are so friendly and helpful. Lovely well presented drinks, massive baguette's. We ordered one sweet between us but it was so good we ordered another one. Nice touch when they give you the shot with a marshmallow. We will be back again next year.