Where to Eat in Niamey: The Best Restaurants and Bars

Niamey (French pronunciation: ​[njamɛ]) is the capital and largest city of the West African country Niger. Niamey lies on the Niger River, primarily situated on the east bank. It is an administrative, cultural and economic centre. Niamey's population was counted as 978,029 as of the 2012 census; the Niamey Capital District, covering 670 km, had 1,026,848 people. As of 2017, population projections show the capital district growing at a slower rate than the country as a whole, which has the world's highest fertility rate.
Things to do in Niamey 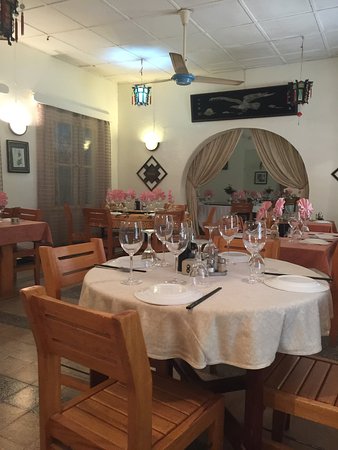 We ate there several times. You can sit outside or inside and there was a small alligator in a cage for an attraction outside. The breaded shrimps were excellent 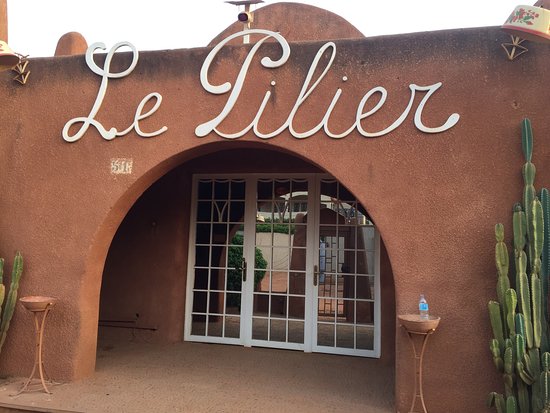 Nice restaurant
a bit expensive for the city (about 35 EUR per person with water as drink) therefore the place is a bit select. Most dishes are Italian oriented (owner is Italian).
Few photo books can be consulted in the restaurant and relate the history of the travels of the owner in Niger over the last 40+ years. Interesting. 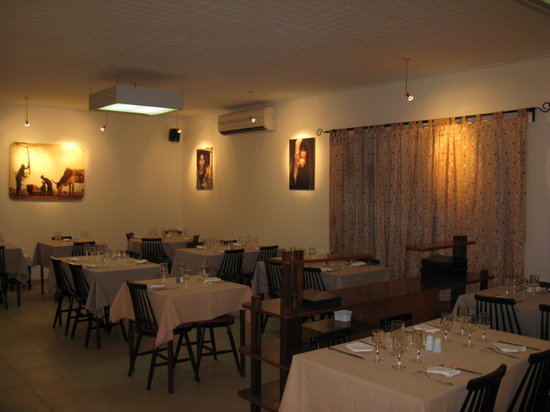 In a scene photos highlighting the landscapes and people of Niger, the restaurant offers french gourmet meals and specialties from the southwest. The restaurant has a private room for 20 people for family meals or business.

Niamey is not exactly known for its culinary offerings. Before my first trip I had fears of how I could feed myself, Fortunately, my worry was nonsense. Tabakady is definetely one of the 3 spots i frequent when in Niamey. Food is nice and selection is good. Have never gotten sick here - a worry I always have in West Africa.
I can recommend the excellent beef carpaccio, fish for main - while Deserts are nothing to write home about.
Service is not super - arrogance and lazyness is what i encounter at every visit, but you will still be served :-) 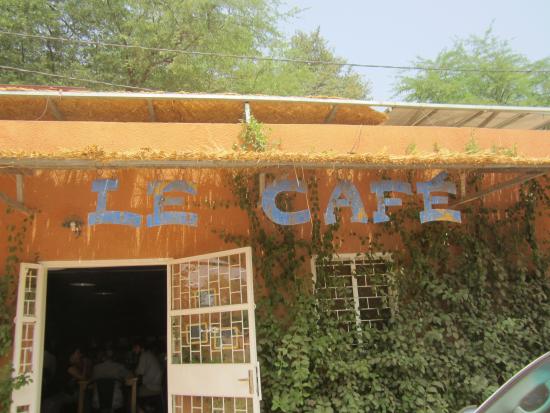 This new restaurant opened about 1-2 months ago. It is a coffee shop/vegeratian/brunch/art gallery place that serves really good food. The owners are two French couples. Unfortunately they do not have a website.

The Café is quite different from anything else you can find in Niamey. The furnishing is tasteful while simple, and it serves vegetarian food. The desserts are amazing and so is the coffee. Surprising place ! We feel like in Megeve or Chamonix ... except temperature ! Change of scenery also in our plates, with good classic french dishes at reasonable prices. 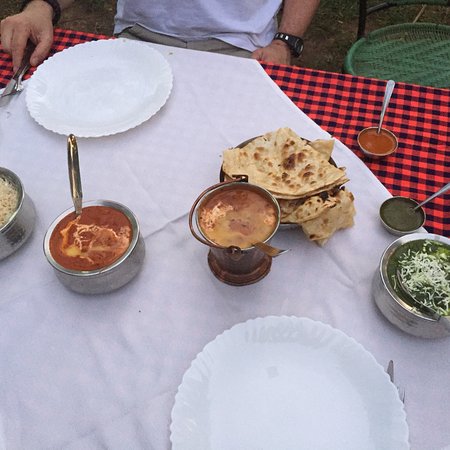 We had a meal with the usual suspects from the menu. It was decent, certainly a completely acceptable choice but a far cry from the really outstanding Indian food it got elsewhere (well, not in Niger). So I completely buy into the notion that they do a good job under their conditions and if you're here and have a craving for Indian food then don't hesitate! If you're about to board a plane to an Indian food capital, then save your cravings, as it's not as most see. The garden chairs and tables had seen better days but did last till the end of the meal. The service was fine!

Restaurant Le QG offers a "creative cuisine", created by a French Chief who has put his knowledge at the service of the kitchen brigade. He proposes to revisiting all local products. Because he wants to make its new kitchen known to as many people as possible, the Chief has decided to create two spaces within the property: - A Brasserie, open 7/7 noon and evening, which offers a daily menu at 5,000 FCFA (7,5 € Starter + main course + dessert) and a traditional card at a small price. Regularly, the Chef introduces his new creations. - A gourmet restaurant "le Bleu", open in the evening (lunchtime by reservation only). Between the two spaces, shady terraces allow for lunch or dinner in privacy. Le Bleu offers privative rooms, ideal for business lunches / dinners and / or cocktails. The restaurant Le QG is also distinguished by the quality of its wine cellar, unique in Niamey.

Great spot with interesting menu and wine list, as well as cigar bar (!). The garden is lovely, and offers a great al fresco dining option. The wait-staff were very courteous but inattentive/slow and unfamiliar with the details of the menu, and could not fully explain either ingredients or preparation methods. I agree with previous review(s) that the preparation was imprecise/inconsistent. Nonetheless, worth a try given the limited number of Euro-style dining options in town. 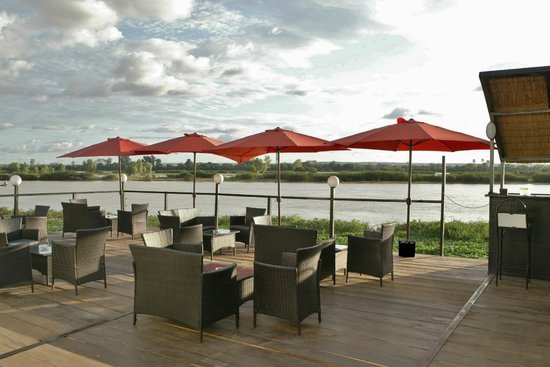 We went in the evening and sat on the Terrace. The Terrace is a deck jetting out over the Niger River. We sprayed for Mosquitos and the restaurant had anti-mosquito things as well, no issue with Mosquitos. The beef brochettes were very tasty, and we were happy they had fish brochettes as well, they were delicious. The waiter spoke some English and with our broken French we got on well. Very nice place, though the choice of explicit rap background music did not match the atmosphere. 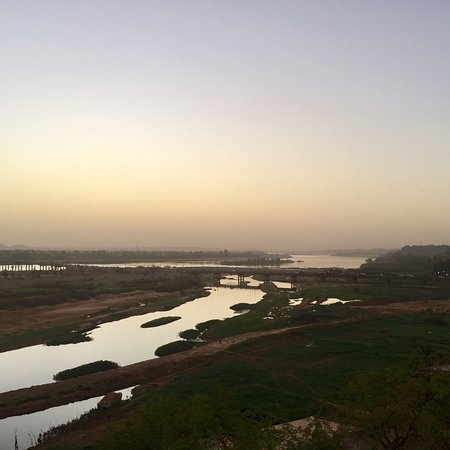 There's a sense of closure to a busy day when you're enjoying a cold beer as the sun sets. And it is especially satisfying at the Grand Hotel.
It can be pretty warm before the sun goes down but its worth the wait for that time of twilight
This is a show of nature on the right evening. 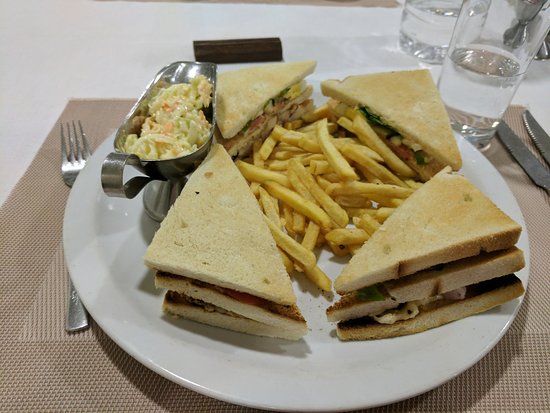 La Cabane is a lovely tranquil space to enjoy good ample portions of Lebanese dishes such as hummus, moutabel and tabouli. The chicken is not very good though. Unfortunately the cappuccino is made with powdered milk that is not dissolved properly and the lumps of milk do stick in the throat. I would recommend sticking with blakc Lebanese coffee.

The 6 Best Things to Do in Niamey, Niger
Where to Eat in Niamey: The Best Restaurants and Bars