Where to Eat in Huesca: The Best Restaurants and Bars

Huesca (Spanish pronunciation: [ˈweska]; Aragonese: Uesca; Catalan: Osca) is a city in north-eastern Spain, within the autonomous community of Aragon. It is also the capital of the Spanish province of the same name and of the comarca of Hoya de Huesca. In 2009 it had a population of 52,059, almost a quarter of the total population of the province. The city is one of the smallest provincial capitals in Spain.
Things to do in Huesca 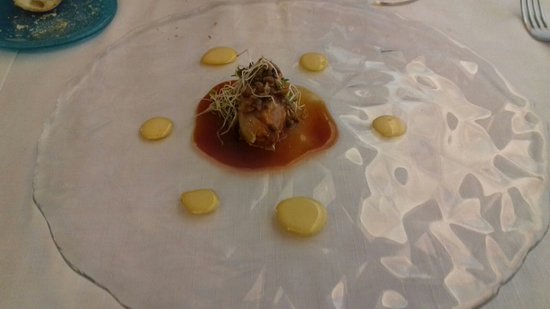 Local food with this creative touch that changes everything in art! Not expensive at all for what you get! Important to help this kind of place to survive the current economical crisis by going there! Lillas Pastia is an excellent and formal restaurant located in the building called “Casino Oscense” (Casino of Huesca in English), which a very beautiful Modernist building is. The restaurant has one Michelin star, which is much deserved: the restaurant is splendid. Moreover, the restaurant is very well-decorated, it is near the old town (in the Navarra square) and the staff is very friendly.
We came here with two friends and we tasted the degustation menu, which had 9 dishes and 2 desserts. Some of them were local products. The dishes were excellent, especially the salad in a flower pot, tongue with sepia, rice with parmesan, and truffle and crumbs, mushrooms, eggs and bacon. Also we drank two excellent wines: a white one (a Riesling called Mosel) and a red one (a Garnacha called La Miranda, which is from Viñas del Vero wine-cellar). Moreover, the place was very comfortable and it is a place, where you want to stay during several hours to speak with your friends and/or couple. One of the best restaurants in Huesca!
(See also Tatau Bistró)

Our restaurant is ideal for enjoying the best of creative cuisine, where quality, value and great service, coupled with the originality of our dishes, will delight the most discerning palate and surprise the most curious. It is in short a kitchen full of flavors and sensations, which highlights dishes like Foie delicious tart with caramelised onion , Hake changurro scrumptious stuffed with crawfish juice , rich Glazed Cheeks , etc.

I'd read about this restaraunt here and it sounded intriguing and it was well worth the stop...food and service were outstanding,as was the wine that came with the fixed price menu...the selection and quality was good...the additional charm was that it was necessary to order your dessert at the start of the meal as everything is made in house...fantastic lunch experience for only 16 euros per person 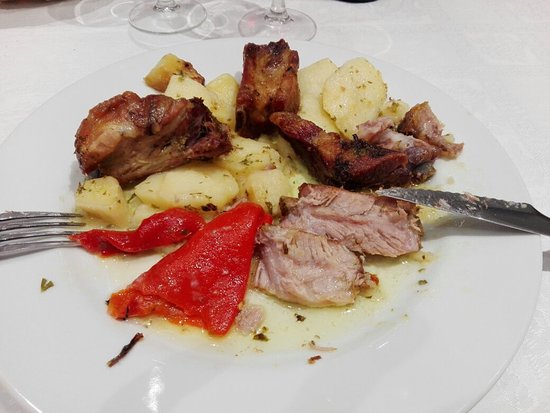 For a below 15 euros set menu, we were surprised about the quality and quantity they offered. Soup was very nice, pasta with mushrooms in garlic souce is delicious. Lamb chop so tender, beef in red wine sauce was perfect. Good dessert! A perfect dinner, we went satisfied. Thank you and we will come back! 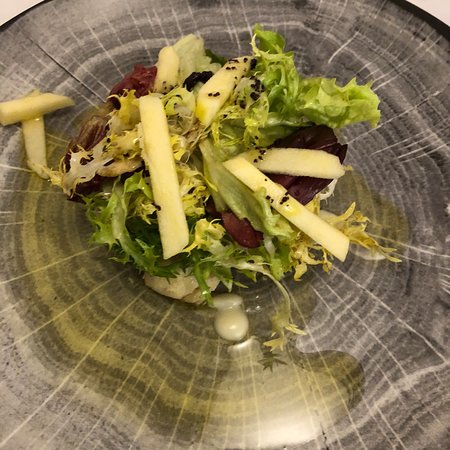 The advisor in the tourist office was proud to inform us that Huesca, with a population of about 50k, has more Michelin stars than Valencia with a population of more than ten times greater. Although it is highly-ranked on TA, El Origin is NOT one of the Michelin star restaurants. It does, however, suffer from a similar arrogance and attitude associated with many 'awarded' restaurants. The Menu del Dia offered good value, so we made a reservation and returned after a pleasant walkabout of the historic centre of Huesca. The bright room was set for a large reservation of more than a dozen, two tables set for 4 and 6, and 5 sets of tables for 2 in an area just inside the doorway and behind a service counter. 4 of these tables bordered the wall and windows and the 5th was centre-placed. It was the worst table and we asked not to sit there; we were told all the other tables were reserved. We pointed out that we too had made a reservation and were the first of the couples to arrive, but with a shrug and a nod the waiter indicated a 'take it or leave it' at the center table. We took it; during the 90 minutes of our lunch two of the other table remained unoccupied. The meal was okay but nothing exciting, but it was good value at 36 Euro including a bottle of house red and white wine (although we did get a bit head-achy from the wine later that afternoon). This was our only dining experience in Huesca and while the city was interesting enough to warrant a return visit, the restaurant was not: we regret we cannot recommend this restaurant; 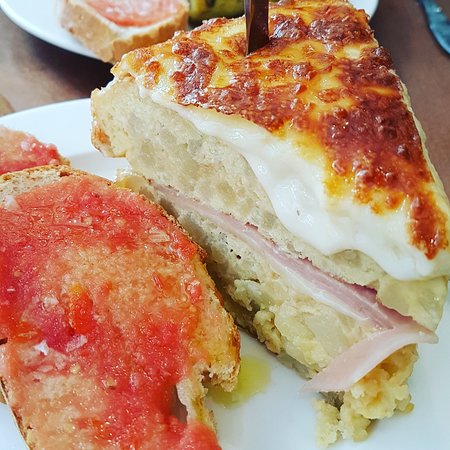 We ate in the street on a hot summer evening and had a very good time. The food is not haute cuisine, but is well cooked, and the portions are big enough - the "raciones" are very generous - and the prices are reasonable. We had a salad and a couple ot tapas to start, followed by fish dishes for main course.
The service was efficient and friendly, and the atmosphere was great - very busy and bustling. If you eat here, I am sure you wil not regret it. 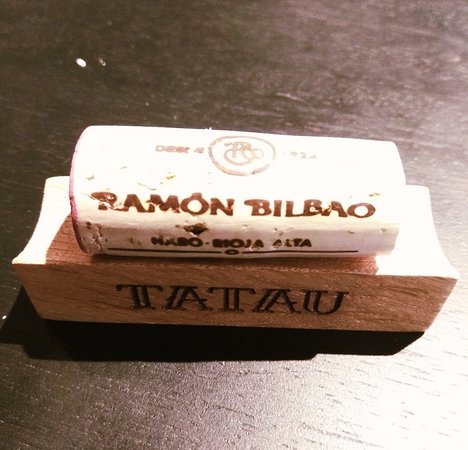 Enthusiasm and effort, passion, dedication and respect. Those are some of our values. Tatau is Rock & Roll, is naughty, like Pin Ups, an experience that you will remember such as tattoos once left their mark on the skin of the sailors on each port. It&apos;s the tapas bar we&apos;d love to go as clients. It&apos;s cuisine made with love and on top form. It is the care for detail, a well thrown rod, quality coffee, good wine here and there .. Tatau is all we are is everything we like.

Informal but correct atmosphere with exquisite tapas delicately presented and well served. Scallop with pig jowl and apple puree, roast suckling pig, and the prawn with pork stew were all spectacular. Decent selection of wine both local and national. Thumbs up. 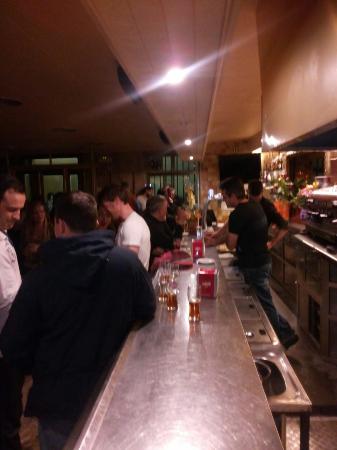 We were welcomed in good English in this bar by the two Romanian women who run it. Beers were €1.50 and tapas were cooked to order - not high class, but generous, fresh and tasty. We didn't discover it in time to sample the breakfasts,...MoreHemos cambiado la gestión, ahora somos Pulpería- Cervecería especializada en comida gallega y del Bierzo. 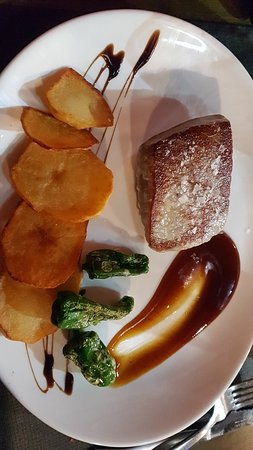 Tucked away off off the main eating streets in Huesca this place is exceelent if you want substantial tapas rather that a full blown meal. The fact that it is packed with locals is an indicator. Nice interior, freindly staff and a good range of tapas. Good value. 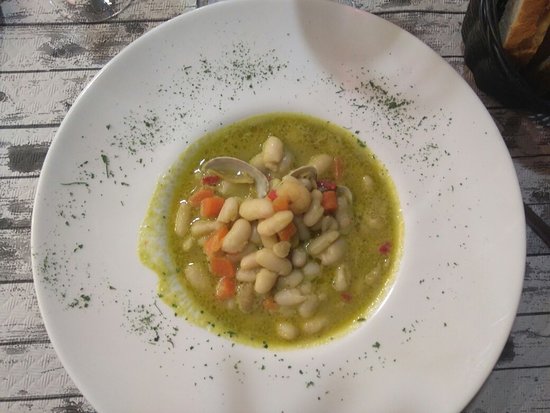 Couldn't have been received better in this tiny spot. Lunch also included wine, water and bread along with the three courses. Doesn't look like much from the outside, but inside is leasing and homey. A locals place. The wine isn't a glass but a bottle! Well done selections of typical local specials.