Where to Eat in Dimapur: The Best Restaurants and Bars

Dimapur is the largest city in Nagaland, India. Contrary to popular belief, the city's formation in Nagaland is separate from that of Assam. In the Middle Ages, it was the capital of the Dimasa Kachari Kingdom. In the heart of the town there is an old relic of the Kachari Kingdom which speaks about the once prosperous era. It is located at 25°54′45″N 93°44′30″E﻿ / ﻿25.91250°N 93.74167°E﻿ / 25.91250; 93.74167 and is bounded by Kohima district on the south and east, Karbi Anglong district of Assam (The Lalung - Tiwa Hills) on the west, the Karbi Anglong and stretch of Golaghat District of Assam, in the west and the north. The name Dimapur is derived from the Dimasa language]; 'Di" means "water", "ma" means "large" and "pur" (sanskritised word) means "city", translating to "Big-river-city", associated with the meaning of "Kachari" which is "people of the river valley" and after the river which flows through it (Dhansari). It is also the gateway to Nagaland and its only railhead. The city also has the only functional airport in the state. 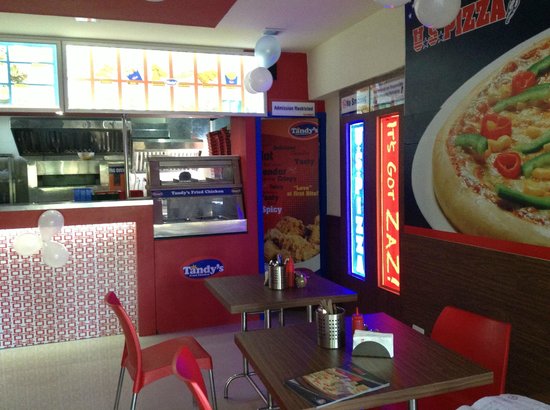 We went in a group with kids. The pizza and burgers were nice and tasty. Nice place to hang out with family, friends and kids. Its on the highway so the place just can't be missed!

You have all types of Indian, Chinese and continental food available
Neatly maintained, its bit dimly lighted inside the restaurant but it looks good
Quite place not much noise again depends type of customers inside during your visit lol
Polite employees
Please visit for good food 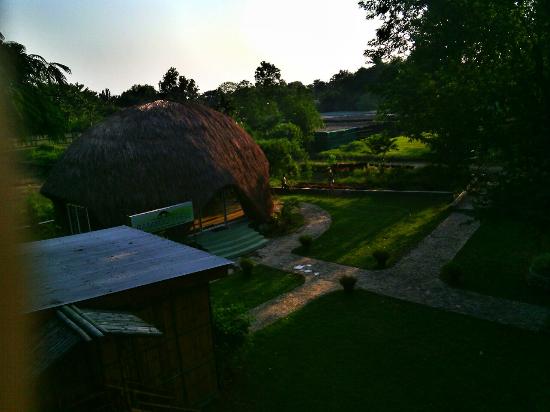 A very good place to eat, a semi open restaurant the test and the quality of this restaurant has a different test and flavor. Bambusa brand both in Dimapur and Kohima has its own class of costumers, especially the youngsters to hang out, etc. Place is fun to chill out with friends.trendy cool.food is tasty .try their hakka noodles and momos. 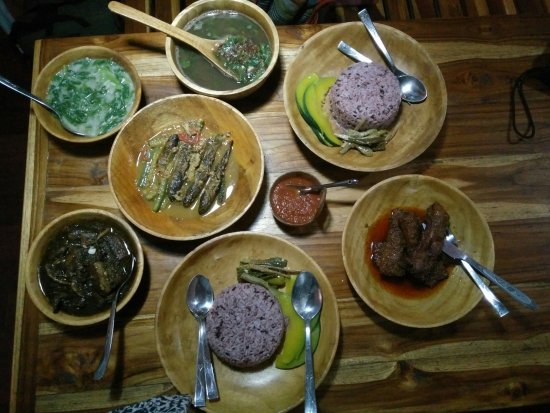 Reviewed By sharda u - Noida, India

A meal of the highest quality, with all the originality, distinction and sophistication of Naga cuisine at a very reasonable price in served in a warm and friendly environment,
The winner of the first Naga Chef competition in 2013, amateur chef turned restauranter Aketoli Zhimomi's Ethnic Table is a treasure and should easily stand out as one of the best places to eat original Naga food in Dimapur. I am astonished it has not featured on the Trip Advisor listing and could easily be one of the highlights of Dimapur's Things To Do in itself.
The daily menu is different every day we were told, and responds to the seasons. It is written up on a whiteboard and on the day we visited, we found all the staples waiting: smoked pork and fish with axone (fermented soya bean)/ anishi (fermented yam leaves), chicken and bamboo shoot, akibiye (yam and mustard leaves), pork ribs, a version of Naga dal and the fabulous black rice which when cooked with white grains looks closer to purple.
At the dead heart of the meal sits the bhut jolokia (phantom/ ghost chilli) chutney. (The chilli is also called the Raja Mircha and at one point the hottest chilli in the world.)
Depends on when you go, you could also find, we were told, the freaky foods - snails, silk worms, grasshoppers, wood worms, etcetc. All this inside an unpreposessing frontage hiding a stylish interior designed by Dimapur local John Patton whose charcoal works hang on the walls.
Only repeating myself, but amazing this two-year-old restaurant has not featured here before. Ethnic Table is a gem. 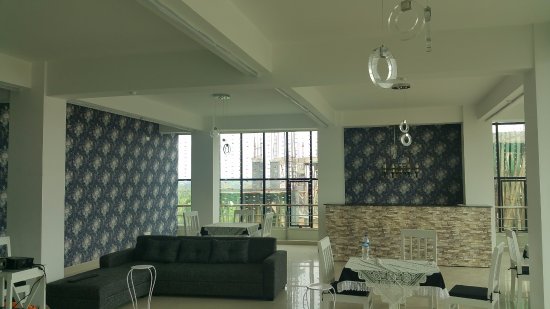 As I was visiting Dimapur to attend a friends marriage I decided to try its best restaurant. I checked Tripadvisor and this restaurant is listed number one and being a big fan of Thai cuisine I opted for this place. I visited this place along with four other friends.
I ordered Chicken Pad Thai [Rs.350], Pork Satay [Rs.200], Thai Fried Rice (prawn) [Rs.450], Pork Penang Curry [Rs.400], Steamed Rice [Rs.50 each],Chicken Massaman Curry [Rs.300] and a Water bottle [Rs.25]. A Mocktail and crackers were served free with some dish. I loved its Chicken Massaman Curry, it was delicious.
The decor was good and the service was also Ok. I think the pricing was a bit on the higher side. It is located on the 4 th floor of the CBZZ complex near the Green park junction. 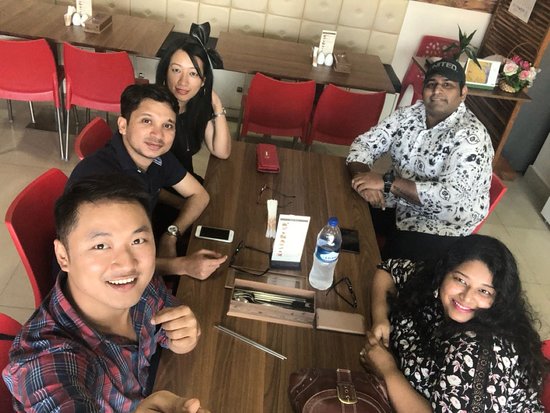 I visited this place along with friends for Dessert after having lunch at Bangkok Cafe. I ordered one Bingsu [Rs.200] which is shaved Ice with cut fruits and topped with chocolate Ice cream and strawberry syrup along with Waffle with Chocolate Ice cream and whipped cream [Rs.150].
Both the desserts tasted OK but nothing special. The Decor was nice but the place was very warm. It is located on the Ground floor of the CBZZ building near the Green Park junction and their prices are a bit expensive. 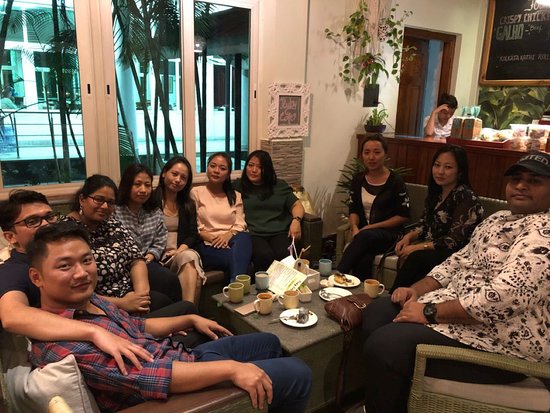 This Cafe is located inside the Niathu resort at the 7 th Mile and it is not too far from the Dimapur Airport. I visited it along with a group of friends as we were attending a wedding which was held at the resort. The first thing I liked about this place is it's decor which was done wholly in wood and looked like one of those old style british cafes.
We ordered Blueberry cheese cake, Banana and Almond Cake which were delicious. Next we also tried some of their coffee's and Tea's which were also made really well. Over all I think it is a nice place to hangout with friends and their pricing is also not that expensive. 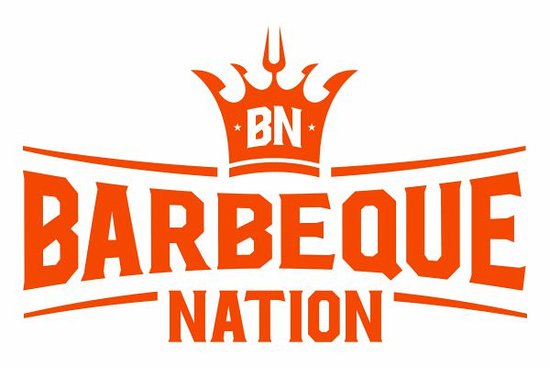