What to do and see in Santa Cruz de Tenerife, Spain: The Best Places and Tips 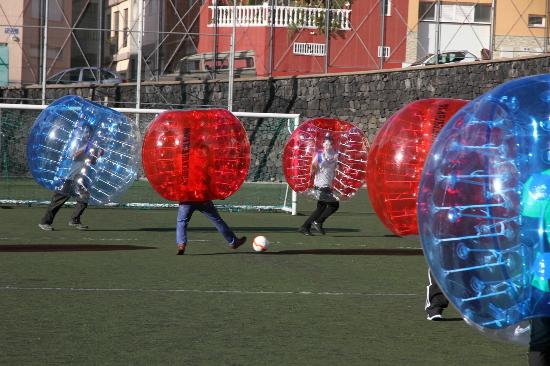 Futbol Burbuja Tenerife or "Bubble Soccer Tenerife" is a new way to play soocer. In this way all the players are into a bubble that cover them from the knees until their heads, that garrante the fun and they are protected. Is a new Sport and leisure activity new in Santa Cruz de Tenerife

We did see it for the first time live and we didn't wait...
It was just one group waiting and we manage to agree with them to match up...
Fun, different, energizing, enjoyable... All we hear was laugh all the time... Despite playing hard bubble on bubble... :)) 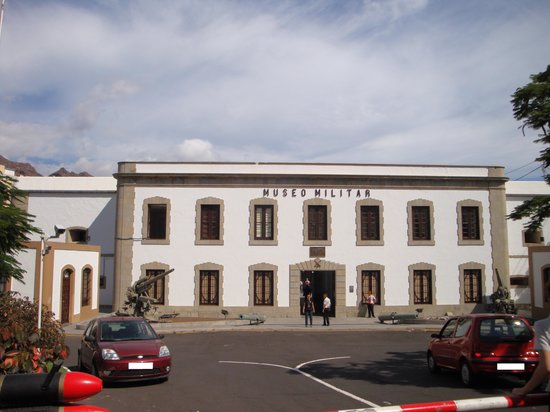 We went round early one afternoon. Had a lovely time wandering around looking at the many exhibits detailing the military history of Santa Cruz and Tenerife. Not all the exhibits have English descriptions but many have. Interesting is the story of Nelson and the people...MoreThank you very much 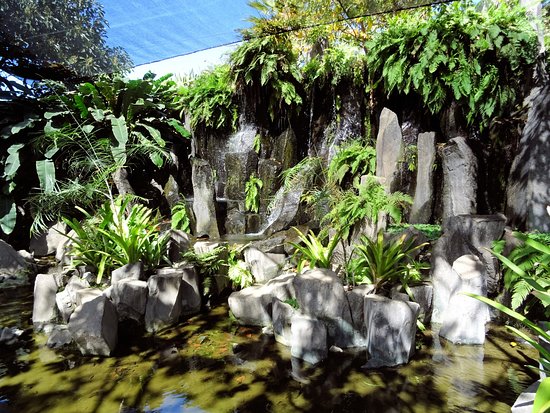 A wonderful place to spend a couple of hours. Great relief from the bleak landscapes of the south. Less than 2 hours on the bus from Costa Adeje and well worth the trip. Only 10 minutes from the bus station. 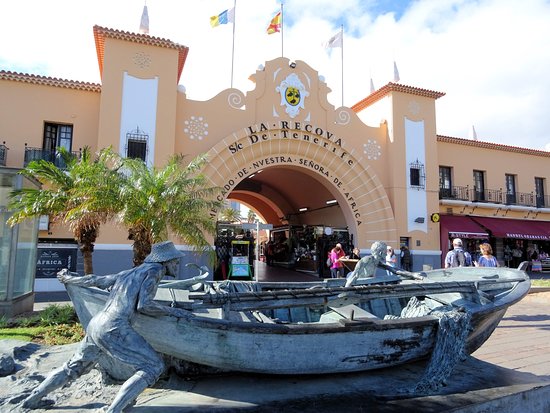 This market is not exactly close to the port, but a healthy walk, maybe a little over a mile. The street level is open air, but covered and has lots of shops and restaurants and also vendors selling local products-food, jewelery, souveniers, etc. If you take the stairs or escalators down to the lower level, there are more seafood stalls and restaurants, so don't miss out on the opportunity to get a good lunch. 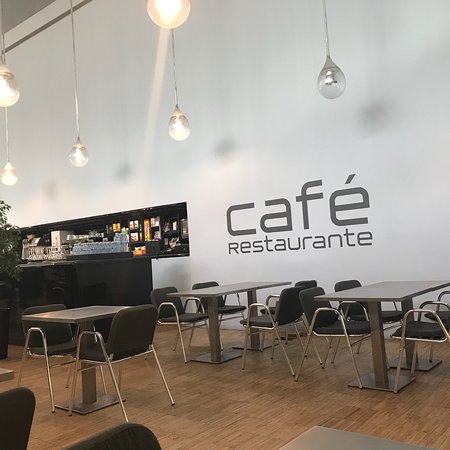 Another accomplished art gallery by Herzog+deMeuren, again providing a large volume with only so much exhibition space. (This now becoming the international standard, see Tate Modern in London etc.). Incorporates an inviting library with lots of desks to use on site. While I was there the temporary Exhibitions were of some post-war work by locally born Oscar Dominguez (intelligent and skilled), and a motley selection of contemporary installations, most of which were fashionably self-regarding and of minor importance. Good cafe too. Well done to Santa Cruz for orchestrating it's construction, recommend you go, if only for the architecture...

We did this walk from a Fred Olsen Cruise. Very knowledgeable guides and a beautiful forest. We learned a lot about the area. This was a long walk up the side of a mountain and then down through the forest finishing with light refreshment at a local bar. Would highly recommend proper walking shoes. 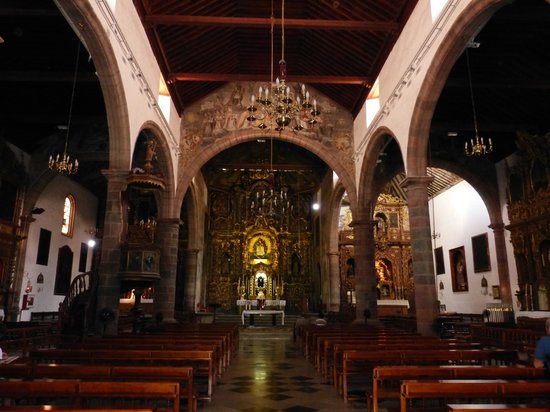 Both outside where a shade giving small park in the front is already peaceful, and the inside with old baroque style furniture and vault ceiling is very beautiful. You can be imaging people sitting here praying and looking for silence and a peaceful moment. The cameras are forbidden inside, so no pictures. This is one place to put on the ‘must see’ list in Puerto de la Cruz. 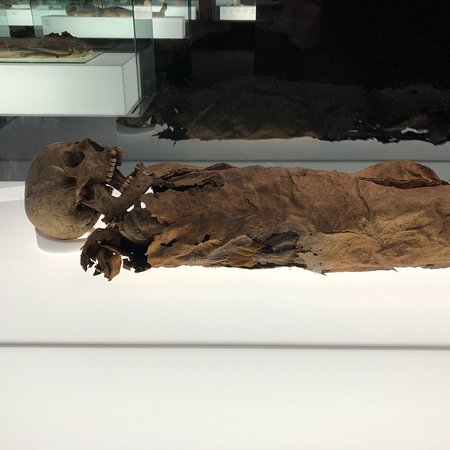 The Museum of Nature and Man has organised a modern museum exhibition project to present the investigation and conservation work conducted over the decades by the Museum of Natural Science and the Archaeological Museum of Tenerife. The result offers an insight into the natural wealth of the Canary Islands on the one hand, and on the other, it is a chance to discover the largest existing collection on the Guanche culture. The Guanches are the aboriginal people that inhabited Tenerife before the arrival of the first European conquerors.

If you want to learn about botany, geography, human habitation, volcanic activity, birds, insects and about anything else concerning these Islands, a visit to this museum is educational and fascinating. In event you need a break, there is a lovely and restful open courtyard so you can rest a bit. And there's free internet, in the courtyard as well (with good speed and connectivity). 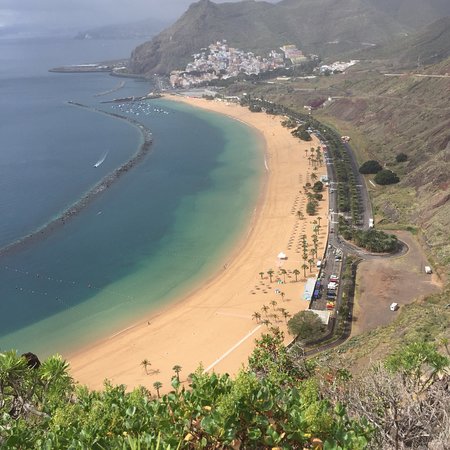 This years we were very satisfied about Tenerife Islands , our hotel la siesta,Lora parque , and upstairs daily travel with bus mountain, really all was wonderful but it was not enough one week.Two time joined trip one day flying and back Latvia,the rest four days.But now we are ready our next holiday but this time definitely ll be two weeks. 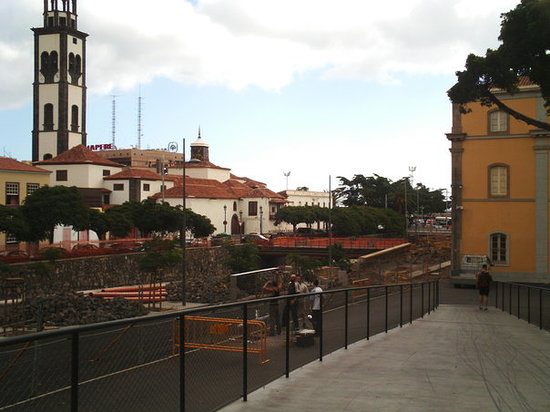 You no doubt will have visited grander churches and basilicas in your travels. i know I have. still for this city in this climate it is a beautiful edifice- clean and white and tastefully built. The interior eschews marble in favor of native stone and is very appealing. The stone/wood carvings are magnificent and gilt- edged. Worth a look, especially in concert with a visit to the Mercado and nearby museums.