What to do and see in Prachuap Khiri Khan Province, Thailand: The Best Places and Tips

Prachuap Khiri Khan (Thai: ประจวบคีรีขันธ์, pronounced [prā.t͡ɕùa̯p.kʰīː.rīː.kʰǎn]) is one of the western provinces (changwat) of Thailand. It is in the northern part of the Malay Peninsula, some 240 km (150 mi) south of Bangkok. Neighboring provinces are Phetchaburi to the north and Chumphon to the south. To the west it borders Tanintharyi Region of Myanmar.
Restaurants in Prachuap Khiri Khan Province 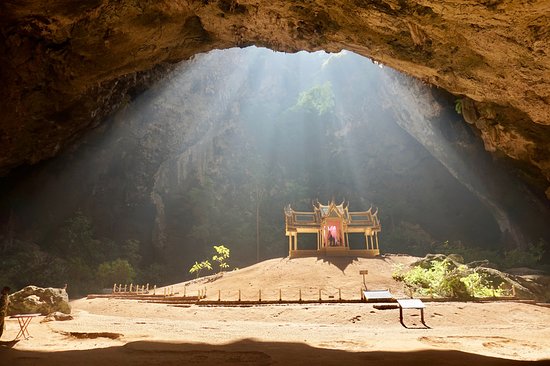 Reviewed By Jenna B - Chicago, Illinois

For active people the hike in is probably around 30 minutes but I would guess that most people average around 1 hour. The trail is rocky and steep but most people can make it if they give themselves enough time. We arrived at 9:00am and waited until 11:00am to see the 'golden hour' with the temple lit by the sun, but it still wasn't close, so we gave up. We tried another day in the afternoon around 1:30-2:00pm but it was much too late to see the temple lit by the sun. I'm guessing it must happen between 11:30-noon. At 9:00am we had about 30 minutes to ourselves. The cave is big and simply breathtaking. I'd plan on spending 2-3 hours total including the hike in and out. 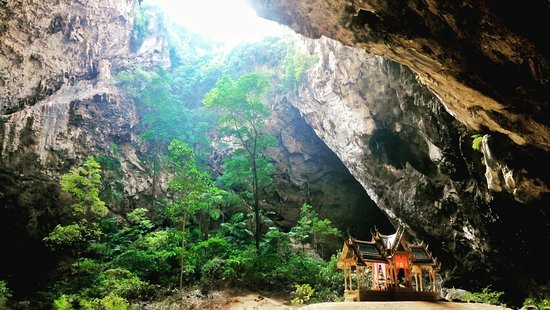 We visited in the early morning at first light, and were practically the only visitors. The serenity of rustling leaves and beautiful views made us hardly notice the hour's trek/climb. Part of the way, we were accompanied by a cute, mangy dog-guide who trotted before us and waited for us to catch up - we rewarded her with some breakfast after the climb!
Reaching the cave was magical, the temple bathed in natural light and highlighting the majesty of the surrounding, impossibly slender and tall trees. The temple was commissioned by King Chulalongkorn, apparently after being charmed by the mystical beauty of this place - and it's easy to see why. Wonder if he was carried here on a sedan though, can't imagine him making the trek. This was definitely a bucket-list experience for me!
If you intend to walk all the way instead of taking a longboat at the beginning, allow about 2 to 2.5 hours for the experience. There's tasty breakfast at the restaurant at the start of the cave with the best coconut shake we had in Thailand. 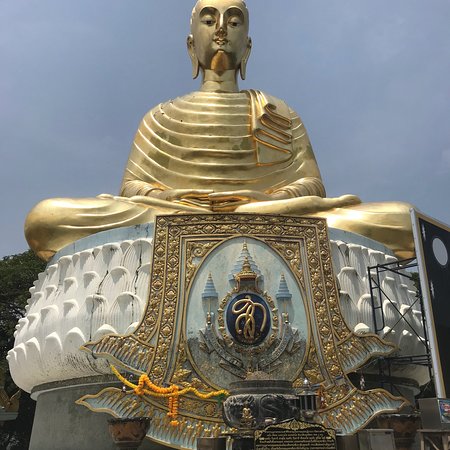 We drove Wat Tang Sai from Ao Manao Beach in one hour. The temple has nice bay views. The temple has beautiful Thai architecture outside. In the temple the stained glass is amazing and the Thai paintings on the walls are impressive. Tang Sai is one of the most beautiful temples in Thailand. 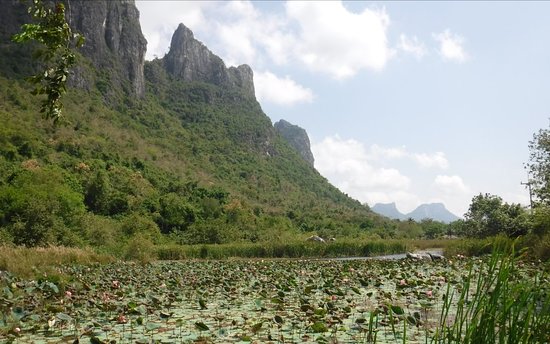 If you are in Hua Hin area this national park is not to be missed. Dotted with limestone peaks, caves, lakes, sea Beaches and food places, it is a delight for nature lovers. Entry fee of 200thb that gives access to the entire park. Best is to rent a bike or walk long distances. I entered the park from Ban Bang Pu village and camped on Laem Sala beach for two nights. This beach is pristine, without any tourists at all. I had the beach entirely to myself in the evening once the day trip tourists left. I took a minivan for 20thb from Hua Hin clock tower to Pranburi then a moto for 200thb to Ban Bang Pu village and then walked to the Laem Sala Beach. On return I found a tuk tuk for 100thb to return to Pranburi. It leaves around 6am from the village junction. 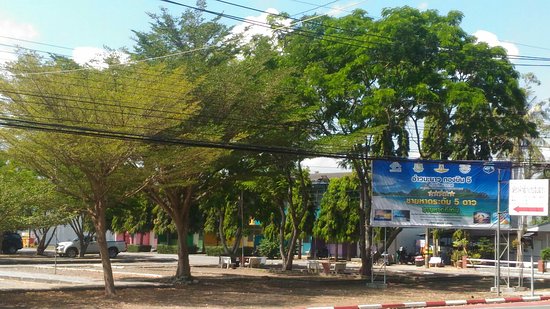 A little unknown place south of Bangkok. This beach resort is set inside a Thai airforce base. Popular with locals it’s soft sand and calm ocean water will have you relaxed all day. Defo worth a visit when ever your in the area. 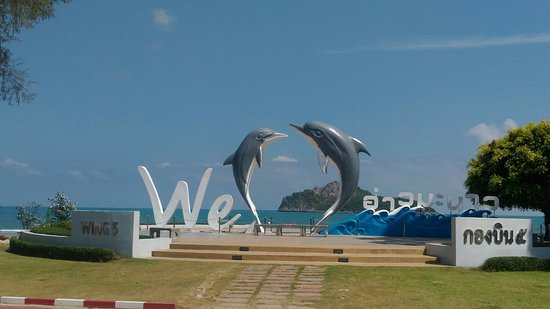 The beach is truly great and amazing as are the waters. Not many tourists only mostly Thai people. The scenery laying on the beach with the outlying Islands are a rare treat for the eyes. Service by the many beach vendors great one can order food and drink and relax and enjoy all day . The water in the sea is shallow so great for people with young kids.
A must see. 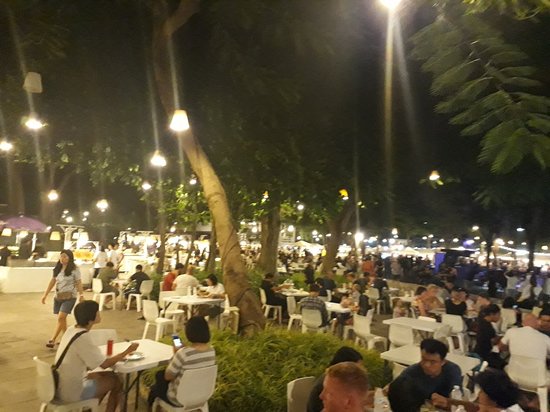 There are so many good places in Hua Hin city to chill out ,dine and drink .But, Cicada Market have it all; no admission fees, huge buffet of traditional Thai food and international food ,entertainment for adults and children and good souvenirs shops around the market as well.enjoy it and share your thoughts as well ✌️ 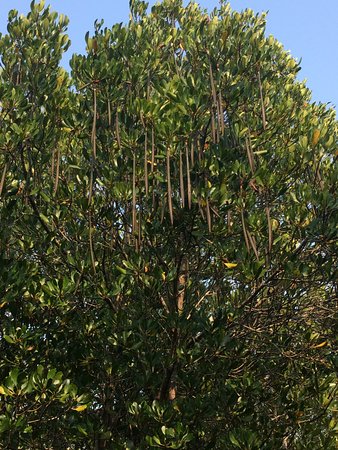 We visited Pranburi Forest Park, I found it very quiet and a little barren. Trees have been planted and there are walks and a camping site near the beach area.Every thing seems to be well maintained including the toilet block. It's an OK place but I would not hurry back. 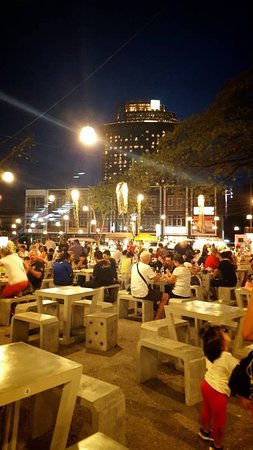 The charcoals burning and the street foods cooking. everything from fish, satay skewers to food trucks with ribs. The local Thai Idol winner (only joking - but sang as if he's been on Idol), kept us all entertained as we dined in with the locals for a wonderful selection of Thai food. 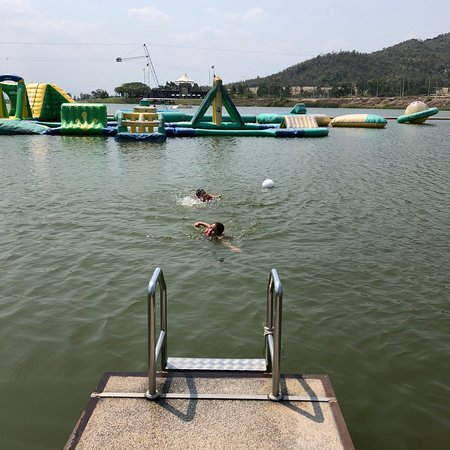 The Black Mountain Water Park is spread over 48000Sqm and is situated a short distance from the centre of Hua Hin, just 15 minutes from town. It opened in 2011 and is now one of the most favourite tourist attractions in the region. Tourists and local residents have been extremely complimentary about the good times spent on the many exciting attractions. The Park is full of high quality, modern equipment that is all operated in line with the highest safety standards and supervised by highly trained lifeguards. We have a 17 metre high tower with 9 different slides, a spectacular wave pool which is made the biggest wave in Thailand, the lazy river, a beach/infinity pool and children's pool, inflatable "Wibit" Sport Park all providing the best fun filled day out a family can have.

Was almost baffled at how well run this place is. We went with grandma and two kids (2 and 8 years old). Everyone had a fantastic time.
- Friendly, helpful staff. This in itself is a rarity, but here, the staff seemed genuinely engaged. My son lost his goggles in the lazy river and one of the lifeguards immediately started looking for them, grabbed a net, and fished them out two minutes later. I didn't even ask for or expect help!
- Well-designed. The park is compact and well laid-out, easy to find your way around. It's also safe - the equipment is well-maintained, they have helmets (required on the bigger slides) readily available, the inner tubes are all well-inflated. (Ok, the only questionable thing here is the little playground, which is directly out in the burning sun with no cover. Unsurprisingly, I didn't see anyone using it.)
- Something for everyone. Grandma loved the lazy river, and even went on one of the slides. There are baby slides for little ones, and super curly steep ones for older kids. One of the slides was genuinely frightening (but I went on it with my kid 4 times), others are vary degrees of exhilarating and fun. There's a blue tunnel one with lights inside that you ride in a tube - this is the best one. The wave pool was also a lot of fun.
- Manageable. We were there on a holiday weekend, and it was not too crowded. There were plenty of people there, it was just big enough to handle the numbers that come. Lines at the slides were minimal if at all, which is really great when you're with impatient kids.
- Reasonably priced. Unlike a lot of these kinds of attractions in Thailand that charge staggeringly high ticket prices, the entry fee is perfectly fair. You have to eat their food, but prices are fine. Nice to not feel like you're getting ripped off the whole day. Also - same price for foreigners and locals, which is refreshing.