What to do and see in Kirkwall, United Kingdom (UK): The Best Places and Tips

Kirkwall (Scottish Gaelic: Bàgh na h-Eaglaise) is the largest settlement and capital of Orkney, an archipelago in the north of Scotland, as well as the most populous island settlement in Scotland. The city is first mentioned in Orkneyinga saga in the year 1046 when it is recorded as the residence of Rögnvald Brusason the Earl of Orkney, who was killed by his uncle Thorfinn the Mighty. In 1486, King James III of Scotland elevated Kirkwall to the status of a royal burgh; modern roadsigns still indicate "The City and Royal Burgh of Kirkwall".
Restaurants in Kirkwall 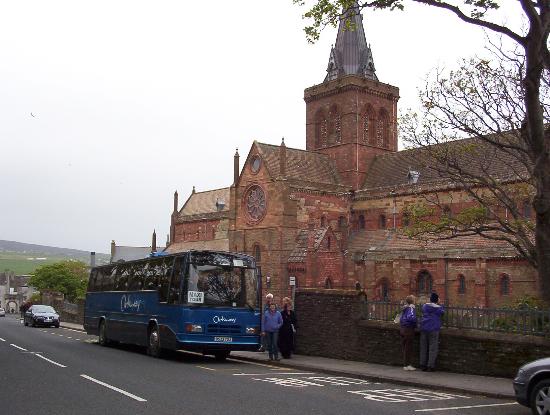 St Magnus Cathedral, built from red and yellow sandstone, is of international significance. This ‘fine minster’ took about 300 years to build, the foundations starting in 1137. It was dedicated to Magnus Erlendsson, Earl of Orkney. He shared the earldom with his cousin, Haakon Paulsson, but jealousy and greed culminated in Magnus being martyred on the island of Egilsay.

This Cathedral is the central place in Kirkwall as it has been for centuries.
The interior is a must see, and the burial areas are interesting, even if you are not a taphophile.
Parades and events are conducted in the square just below the front of the Cathedral. 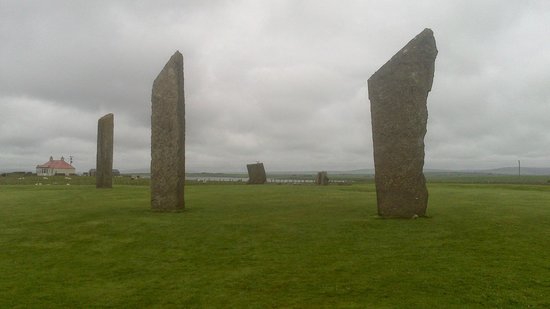 It is a great place to start your tour of Kirkwall and Orkney. Of course, the big attraction is the gift shop. We were there with a large group of people from the Clan Henderson Society, and when a large number of people descend on a rather small place, it is difficult for staff members to spend much time answering questions. 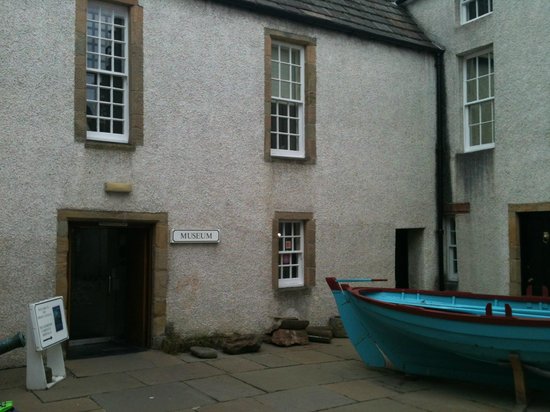 The Orkney Museum tells the story of Orkney, from the Stone Age right through to the present day. There is a large collection of old photos and activities to amuse younger visitors. The Museum's collection is of international importance and it has a changing temporary exhibition programme.

We almost were locked in this museum as it closed an hour earlier on October 1, the unofficial off season. The displays are well marked and explained. One gets a sense of the history of the island until today which is the goal. Might be better with guide or pamphlet but we were hurried due to time. Worth an hour possibly a bit more on a busy holiday on Orkney. Across from the Cathedral and ruins of Kirkwall. 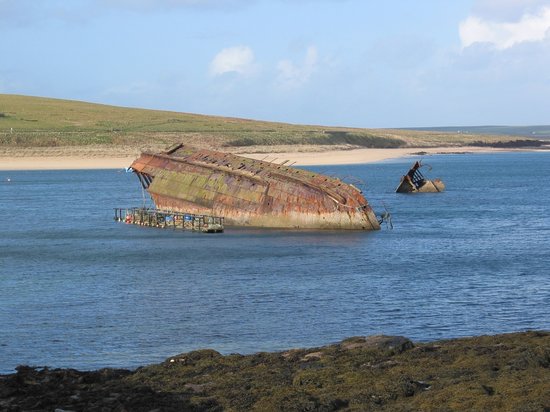 Scapa Flow has a lot of unique interesting history. Unfortunately, much of it cannot be seen because it is underwater. We saw some shipwrecks jutting out of the water. You would need to read up on its history before visiting to fully appreciate seeing the rusty pieces in this apparent graveyard of warships.
Scapa Flow is a body of water about 120 square miles in area and with an average depth of 30 to 40 metres. The Orkney Mainland and South Isles encircle Scapa Flow, making it a sheltered harbour with easy access to both the North Sea and Atlantic Ocean. It was used as a harbour by the Vikings and gained importance as a vital trading route to the Baltic sea.
In both World Wars, the German war ships and submarines was a constant threat. At the end of WWI, the German admiral purposely sank 52 ships in the area. These were salvaged afterwards. However, after HMS Royal Oak was sank by a German Uboat in 1939, Churchill ordered the construction of the eastern entrance with defensive barriers. This is what we have today. 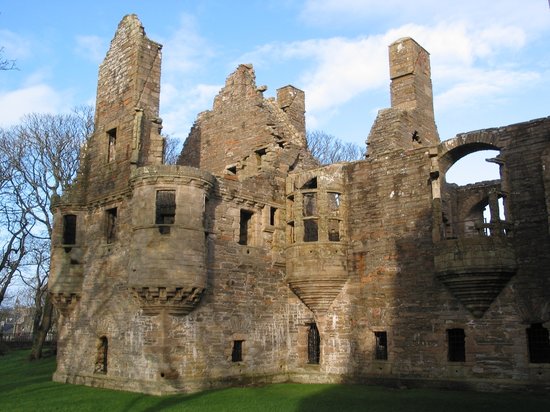 Me & my partner stumbled along The Earl's Palace by accident. There's so much to look around! The weather was nice so we leisurely walked around the grounds and read all the history. Well worth a visit - and best of all, it's free! 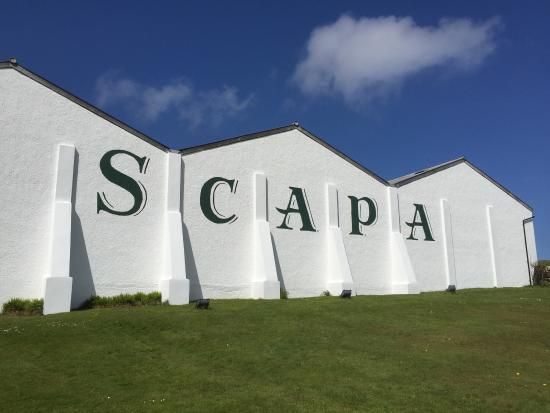 Explore the legendary Scapa Distillery. Situated on the shore of Scapa Flow, one of the largest natural harbours in the world.

We enjoyed a lovely tour at Scapa, on a horrible day it was the perfect activity to do. Our guide Eric was an excellent host who as well as telling us about the distillery, he explained a bit about the history of the surrounding area. The drams were super and we hope to come back the next time we visit Orkney. 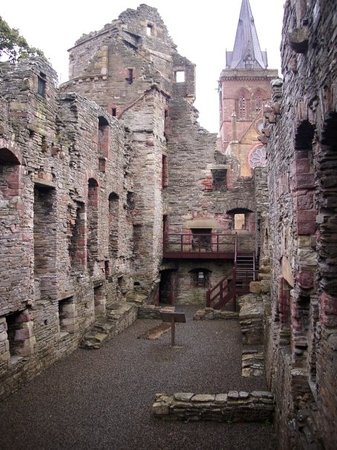 Step inside the spectacular ruins of two remarkable residences at the heart of Kirkwall. The medieval Bishop's Palace was built in the 1100s at about the same time as St Magnus Cathedral. King Hakon of Norway died within its walls after an indecisive battle with the Scots at Largs in 1263. In the early 1600s, the Bishop's Palace was incorporated into a refined Renaissance palace commissioned by Earl Patrick Stewart, one of Orkney's most notorious rulers. The Earl's palace was reputedly built using slave labour.

Opposite the Earl's Palace and included in the price it's difficult to remember which is which! Both are similar ruins and well worth a visit - but not for disabled. A must on a visit to Kirkwall. 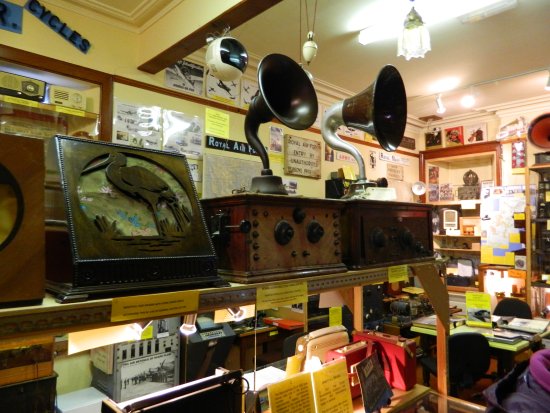 A small museum tracing the history of early domestic radio and wartime communications in Orkney. Maps, charts, valves, an early computer game, a 'spy' suitcase radio. Young visitors can send their name in Morse code to get a certificate. Entirely run by volunteers. Open April to September. Mon-Sat 10am to 4.30 pm. Sun 2.30pm - 4.30pm. 2016 admission £3 for adults, £1 for under 16 and students.

It's small, with only one room and it costs three pounds to enter, but for people of a certain age it's a real nostalgia trip. It helps if you like radios, but there are enough other things to keep the casual visitor entertained for a while. Pop charts, old records, cigarette boxes and the like. As with many similar places it is rather overfilled and poorly organised, but that is part of the charm. he volunteers were great and places like this deserved to be supported. 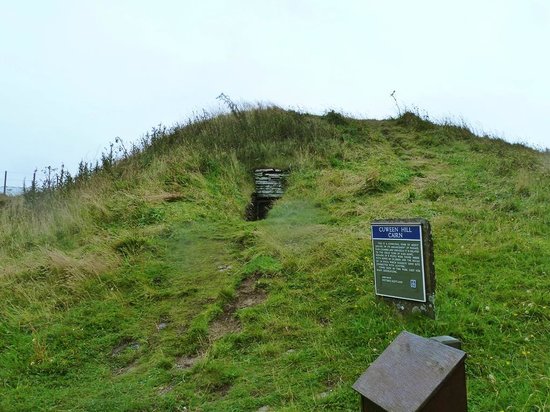 This is a great place to visit. It's just a short walk up from the car park, and after visiting the cairn, you can climb a little higher still for great views. There are no organised tours from the cruise ships, no guides making sure you don't touch or take photos. You'll probably have the place all to yourself.
The cairn is entered via an easy short crawl, then you're inside a real stone age burial cairn. It's similar in style to Maeshowe, but smaller. The central chamber is easily high enough to stand, and there are small, sometimes lower, chambers off from that. It's amazing to think these walls were built around 5000 years ago.
There are torches available in a box by the entrance, but they were pretty dim, so bring your own if you have one.