What to do and see in Huntley, United States: The Best Places and Tips

Huntley is a census-designated place (CDP) in Yellowstone County, Montana, United States. The population was 411 at the 2000 census. Huntley lent its name to the Huntley Project, a federal irrigation project that began delivering water to the arid district in 1907. Today, Huntley is an eastern suburb of Billings and is located east of Shepherd and west of Worden.
Restaurants in Huntley 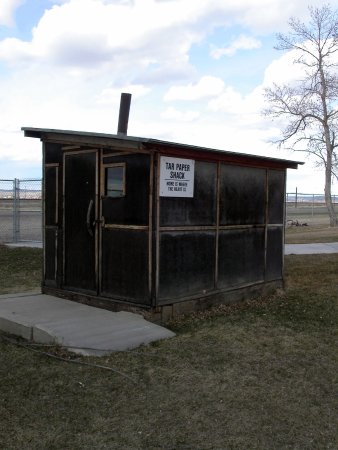 The Huntley Project is a success story of hard work and perseverance. In the early 1900's the US government worked out deals to help people settle in certain areas. One of these areas was along the Yellowstone River northeast of Billings Montana. In 1907 the Huntley Irrigation Project was started. Our grounds are serene and peaceful. Large trees, wildlife and flowing water in the summer creates a relaxing atmosphere for photography, painting, yoga, quiet contemplation or taking a relaxing walk among our historic buildings. For those who love history, interesting facts or genealogy we are a treasure trove of artifacts and information.

Neil gave us the tour of the Huntley Project Museum. We started outside with Neil speaking about the different farm implements used when Montana was just in its infancy. It is amazing what these pioneers did and HOW they made the irrigation canals that brought water to the region. If you like history or if you like farming history - this is the place to see. We didn't have enough time inside the museum but we were on a schedule. Thanks for the refreshements - they were a welcomed treat! 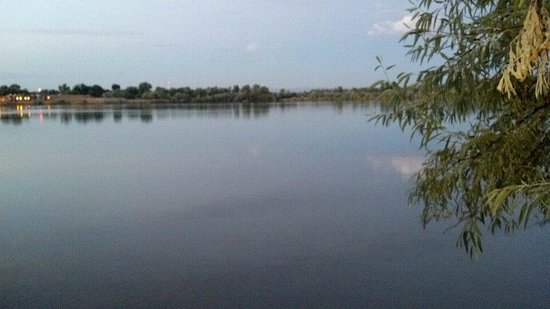 Lake elmo has a walking path all the way around it..about 1 mile or so all the way around....many spots to stop and sit on benches or shore...nice playground for small kids...swimming in summer months..handicap access to water...has bathroom shower in summer...no life guard so stay close to shore use buddy system...has shelters can use for parties with charcoal bbq....fishing so so small stocked fish but fun for kids or people that can't get out..dog friendly on leash...really nice walk at before sunset... 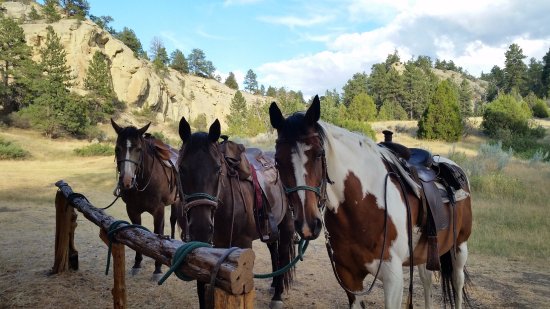 Bitter Creek Outfitters is a family-operated business providing scenic, guided horseback trail rides 5 miles from downtown Billings, Montana. We'll treat you to a leisurely trek through our Angus cattle ranch - atop the area's distinctive rimrocks. We'll show you spectacular views of five different mountain ranges and a unique perspective of the city. We keep our group sizes small (max 6 people) promising a personalized, unforgettable experience for beginners & advanced riders alike! AGE, HEIGHT/WEIGHT RESTRICTIONS APPLY. PLEASE SEE WEBSITE FOR DETAILS. We are a full-time ranch, part-time trail riding outfit so advanced reservations are required. We do not keep our horses saddled in the corral & ready to go! Season runs late April thru October, weather permitting. Rides typically start at 8 or 9am, 7 days/week, and we avoid afternoon rides during peak summer heat but we can be flexible with your travel plans. Let us know what works best & we'll do our best to fit you in!

We had a wonderful time on our two hour ride. Theresa is super friendly and competent, the horses were well behaved and knew their role, and the landscape and vistas of the 7,000 acre ranch were amazing! It is very close to downtown Billings as well, so no long drive to reach it. Online booking worked well. 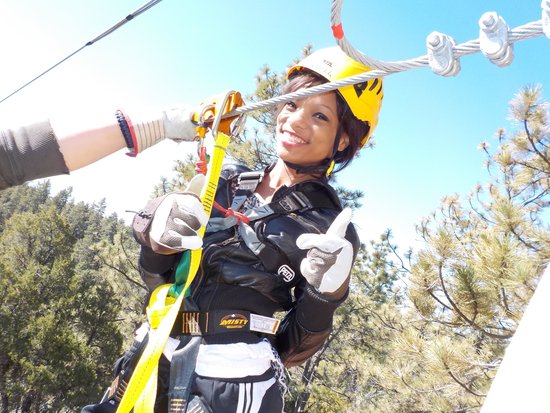 Montana's Premier Zip Line Course! Our customers tell us this is the best zip line course they have ever ridden. They compared us to dozens of other courses across the continent and rate us at the top for fun and safety. You are an active participant rather than just hang there. We have the best trained guides in the industry and safety is our #1 concern. Come out and have a great time!

Living in and around Billings I was surprised to hear that there was a zipline, with family coming to town we decided to take advantage of this adventure and our expectations were well surpassed. The tour took around 3 1/2 hours, the guides were engaging and professional. We all had a blast joking around and having fun with our guides but they also took the job very seriously and safety was their first priority. The ziplines were exhilarating and we really couldn't have asked for a better time. I HIGHLY recommend the tour, our group ranged in age from 10 yrs to 60 yrs. We cannot wait to go again!! 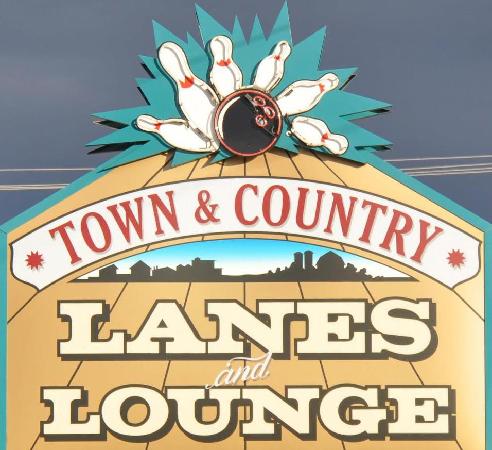 We are your local family-friendly, 12-lane bowling center. We are open at noon Monday-Saturday and at 9 a.m. on Sundays. We can accommodate large personal and corporate parties. You can reserve lanes online at our website. Price per game is $3.50, $1.75 shoe rental. Kids and seniors, $3 per game. Cosmic Bowling is every Friday night from 10-midnight and Saturdays from 7-9p.m.; $12/person, $1.75 shoe rental.

My older son had is birthday party here....he loved it! The staff was helpful and the kids bowled to their hearts content. We were able to bring in cake and the pizza is made fresh right in front of you. Plus pop and food is...MoreSo glad that you had a great birthday party experience! Kids love to bowl! We look forward to having you out in the future. :-)