What to do and see in Dunfermline, United Kingdom (UK): The Best Places and Tips

Dunfermline (/dʌnˈfɜːrmlɪn/ ( listen); Scots: Dunfaurlin, Scottish Gaelic: Dùn Phàrlain) is a town and former Royal Burgh, and parish, in Fife, Scotland, on high ground 3 miles (5 km) from the northern shore of the Firth of Forth. The 2011 census recorded the town's population at 49,706, however figures released in 2012 estimate Dunfermline's population as 50,380, making it the largest locality in Fife and the tenth largest in Scotland.
Restaurants in Dunfermline 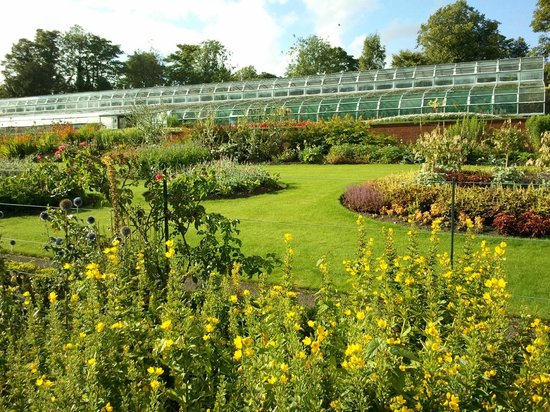 Heavy snow fall and a morning walk through the park with the snow laden trees quite stunning when the sun hits them . A lot of dog walkers out today and photographers with the same idea as me .I have my small bag of peanuts to attract the squirrels and robins . I was not disappointed 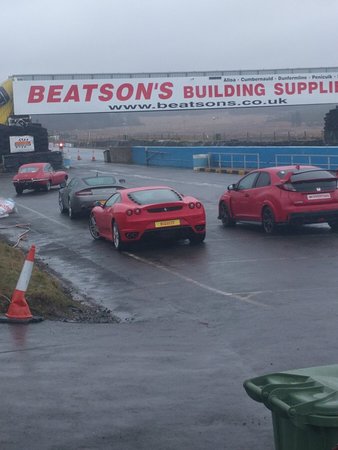 I was here yesterday for my Racecar experience....without doubt well worth the money!! And will most certainly be returning to do it all again. All the staff were fantastic from start to finish and my instructor Andrew was great and very knowledgable of the circuit even after it just being re-surfaced. Highly recommend you do one of the driving experiences you will not be disappointed! The whole experience lasted just over 2 hours (this was the extended experience with 4 laps with the Type R and then 20 laps in the single seater) fantastic day out! 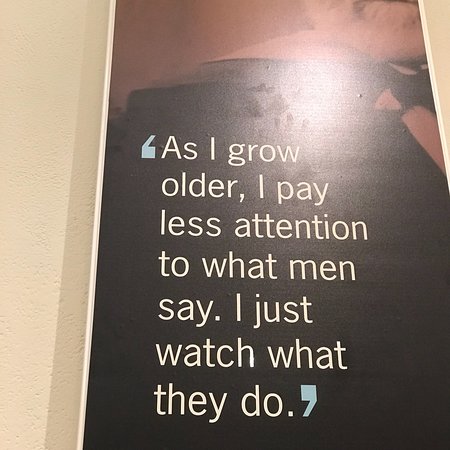 Come along and discover the original birthplace cottage of Andrew Carnegie (1835-1919). Find out how Andrew, born a weaver’s son in Dunfermline, emigrated to America and became the richest man in the world, and one of the most generous philanthropists of all time. The Memorial Hall adjoining the cottage tells the story of Andrew Carnegie’s lasting legacy which includes internationally renowned landmarks such as the Carnegie Hall in New York, the Peace Palace in The Hague, over 2,800 public Libraries around the globe, Mount Wilson Observatory in California, and, of course, the Diplodocus carnegii dinosaur!

My husband and I have visited this museum previously and thoroughly enjoyed our tour. The layout in the old dwelling of the Carnegie family is excellent and the information is superb. The downstairs area is fascinating and we spent a superb afternoon Reading all the information and looking at the exhibits. There is an amazing amount of varied and really interesting information. We really loved it. There is a little shop and a tearoom too. There is no admission charge and the public parking outside is plentiful and reasonably priced. The curator too was extremely helpful.
I returned with 2 of my granddaughters aged 12 and 10 during the October break and they too loved the experience. They were probably not as interested in all the information available but there are many interactive options for them including morse code practice, board games and puzzles. They too thoroughly enjoyed their visit and of course enjoyed buying a souvenir from the shbeing served by an extremely pleasant assistant. Well worth a visit by all age groups. 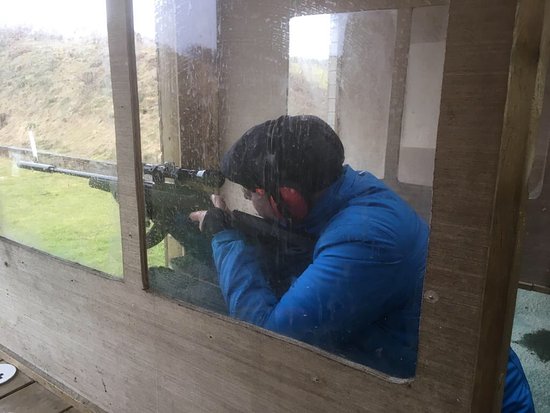 Went for a Stag party, everyone (two groups of 6) had a really good time. The people who own this company are very friendly and helpful.
1) Shooting is extremely safe. The guy loading the gun gives you an analysis of your previous shot and helps you correct it.
2) Quad biking is reasonably safe but can legitimately feel very dangerous! The course is not too rough but some parts of it are a little bit scary and uneven. One guy leads and the other guy watches from a short distance. If you are weak or really heavy I'd recommend not doing this. 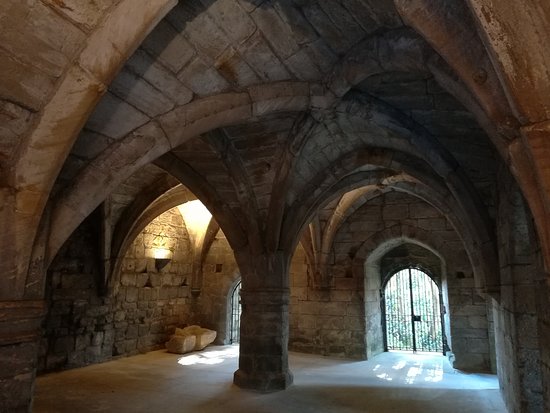 Admire one of Scotland's most impressive medieval interiors and most important royal sites, founded as a priory in about 1080. Robert the Bruce was buried in the medieval choir, now beneath the Abbey church of 1821. St Margaret and David I are among a number of monarchs and other royalty laid to rest here. Charles I was born in the palace that grew up alongside the abbey.

Fascinating ruins with really good explanation boards and illustrations. Really interesting place to explore and the kids 9 & 5 loved it. I kept a tight hold on the 5 year old though as there are a few steep stairs and drops. 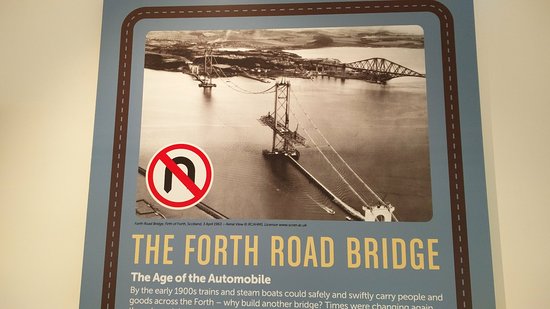 We called in recently with our 6 year old grandson for a quick browse whilst his Mum was at the hairdresser across the road with his sister! It's a lovely place and well worth the wait when it was being extended. the children's library is excellent and the staff throughout are friendly and helpful! 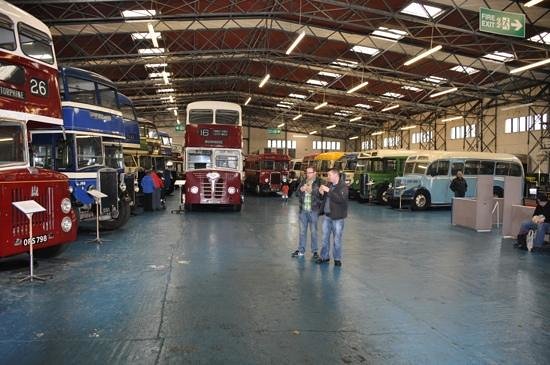 It would be fair to say that when I suggested to the family we go along to the Scottish Vintage Bus Museum annual open day (largely based off other trip advisor reviews) their responses were distinctly underwhelming to say the least..... but by the end of day the children didn't want to leave and we all agreed we'd had a great day out!! We toured around the site in a variety of buses, a particular favourite being the open top bus. We also took a trip on the small railway. Fun, unusual experience. The kids liked the bouncy cancel too. The museum is run by volunteers and I was struck by how enthusiastic, friendly and knowledgable they all were. The site itself is much larger than I'd appreciated and there were loads of buses to see and explore. I'm not at all a bus fanatic but i must say I'd thoroughly recommend for all the family if you want an interesting and good value day out. 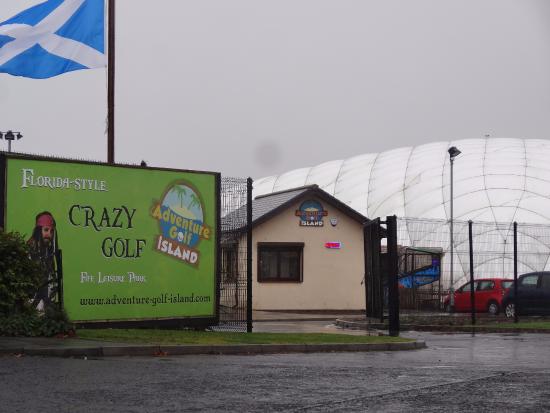 With the renovation completed Bella Italia has reopened and a new Burger Restaurant has opened beside it 'Smashburger . A large American chain .I cannot understand the criticism from one of the reviewers .The only business to close was Maya Indian restaurant and that was replaced by Smashburger ! We have the Sweet Chestnut and a Marston Hotel ,Starbucks ,Crazy Golf ,Chiquitos ,KFC, Pizza Hut , Frankie and Bennys, McDonalds and a Brewers Fayre , Premier Inn ,Gala Bingo ,Nandos ,Chinese Buffet, Bannatynes Gym ,The Odeon Cinema with ten Theatres and a Costa . I have yet to see a better Leisure park in Scotland . My apologies if I have missed one out !. 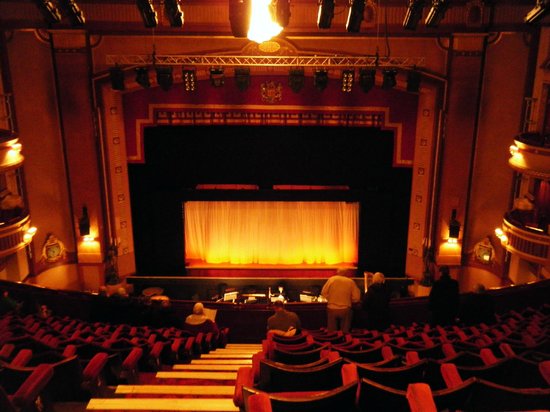 This is a lovely old theatre and although a little tired is in better condition than many. We were in the front row of the circle (A20 and A21) and had an excellent view of the stage. As others have said some may need to lean forward a little to see people's feet towards the front of the stage however, for us, these were the best seats in the house. The seats are quite old and not the most comfortable but no worse than other similar theatres however, for us, we found the legroom in row A of the circle to be pretty good. The circle is quite steep and this may not suit some but I expect it would be ok for most. There are a couple of car parks across the road and up the hill both free after 6pm. 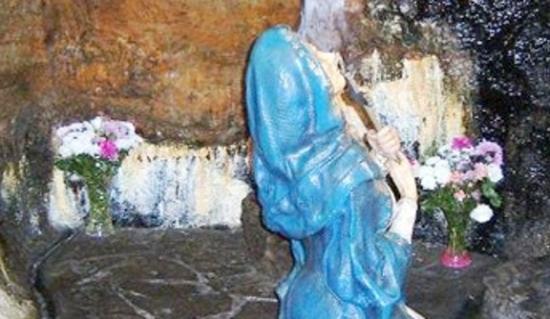 This small cave used by Queen Margaret (sainted) is approached by steps and underground passage under a car park. It is free to enter, but it would be unsuitable for those with mobility problems. It was nearly lost in 1960s when the town wanted to build a car park over it!