What to do and see in Ciudad Juarez, Mexico: The Best Places and Tips 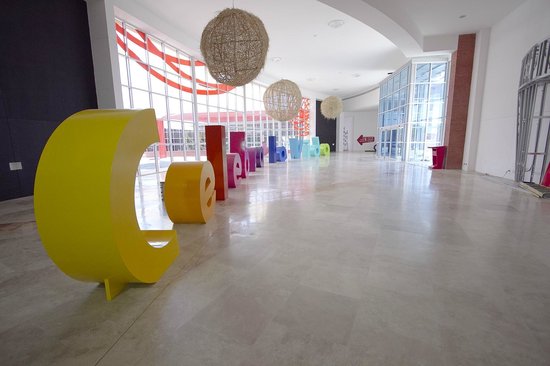 This place is so great and it's also a learning site for kids from ranges of 1 year up to teens. It's well equipped and there are lot of options for kids to learn. There is a food court inside so you can happily spend the whole day there. Thanks to the Juarez families which economically support this place. 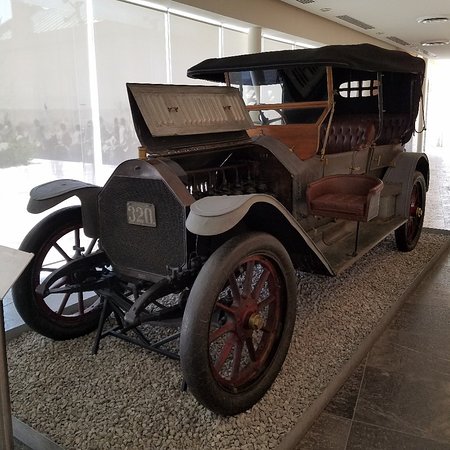 It is probably the only museum that has been remodeled to receive tourism. If you go on Sunday it is free all day, they also have guided free tours and a lot of memorabilia and rich history about the Mexican revolution. 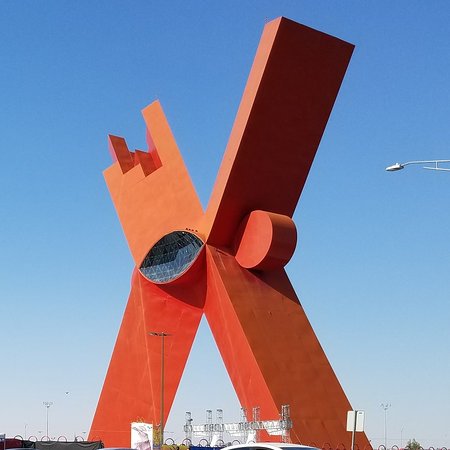 It is something to behold. A giant red X. it is visible from many miles away. It is a pretty clean area and nice for visitors. 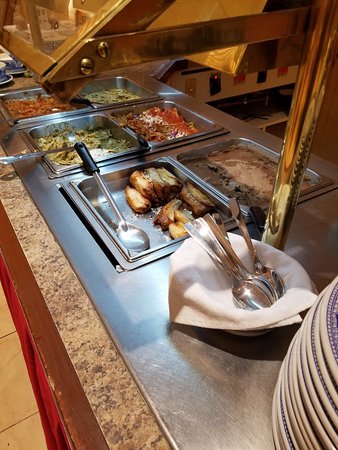 The Mall:
Was amazing. Includes a 16 screen imax movie theater,  ice skating rink/ inner tube slide, 2 Chucky cheese style places with arcade, a indoor trampoline center similar to sky high, even a gym with racketball court. My wife had her nails redone for only $9 dollars. Wow I came from Los Angeles you can't get anything for that price.
If you have a sensitive stomach and only eat what you know, don't worry there is American based restaurants inside and near by like buffalo wild wings, Wendy's McDonald's, Subway & Starbucks. 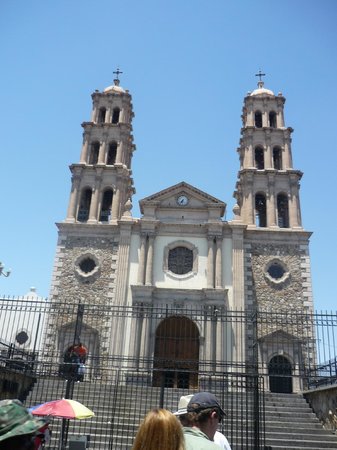 I was walking around the city and saw this beautiful church. Just walking up to it you realize how breathtaking it is. Once inside you are in awe by the beauty of all the stand glass and at how large it is. Very spiritual experience this is an absolutely beautiful church and should be seen if you are in the city. 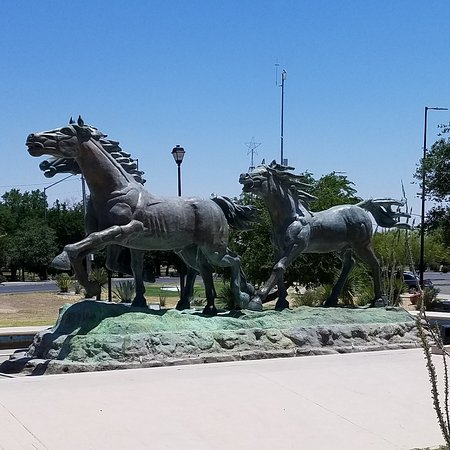 I regularly pedal through this exceptionally fine site that preserves the century long process of determining the boundary between the USA & EUM. Prior to border resolution, the Rio Grande/Rio Bravo meandered through a huge floodplain, causing a “no mans land” where law enforcement was sketchy and nobody was certain of what country they occupied.
Once the boundary (mid-stream of the aforementioned river, now ditched/dyked/controlled) was firmly affixed, this area is a wonderful well-wooded,green space, a park for the people—along with an archeological museum and a camping area, all free of charge!
I highly recommend this 5-star site, and it certainly has my “Wheel of Approval!” 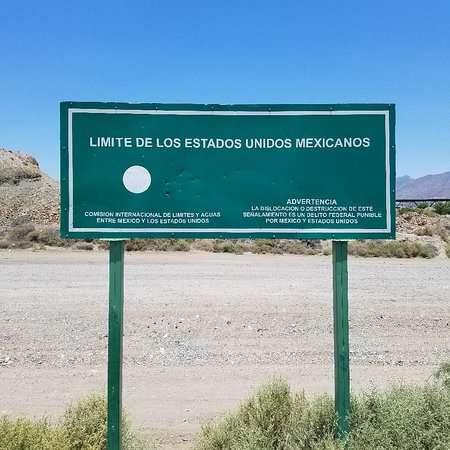 I pedal here regularly, and have camped (and wrecked!) here, in addition bringing visitors to this site. It is situated on the banks of the Rio Bravo/Rio Grande in Parque Madero, adjacent to Boundary Marker One/International border between the USA & EUM. It is well signed, but not so easy to get to; it is on the levee road, which is about 3miles/5kms of very rough gravel/potholed surface. However, the reconstructed 2-room adobe building is extremely important: former President Francisco I. Madero & Pancho Villa met here to determine the future of Mexico during the 1911 revolution. The friendly, knowledgeable Curator/docent Alfredo can give you a thorough review of those happenings, as well as relevant information about the area. If you have a valid passport, you must visit this site. It is worth 5-stars and gets my "Wheel of Approvale!" 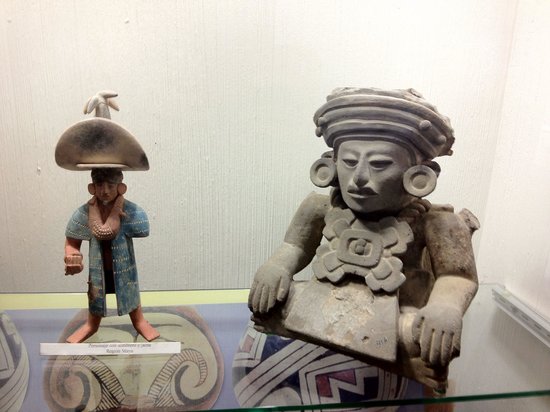 This fantastic museum is located within the Parque Publico Federal "El Chamizal" (resolving over a century of boundary dispute between the USM and the USA, when, on 25SEP1964, former Presidents Mateo and Johnson agreed that the mid-channel of a channelized/diked/concreted Rio Bravo/Rio Grande), an area of land exchange mutually agreeable between the neighboring countries. On both sides of this now-firmly fixed border, the land has been transformed into parks, sporting fields, an other community-based events/organizations. An international bridge/ports of entry with broad and often congested avenues of free transit for people crossing over the often-dry riverbed symbolizes a central tendon of the cooperation amongst all. I often pedal this route in both directions, depending upon my own destination.
Too often have I stopped on the sidewalk in front of this museum, seeking only shade or rest or both, often wondering about the inside. On Veterans Day, 2016, I not only made my usual stop, but entered with a desire to learn more.
The smallish interior was a bit sparse whilst undergoing renovation, but it was decidedly of the high quality found in reputable museums around the World.
However, the finest and grandest part was not within the walls, but through another glass door leading to an immense cultivated grounds displaying the pre-Spanish history. It was fascinating and a past never to be forgotten. This was the best way I could spend my Veterans Day, recognizing all those who died to give us the World we have today; it is also worth my hearty "Wheel of Approval!" 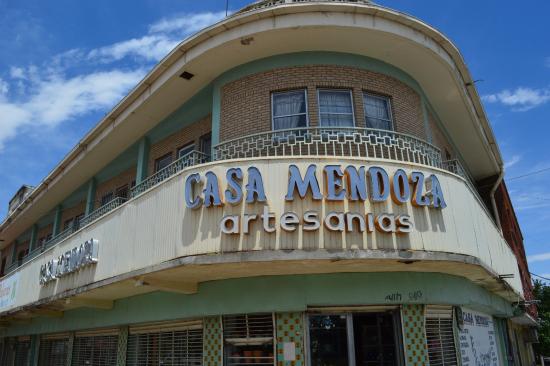 Cycling coast to coast from Miami, FL to San Francisco, CA I arrived in El Paso, TX
I decided to take a day trip over the foot bridge - very simple and straight forward
Lots to see/buy/smell and do, which will happily take half a day or more if you allow for a meal as well. Impressive place and some well needed respite for a knackered English cyclist
Highly recommended
Enjoy 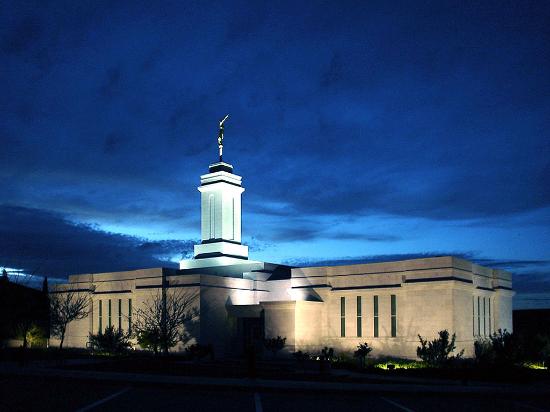 The Ciudad Juárez Mexico Temple is located in this "border city" of Ciudad Juarez (near El Paso, Texas) where industry and factories are found in abundance, and, hence, where many people and many LDS church members are found. Within the immediate area are 12,000 members organized into five stakes.
Elder Eran A. Call of the Seventy and president of the Mexico North Area, presided and spoke at the groundbreaking ceremony of the Ciudad Juárez temple—the state's second. While speaking, Elder Call testified that temples are evidence of Church members' belief in life beyond the grave. He informed members that each child, youth and adult member in the temple district would receive a picture of the temple to remind them of the sacred nature of the building."We live in an historic period in the Church and in the world, when the president of the Church has announced that 30 temples will be built," said Elder Call. Whenever the Lord has permitted the fullness of the gospel to be present on the earth, temples have existed. They are sacred buildings dedicated to a sacred work. He pointed out that the decision to construct a temple in that location was one of inspiration. President Gordon B. Hinckley selected the site as one for the temple. "This was not my decision. The decision was made by him."
Elder Call informed members that instructions had come to move forward rapidly on construction and to prepare for the dedication. "I suppose," he said, "that within a year we will complete this beautiful edifice and begin to function as a House of the Lord." Because of this, "We want to be prepared and attend the temple, not just to have the temple as a monument," he said. This kind of preparation will bring the members more faith, purity, cleanliness, integrity, love and dedication to the callings they hold. "In this temple district, we have members on both sides of the border. This will bring a uniting and joining of members on both communities. This temple is a great thing for members in the United States as well."
"Never have I been so filled with joy as at this moment." Héctor Escobar Alcantar, patriarch of the El Paso Texas Stake, stated that in 1936, Ciudad Juárez received its first meetinghouse, and now, 63 years later, is receiving a temple. "The Lord has revealed to our beloved prophet, President Gordon B. Hinckley, that a temple should be built in this part of His vineyard. We, the saints in this part of the vineyard, accept the responsibility to be worthy of this high position and to strengthen the Church in this place" (paraphrased from Church News, 23 January 1999).