What to do and see in Bridgman, United States: The Best Places and Tips

Bridgman in United States, from Nouth America region, is best know for Wineries & Vineyards. Discover best things to do in Bridgman with beautiful photos and great reviews from traveller around the world here!
Restaurants in Bridgman 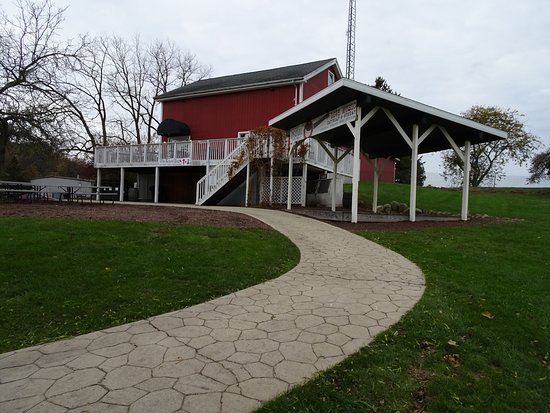 Hours listed on TripAdvisor are not always correct! Please confirm hours on our website. This location is home to our iconic round barn and is extremely busy on weekends. We strongly suggest reservations for wine tasting. Walk-ins are based on availability. Live music on weekends May - October as well as special events throughout the year. Check our website for a list of events and details. The Round Barn Grille is also available on the weekends May through October (weather permitting), or you can visit the Round Barn Public House (only 3 miles away) for a full menu featuring locally inspired, made from scratch pub food, great pizzas, 20 beers on tap, as well as our wines and specialty cocktails. Oh yeah, and a kids menu too!

We took a day trip here for my birthday in September with some friends. Great wine and beer selection. Love that they have live music and have food trucks for a bite to eat. The only negative would be that they need more seating especially with shade. We had a great time although it was very Hot! 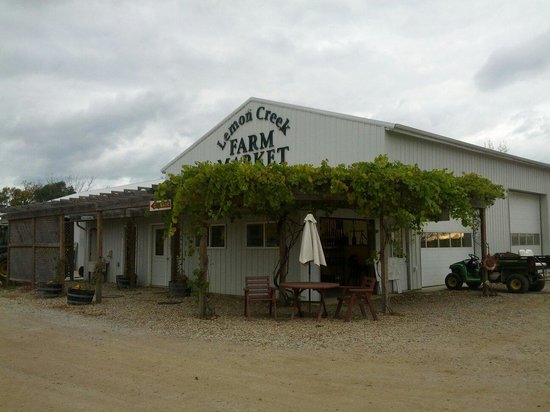 Family owned and operated with 160 years of grape and fruit growing experience, Lemon Creek is an estate vineyard and winery, producing 25 different wines annually. Specializing in French red varietals and German whites, the winery has been awarded with multiple international gold medals, as well as multiple regional and state Awards.

My husband and I stopped at Lemon Creek while wine touring the area in March 2018. Lemon Creek had a lovely aesthetic appeal to it, and the inside was impressive. It was nicely decorated and very inviting. I wish I could say the same about the staff. They weren't unfriendly, but they lacked that personal service.
The wines were good, but the Spumante was what really stood out! It was fantastic! They had peach and raspberry.
We had a nice stop, but left quickly since there was no conversation between us and our server. We just felt like another bottle purchaser rather than a prime customer.
Definitely a neat stop. We recommend it to others. 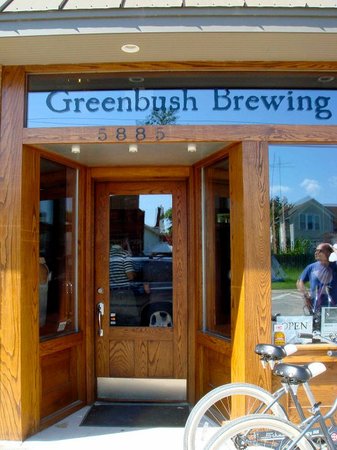 HOURS Sunday - Thursday: 11:30 a.m.-10 p.m. Friday and Saturday: 11:30 a.m.-11 p.m. Good ideas often start over beer. Always looking to take a good thing too far, we sat down over a beer (or two) and decided that beer itself was a good idea. Of course, not just some easy-drinking, institutional prole beer, but stuff like the beers we'd had at great bars. In short, we wanted beer with flavor. Complexity. Character. Intensity. Not words found in the mass-market lexicon. So with a banjo burner, a bunch of industrial-sized kitchen pots and as many buckets as we could find, we jumped in feet first. Once a week, every week. This led to brewing twice a week and handing out bottle after bottle to everyone we knew. Now, several years later and with a 15 bbl version of our banjo burner and kitchen pots for a brewhouse, we're befuddling the beer judges and converting the masses. One pint at a time. Located in the small lakeside town of Sawyer, MI, Greenbush crafts beers with names like Anger, Closure, Mammoth and Doomslayer-and with nothing under 6% ABV, the monikers are indicative of the styles. The brewery serves beer and a full menu out of its Sawyer taproom seven days a week and currently distributes to bars, restaurants and retailers throughout the state of Michigan, in metro Chicago and Northern Indiana.

Stopped by here as we headed north. Did a sampler of 4 beers....mild to strong. Of course, liked some better than others, but there is something for everyone. We were not ready to eat at the time we were there, but the food looked delicious and plentiful. Want to go back just to get a meal! 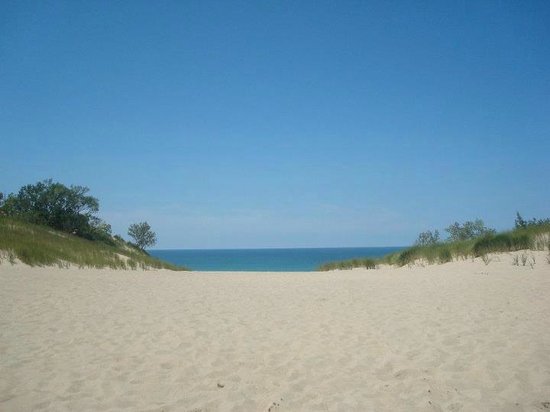 Worth going in the off season for the elbow room - beautiful and immediate views of the lake and dunes from the parking lot, minimal infrastructure on site though. 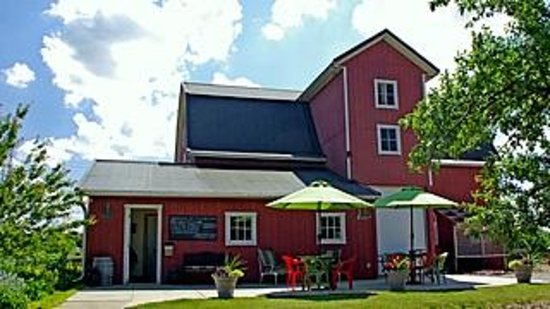 I thought this place was great. Coming up the drive I immediately became excited as you could see how quaint it was. It is not a huge commercialized place and that is what I liked about it. It is a charming little tasting room where...MoreThanks very much for your kind review! Hope to have you back at our winery soon. I read this beach was dog friendly, which it is, so that is why we chose to visit. We parked in the main lot that doesn't hold many cars. Luckily, we were there on a cloudy and cooler summer day so we had no trouble getting a spot. The trail is paved for a little over 1/4 mile until you reach the sand dune that you have to cross over to get to the beach. Some said it was difficult, others said it wasn't bad. I felt the inclines were gradual and manageable for most age groups, but you are walking on dry sand. On a hot day, I could see breaking a sweat as you walk, but it's a very beautiful walk. I would say the path to the water is about .5 miles total. With the dog, it took us about 15-20 minutes with sniff stops for the dog. We got to the lake and was surprised to see there was no beach! The waves were coming up to the grassy bank which was about a 5-6 ft drop. We had to take the grassy path above the water to enjoy the area. A suggestion, when you get to the lake from the path, go to your left, not right. The beach opens up a ways down to the left. We saw people swimming and having fun. We still enjoyed the area because it was not crowded and you could explore. We climbed a dune, ran down it, and walked through the paths in the grass. We didn't think this was a beach where you layout and stay for the entire day. We didn't notice anywhere to pay for parking or anything, but again, it was a cooler day so maybe they don't enforce when it's not busy. 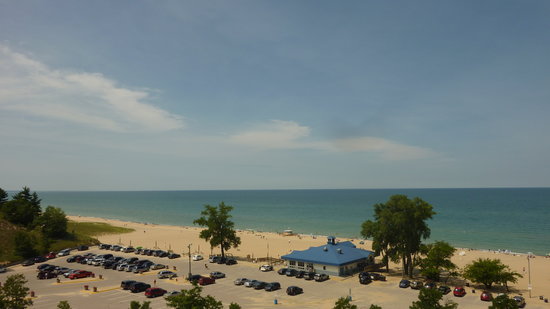 Nice beach along the Lake Michigan shore line. A small campground near by, and a large pavilion at the beach. Easy access about a mile off Red Arrow Highway. Nice sand, less crowds than nearby Warren Dunes. (but less dunes, too) 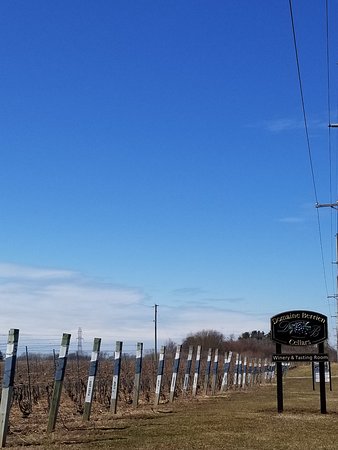 One of my favorite stops on our three day quest! We got to hang out with Breena! The place was packed! Yet, we still felt like the only ones there! This is a family run place, and I could see the value their visitors!

It was hard to choose a favorite, because all 5 samples were outstanding! If we had to choose...

Breena took a lot of time with us. She told us a great deal of history behind these great wines and the grounds! Top notch! 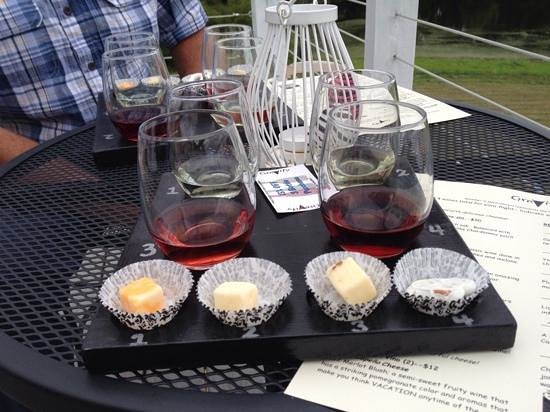 At Gravity, we specialize in Wine Flights! Get Four 1/4 full glasses of wine paired with cheese and crackers, all on a cool tray to take to your seat. Enjoy this Wine Flight with friends inside our expansive tasting room or on our beautiful deck over looking the lake and vineyards!

We have been here several times & absolutely loved this place from the minute we walked in. The greatest thing we loved best was Gravity offered pairings from little cups of chocolates, different cheeses, crackers, etc with your wine choices Whatever went best with your wine NOW you get 2 cheese cubes, 1little cracker & a mini pretzel thin no matter what wine choices you made. They have a great outdoor patio overlooking the vineyards BUT they were hosting a private party so we were not able to go on the patio & enjoy our wine. They do have outdoor seating on the other side in the sun! I don't know why they couldn't build a pavilion for private parties so ALL their customers can enjoy the beauty of the vineyards!
So in my opinion either the owner has decided a great customer experience like before doesn't matter or they decided to go cheaper but the prices stay the same or go up. It's sad that they took a great experience & changed it for the worse. 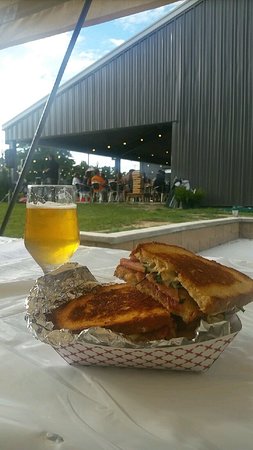 We were recommended from a local winery owner to visit Watermark. This place was great. Music , entertainment, beer flights, etc were all great. Service was prompt and polite. They have many different craft beers to choose from. We did a flight, so that allowed us to find which bones we liked best. Definitely worth stopping at. Only drawback is no kitchen. However, they did have a good truck there when we were there.