What to do and see in Bedford, United Kingdom (UK): The Best Places and Tips

Bedford is the county town of Bedfordshire, England. The town has a population of around 80,000, whereas the Borough of Bedford had a population of 166,252 in 2015 together with Kempston.
Restaurants in Bedford 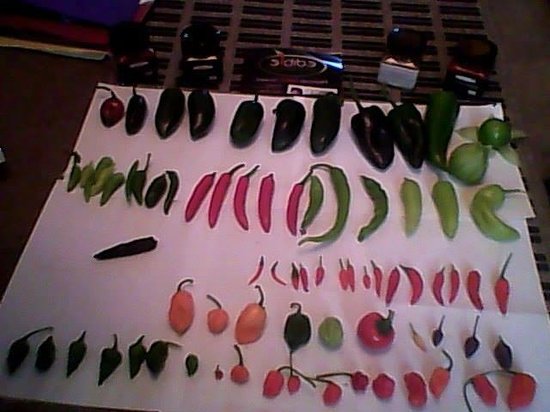 We began selling chilli pepper plants in 2001. The plants, and later pickles and sauces, gained very favorable attention and in 2007 we purchased Cherwood Nursery in Chawston which we renovated. Known for its 'Pick Your Own' chilli tunnel which is open to the public, the nursery has become the destination of choice for European hot pepper enthusiasts. In addition to fresh retail and wholesale chillies we also produce a selection of gourmet sauces, spice rubs, dried, smoked, frozen, and pickled chillies processed onsite in a 5 'Stars On The Doors' production kitchen. We also 'grow-to-order' for many other European hot sauce producers, restaurants, farm shops, delicatessens, and distinguished retailers such as Harrods and Fortnum and Mason. We host tours and workshops. Our chilli sauces are available from the nursery and local Waitrose stores. Edible Ornamentals has featured in the national daily press, The Economist and leading national trade publications The Grocer and Fresh Produce Journal. Joanna featured as a chilli expert on BBC's 3 Counties Radio, Radio 2's 'Chris Evans Show', and Radio 4's 'You and Yours' and has appeared in many TV programmes including Ready Steady Cook, Economy Gastronomy, Market Kitchen, Countrywise, Gordon Ramsay's 'Ultimate Cookery Course', 'The Hairy Bikers' and ITV's 'Sunday Brunch'. Heston Blumenthol visited and filmed an episode of his Channel 4 series "Great British Food" which featured Shawn and Heston eating a Trinidad Moruga Scorpion, hottest chilli in the world at that time. Edible Ornamentals won an extremely prestigious "Grower Of The Year Award" at the annual Horticultural Weekly sponsored event in 2011. That same year we were crowned "Best Chilli Grower UK" at the Fiery Foods Festival in Brighton. We were also named 'Local Food Hero' for East Anglia by the Good Food Channel's Market Kitchen and in 2015 awarded an extremely prestigious TripAdvisor Certificate of Excellence.

Wow, I had an incredible experience at Edible Ornamentals on a tasting tour! I seriously urge and strongly recommend everyone to try it.
I visited with a friend (Mark P on TripAdvisor) and we had a great time, learned a few things and bought some exceptionally tasty chilli sauces.
The owner, Shawn, was passionate about what he does and he took great pride in what he's achieved. He was full of information and the homemade sauces he's created (along with his talented chef Chilli Olly) were a real triumph. You have to try his steak brisket chilli con carne - delicious!
The whole team here are doing something great so show your support and pay them a visit. They'll turn you from a chilli lover into a chilli enthusiast, just like they've done to me - in a single visit!
Simply fantastic and utterly impressive. 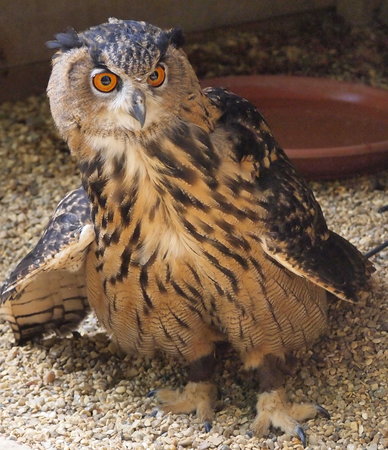 We booked this as a 50th birthday experience. We'd already been once before for a family experience for our daughter's birthday and as it's was such a brilliant experience we decided to return to do a different experience day.
Kyle our falconer was so knowledgeable about the two eagles we went out with, that the whole day was made very interesting for us. We got to see the birds in flight and even though they didn't catch anything on this day out, we genuinely enjoyed the countryside and having the opportunity to be up close to these magnificent creatures. Added bonus with this experience was that we had a homecooked lunch made by Phil in the farm house.
Highly recommend visiting The Birds of Prey Centre to see the owls and the otehr birds of prey or buying an experience...as the twice we've been it has been excellent. We are already thinking about going back! 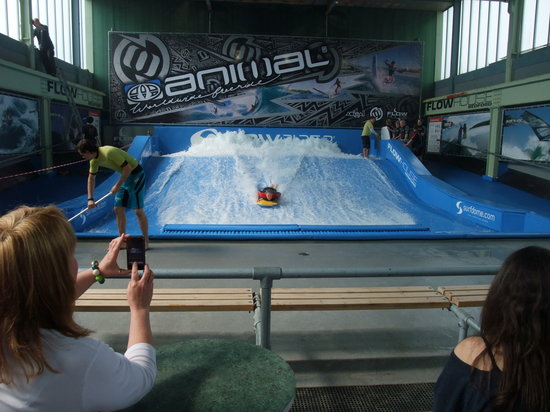 Looking for an exciting activity? How about Indoor Skydiving, Indoor Surfing, Racing simulators, Childrens soft play area, a climbing wall and Powerfan decender jump or Target shooting and archery* (*Coming Soon) Not to mention the gym and leisure centre, accommodaiton and Bar & Grill!

Lots to do spread across different levels. We went for the indoor Skydiving experience which was excellent would recommend to all. We also stood and observed other activities available including the wave machine which looks utter fun and the race car driving stimulation experience. A...MoreHi DebbieRat I'm really glad you enjoyed the Indoor Skydiving. Hopefuly we will see you here to try the Surfing soon! 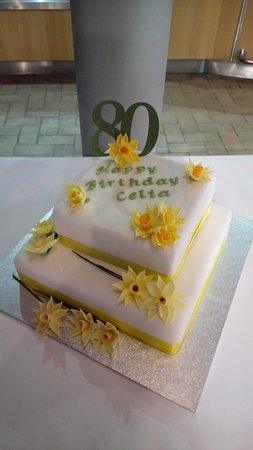 A visitors Centre in the heart of the Forest of Marston Vale, with Lakeside Cafe Bar (serving a range of hot meals, cakes and snacks), gift shop, bike hire (and adapted bike hire), 8km of surfaced, level tracks and beautiful views. With picnic areas, and suitable outdoor Seating areas for dog walkers in the Cafe.

It is a good walk around the lake, and will take about 45 mins at a good pace. their are birds to see, and bike riders both children, and adults. With a nice cafe at the end, for tea and toilets. 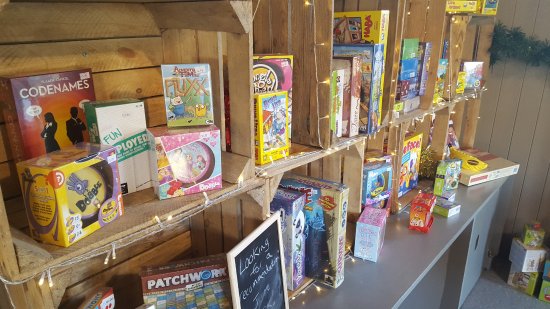 At Ready Steady Roll we have a dedicated area in our Toy and Games shop for you to play loads of different modern, fun board games. Let our Games Guru recommend a game for you and teach you the rules so you can get straight to the fun. You can even enjoy a slice of delicious homemade cake and a drink while you play!

Discovered this little gem hidden just off the A6 between Bedford and Rushden. Cosy gaming cafe with a wide choice of games to play and buy as well as some of the nicest cake we've had. We were greeted in a warm and friendly manner...MoreThank you! Love hearing about how tasty the cakes are!! We provide single and multi activity experiences all at one great location for groups and individuals. You can canoe & kayak on the Great River Ouse, rock climb on our indoor or outdoor walls, scale our high ropes course and learn the art of shelter building, fire lighting & cooking using traditional methods (fire!). All of our activities are instructor lead so you have a professional to guide and look after you from arrival to departure helping you get the most out of your time with us. Whether you are looking for a fun experience with friends or family or looking to improve on your existing skills, we have the expertise to help you do that in a relaxed and friendly atmosphere.

We had such a brilliant day, Special Thank You to Ben and Chris for their expert tuition and patience. These guys are really great and go beyond the call of duty to make the whole experience really memorable. 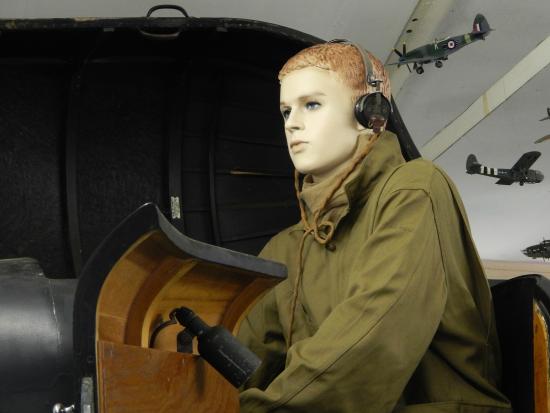 not only is the museum impossible to find,when we finally found it,it was closed!all that way for nothing!the sign posting to the place is appalling,and the notification on the website not very clear,was really looking forward to going to this place(having read the rave reviews),should be made clearer nearer the venue that its closed til 11th september.VERY DISSAPOINTED! 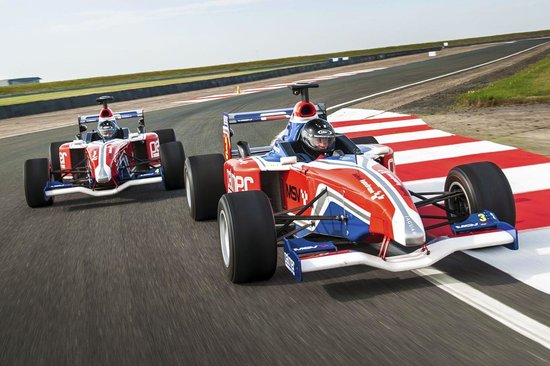 Designed from scratch by former F1 driver Jonathan Palmer, there is nowhere else in the world like Bedford Autodrome. The venue has been purpose built for speed and space, containing four entirely distinct circuits and over 5 miles of track laid out across a 384 acre site, with vast run-off areas that provide optimum safety.

I have done loads of trackdays around the country but this was by far the most organised and welcoming venue I have been to.
Very friendly and welcoming team, good briefing and a fantastic track.
The food at lunch was also great!
Hats off to the guys at MSV We have attended a couple of dos here in recent years,the first being a 40th celebration and then recently a wedding.....both occasions were superb,food was excellent as it normally is at these type of places.Service was again very good too and although i am not a golfer,i was quickly shown around by a fellow guest and this is a half decent course too.Visited Sept 2016 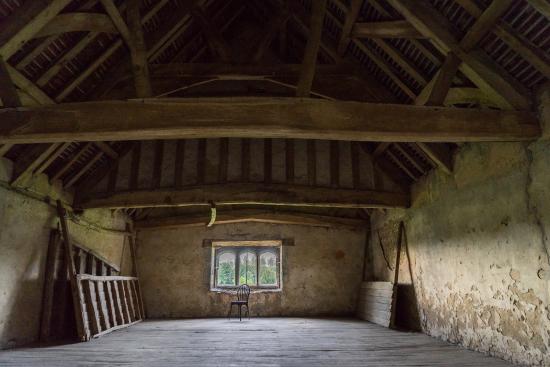 We called in here just to past the time whilst we were staying nearby. What a wise decision! We were ambling around the outside of the properties (both were locked) when my wife got chatting to someone (as she does) and he turned out to be a National trust volunteer. Mervyn transformed our visit from being a 15 minute photo stop to a couple of hours hands on history lesson.
We went inside the dovecote - very impressive indeed, although in its prime with 1500 birds nesting I'd have probably declined the offer! The architectural gems salvaged from nearby monasteries an used in its construction were fascinating.
From here we moved on to the other building. The original use of this is unknown, it was called a stables but has an ornate fireplace and architectural detail so it was probably wasn't built as that. It was interesting to walk around the upstairs and try and imagine it 450 years ago.
We also visited the parish church and saw the tombs of some of those involved in the construction or modification of the buildings. All good stuff.
Thank you so much Mervyn - you made it a memorable visit! If you visit here, look out for the NT volunteers as they really do enhance the experience.