What to do and see in Appingedam, The Netherlands: The Best Places and Tips

Appingedam (Dutch pronunciation: [ˌɑpɪŋəˈdɑm] ( listen); Gronings: n Daam) is a municipality and a city in the northeastern Netherlands. Although there is no certainty as to the exact age of Appingedam, historical research demonstrates that the place in which the city would eventually be built had been inhabited for over a millennium. Specifically, the area in which the earliest traces of human settlements have been reported is the Wierde, a quarter located in the northern part of the city centre. Today, a narrow, winding street by the same name runs along the waterfront as a living testimony to the times gone by. The characteristic landmarks of the old Wierde are still recognizable today: the historical East-West Canal, called “Diep,” dug to the south of the Wierde, diked on both sides, still defines the unique layout of the downtown Appingedam.
Restaurants in Appingedam Thinking about historic Dutch an Flemish towns with stunning views the first town that comes to mind is Bruges, the town where time stopped three centuries ago. However, there are other quiet towns, not on the radar of main stream tourism, where suddenly a stunning view of ancient buildings over a quiet canal can be had. Appingedam in the very north east corner of the province of Groningen is such a town. Appingedam has a well preserved very compact town center with a 12th century church. Walk with your back to the church along the passage with the Dutch Tourist Agency on the left hand corner. Cross the pedestrianized shopping street and approach the pedestrian bridge over the quiet canal. On this bridge you have the stunning view of the 18th century buildings with the "hanging kitchens" over the water. These buildings were initially intended as warehouses on the waterfront. When these buildings were converted for families to live in, the "hanging kitchens" were added to expand the buildings in order to have more space to live in. A pleasing photo spot. 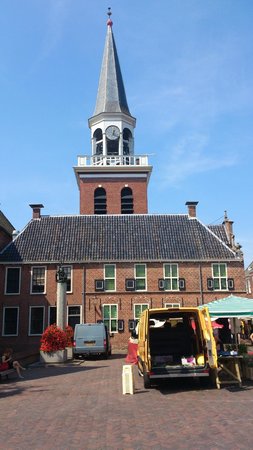 The "Nicolaikerk" (Nicolai Church) in Appingedam originates from the 12th century and is expanded during the next centuries. It is the center of the compact old town center of Appingedam. It is worth a visit; especially Interesting is the organ, commissioned in the 16th century and upgraded by A.A. Hinsz in the 18th century. We had the privilege to visit the church when a concert on this organ was in progress. To be recommended.

Iconic small & narrow city street which offers a variety of shops for the locals & tourists.

I love this "tiny" city with all of its narrow canals & streets plus Historic sites. We like walking down the old street called "Dijkstraat", where you will find numerous small shops. The outskirts of this town is developing with newer shops & apartments. Parking for your vehicle is readly available at no charge! You can also find restaurants and numerous other activities. The Hanging Kitchens over the canal (Damsterdiep) is well worth the visit!

Reviewed By touch21 - Assen, The Netherlands 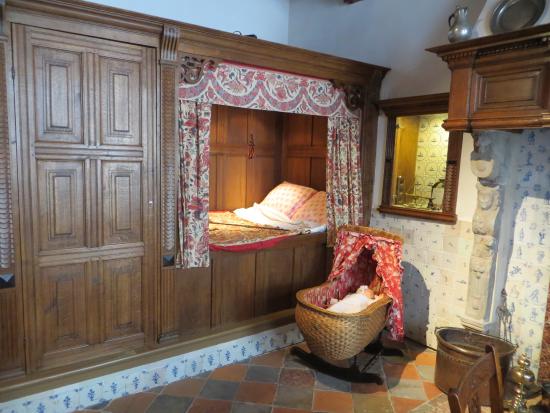 This museum tells the history of Appingedam and surroundings. There's a few style rooms, a medieval basement, and all kinds of historic items. Nothing really spectacular, but still I found the total quite appealing, probably because of the setting in an old house with two basements and about 4 attics. The movies about different aspects of the town's history are also quite interesting. Besides history, there is also a temporary exhibition. When I visited, this was about animals in art, with some quite good paintings and some sculptures too. 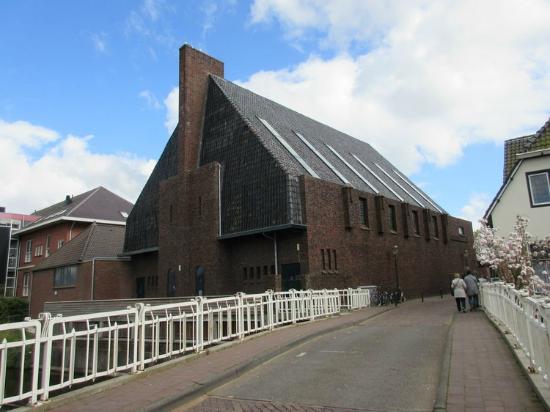 Reformed Church built in 1927, which is stituated in downtown of Appingedam,and Egbert Reitsma was the architect

We visited my old home town of Appingedam this past spring. I have walked passed this building on numerous previous visits & never realised that this was an iconic church. This is a historic site that survived numerous years of interesting / difficult times, it is located in the area of the hanging kitchens on Damsterdiep in the city center.