Vijlen (Limburgish: Viele) is a village in the South-East part of the Dutch province of Limburg. The village is constituted of a number of hamlets, among which Mamelis, Camerig, Harles and Cottessen. Including these hamlets, Vijlen has around 1,500 inhabitants (in 2005) and is part of the municipality of Vaals. Located at 200 meters above Normaal Amsterdams Peil, on top of the Vijlenerberg (Vijlener hill), it is the highest situated town in the Netherlands. The neo-gothic and Catholic St. Martinus church, which is located in the center of the village, is known as the highest located church in the country.
Things to do in Vijlen 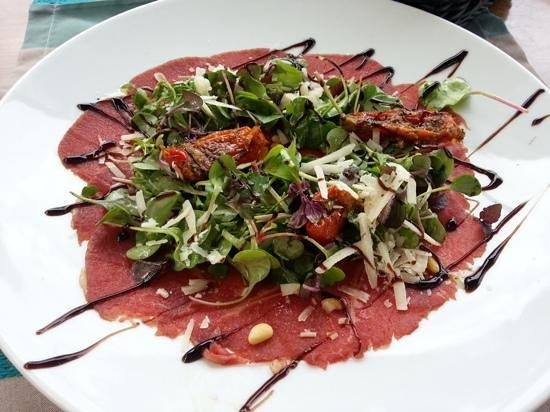 Reviewed By Erik1964 - Overloon, The Netherlands

Though not quite your intimate setting, the restaurant offers good quality and we were not hurried up by the staff. A very enjoyable place for dinner, if weather permist on their Terrace which offers a splendid view. Suggestion, in case you like white wine: take the Gerardushoeve house wine (Johanniter), it's fairly good!! 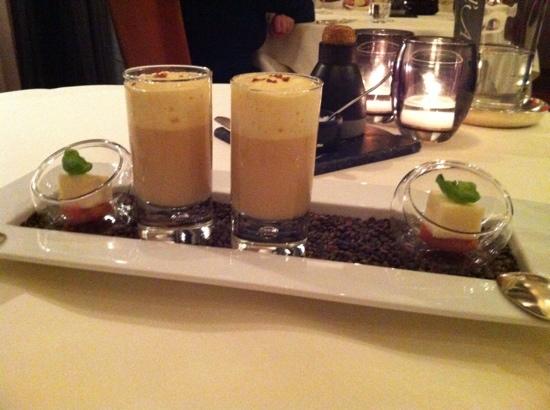 A reunion with special friends. Each course floats on air, is fun, made us smile and tantalized taste buds. The wine is perfectly matched with the cuisine, while at the same time being tailored to individual choice. The atmosphere is discreet and private while attentive and personal. An incredible team creating a memorable, local food and wine experience. I hope to have the opportunity to visit again soon. 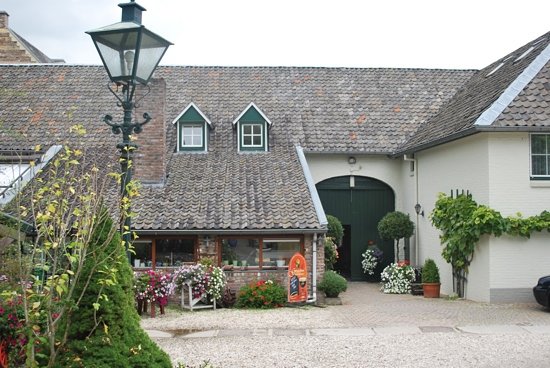 Reviewed By GuilhermeVaz - Wageningen, The Netherlands

Was here with wife and two small kids. Lunch food was typical Dutch sandwiches but still with a local touch. Super friendly staff. Nice old place that looked like a kitsch museum but with also with nice outside terraces. Kids loved it. Quality vs price is a very good place! 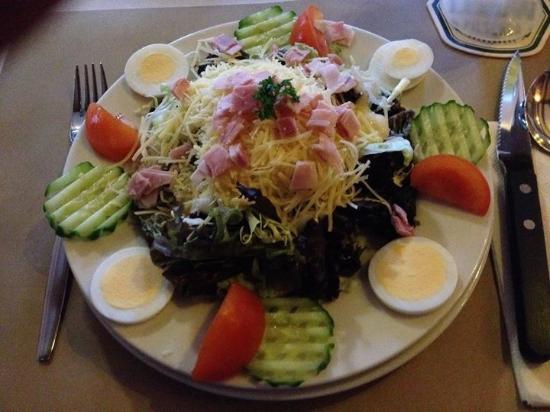 This is a restaurant to remember. The staff is very friendly and welcoming.
We wanted to eat the traditional Limburg "zuurvlees" (I have been to the province of Limburg may times and never ate zuurvlees). The translation of zuurvlees is "sour meat", but that is not what you taste. It is delicious and well prepared here. The meat is accompanied with chips (french fries) and potato croquettes and three kinds of vegetables. All more than enough and quite tasty!
The icecream for dessert was also very nice.
A place to recommend! 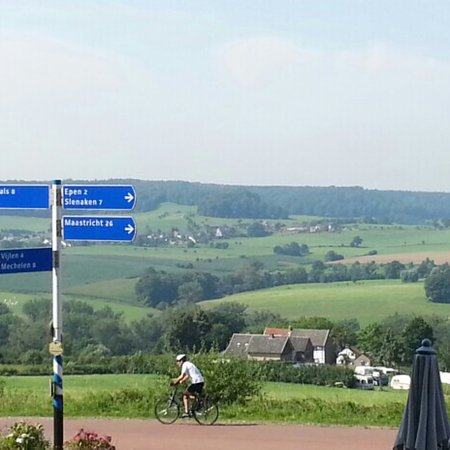 For us always a place to come back, sometimes just to drink something and enjoy the view sometimes for diner or lunch.
The food is typically "Limburgs" with an international touch. The food is great and the staff friendly. A nice place to start & end your walkings in the forrest. 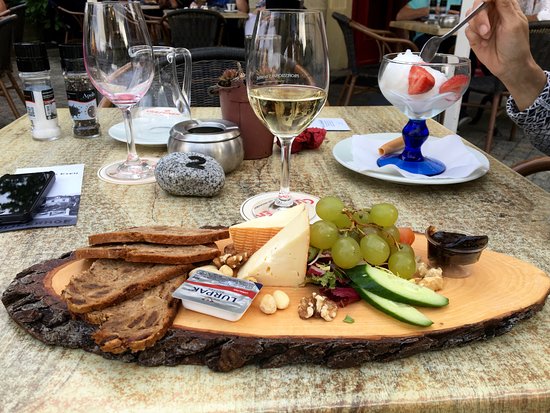 While touring in the Limburg area we had a lovely traditional Dutch meal in the Vijlerhof. The food was excellent, tasty & delicious. We got very good value for really tasty good food.The staff were on hand all the time & were friendly & efficient. This restaurant seems to be very popular & has a lot of regulars, which is not surprising. We would definitely have returned again had we had the time but had to be on our way. However, we would return again if we had the opportunity. Three of us enjoyed an absolutely delicious taster menu in this quiet, tastefully decorated restaurant. Without exception every dish was utterly delicious and delicious in a world class way. Without exception the staff were helpful, attentive without being intrusive and (thank heaven) spoke English. I would happily have eaten there the following evening and that is my usual test when it comes to real excellence. This is a world-class restuarant with a world class kitchen- and it's honestly priced. 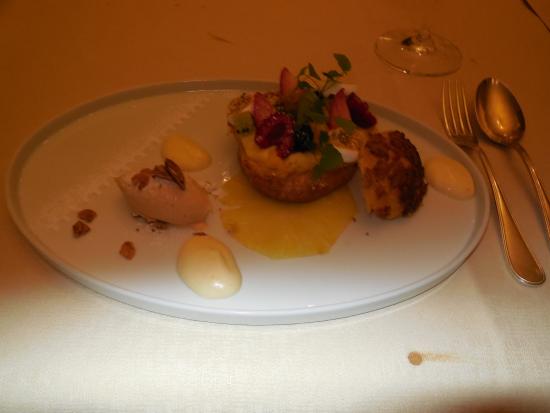 Very friendly multilingual staff, nice dining room, beautiful location but I'd recommend using GPS to get there. The kitchen offers quite traditional food, but is is well prepared and presented. I'd hope they would continue innovating, and I'll certainly return. 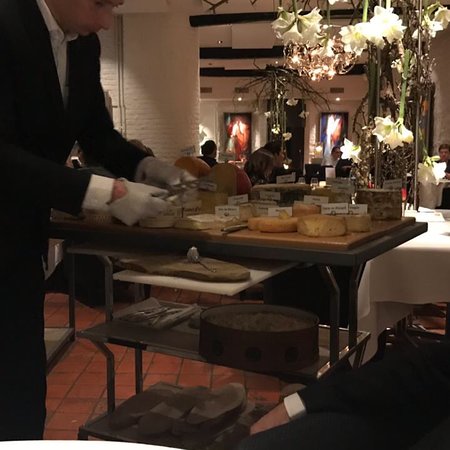 As far as the food is concerned, you just can't go wrong here... every bite you take releases a taste explosion on your taste buds. For the food itself I would have rated this review with 6 stars if I could, unfortunately "attitude" gave me a bad aftertaste.
The lady who owns the place seems to think that part of her patrons are total idiots. For this occasion we had a Groupon package that included the meal and a night in a Junior SUITE (yes the voucher explicitly mentioned SUITE). However, when we arrived at the hotel in question (Van der Valk Heerlen), this turned out to be a so called Junior Room... which is smaller than their standard rooms.
Upon arrival I told the owner that I didn't appreciate that, especially since in the e-mails leading to the reservation there always had been a reference to a JR Suite. At first she tried to convince me that in fact a Junior Room is the same as a Junior Suite, since I have some experience with the hospitality industry I let her understand that I'm not the person who can be fooled by such baloney. Then her reaction was: oh well you get spend the night in a nice room with a rain shower, that's a good week-end anyway! That attitude is insulting and terribly arrogant, I would expect more from a Michelin rated restaurant owner.
Lady, take a lesson in humility... patrons pay your bills. 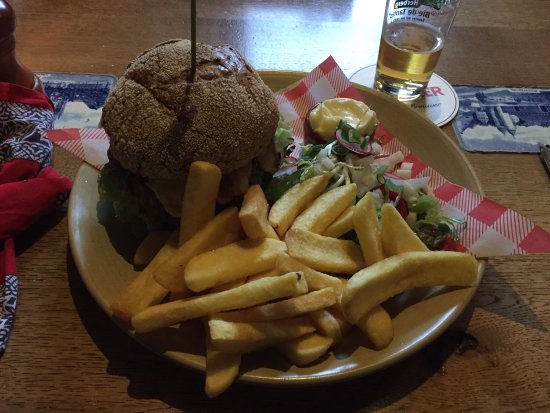 Reviewed By Catharina50 - Eindhoven, The Netherlands

This authentic tavern in the small village of Eys is a (not so hidden) gem! It's full of locals enjoying drinks, food, the fire in winter and the typical hospitality of the Limburg region. The kitchen serves all kinds of local specialties, like 'vlaai', a kind of fruit pie. In summer it has a wonderful Terrace. It's an excellent starting point for hikes in the area, ranging from 2 to 5 hours. Route descriptions are available against €0,20 fee and have been excellently described, including equally nice stops along the way for food and drinks (see: 't Pintje in Mechelen). In the weekend dinner reservation is recommended. Parking is available in the direct neighbourhood.