Famous for its native son, the astronomer Copernicus, Torun was founded by the Teutonic Knights in the 13th century. You can still see the ruins of their castle, left pretty much unchanged from when it was destroyed by disgruntled medieval townsfolk. Torun was one of the few Polish cities to escape major damage in World War II. Its beautifully preserved Old Town is a UNESCO World Heritage Site. Don’t miss the striking Old Town Hall. Torun is also famed for its gingerbread.
Things to do in Torun 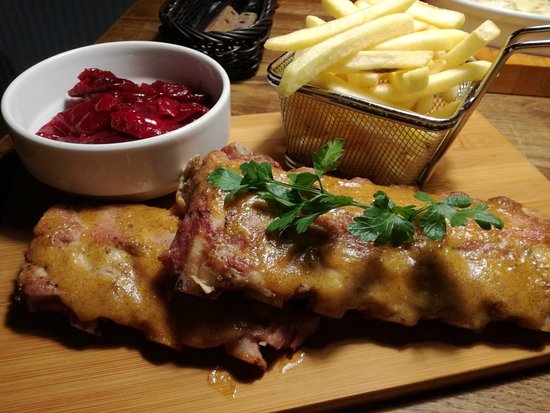 My last night in Torun and I wanted a good pizza and wine. I stepped into the covered patio to be seated and was ignored for a long, long time by several waitpersons until I approached one. I was given a seat and then ignored....MoreThank you for your opinion. We are constantly trying to improve the quality of our dishes and services. We hope that if the opportunity arises, then you will visit us again. Best Regards 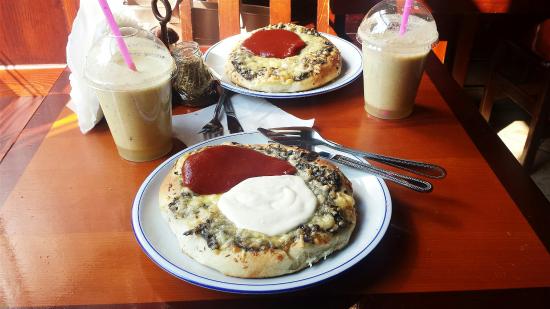 This small restaurant is really suprising. There is only one pizza served but it it deliciuos. I've never eaten such a good pizza. You can choose several sauses like kethup, mayonnaise etc. They serve a perfect "barszcz" too. Pizza is really cheap and tasty.
I really recommend. The must to be in Torun. 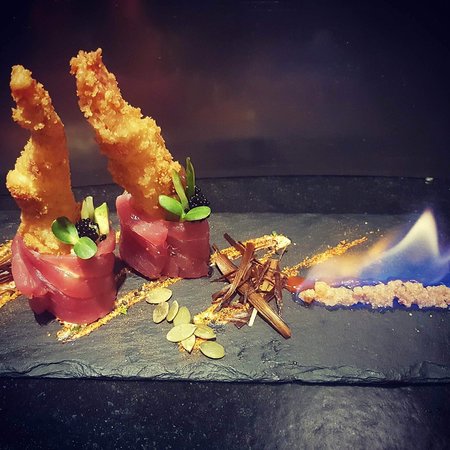 Dom Sushi is the culinary trend setter in Toruń. Voted one of the most popular restaurants in Poland by Gastronauci.pl and "The Adventures" Travellers Magazine. Discover how exquisite sushi can be & enjoy wonderful authentic Japanese haute cuisine in a warm and relaxed atmosphere. Opening hours: 12-22. Location: excellent, close to the beach location in the middle of the well known Monte Cassino Street. Let the sushi river grabs You!

I was here with my two daughters (11 and 8), both of whom love sushi. The food was delicious, and the decor/ambiance were lovely too. My girls loved the sushi "boats" traveling around. I would say was a bit confusing at first (and I do...MoreHi Dan, thank you for your comment, great to hear you liked our food, and so did your daughters. We hope to see you back soon, we especially recommend our Lunch Menu which is very popular and good value for money. 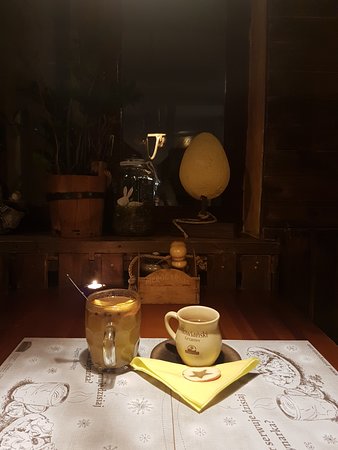 As a first generation Polish girl from the US, I've had my fair share of pierogi growing up. This is the first time I've been to a "pierogarnia" that also makes some DELICIOUS baked pierogi.
The restaurant is adorable, very thoughtfully decorated in a traditional old world style and the staff was pleasant. Great fun for tourists!
The wifi probably won't work. 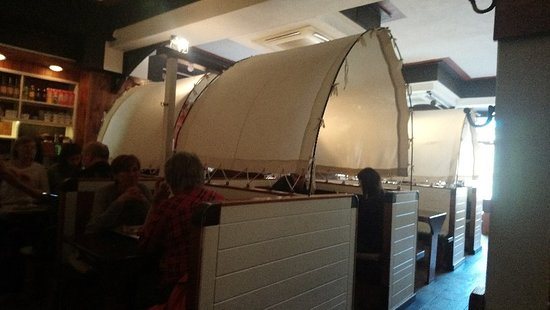 Be prepared to wait for the table and then the waiting time for food is longer then average. But we went on Sunday so the whole Old Town was packed!
The stuff was super friendly and the food was AMAZING !!!' We took salad, crepes - both savory and sweet, soup and pancakes.
Highly recommended !!!! 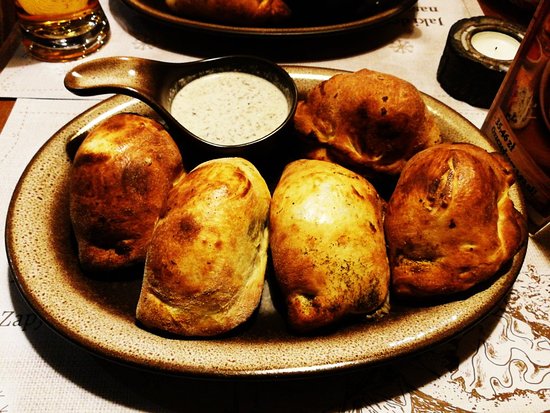 Thought the food was average.
Had a selection of vegetarian dumplings and Greek salad.
Maybe it's because we had some really good dumplings in Poznan these seemed rather average.
Ate most of the salad but spent a fair bit of time picking the really old leaves out.
Wouldn't bother going back. 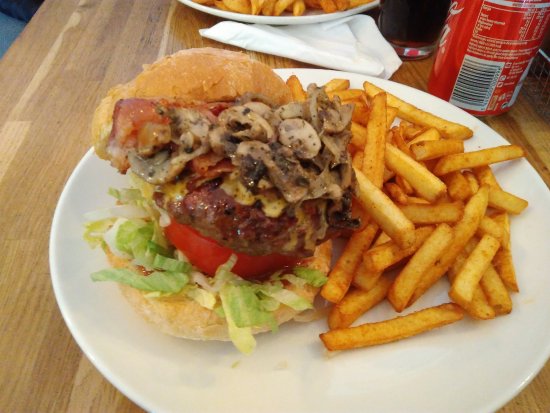 Here at Widelec Grill&Bar we use a unique style of cooking. The meat is basted in our secret sauce then cooked on our char-grill.We provide generous servings using top quality produce.Our speciality is burgers, steak and ribs (pork) but we also offer an array of vegetarian delights.For the salad lover we have our mix and match salad section where you can add chicken.Come and join us.We are great for any occasion…

Completely local place located not in a city centre as most of the tourist attractions however this place is more than more for visiting. Great grilled food served in big portions for a very low price. Atmosphere is very simple. Seems like this place is always full of hungry people. 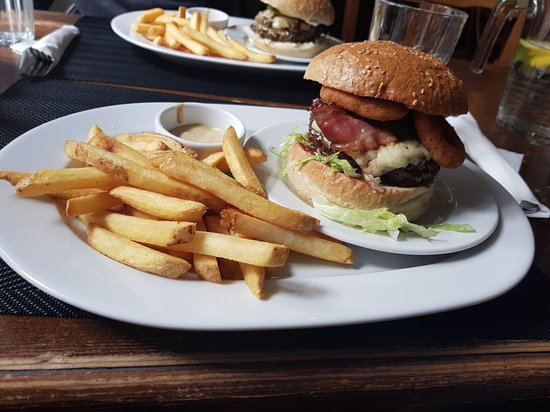 We serve Creole cuisine from New Orleans - the best city in the world.

Overall is was good Sunday late lunch, but after Reading reviews my expectations were higher
Starters were really nice: Voodoo Prawns in bacon - spicy and done just right. Breaded cheese - delicious, good calamari too
Wine by glass - OK at that price
But mains disappointed - beef cheeks partially charred when reheated and around that like shoesole (other pieces OK), sauce bland. Biggest disappointment was jambalaya, made with poor quality marinated peppers and not reassembling real one at all
Overall impression - so-so 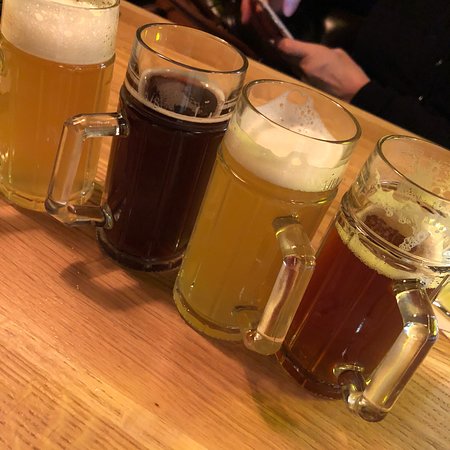 We tried to book dinner here on the recommendation of the hotel receptionist but they were full ( Sat evening) so we stopped for lunch instead. The menu looked very interesting but the food wasn't as good as we'd expected. We had goose gizzards and...MoreThank you. :) 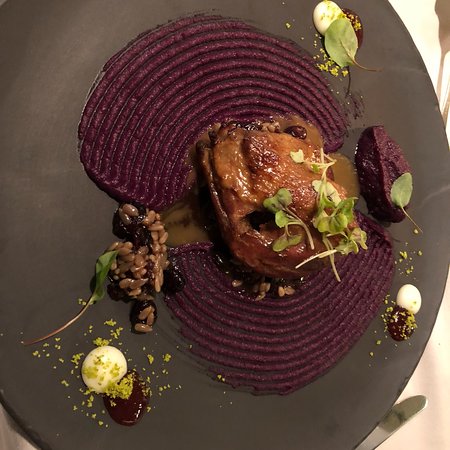 We had a superb meal here. We had the warm shrimps, I would call them prawns personally, and smoked fish starts which were both excellent. The the rabbit and saddle of lamb for mains, both excellent again. Good and reasonable wine selection as well.
Highly recommended.