Top 10 Things to do in Ried im Zillertal, Austria 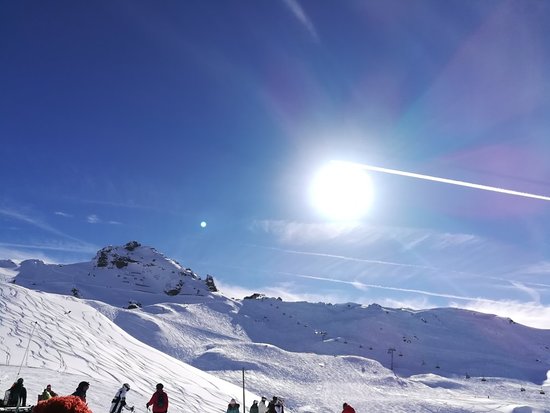 Another visit to Hochfugen and a wonderful week's skiing that provides excellent facilities for all standards. Good T bar and chair lifts with the appropriate gondolas too so moving up and down is not a problem.

Went here with my Family and we really liked it. The Ski area is very large and therefore you have a lot of options to go for.
Some nice views you have here as well and you should also visit the Königsleiten Ski area when you are here. 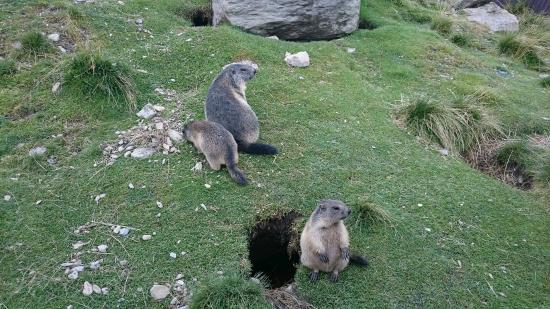 The only great thing about visiting here is the drive up. The views are breathtaking and worth to pull over and take some pictures. Beware though, the roads are narrow. When you get closer you have to pay a toll of €8 which I guess pays for the road further up. The view once you get to Murmelland is worth the drive. However, Murmelland itself was disappointing. It was very old and used looking with many parts of the playground in disrepair or broken. The whole play area looked very neglected. The restaurant was also very average in terms of food and was pricey. My advice is, just travel up there for the view but don't expect much as the kids will be disappointed. By the way, we briefly only saw one Murmel when there! 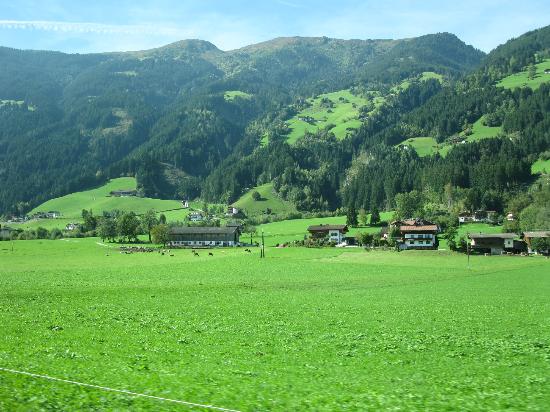 AWESOME, SCENIC, PICTURESQUE - Hope you get the idea !!! The Zillertal High Alpine road is a road in the Tuxer Alps, located in the Southern part of the Zillertal. You will be driving high above the valley floor, way above the tree line. There are five different access roads from the valley floor from the villages of: Hippach, Zell im Zillertal, Aschau im Zillertal, Kaltenbach and Ried im Zillertal.
My husband, adult son and I were staying in Mayrhofen for one week in early October to attend the annual Almabtrieb Festival. In researching things to do and see before our departure from the States, I had read about this famous road and knew we would enjoy traveling on it. The day we drove the portion of the road from Hippach to Zell im Zillertal was a perfect weather day with the brightest blue skies I have ever seen.
As you leave the valley in Hippach you travel through some small clusters of houses, some perched on the steep sides of the Mountains. There is a mixture of forest and fields to drive through. All the houses were very well tended with of course the customary flowers decorating the balconies. Beautiful !!!
The starting portion of the road we took was toll free at first but further up the mountain we encountered a small building that was a toll booth. The cost for our auto was Euro 7. I was later to reflect that this Euro 7 was a fair price to pay for about five hours for a delightful day. The road condition is generally good - single lane in many sections - with places to pull off to let on coming traffic pass. My son was driving on this day and I was a passenger sitting in the back seat on the right hand side of the car. As we were assending the mountain, in many sections where you had to pull off, the pull offs were on the "open/down hill" sides of the moutain and I had to shut my eyes as to not see where we would end up if we pulled off too far. Another asset to not being the driver that day was being able to take lots and lots of pictures.
At the peak of this portion of the drive we came upon the Hutte Melchboden which is at the elevation of 2,020 meters (6,600 feet). This is a wonderful place to stop, walk around some, have lunch and enjoy watching lots and lots of paragliders taking off. The car parking area is quite large, the restrooms were clean and the food was delicious. There are some picnic tables scattered all around the building and lots of big boulders to sit on.
We ordered our meal at the walk up window and I had the pleasure of visiting briefly with the man who was taking our order (I think he might have been the owner ??). He was very helpful in explaining to me the different types of soups that were on offer that day. I tried the dumpling soup and it was delicious. My son had goulash soup and also said it was very good. You literally feel like you are on top of the world as the views were 360 degrees.
We stayed here over an hour enjoying watching the paragliders launch from various spots on the mountain. What an incredible sport. During our stay in Mayrhofen we saw many many paragliders daily in the skies but seeing them at the start of their journey was special and educational.
The day we were at the Hutte Melchboden was one day before the annual "cow parade" in Mayrhofen which was on Saturday, October 6 this year. While we were having our lunch we heard cow bells and shortly there after, about 15 cows came up the road beside the cafe .....none of them had the eloborate head decorations on like they would have the next day, but several had eloborate collars to hold the bells on. I think that maybe these were cows just going from one pasture to another ...but not sure. And a really really nice custom to see first hand was the gentleman who had taken our lunch order shut the cafe down for about 5 minutes and brought out a shot of schnapps for the cow herder. I had read about this custom and was so pleased to be able to see it happen.
We continuted on after our wonderful break taking the road that would eventually lead us to the town of Zell im Zillertal. During our drive down the mountain we caught up with the parade of cows and as there was no passing, we slowed down to traveling at cow speed. Which was fine as I was able to take even more scenic pictures. The scenes going down the mountain were every bit as lovely as climbing up the mountain.
Towards the end of the desent we had to travel past (very closely) some road/mountain construction going on. We were able to see the process of the huge wire cables, cement and rocks that were being used to enforce the sides of the mountain. Interesting.
As we did only a small portion of this incredible road, I hope to return someday to experience more of it.
If you like mountain scenic drives, this one has to be a "10". 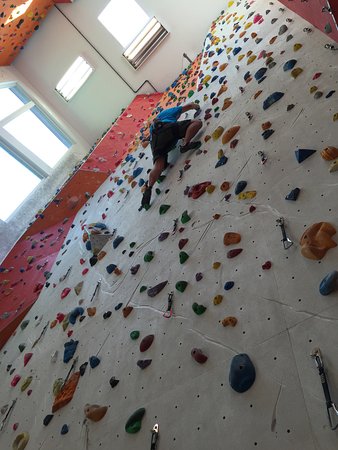 Always love coming here because of the atmosphere and the friendly staff. They watch over you and assist you in your first climbs and when you all are comfortable with the safety precautions, they step back and let you do your thing. Interesting route all over the place offering a good time and a challenge to climbers of all levels.
Nice little Boulder section as well. And self secure systems to allow you to climb alone or without any knowledge of securing each other.
Good equipment to be rented at a reasonable price. 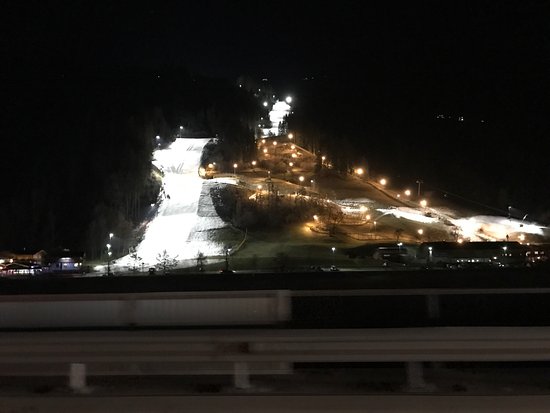 We really loved this place. Very nice views, very good Almhütten, a lot to see, very nice landscape. We also enjoyed the coaster and a bagjump. Will be back! 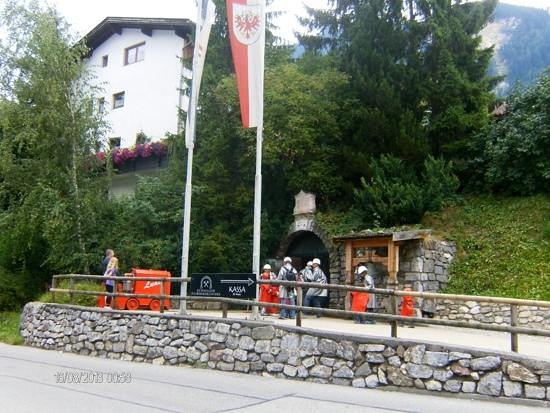 We had visited the Silver mine before but decided to revisit. This visit was far more enjoyable for the following reasons:
The groups were sorted into English speaking or German. This made the commentary so much easier to follow rather than using the translation phones (which are not always easy to get to).
Secondly, the number of people on each carriage on the train had been reduced making it a lot more comfortable to travel on.
The actual trip was very interesting , when visiting take note of the conditions the guys worked in, It is an eye opener. 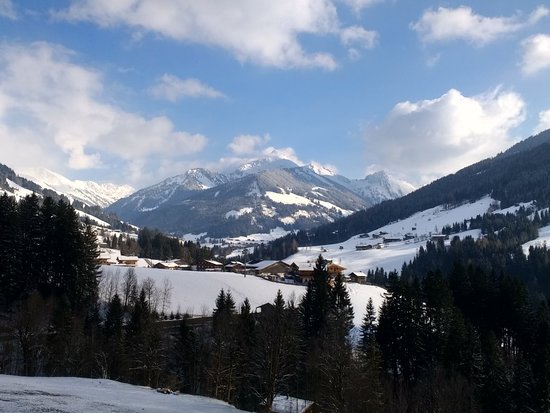 The Ski Juwel Alpbachtal Wildschonau with its 4 Mountains and 2 Valleys is one of the most family friendly ski resorts in the Tyrol. 109 prime prepared slopes, 45 modern ski lifts and 25 huts await Winter sports lovers of all age groups. The „Alpbachtaler Lauser-Sauser“ Alpine-coaster offers fun for the whole family Summer and Winter.In Winter families can put their Winter sports skills to test on the Funslope Alpbachtal and the Eva-Maria Brem – race course. Other Winter fun activities to enjoy are hikes along romantic Winter walking paths thrilling toboggan rides down exciting runs and exclusive co-pilot rides aboard piste bashers. The excellent accessibility and idyllic setting with low-key apres-ski scene, are qualities often favoured by families, make for a perfect holiday in the Ski Juwel Alpbachtal Wildschonau.

Pretty extensive resort - well maintained. Nice nursery slopes but not great for progression to the more difficult runs so would suit absolute beginners or confident intermediates. Some of the lifts can get pretty busy, notably the Hornalm lift - also our favourite ski area. Slopes were pretty icy when we visited - consider riding the gondola from the mid station to the bottom. 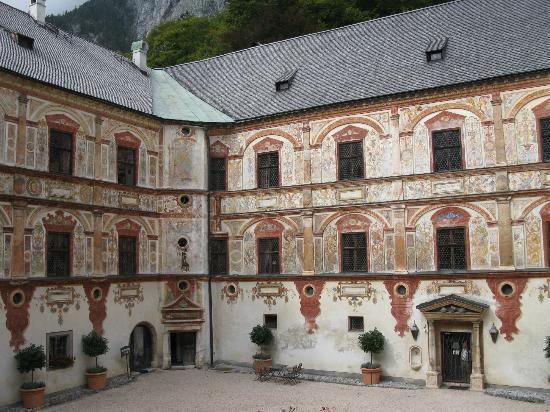 This is ideal for wet and dry weather and for any visitors. The rooms are incredibly important in terms of early 16th century furniture, panelling, paintings, objects, decor and decorative items. There is also an armory. Excellent commentary via English audio guide. Really good value for money as well. There are walks in the grounds as well and a restaurant which was well patronised.
Free car parking and a "train" to transport those less able to walk from the car park to the Schloss. 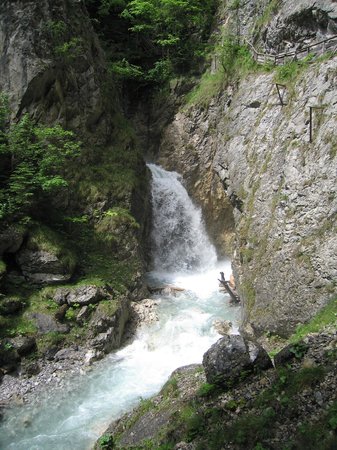 Reviewed By yogarobin - Delft, The Netherlands

The gorge has many waterfall and is a pleasant relief from the heat of summer. There are steps, but that does not mean that it is an easy walk. I wore sandals and regretted my decision because there is some rocky and slippery terrain inside and many places in the trail are quite wet. Parking is 4 euros for a day ticket (payable at the machine in the lot) and entry is 4.50 per adult. It is about 45 minutes in each direction with time for admiring and/or photographing the falls. We went in late afternoon after most of the crowds had left (no one was in the ticket booth after 16.00) and had many areas all to ourselves. I could imagine that earlier in the day the crowds might make the trip take a bit longer.