Top 10 Things to do in Pueblo, United States

Pueblo /ˈpwɛbloʊ/ is a home rule municipality that is the county seat and the most populous city of Pueblo County, Colorado, United States. The population was 106,595 in 2010 census, making it the 267th most populous city in the United States and the 9th largest in Colorado. Pueblo is the heart of the Pueblo Metropolitan Statistical Area totaling over 160,000 people and an important part of the Front Range Urban Corridor. As of 2014, Pueblo is the primary city of the Pueblo–Cañon City combined statistical area (CSA) totaling approximately 208,000 people, making it the 134th largest in the nation.
Restaurants in Pueblo 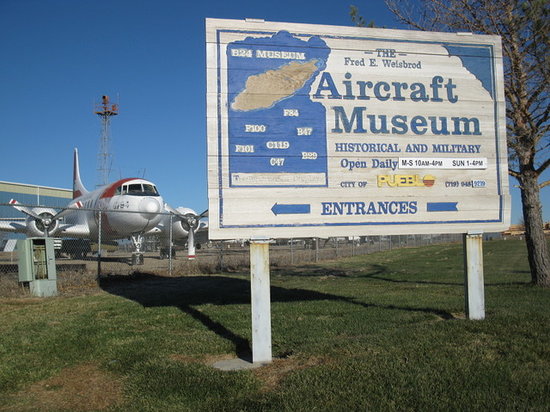 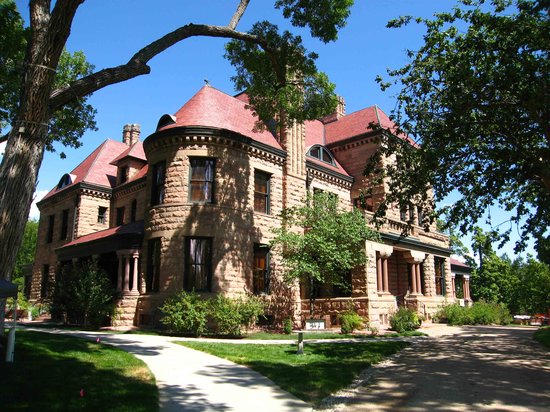 What makes this place AMAZING is that all of the mansion's curtains, furniture, clothes, etc. are still in place! The man who donated the home... notice I didn't say house.... grew up in the home from age seven. He never married. Many family items remained in place and one almost feels like a voyeur! You can tell that this place was a beautiful home and it remains a beautiful place to tour. The woods are warm and skillfully carved. The appointments reflect the luxury of the home without being pretentious. It is just a lovely place. If you don't choose to tour this museum, you really are missing out. 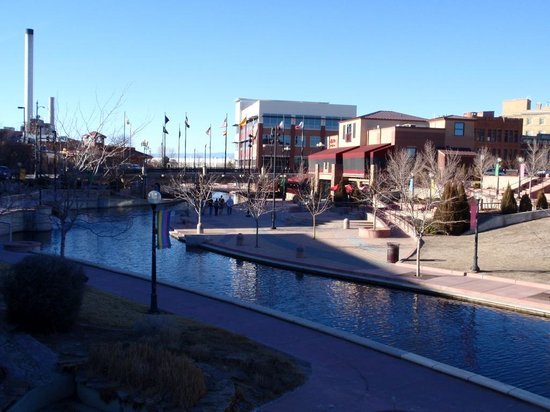 Nice place for a walk when the weather is good. We walked from our hotel and had dinner at one of the restaurants along the river walk. We enjoyed our short stroll and could see this being a popular place once the weather warms up a bit more. 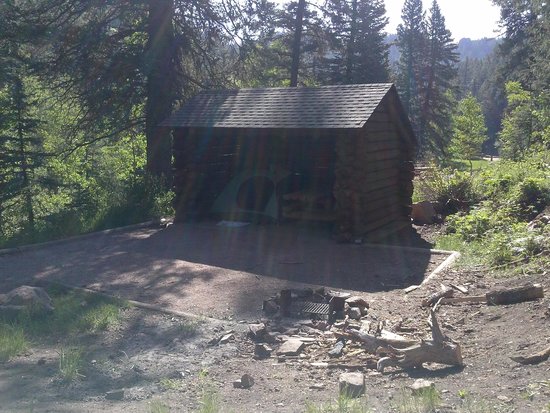 I have been here a hundred times over the years, but it is always breath-taking when I return. The cool breezes, the fresh scent of pine, the noise the wind makes as it threads through the trees, the reflection of the sky on the lake, trails blending into the new growth or old leaves and needles.

The Pueblo Zoo is a long-time attraction in Pueblo that continues to grow and change for the better each year. Located in Pueblo's City Park it is the focal point of many yearly programs, upcoming soon is ElectriCritters the fabulous lighted holiday display drawing thousands to the zoo at night from late November through the end of the year. The Programs for "kids" of all ages year around is amazing. You've got to come see it this year. 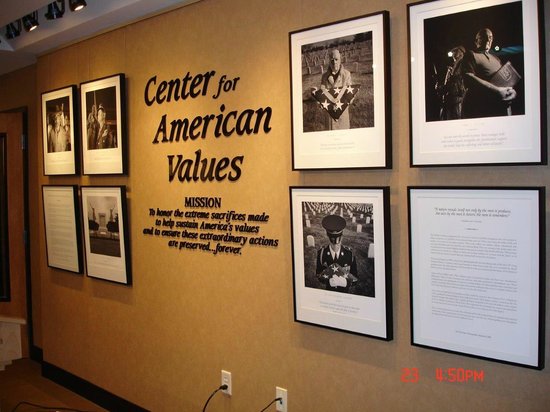 Come for a serene visit, walk hallowed ground, and leave inspired. We invite you to visit the Center for American Values, located on the Historic Pueblo Riverwalk in Pueblo, Colorado. Pueblo is the “Home of Heroes” and proud host of the 2017 Medal of Honor Convention. The Center is open daily from 10:00am to 4:00pm and is free. The Center is a nonprofit, non-partisan organization formed in 2010 for charitable and educational purposes. The Center’s visionary and Co-founder is Pueblo native, and Medal of Honor recipient Drew Dix. Along with its education focus, the Center hosts the “Portraits of Valor” gallery, an extraordinary collection of more than 150 portraits of our countries living Medal of Honor Recipients. The exhibit is one of two permanent displays in the country; the other is displayed in the Pentagon. The exhibit is a powerful example of the self-sacrifice of ordinary individuals who have served in harm’s way to protect the freedoms we all enjoy. Some guests choose to sit and reflect at the immense power of the portraits while others enjoy reading the inspiring quotes that accompany each portrait. The Center also includes a World Trade Center (WTC) Steel Memorial located at the Center’s entrance. In 2012 members of the New York City Fire Department visited the Center to dedicate the WTC Steel Memorial. Visitors are reminded of how vital the Center’s core values of honor, integrity and patriotism are to the freedoms we enjoy and to the future of our great country.

We were recently walking along the Pueblo Riverwalk and decided to visit the Center for American Values as two of our group had military backgrounds. My first impression when we walked in was "this is awesome!". We were met by a docent who explained the...MoreThank you for visiting the Center. We are "Very Moved" to receive feedback like you have written here. It is always wonderful to hear that people are impacted by what we do. 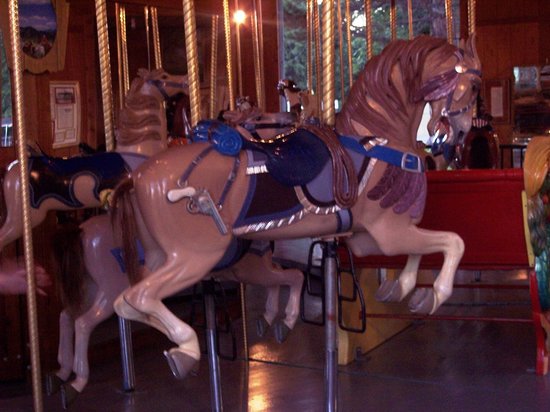 This is a great park ... plenty of trees for a hammock, a bike path, and a connection to the Pueblo trail system. A great location, with plenty of restrooms, picnic spots, frisbee golf, fishing pond, etc. 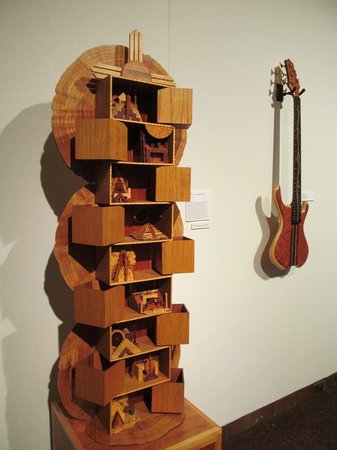 We went here to see the Children's Museum and the Western Art Exhibit. The paintings and etchings were really incredible. The third floor was closed so we didn't get a chance to see all that there was. The buildings are beautiful and the people working there very kind and helpful. They have live entertainment here, but we haven't gone to see any of the shows. The Children's Museum is for younger children, maybe toddlers. Our 4 year old grandson would be too old I think. They offer classes in various things, like photography. There are elevators so the stairs can be avoided if that is a problem. 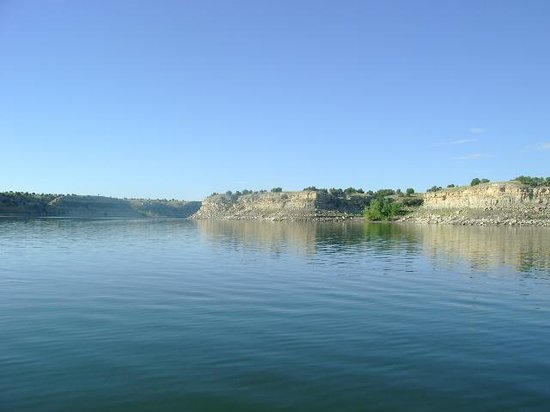 Be sure to check the website before you go. We go there only to learn the swim beach was closed and had been for months. Good news - there is plenty of water and other places in the park to swim. Do not go home! Drive around a bit or ask an employee and you will find somewhere to get wet.

Parking on the "beach" is permitted. We parked at the water's edge and walked right into the water. Take shade and sunblock. There is a nice breeze that continues when near the lake. Limited bathrooms (since we were not at the swim beach) so consider taking bags and wipes. Kayaking, paddle boarding, etc. is permitted from any location we found. 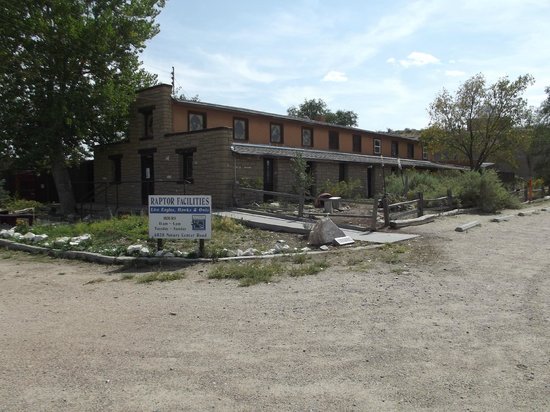 The Nature & Wildlife Discovery Center is a member-supported, non-profit organization. Our beautiful setting along the Arkansas River features a variety of facilities and picnic areas, where we also offer educational nature programs for all ages. Bike, walk, or blade along our paved riverside trails, cast your line on the scenic fishing deck, or visit our resident birds of prey at the Raptor Center (open from 11 AM to 4 PM, Tuesday through Sunday). For an up-close raptor encounter, come to one of our free bird of prey presentations at 11:30 AM every Saturday and Sunday!

We toured the Raptor Center as a group today. It is a rather modest compound caring for injured birds. While their mission is to bring the birds back to health and then release them into the wild, there are some too badly injured to release....MoreThank you for your review, Mike! We appreciate when our visitors understand how seriously we take the care of our resident raptors and our raptors in rehabilitation. We hope you'll be back to visit us and the birds again soon!