Top 10 Things to do in Paldiski, Estonia

Paldiski is a town and Baltic Sea port situated on the Pakri peninsula of north-western Estonia. Since 2017, it's the administrative centre of Lääne-Harju Parish of Harju County. Originally a Swedish settlement known as Rågervik, it became a Russian naval base in the 18th century. The Russians renamed it Балтийский Порт ("Baltiyskiy Port", i.e. Baltic Port, German: Baltisch-Port) in 1762. In Estonian the name was spelled Baltiski until 1933 when the Estonian pronunciation Paldiski became the official name.
Restaurants in Paldiski 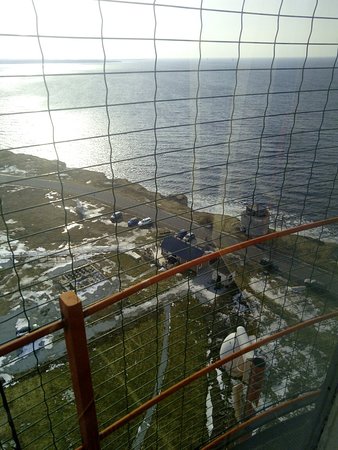 It was quite a climb, but all worth it. The view was amazing! The history of the oldest lighthouse in Estonia was also nice addition to the experience! 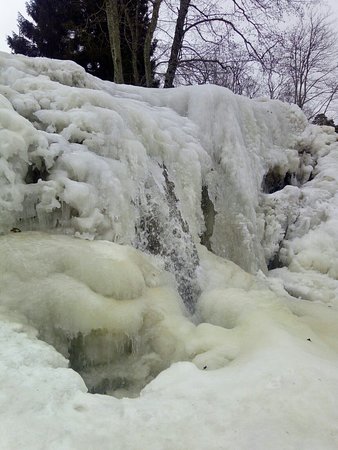 Keila Waterfall is located on the Keila River, Keila-Joa small town, Keila Rural Municipality, Harju County. The waterfall is 6 metres in height and tens of metres in width, being thus the third most powerful waterfall in Estonia following only Narva Waterfall and Jagala Waterfall. There is a path taking you from the park along the riverbed and over two suspension Bridges to the waterfall.Interesting to know: - There is a tradition among local people to come to the waterfall on their wedding day, fasten a padlock bringing fortune on the chain bridge and after fastening throw the key into the fast-flowing river.

On our way from Tallinn to Haapsalu, we decided to take scenic route along sea side, so we can see Turisalu Pank(Cliff) and this beautiful little waterfall in Keila-Joe. It's not as big than Valaste Waterfall in Eastern Estonia, but worth of visit if you are going for example nearby Padise Manor or Niitvälja Golf Course. Wear comfy shoes, because rocks can be slippery. 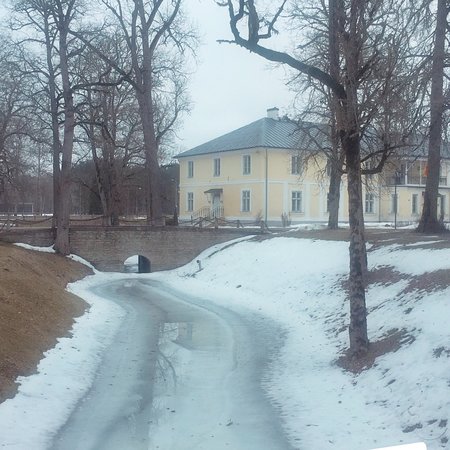 On our way from Tallinn to Haapsalu, we decided to take scenic route, so that we could see Türisalu Pank(Cliff) and Keila-Joe Park with it's Waterfall and we ended up in Padise. Right next to this Abbey/Monastery that is in ruins is amazing Padise Manor, where we stayed the night. Construction of this Abbey started 1317 and unfortunately now it's in ruins. Still interesting place to visit and there still is some parts that are in decent shape.
So take a room/lunch/coffee in Padise Manor stone throw away and have a little walk here too. 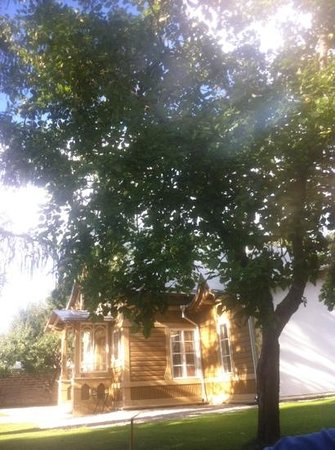 This museum is situated in the summer studio of sculptor Amandus Adamson (12.11.1855-26.06.1929) in Paldiski, where he lived and worked while in Estonia. It showcases Adamson's life and work, exhibiting his furniture, photos and documents of, from and about his family. Much of his work, which now belongs to the collection of the Estonian Art Museum, is presented as virtual 3D items.Did you know...?*You can book a 2-hour excursion of Paldiski through the museum*Buying a joint ticket, you can visit both this museum and the Harju County Museum

First background: Amandus Adamson was one of the first professional sculptors in Estonia and he created the foundation for Estonian art history both as an artist and as a educator. He was a respected sculptor when the tsars were in power in Russia and later honoured also in Estonia.
The most famous work of Adamson is the Russalka memorial on the sinking of Russalka, located at the edge of Kadriorg Park on the Gulf of Finland. It is the first monument made by Estonian artist and it is considered to be one of Tallinn's most beautiful monuments.
According to his daughter, the most beloved work for her father was the memorial to the fallen soldiers of Estonia in Pärnu.The artist used his wife and children as models for grieving relatives and he wanted to be buried near it too.
At the summer studio I liked the maritime paintings most. The house itself is small but skillfully done of wood and every small room has a window. There you can get acquainted with different documents and read the recollections of Corinna, his eldest daughter, about his father. There are also photo albums and you can view the sculptures and monuments in 3D form from a computer. 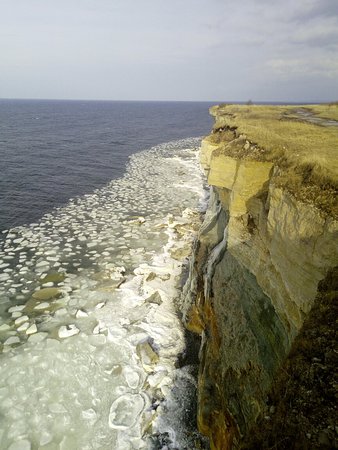 Good to visit beacause the coast and view is very beautiful. Especially in sunny day's. Nice to drive along this coast and see surroundings. 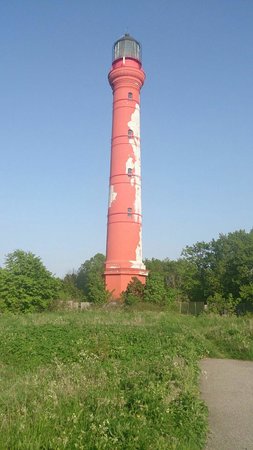 This Promenade, which winds its way along the banks of the Keila River, is a favourite spot among walkers. On one side it is bordered by the Vigala River, and on the other by the Maarja-Magdaleena church park.

it was nice place, especially when weather is good, with lovely little coffee shop and very friendly lady who can tell you about this place and history

Built: 15th–18th centuriesThe high bell tower of this well-maintained church on the coast serves as a lighthouse for the Gulf of Pakri. Above the pulpit (1784) a carved sun disc that has often been mistaken for the helm of a ship. Altar triptych from 1631. 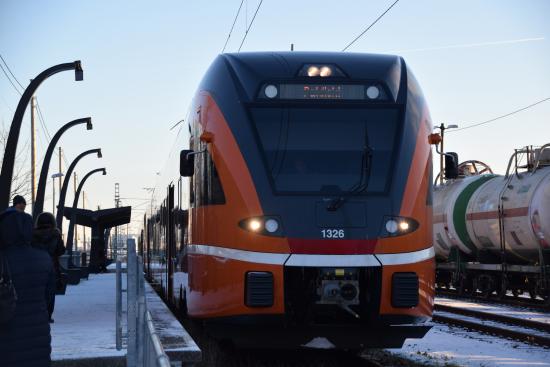 The main building of Paldiski railway station, in crown historicist style, was constructed in 1870 to standard 3rd class Baltic railway designs. Although certain of the original decorative elements adorning its overhangs and roof were lost in the 20th century, it remains the best preserved station building of its kind in Estonia in terms of its initial design.Did you know...?*By the building is a memorial to the app. three thousand islanders from Saaremaa and Hiiumaa who were deported to Siberia by the Soviet regime in 1941 and 1949*The building houses the Vana Vedur cafe

Paldiski was known for its Naval Base during Soviet era and still big part of city looks like a Soviet city from 70's/80's. This really isn't a station, because there is nothing available, although nice location next to sea side. But of course it's a good thing for locals that modern Estonian trains stop here. This is the end of Tallinn-Paldiski route, that takes little over an hour, because it stops in every little village. 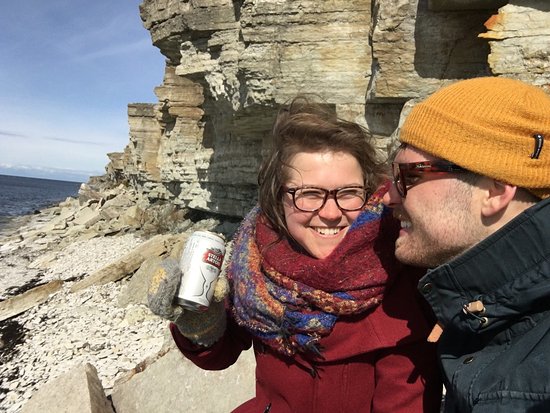 Reviewed By Dominik B

If you have an extra day in Tallin then this is a must. It takes an hour from the city center by the train. You get to see an industrial harbour and then beautifuls cliffs. It takes about 30 minutes to walk there from the train station. Just head north. Walk on the cobble stone beach and then on the top of the cliffs. There is a light house on the end of the path with wonderful view for 3€. It's doable in sneakers (definately no heels). 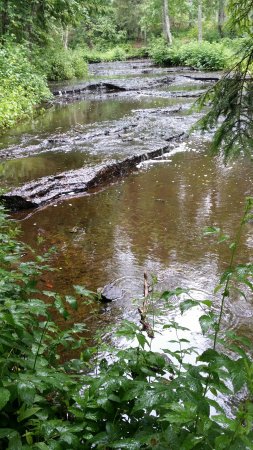 Treppoja Cascade is located by Tallinn-Paldiski Road in Keila Rural Municipality, Harju County. The cascade is situated at a place where the catchment area of Treppoja, that is approx. 10 km in length and 20 km2 large, begins from Illurma klint cape and then slides down through the slope of the limestone plateau into the Lahepere klint bay. There are six 0.3–1.5 m high escarpments (the overall height difference is approx. 5.5 m) within one hundred meters on this 2–15 m wide territory. The cascade has not been able to form a canyon because of the lack of water and its young age. Visiting it in summer or winter does not make a big difference because it will never be too late to go there.

Found the place, but where is it??
Parked the car, found no signs. Try to find the Waterfalls. Walked around in the forest, only to find PROHIBIT signs all over the place!
If there really is something to see, why isn't there signs showing the way?