Top 10 Things to do in Namwon, South Korea

Namwon (Korean pronunciation: [nam.wʌn]; Namwon-si) is a city in North Jeolla Province, South Korea. Namwon is about 50 minutes from the provincial capital of Jeonju, which is almost three hours away from Seoul. The official city flower is Royal Azalea (철쭉) while the city tree is the crape-myrtle (배롱나무) and the city bird is the swallow (제비). Namwon is a small city located just outside Jirisan National Park, which has the largest set of mountains on the South Korean Mainland. It also borders the Seomjin River, one of South Korea's more prominent rivers. It is 3 hours and 15 minutes from the Seoul Central City Bus Terminal (via direct bus) and about one hour from both the U-Square Bus Terminal in Gwangju and the Jeonju Inter City Bus Terminal (depending on traffic). It is called "the City of Love" because of the famous Korean love story of Chunhyang. Gwanghallu Garden is a shrine to this love story.
Restaurants in Namwon 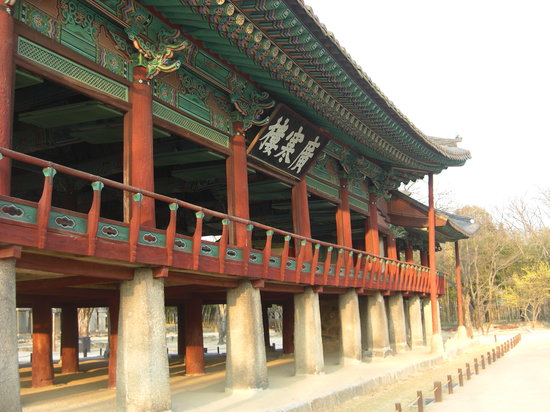 Gwanghallu is a short walk from the bus station and is a pleasant park with a pavillion bridge, and pond. There are several good restaurant to eat in around the park. The park is famous because of the Chunhyang who was a woman in the Joseon dynasty who refused the advances of a local magistrate. You can dress up in hanbok at several locations around the park. 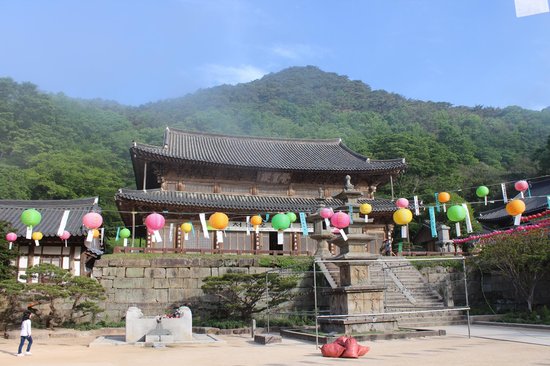 I visited the Hwaeomsa temple over the Buddha's birthday holiday and was wowed by the location. In late spring, the Mountains are lush and bright green with foliage, and the temple itself is beautiful. It's a long way from Seoul, anywhere from 4-6 hours by bus depending on traffic, but well worth it. The Jirisan mountain area is stunning and the air quality much better than the big city.
If you're brave you can opt for the temple stay option, experiencing the ascetic lifestyle of Buddhist monks. As temples go, this one is actually rather well-appointed, with electricity and hot showers. You will need to get comfortable with sleeping on the floor and eating three meals a day of vegetarian bibimbap, though. Waking up at 3AM to watch the Buddhist monks pray is a disorienting but unique experience.
Otherwise, just go for the view and the relaxing hiking opportunities in the area. You won't be disappointed. 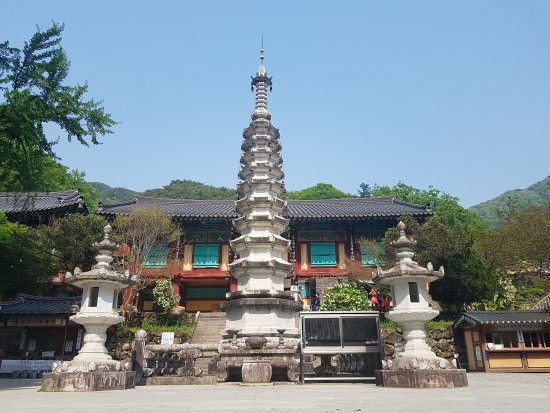 The temple is very serene and peaceful. When I went, there were hardly any people, mostly just the monks climbing the hill to meditate. The surrounding area grows a lot of tea and has a lot of history surrounding it. http://oldmountain.yolasite.com/tea-travels/ssanggyesa-temple-and-the-first-korean-tea-plantations 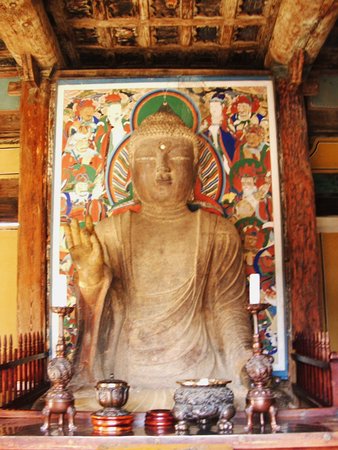 I visited the temple at the same time I visited Namwon. If you set off early in the day Silsangsa and Namwon can be easily visited in a day trip from Jeonju or other cities. Although the temple is rather small, it has a lot of national treasures and there is good hiking from the temple. There are several minbaks in the village if you want to stay the night.

The Namwon Chunhyang Festival is a four-day celebration of love that dates back to the 1930s. Each May, over a million people flock to Namwon to enjoy Performances and events centred on the 18th century Tale of Chunhyang, Korea's best known love story. Love is in the air as festivalgoers travel back in time with traditional pansori music Performances, the love lamp parade and a special feast, while lovers are able to revel in a variety of romantic activities. Another temple in the foothills of Chiri-san. Not as spectacular as nearby Hwaonsa and therefore not as crowded. The setting with the bridge over a pond is very nice, where it is said otters are living. Therefore, the temple has some interesting carvings of otters in the woodwork, too. Also some shamanistic shrines. If you are of the 'have seen one temple, have seen them all' crowd, then it's best to by-pass the temple up the road to the Nogodan rest stop, otherwise, it is well worth a stop. 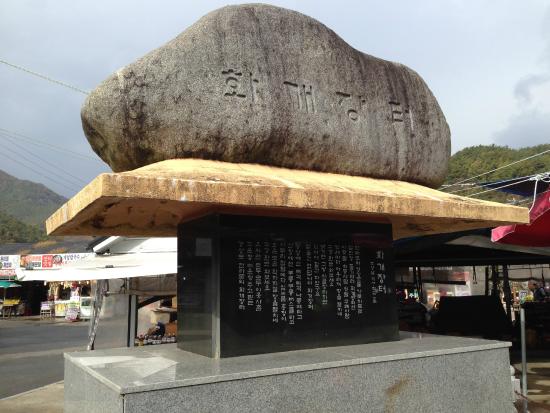 It's not frequented by international tourists, but it's definitely worthy of attention. I came to know about it when I was google-ing for the Hwagae Cherry Blosssoms Road. And since it's stated that it's a walking distance from the said road, I included it in my itinerary.
Hwagae Market is actually where you get off from the bus (last bus stop). It's a simple and very clean street market and there are already abundance of cherry blossoms in the market. Everything's pretty much being sold in here.. clams, spices & roots, dried persimmons (I bet fresh persimmons are being sold during its season), pots, art works.. and yes, being in Hadong County - one of Korea's green tea county, it's where I bought one of my best buys - green tea leaves! Food is no problem as well as numerous restaurants abound in the area.
Since it's pretty far from Seoul/Busan, you may want to spend at least 2-3 days here if you have the luxury of time since there's much to discover in Hadong than just Hwagae Market. it's 7.5-8 hrs bus ride from Seoul; 3.5-4 hrs from Busan. Check out visit korea's website also: http://english.visitkorea.or.kr/enu/SI/SI_EN_3_4_12_15_3.jsp
I came from Haeundae and this was my route: Haeundae Stn --> Sasang Stn. Exit 3 --> exit and walk towards Mcdonalds, the Station is beside McDonalds. It took us almost 4 hours to reach the market from Seobu Bus Station and the ticket costs W13300.
I only spent an hour to roam around as I had to catch the bus back to Busan. Since you will be in a province, expect that not many can speak English, and that includes the ahjuma who is selling the ticket at the counter. The bus schedules are written in Hangul as well with no translation. You just gotta make her understand of your destination. 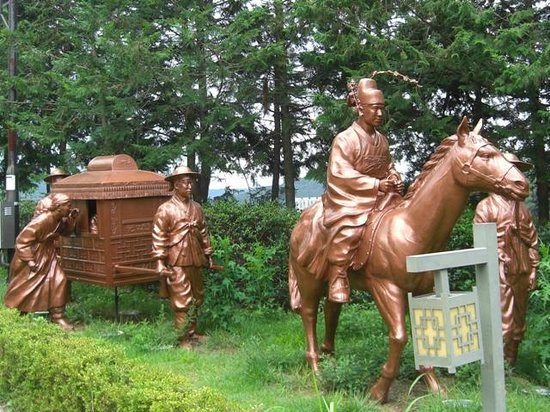 This place was used as a movie set and tried to be authentic. It was very interesting to people like us with no knowledge of the culture or the history of Namwon. The city is twinned with Verona because of the story of true love as set out in the theme park. The Tale of Chunhyangjeon is a folk tale and love story.
With a Folk museum with interactive displays the first place to tour, you gain a historical perspective. Next is the pottery area with a Museum, many working kilns, pottery work shed and an interactive water feature especially for children. The story of the abduction of local potters back to Japan by Japanese soldiers to start the craftsmanship of now famous Satsume pottery was an eye opener to us. Many reconstructed houses for that era 1500's are for viewing and includes a rural school and a public servant's office. A big temple complex also in the theme park and the person where the young women was incarcerated and forced to wear the most abominable neck piece of a huge slab of wood. At the top of the hill is a Science Observatory but closed when we were there. 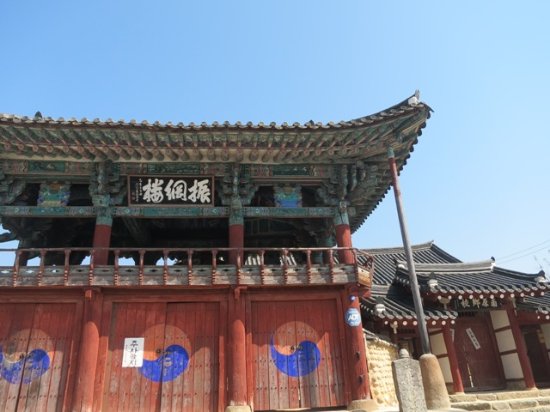 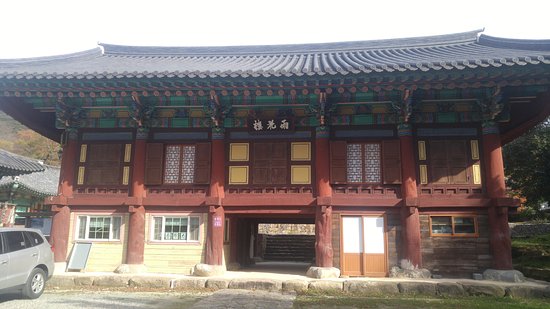 CY ( 2016.11.23 )
This temple was located beside Ullimsanbang, and not bigger than I think. When we visited, there was under construction main building, so we didn't feel quiet atmosphere we want. Overall, this temple was normal to us, but the road from entrance to temple was short but very beautiful with autumn color.