Top 10 Things to do in Murcia, Spain

Murcia (/ˈmʊərsiə/ or /ˈmɜːrʃə/, Spanish: [ˈmurθja]) is a city in south-eastern Spain, the capital and most populous city of the Autonomous Community of the Region of Murcia, and the seventh largest city in the country, with a population of 442,573 inhabitants in 2009 (about one third of the total population of the Region). The population of the metropolitan area was 689,591 in 2010. It is located on the Segura River, in the Southeast of the Iberian Peninsula, noted by a climate with hot summers, mild winters, and relatively low precipitation.
Restaurants in Murcia 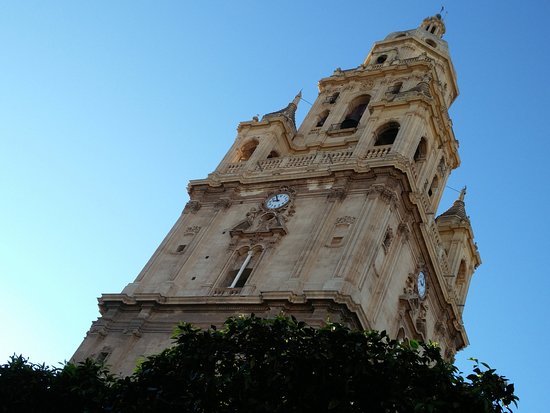 Another beautiful Cathedral in a nice city. Truly breathtaking architecture. Make sure you at least drop by or drop in. 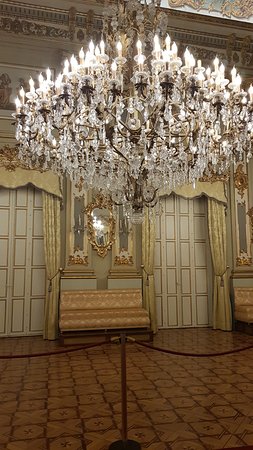 We had passed this rather unassuming fronted building on a previous visit to Murcia without going in. It is a private members club whose first floor is open to the general public.
The audio guide is a must, giving a lot of helpful information about the history & development of the various rooms.
5 euros/person, 3 euros for pensioners. 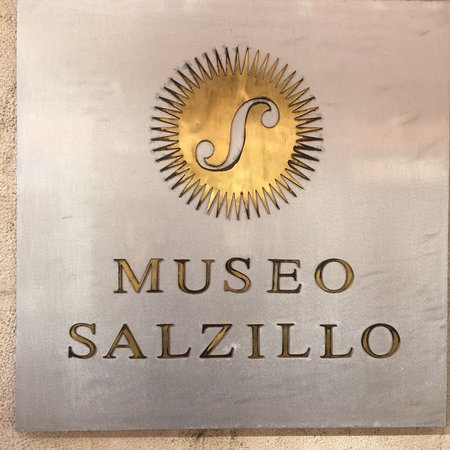 I am biased but I really love this place. We saw the Easter parades one year and it puts this museum into perspective. Good catholic gore on display! The works are exquisite. The nativity scene is amazing, take your time as the display cases don't flow with the story. There was a Neopolitan nativity on display as well - again this was absolutely fantastic. The Easter displays are in display in the chapel, unbelievable they are in such pristine condition given their age and usage. You can't take photos and unfortunately I didn't see any picture book to buy as a momento. 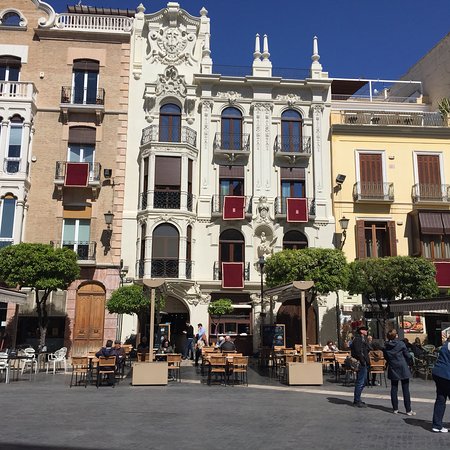 A nice array of cafés in front of the beautiful Cathedral good place to eat but there are better in Murcia and cheaper if you walk just 5 mins away from the tourist area, not a place to worry about wandering off, very safe and friendly people. 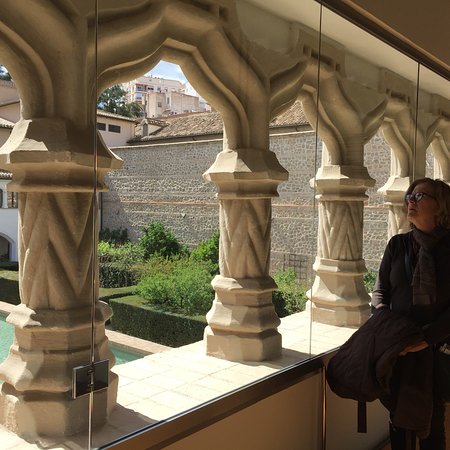 We stumbled across the Monastery of Santa Clara. We didn't have any expectations and were amazed at the amount of relics and antiquities the order have preserved there.
Charting the history of the site and the changes from Islamic to Christian doctrines In Murcia, the visitors centre has much to see. The highlight for me is the remains of the original arches and the preserved ancient Arabic inscriptions detailing the crucifixion.
The courtyard and pristine Gardens inside are beautiful. I highly recommend it. 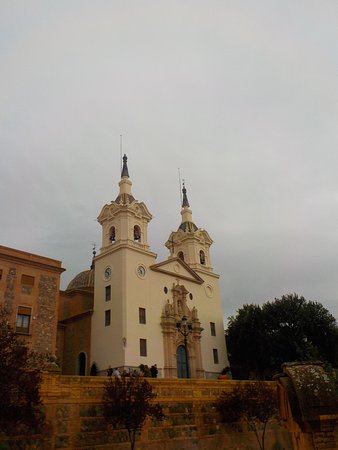 As with most places of interest in Spain, this isn't very well signposted! It is worth the drive up there. The chapel is beautiful. Put a euro in the coin slot to light the altar.
Then sit on the cafe Terrace to enjoy a drink and the amazing views over Murcia city. During the week there was plenty of parking and toilets are available. 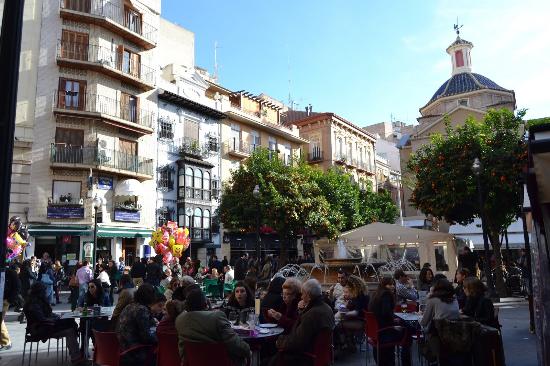 This is a great place to sit at one of the may cafes, people watch, take in the surrounding architecture and immerse in the buzzing atmosphere. The Fountain is a focal point with its bronze statue of a woman sitting on the rim. Whilst there are numerous squares dotted around town, I have to say we found this to be the best of those we visited. 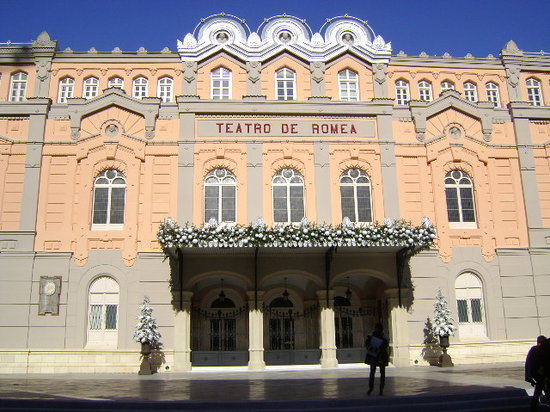 Lots of restaurants and bars surrounding the Plaza and a 2 minute walk from the Cathedral. Nice big theatre building that dominates the Plaza and good to have your photo taken in front of. 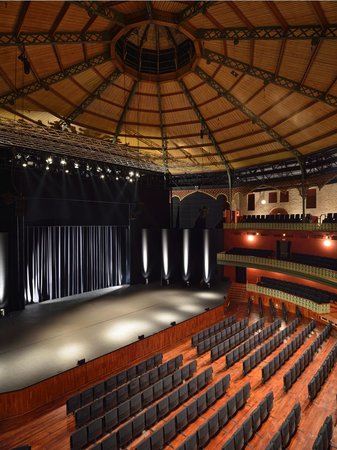 We went to a mime show with friends. We all enjoyed it except one man who could not understand the humour. We thought it was very clever. The theatre is old but well kept. The staff were helpful in finding our seats as the tickets were booked online and the Seating numbering in Spain is a science known only to General Franco. Easy to find with an underground parkpark beside it. 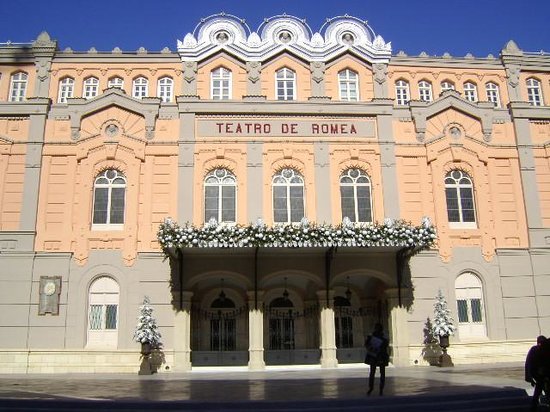 Stunning Building....worth a look...spectacular building and quaint area.
Visiting Murcia we wandered off the main thorough fare area and welcomed the sight of the theatre. Some reviews say its better inside than outside however I disagree. if you are in the vicinity be sure to take time to enjoy this building...lovely. 23/09/15 YB.