Top 10 Things to do in Heerhugowaard, The Netherlands

Heerhugowaard in The Netherlands, from Europe region, is best know for Specialty Museums. Discover best things to do in Heerhugowaard with beautiful photos and great reviews from traveller around the world here!
Restaurants in Heerhugowaard 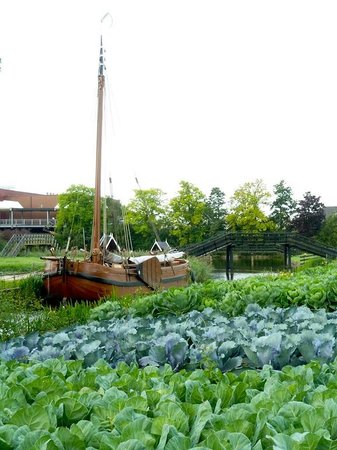 Dispatching goods by auction was done here. Inside the inner sections of the covered complex were the piers or landing platforms. Herein goods were received for auction. The means of transport was through the water and the products were auctioned in bulk.
An interesting way to facilitate marketing of products. I guess there was a certain control of the prices of specific products. it might depend on a season when crops can be harvested. 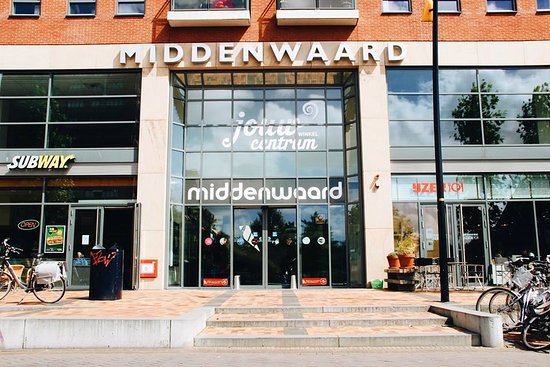 Middenwaard is the largest indoor mall north of the Northsea canal. With a retail area of 42.000 sqm and over 140 different stores, there is something to find here for everyone. Besides shops there are also many restaurants and lunchrooms to sit, relax and enjoy a great meal or just a cup of coffee. We have more than enough parking space, to make it easy for you to park near where you need to be.

Just in one area wide enough to cater various shops, restaurants, boutiques, ticketing office, cinema, supermarket, music stores, saloon to name a few.
It is a one-stop shop. There is a wide area for parking. It is also close to the city hall. You can do the shopping in any weather condition. 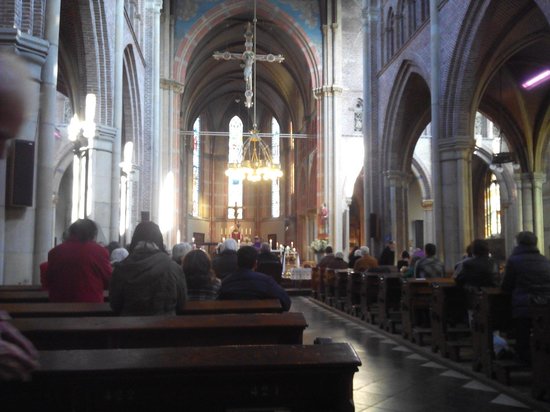 This landmark church building is now in use as a huge exposition center for art work. The church is even part of the Dutch 'museum card' (museumkaart; costs about 60 euro's for a year) with which you can visit museums in almost every town of Holland. 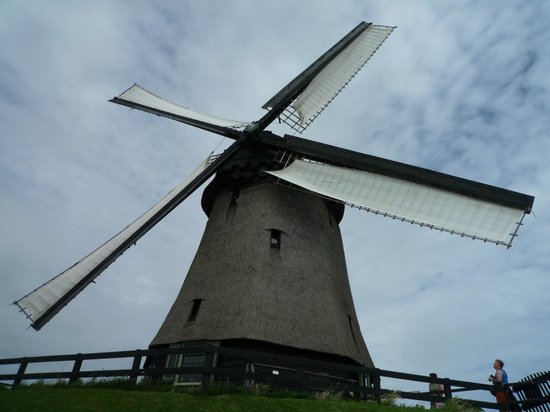 We visited the Schermerhorn windmill museum as part of our day trip with Tom's Tours and found it quite enlightening. Unfortunately the weather was not the best, wet and windy, so we didn't feel like staying outside for very long to view the windmills from different points of view. The positive aspect, I suppose, was that the there was more than enough wind to sent the sails spinning around.
The windmills lay at the edge of the Schermerpolder. A quick explanation of terms. Polder refers to reclaimed low-lying land. The Dutch would build a dike around a lake, pond, marshland they had identified for reclamation. A canal was created on the outside of the encircling dike and windmills - drainage mills - placed all around and put to pumping out all the water into the surrounding canal. The land will be perpetually at risk of flooding since it will have subsided once the water was extracted and be even further below the natural water level. Windmills would have to be maintained permanently around a polder to keep it from flooding. The winds would drive the sails that would turn a drive shaft that, using an Archimedes screw, pull water up a certain vertical height. The Schermerhorn windmills were primarily drainage mills, as defined by their purpose. Of course other types included grain mills, saw mills, paper mills and other assorted industrial mills.
The Schermer polder was created starting in 1633 and at one point 52 windmills surrounded the reclaimed land. There were 3 windmills at the museum, the middle being the designated museum windmill open to visitors to explore. This Poldermoelen (polder mill) D was originally built in 1635. Not only was it still standing, it was fully functional after over 380 years!
The traditional windmills such as the ones at the Schermerhorn polder could lift water about 1.2 meters, a little over 3 feet. Under optimal conditions a windmill could pump an astounding 60,000L of water each minutes (1000L or 264 gallons per second!). One could do the math for 52 windmills all working at maximal capacity.
It took coordination between the several windmill masters to make sure no flooding took place. Adjusting the amount of sail on the windmill arms or vanes was a dangerous task as it meant putting the brakes on the windmill while strong winds blew and a worker climbed out onto the arms to add or reduce the canvas depending on the needs of the windmill. This was a 24 / 7 job with the master sleeping in the mill, ready to take the necessary measures to put the windmill into action. Not only did he have to adjust the amount of canvas sail on the 4 arms he had to turn the wind mill arms into the wind for the mill to work efficiently. This upper body of the windmill weighed about 20 metric tonnes and was supported onto the lower body by a ring of ball bearings under the outer wall; this along with a gear system allowed the miller to turn the heavy superstructure into the into the wind all by himself.
We watched a short movie about the critical role of windmills in Dutch history, geography and agriculture. We then entered a mill, inspected the living areas - very cramped - and climbed up into the upper body of the windmill, the working portion, if you will. We got close, but not too close, to the shaft being turned by the windmill. This spinning wind shaft in turn drove the center posts that ran through the center of the windmill down to the base where it drove either the waterwheel or the Archimedes screw to draw up the water. It was quite noisy by the wind shaft and all the moving parts were exposed make the potential loss of digit or limb a real risk.
We then walked around for a while but the lousy weather was not suitable for exploration of the canal dike or walking to the other windmills for different points of view.
We enjoyed the fact that there were few other visitors. It was definitely worth taking the drive out here.

Reviewed By Mikisa1961 - Alkmaar, The Netherlands We enjoyed our visit very much! Our 3-year old girl did not want to leave and was trying to spot all the butterflies and birds from the handout. We also bought some fish food for 0,50 EUR and also the turtles were very happy. Very nice and recommended tropical garden! We had an ice cream there at the end and our daughter played a little in the sand. It is a short drive from Alkmaar and great in the April weather! We spent approx. over an hour there but it isn't a big place. 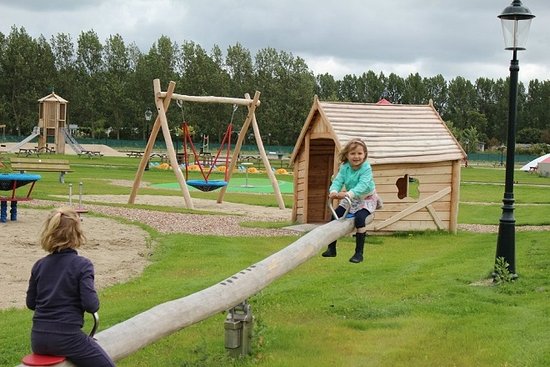 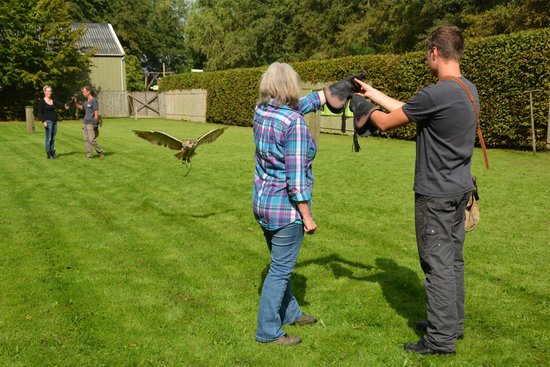 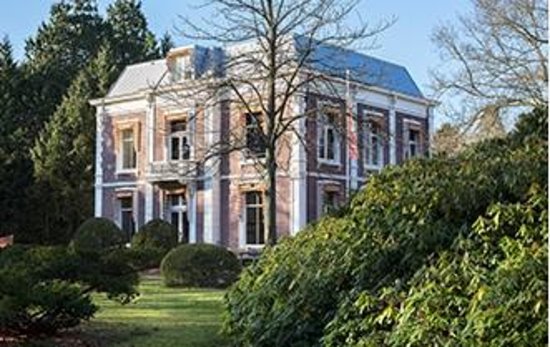 Where art, culture and nature meet.

The historic 19th century villa Kranenburgh has a modern minimalist exhibition wing in the spacious Gardens.
There are temporary Exhibitions themed around contemporary, modern and 17th,18th,19th,20th century art especially the expressionist" BERGENSE SCHOOL"
I visited the june 2014 exhibition about the relation between dutch country house gardens-estates"BUITENS" and 17th,18th,19th,20th century art inspired by dutch country estates.
The Gardens and restaurant are inviting to.
entrance 8 euro museumjaarkaart: free. 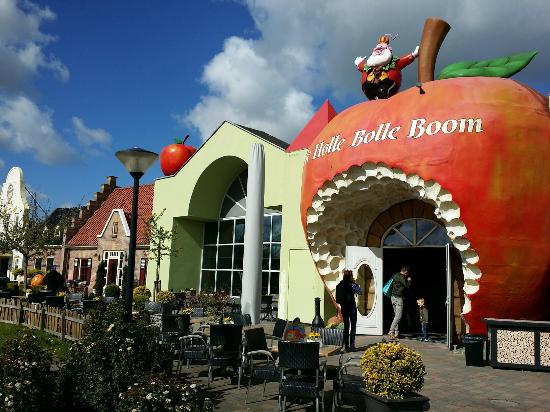 We visited the place for the first time with our children, respectively 10, 8 and 1 years old. We all enjoyed the place very much. There is an area outside and one inside. We had been in the latter and it is possible also to buy the ticket for one of the two zones. The children and us had a great time. Inside there is a large pool excellent for children younger than 5 years old. The smaller child had a fantastic time there, and also the two old ones had a lot of fun. There are five water slides that we adults also tried with a lot of fun.