Top 10 Things to do in Gampola, Sri Lanka

Gampola (Sinhala:ගම්පොල, Tamil:கம்பளை) is a town located in Kandy District, Central Province, Sri Lanka, governed by an Urban Council. Gampola was made the capital of the island by King Buwanekabahu IV who ruled for four years in the mid fourteenth century. The last king of Gampola was King Buwanekabahu V. He ruled the island for 29 years. A separate city was built in Kotte during this time by a noble known as Alagakkonara. The longest sleeping Buddha statue in South Asia is located in Gampola, the Saliyalapura Temple.
Restaurants in Gampola 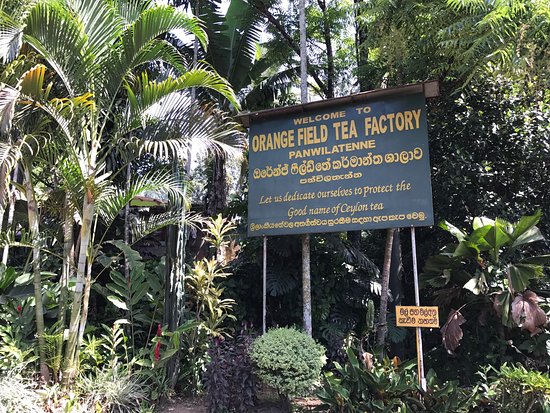 Orange Field is an award winning tea factory engaged in the manufacture of Ceylon black tea catering to the Middle-Eastern market and the C-I-S Countries (Commonwealth of Independent States). The factory is situated in Panwilatenne, a very small hamlet in Kandy District, Sri Lanka.

The Orange Field Tea Factory was amazing. Mr Sebastian, the owner, gave us a personal tour and every detail was interesting. From the history, to the process, to the aroma of the tea leaves, and the final sampling sip of the most delicious tea... The whole family loved it! 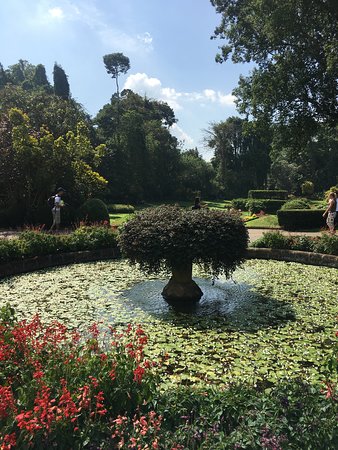 One of the popular attractions in Kandy,the garden includes medicinal plants,spices, orchids,palm trees and you can see the trees near the river full with Indian flying fox(bats). Ride the bus heading to Panideniya for only 20 Rupee. Entrance fee for foreigners is 1500 Rupee.

3. Temple of the Sacred Tooth Relic 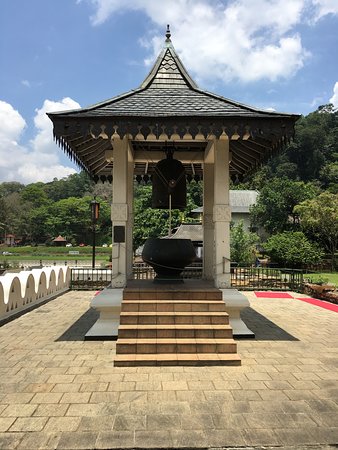 Sri Dalada Maligawa (Sinhala: ශ්‍රී දළදා මාළිගාව) or The Temple of the Sacred Tooth Relic is a Buddhist temple in the city of Kandy, Sri Lanka. It is located in the royal palace complex which houses the Relic of the tooth of Buddha. Since ancient times, the relic has played an important role in local politics because it is believed that whoever holds the relic holds the governance of the country. Kandy was the last capital of the Sinhalese kings and is a UNESCO world heritage site partly due to the temple. The temple which houses the Sacred Tooth Relic of the Buddha is one of the holiest shrines in the entire Buddhist world.

The temple is beautifully decorated. The floral offering tables are full to bursting with blooms. Take time to notice the roof and wall paintings. You are allowed to take photographs inside the temple. The air is filled with incense and the scent of the flowers. 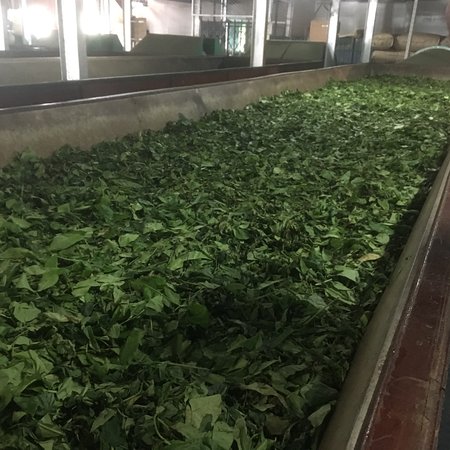 Enjoyed very informative I did not realise how much went into making a cup of tea tasting the tea was lovely after you had learnt how much work went into producing it. The best way to travel around Sri Lanka is with your own personal car and driver. Having your own car and driver gives you the freedom to create your own itinerary, avoid unnecessary public transport delays and have the comfort and the security of a competent driver with local knowledge. Sarath has more than 25 years experience of driving and escorting individuals and small groups around Sri Lanka from tourists to professional photojournalists.

Got Sarath’s contact from the tripadvisors review and it was the best decision to engage Sarath on our first time experience in Sri Lanka. Sarath together with his skillful co-driver, Suha, made our trip enjoyable and always making sure that we are safe. They brought us to places that was listed on the itinerary and suggested other interesting places so that we won’t miss out on Sri Lanka beauty. I will definitely recommend Sarath and Suha to those who wants to have an exciting holiday in Sri Lanka. 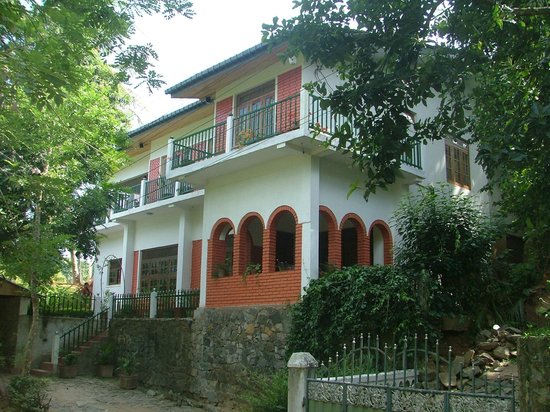 We are the oldest Ayurveda center run by a qualified Ayurveda doctor who is in the state service. Last 11 years we were in Kandy city and now we have moved out of the city with free transport for guests. We are recommended by Lonely Planet, Rough Guide, Stephan Loos.

This was my first trip in Sri lanka. I stayed for 7 days and l had very pleasant and relaxing time.Every morning I had a consultation with a doctor. Then after break fast having a morning treatment, after lunch having a aftenoon treatment for about one and half hours. A centre was surroundig lots of nature so able to lease myself. All stuffs are so friendly and helpful. Three meals were inclusive and transport from an airport were arranged. I felt much healther after treatment and suprisingly my eyesight got better , my face seemed to be small after 7 days.
It is worth place to visit and I strongly recomend this place as reasonable and flexible for guest's request.
Thank you very much for lovely time! Definitly I come back again. 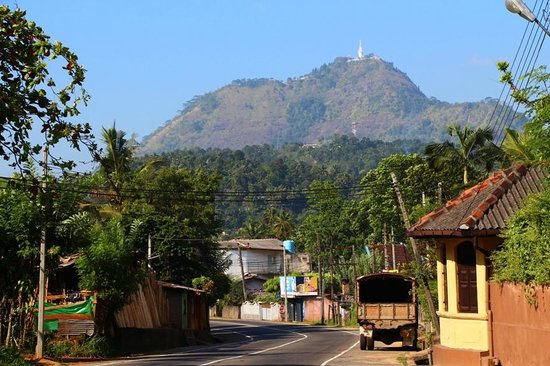 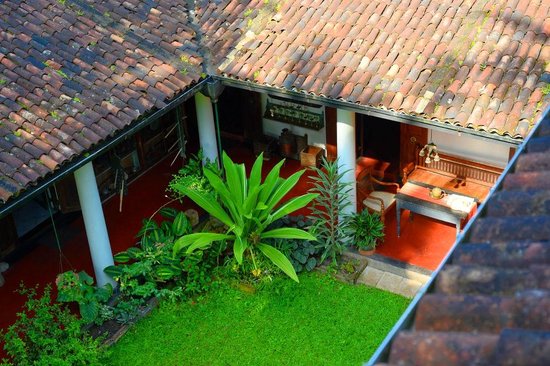 Center for Art and Culture SURIYAKANTHA is an unforgettable landmark at the heart of authenticity and culture that Sri Lanka's prestigious cultural capital Kandy is renowned for.

This was a totally unique and unexpected experience. We found the experience to be very delightful! Mr. Soulie was very informative and spent time giving us a great overview of the history and artifacts that he has collected over the years. It was a peaceful...MoreThank you for your comments and all the best to you.

Williams tours was found in 2005 and it's main compenet is operating tours for foreign and the local clients. Our Mission is to ensure the best experience of this magnificent country, irrespective of budget. We Organize tours(with our own Chauffers) And Experience National Tour Guides

We started from Sirigya, including one day in Polonaruwa up until North (Trincomalle and Nilaveli) and then went down to Kandy, Nuwara Elia, Elia, etc. We visited the oliphant orphanage, the botanic garden, a tea factory and many other things (waterfalls, markets). We spent one week on the Beaches in the South (Tangalle, Mirissa, Bentota, etc). Greshan William (the owner from William Tour) offered us a custom-made trip. He was able to propose nice and charming accommodation for cheap prices and let us discover the true Sri Lanka, including its inhabitants, without taking commissions. The children were delighted and our guide was always able to find something of interest for them. We hope to be back soon and will certainly travel with Greshan who can be trusted 100%. Do not hesitate to contact me at +32 492 275 531 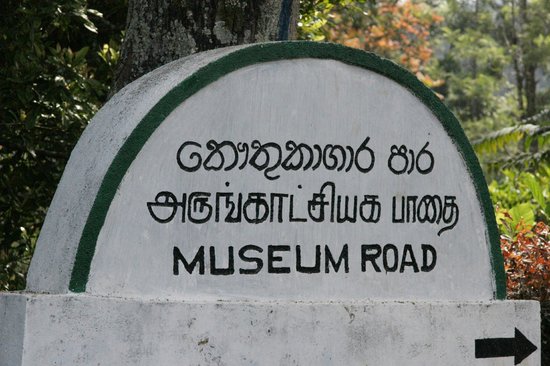 Although this is a quite small museum and not easy to get to, I think it's worth the effort as it represents social issues not commonly dealt with elsewhere.
The museum with archive and training centre is situated well off the main road and is accessed by a drive up through tea plantations.
The displays include the historical background of tea plantation workers as well as small displays of household goods and cultural items. There are also copies of documents relating to the issues of some plantation workers becomng stateless for many years..
We turned up on a Monday which we discovered is a day the museum is normally closed but the caretaker was kind enough to let us in.
http://www.isdkandy.org/index.php/activities/9-isd-kandy-isd-kandy/75-projects