Top 10 Things to do in Fishers, United States 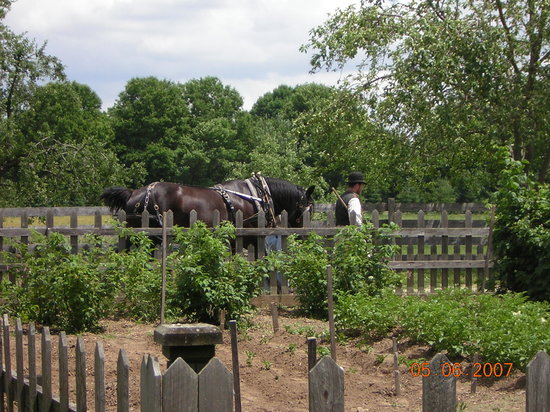 Hello, We would like to have our attraction listed under Indianapolis, Indiana so we can show up in the list of things to do in Indianapolis. As you can see, our physical address actually falls within the city of Fishers, Indiana. However, fishers is actually a suburb of Indianapolis that visitors would not be aware. Visitors that come to Indianapolis will look in "Indianapolis" for interesting things to do in our area. Is there a way we can get on that list? Conner Prairie, a nationally acclaimed outdoor history museum, is a fantastic day activity for children and adults of all ages. Perfect for families, groups, clubs, school field trips and more. Come explore the beautiful grounds of the park and visit different time periods in Indiana history. Areas include: 1816 Lenape Camp, 1836 Prairietown, 1886 Civil War Journey, the William Conner House and the 1859 Balloon Voyage. You may also enjoy meeting baby farm animals and learning about Conner Prairie's heritage breeds at the Animal Encounters Barn. Or take a ride on the 1859 Balloon Voyage, a helium filled tethered hot air balloon ride that takes you 350 feet into the air above the park. Don't forget the hiking trails, summer splash pad and the newest exhibit, a four-story tree house with integrated learning stations. The outdoor grounds at Conner Prairie are open to the public April-October with some limited hours. Please check the Conner Prairie website for current hours. The indoor Discovery Center, Create Connect and additional special programs are offered year-round. Museum Shop open year-round. Closed Mondays.

There are many things to do - manhy that even local people don't know that they can take advantage. One of my favorite things to do in the summer is Symphony on the Prairie. But there are year round activities. It is clean and a great place to take kids if you keep an eye out for things to do. Christmas is another particulaly prominent time to go to Conner Prairie. I do wish that the parking lots were actually there as you are parking on grass - but, that takes money. Whoever handles the Prairie does a great job! 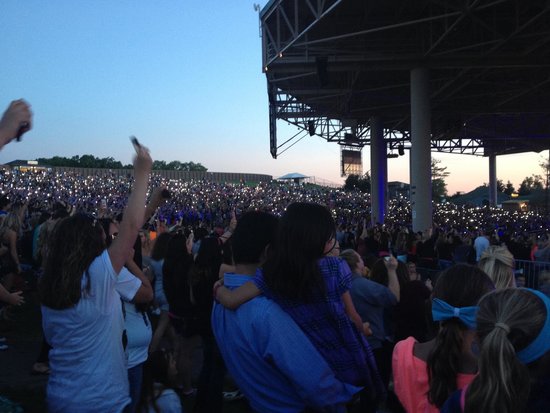 I saw Cheap Trick and Foreigner here. It's a nice spot for a concert. Good sound. Good food. And most important easy to get in and out of.

3. The Center for the Performing Arts 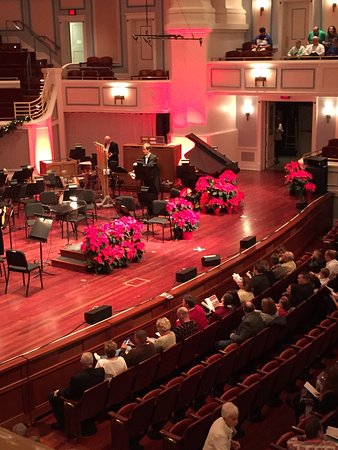 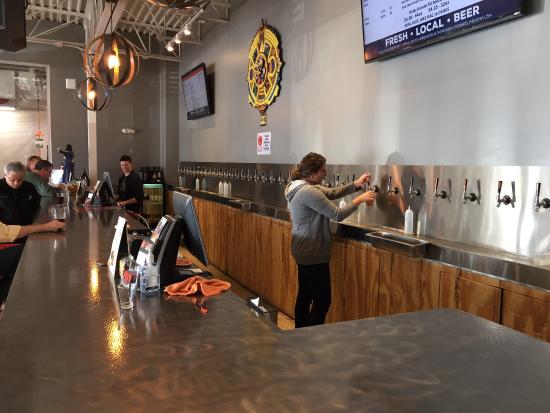 We were at the fairgrounds for the Woodworker Show. Asked about tap rooms and micro, and was given this one. Great space, clean , friendly and above all tasty.
Got a variety to go, and share. Still had a 3 hour drive home. All tasters were pleased.
Will return. 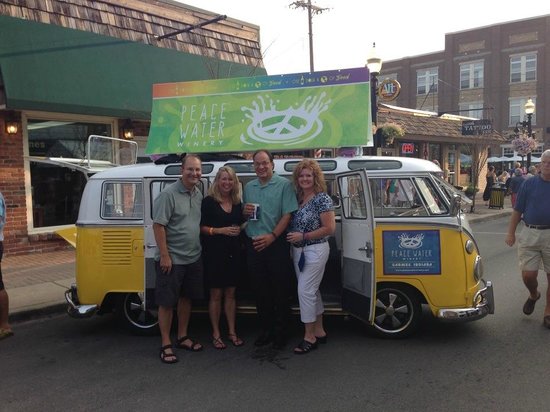 This is a wonderful place to take a walk and see the sights. After lunch recently a friend and I headed out to walk at the Carmel Arts and Design District. Lots to see and we stopped in at the Indiana Design Center just to look around. Nice way to spend an afternoon. 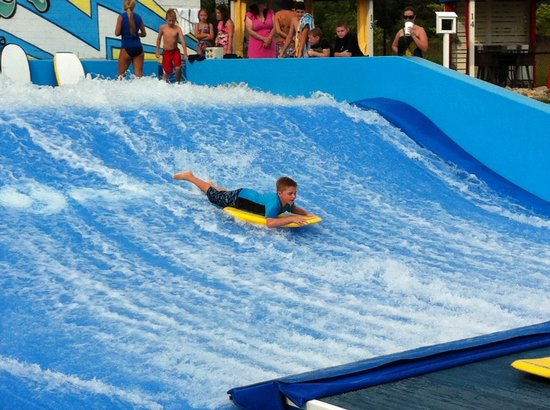 One day last week, The Monon Waterpark hosted an event for pre-school children to attend a day at the pools. I took our granddaughter -- a four-year-old -- and she was delighted to splash in the water pools outside and jump into my outstretched arms, off the side of the pool deck. The outside pools water temperature was a little bit chilly, so we ventured inside to have the shallow pool all to ourselves, with the water being close to 86 degrees, really warm and soothing. These inside pools are not too deep and that suits the youngsters just fine. The tube-style water slide was not available, but we still managed to have fun. The 25-meter lap pool is right next to that one, and people swim back and forth in it from early morning until late in the evenings. After Sept. 5th -- Labor Day -- the outside Waterpark will be closed for the season, but we will be returning next year for fun and relaxation at this fantastic place in Carmel. 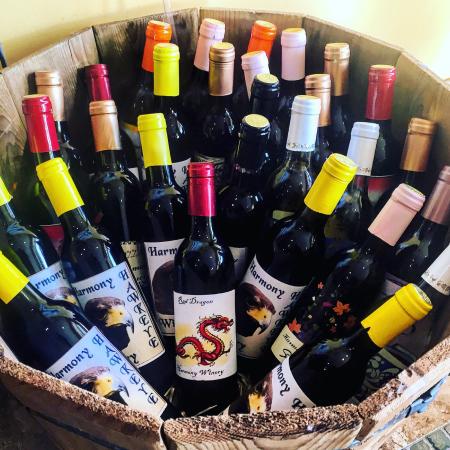 We were in the are for something else and saw the sign and decided to drop in since we really like tasting wines. We have had been fortunate to have done some wine tastings in CA, Italy and France, and we even like Oliver winery from Indiana. We do not consider ourselves wine snobs and like a lot of wines that are under $10/bottle. However, when we started questioning where the wines come from, how they are fermented, etc., the sales person was clearly not very knowledgeable and even indicated that they ferment onsite in plastic vats. What the @#$#? She also indicated that they buy from several vineyards, which is ok, and that most of their wines "just fly off the shelves so quickly that they don't have time to age". Hmmmmmmm. It's 50 cents per tasting, with 5 tastings minimum, but since it was close to closing time, she was unwilling to let us taste, and fermented in plastic vats, that just keeps bugging us.. Probably no loss. Do not intend to go back and sure that we haven't missed a thing.

Local Roots, California Wines (and vibes!) Love tasting great wine in a fun, laid-back, eclectic atmosphere? This is the place! We are a locally-owned winery with a social cause (actually 8 social causes). 50% of our profits are being donated to charities selected by our 8 kids. So come enjoy our wines we hand-craft in the heart of Napa Valley and learn how "One bottle does a world of good!"

attractive wine tasting room on carmel busy west main street for $10.00 you can sample several of their wines in fine glassware and good portions..wines are available for purchase although a bit pricey..some of the profit goes to support charities which are identified on the wall..if you like wine don't miss this unique wine tasting room 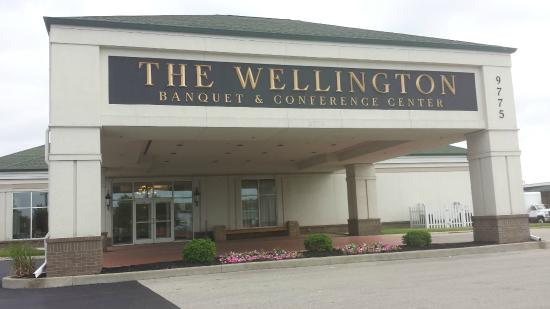 I live near by this place and wish it was nice but it is really bad.... The food they have is sub-par and the place is over priced. You would be better off to rent a larger room at one of the near by hotels. 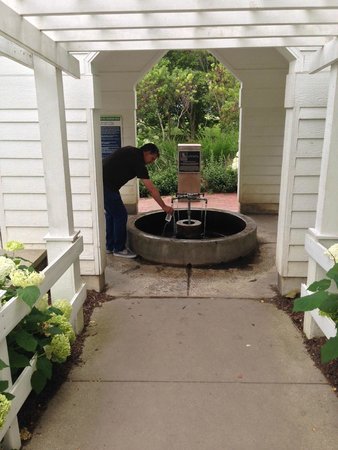 I grew up in Carmel in the 50’s and the flowing well was a pull off on 116th Street when it was nothing but a gravel road barely wide enough for two cars to pass! This artesian well has been here for decades. When I was in High School, the Carmel Key Cub raised a lot of money for the initial upgrade and improvements to the well. It is now a small park where you will see a constant slow (no pun intended) of people stopping to fill jugs of water.