Tabriz (pronounced [tæbˈriːz] ( listen)) (Persian: تبریز‎; Azerbaijani: تبریز) is the most populated city in Iranian Azerbaijan, one of the historical capitals of Iran and the present capital of East Azerbaijan province. Located in the Quru River valley, between long ridges of volcanic cones in the Sahand and Eynali mountains, Tabriz's elevation ranges between 1,350 and 1,600 metres (4,430 and 5,250 ft) above sea level. The valley opens up into a plain that gently slopes down to the eastern shores of Lake Urmia, 60 kilometres (37 miles) to the west. With cold winters and temperate summers, Tabriz is considered a summer resort. It was named World Carpet Weaving City by the World Crafts Council in October 2015 and Exemplary Tourist City of 2018 by the Organisation of Islamic Cooperation.
Things to do in Tabriz 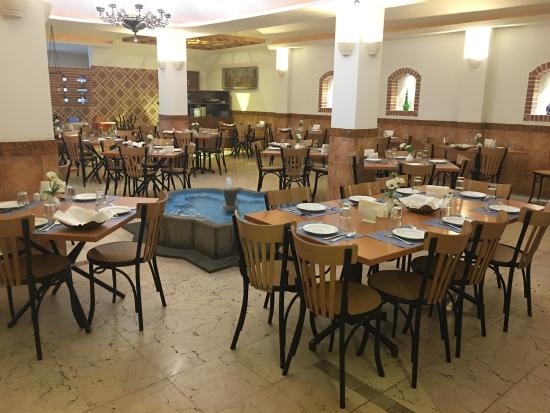 I went for dinner to Delestan restaurant. I had a delicious köfte (meat ball), which is one of the local specialties of Tabriz. The setting was modern yet traditional. Service was impeccable and prompt. The lady at reception spoke perfect English and was very welcoming. Definetely a restaurant to try whilst in Tabriz.

It is known to be "the" best restaurant in Tabriz but I find it a bit of exaggeration. Don't take me wrong, the food is very good but nothing exceptional, I believe. Try their sour cherry pickles, yogurt and butter :) 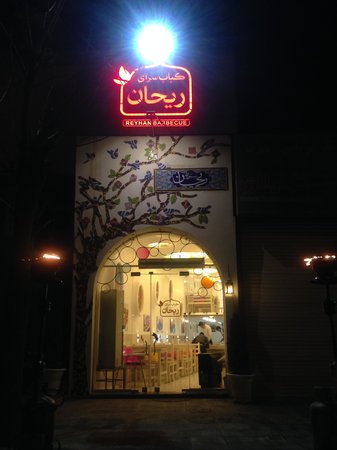 I have eaten at both branches. The quality of food is good but it is not special. I mean you would expect to experience a different type of Kebab but it is all ordinary. The ambiance is cool and somehow romantic. The prices seem expensive to me and compared to other places but it is worth vising the place for once. 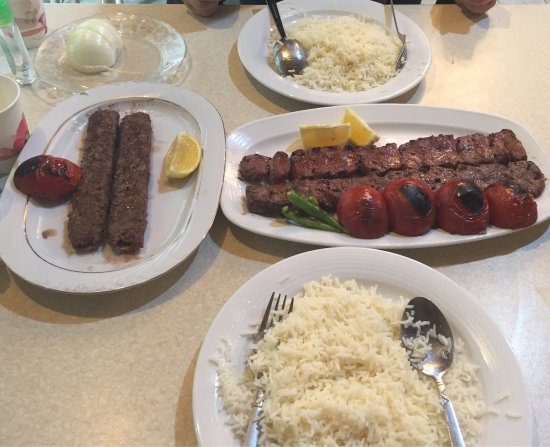 As a vegetarian ended up having tomatos, rice and somagh with butter which was BRILLIANT! It's not really a veggie friendly restaurant, but the food was amazing.
Staff were just about acceptable, one was kind, another one wouldn't really care. Tables and dishes passed the bare minimum for me.
Price-wise it was expensive enough, but totally worth it for us.
Others had kebab and that made them pretty happy. 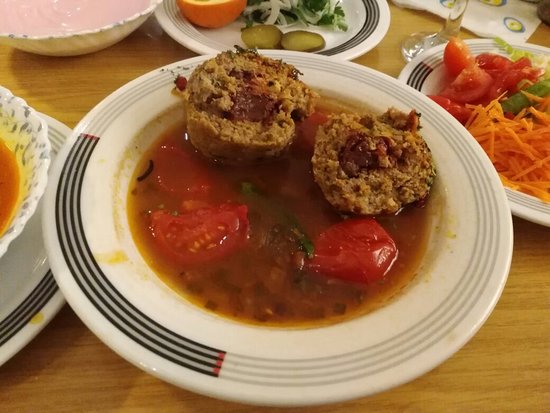 The offer here includes soup and a salad bar , I tried the Kofte Tabrizi which was good . Friendly staff and restaurant looks clean and shiny . Good value for money

Located in Valiasr area of Tabriz, the restaurant offer both traditional and fast food which is one of its advantages. It is always crowded. If you are with a group of people in which every one wants a different type pf foods, this is the place to go.

This restaurant is one of the bizaar thematic restaurants we visited during our 12 day trip in Iran. It features all kinda of fish dishes including shark, pamphlet, sturgeon, trout, salmon, shrimp, and its signature fish kebab. We tried the signature fish kebab and find it its delicious. The decoration also showcases the fish tanks, small or large, as interior. They also have many jars of fighting fish to behold while you are waiting. At the end they offer free dessert and tea as complement. All at reasonable price. Highly recommend 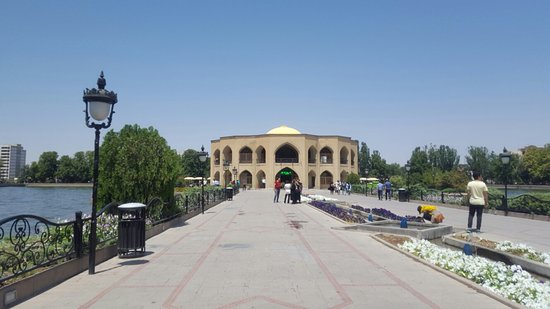 We had dinner in this restaurant that sits in the middle of the lake, connected by a walkway. It was in walking distance of our hotel. The food was traditional and tasty. Notable was the local cheese. It is a lovely place to dine after strolling through the park. It has a large dining room but its design means that it feels more intimate. 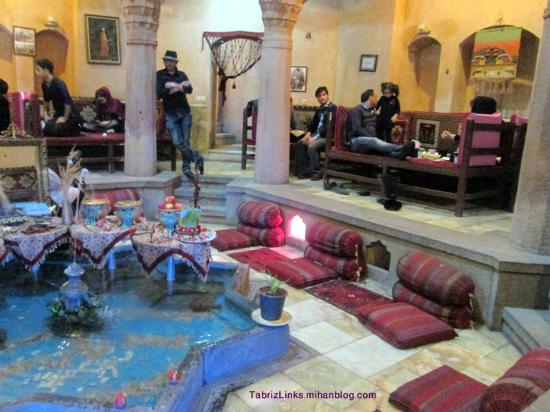 The food is just average, not anything memorable, but not bad either. The reason to go here is that the restaurant is in a converted bath house, and therefore has a lot of atmosphere and history.
There is also a cafe part, and may well be a better bet than eating a meal here - you get the atmosphere that way without the average food
I felt our visit here was memorable for the reasons I have given, and would recommend you visit here.

In 5th pf Oct. 2017 I took Swiss couple there. It's area is so nice . You'll enjoy the sounds of birds. You can choose traditional seat , too. It has so delicious Iranian food. But you cannot find vegetarian food. If you are vegetarian...MoreThank you for your review. About vegetarian foods, you are right we do not have. But we think about add some to our menu. I hope see you in Berkeh again!