Roscoe is a village in Winnebago County, Illinois, a suburb of Rockford. The village is in a suburban area along the Rock River. It is part of the Rockford, Illinois Metropolitan Statistical Area. As of the 2010 census, the village population was 10,785, up from 6,244 at the 2000 census. The area has been undergoing a period of rapid growth. There have been numerous border disputes with its neighbor to the west, Rockton, Illinois and development and annexations continue by both villages. Recent growth has included the Promontory Ridge and Hidden Creek custom home subdivisions east of the Illinois Tollway, I-39/I-90.
Things to do in Roscoe Stopped in for breakfast and had the best spinach & feta omelette I've ever had - $9. It was huge so had to take half home; great flavor, consistency and loaded with chunks of feta. Hash browns were also very good as was service. My coffee cup was regularly refilled but unobtrusively so. Very clean restaurant.

They also had some great alternatives to hash browns such as fruit and a muffin which I saw others later order that looked fresh and generous.

Not great, not horrible, I felt sick after eating there, but that's probably because I'm not used to fast food. The ice cream is alright.

Just found out about this restaurant! We ordered the cheese curds and they were fantastic! Also, we tried the Crab Rangoon. It came with a tasty raspberry dip. The chicken sandwich was good, as will as the fish and chips. I can not remember the name of the burger served on garlic mashed potatoes but my husband said it was good. One thing we wished we would have realized was it did not come with a vegetable at all. It just needed that pop of freshness that it would have brought. As a family we did decide we would go back so we could try more of the great things on the menu! 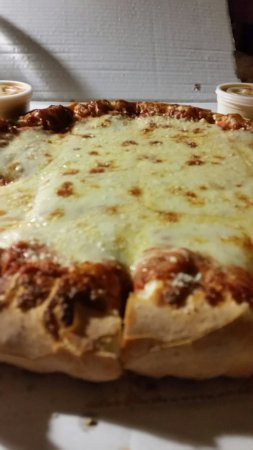 When first opening in the Roscoe area and for several years this Pizza was the best ! Both our families from Wisconsin to south of Rockford loved to visit us so we could order Pietro's !! BUT ... for the LAST 2 years we've found the pizza to be hit or miss and now rarely order as there are many other good pizza places in the area to choose from.

If you have a special occasion and want a great breakfast go here. Staff is super sweet and takes care of all your needs. Food is very good at a nice price

Reviewed By Duane B - Roscoe, Illinois

We don't go here often but we try to make it to "Taco Tuesday" often. For a $1.21 ea. you can't beat it. They are filled with meat, lettuce, tomato and cheese. These are not your mass produced fast food tacos. Tortilla styles are optional. The restaurant is clean and the servers are friendly.

Not a bad place if you are looking for "Americanized Mexican" food. Nothing very authentic here, but the food is OK if you are hungry for your typical Taco, Burrito, or Enchilada. Compared to what else is available in terms of "Mexican food" in this area, it is an OK place to go. Not great, but certainly not bad. 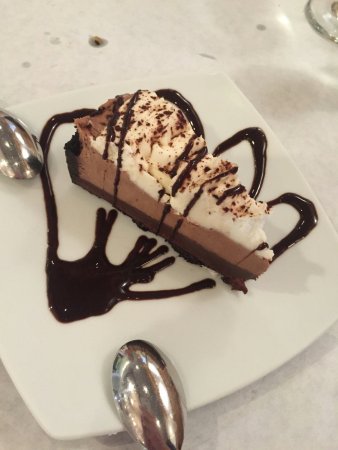 Four of us went to Vito's Ristorante last Friday night. Two of us ordered the beef filet sandwich with homemade chips, which was delicious. One ordered a bowl of clam chowder and a Caesar side salad, which she enjoyed. My husband ordered the Caesar salad with chicken and had some to take home. Our waitress was excellent.

I really have absolutely nothing bad to say about this place! Their prices are fair and their food is excellent! Homemade fries, everything tastes fresh and their portions are huge! We eat here frequently and I have never had anything bad from them! Highly recommend! Only recommendation I can make is if you have limited time for lunch call ahead so it's there ready for you! 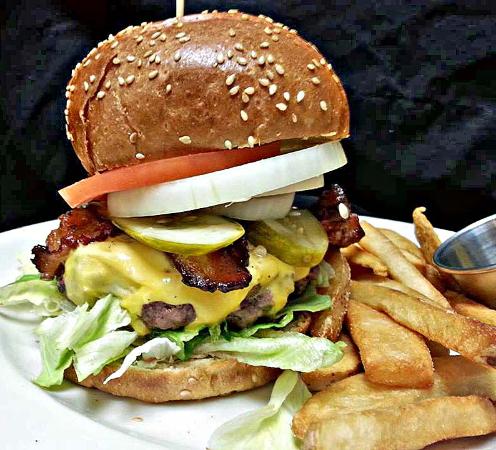 A customer of mine suggested we hit this place for lunch. After hearing the specials I decided to go with the honey barbecue chicken wrap. OMG, this was the best barbecue sauce I have had in my entire life. By guest had salmon said it was his best ever also.