Renfrew (/ˈrɛnfruː/; (Scots: Renfra, Scottish Gaelic: Rinn Friù) is a town 6 miles (10 km) west of Glasgow, and the historical county town of Renfrewshire. Called the "Cradle of the Royal Stewarts" for its early link with Scotland's former royal house, Renfrew gained royal burgh status in 1397.
Things to do in Renfrew 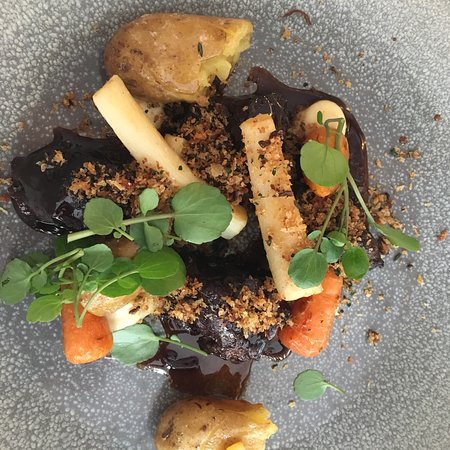 Award- winning restaurant in the heart of Glasgow&apos;s West End. Number 16 is a cosy, well established and much loved neighbourhood favourite offering quality food, friendly service and great value in relaxed surroundings. Run by a tight- knit, experienced and dedicated team; Number 16 is proud to bring fresh and unusual ideas to modern Scottish cooking. Our ever- changing menu features imaginative, balanced flavours; strong international influences and a commitment to using seasonal produce. We strive to make each dining experience a relaxing, unique and memorable one for every customer. In 2010, Number 16 was awarded an Eat Scotland Silver Award and won best restaurant in the &apos;Smart But Casual&apos; category at the annual Glasgow Restaurant Awards.In December 2011 Number 16 was awarded an AA Rosette.

My husband and i visited last night during a weekend in Glasgow, after Reading the reviews on TA. We were very impressed. The staff were lovely, attentive but not too in your face.
We dont eat meat and sometimes have a limited choice in restaurants. Our starter had a fancy name I cant remember but was small pasta parcels with truffle and hazelnuts and was delicious. I nearly licked the plate. The following courses were also very good.
All in all, a lovely wedding aniversary celebration. Thank you 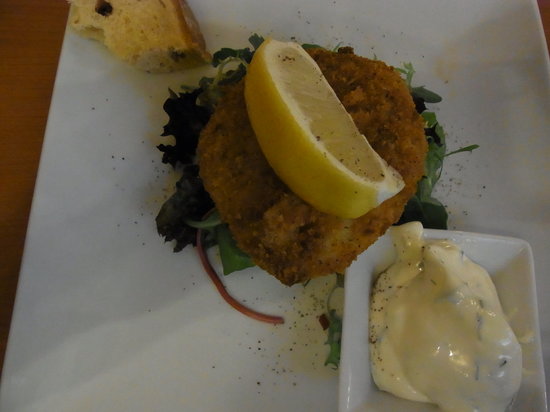 Staying locally overnight on business the initial search for food looked bleak, peoples ideas of good dont match mine. I decided to look online for an Italian restaurant instead, a good Italian meal is one of lifes great pleasures after all.
Cardosis popped up as a possible option. I read the online menu, looked at a few reviews and phoned to book a table. It was a very rainy Tuesday night so when I walked in I was expecting an empty restaurant. It was pretty busy with groups and couples dotted around the place. I had a small booth to myself and scanned the menu for a while to narrow down the choices.
I finally decided on the Pork Belly to start and Veal Pamigiana for the main course, I can honestly say every mouthful was a pleasure.
The service was excellent which just adds to the dining experience.
Thank you, I will be back one day. 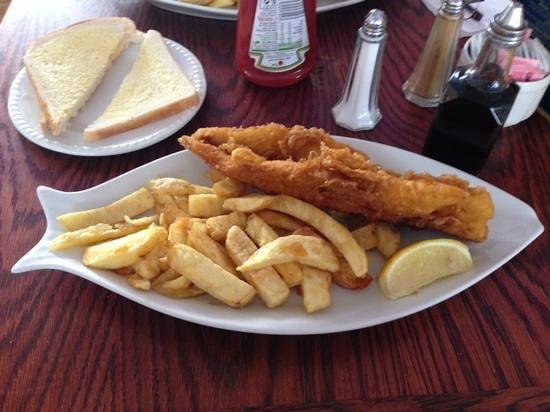 Firstly as a disabled customer, it has been renovated and now has a lift making it much more accessible and has air con. The staff are incredibly efficient and always happy to help the food is fresh and made on premises my recommendation is steak pie plus they have tango ice blasts. 3 course for £11.95!!

Great food great atmosphere will be back , food was amazing , loved the burgers and the service was spot on 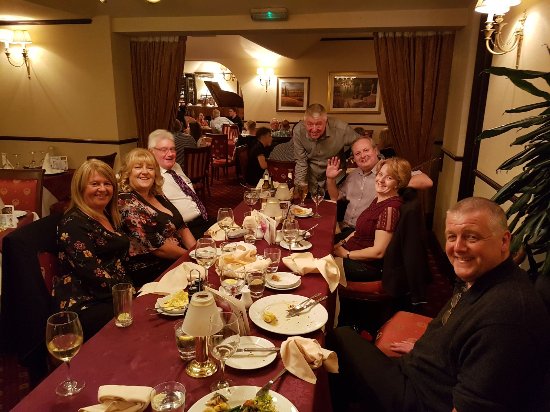 For Euro-classic and new lifestyle Mediterranean dishes, traditional and contemporary specialties, authentic recipes from the Tuscany region and a large selection of wines to choose from to accompany your meal.Our restaurant offers a style of dining full of flair and enthusiasm like no other. Our cuisine is presented to you in a warm and relaxing ambiance.We pride ourselves on our hedonistic menus of superb choice and quality at genuine value for money prices.The delicacy of the technique, the luxury in the composition and the finest of wines, are complimented by our friendly staff.We look forward to seeing you.

Excellent food, staff and service. Regular at this restaurant but a last minute booking with friends was great value for money. Staff especially Jim, Lynne and Ashleigh always greet you with a smile and cant do enough for you. Fantastic service, food was amazing (the bread is unbelievable). 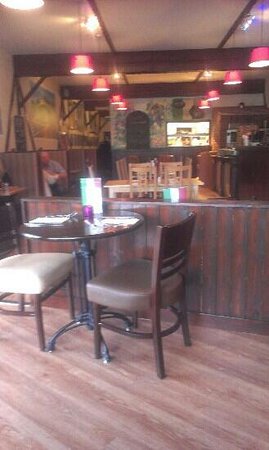 Whether you are celebrating a special occasion, enjoying dinner with friends or planning an intimate meal for two - our welcoming friendly staff provide a warm and cosy atmosphere for you to enjoy authentic Italian wines and cuisine. With an extensive menu on offer and an excellent range of wines to complement your meal, why not call in or contact us to make a reservation, and you could enjoy great tasting food, at reasonable prices, with your friends or loved ones.

Delicious, well cooked food and some of the best staff anywhere!!!
A leisurely Saturday lunch is always excellent at the Bella....friendly, welcoming and never rushed, just what a relaxing family meal should be.
The starters ... stuffed mushrooms in breadcrumbs served with salad and creamy mayo is always a hit with mum, the house pate is delicious served with hot buttered toast, salad and amazing onion jam and the pollo frito picante is so good again, served with salad and mayo dip ( normally served with a sweet chilli dip but the staff are happy to change it to mayo if you ask )
The mains were excellent... Danny is one mean chef - he and his staff serve some fabulous dishes.
On this visit I had the saltimbocca ... beautifully cooked and the wonderful flavour of whole sage leaves permeating the dish just added to the authenticity of the food- and although offered with potatoes, again, the staff happily changed it to rice for me.
The sauce was sweet, delicious and has a wonderful depth of flavour bringing the whole dish together perfectly.. a massive hit.
Husband opted for fish & chips and although not something he would normally order when out for lunch .. it is so good here that it has become a firm favourite with him... a large fillet of beautiful white flaky fish in crispy breadcrumbs, served with fluffy, crunchy chips and salad.. voted excellent.
Mum selected from the specials board.. a fabulous pasta dish that she really enjoyed but couldn't finish..it was massive!!!
Mum as always, insists on dessert and the special was caramel topped apple pie served with ice-cream.... which she devoured with gusto. In her opinion it was cooked to perfection, with light pasty base, sweet apple with a lovely tang and the most devine caramel topping which wasn't too sweet or syrupy.
A couple a great coffees ( a latte and a double strength flat white) were the perfect end to a lovely lunch.
A fab place, owned by the lovely Mimo, with service from some of the best staff you'll find anywhere and the added bonus of delicious, well thought out menus (make sure you check the daily "special" board for something a different that maybe not on the menu) Chef Danny and team .. please take a bow!!!
I would definitely advise booking a table in advance.. especially for larger parties as even early week, early evenings and lunchtimes can be in high demand. 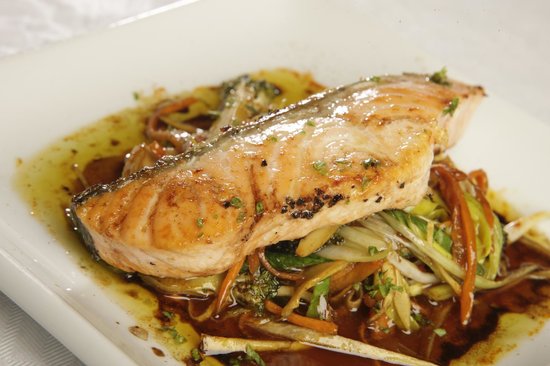 Here are at la rambla, we serve tapas style food, which is basically small portions of food, which enables customer to try different meals at one time instead of just one big meal. Tapas are ideal for sharing among friends and family, it is basically a small buffet on your table. La rambla does tapas from different cuisines like spanish, italian, mexican and indian as well. We believe to give a bit of variety to our customers.

Probably the worst Spanish Tapas I’ve ever had considering the best thing I had at this restaurant was Pakora. Most of the food seems like it comes from a packet with the sauces being served in the plastic pots they come in with the lid ripped off. The staff are slow and the manager just seemed to glare at everyone. Decor is horrendous and there’s no music in the dining area. Certainly won’t be back. 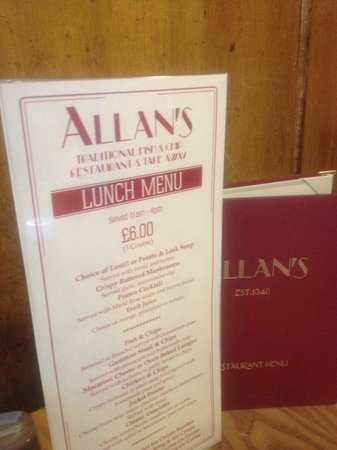 Can never fault this place, great food and really friendly staff, it does get very busy sometimes and there can be a bit of a wait but its worth it, I'll be back very soon!

Welcome to the Heera Restaurant, a privately owned family establishment that&apos;s been serving Renfrewshire since 1974. With over 40 years of operation we have the business working at a level of standard we and all patrons are delighted with. As we are a privately owned establishment this allows us to be in control of the food hygiene standards of the restaurant and also the portions of food and pricing are all in the hands of Heera Restaurant. The service received at Heera is often described by patrons as "Friendly & Homely" and that&apos;s something both the owners and staff work on every day the doors are opened to the public. •Family Run For Over 40 Years •No Limit Buffets Available •Kids - Eat Free On Sunday •Unique In-House Specialties •We Welcome All Group Bookings

Welcomed by Sunny, and stayed for a couple of hours a few other dinners at here.
Food was a mixed platter of (Mix Pakora - haggis, cauliflower and mushroom, Chicken Chaat & Mince Kachori).
Main meals were a selection of chicken tikka jalfrezi (lovely), chicken curry, chicken tandoori. The naan breads are huge. Espresso Coffee got high praise from a colleague!
Family are very proud of the food, and are very friendly and welcoming... Sunny is a delight. Parking is available outside.
Already planning a return next week

Been a few times to the Steamwheeler Braehead and always enjoyed but a bit disappointed this time. I always get the roast dinner which was as usual beautiful. I had Turkey and gammon. But the roast potatoes were very dry and the carrots were dry and tasteless. I don’t like a lot of salt but I would actually say they hadn’t been salted at all. As I’m on a SW plan the roast with tons veg is brilliant for me but I left most of the veg on the plate. I know I shouldn’t have but when the lad asked if everything was ok I said fine. But I’m not the type of person to embarrass myself complaining I just tend to not go back. My husband had the fish and chips and said they were lovely . The wee ones wrap meal was lovely except the pudding. It was an end piece and burnt to a crisp. So I told her just to eat the custard and leave the sponge. Unfair really as she really wanted this. Staff were very friendly.