Pikeville (/ˈpaɪkvəl/) is a city in and the county seat of Pike County, Kentucky, United States. During the 2010 U.S. Census, the population within Pikeville's city limits was 6,903. In Kentucky's current city classification system, Pikeville is a home rule-class city, a category that includes all of the state's more than 400 cities except for the two largest, Louisville and Lexington.
Things to do in Pikeville 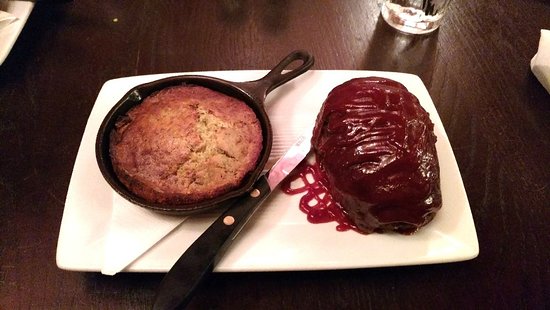 The Blue Raven is a wonderful place to eat, relax they have your back! I've been at this restaurant several times. Each time, I've ordered amazing food, fast service, and, fair pricing. If you are out of town, visit the Blue Raven, you will not regret your choice of fine dining in the Hills of Eastern KY! 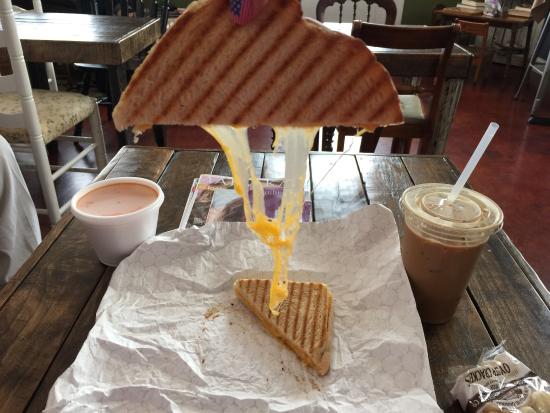 Roasted, Coffee and Cafe is a full espresso bar serving the richest purest coffee combined with the freshest soups, salads, sandwiches and sweets.

I had a business lunch here with one other person. They are a quaint coffee/sandwich shop along the main road through Pikeville across from the University. It is clean and very well kept. We had sandwiches and a beverage each for under $20.
My Italian sandwich was excellent. Cold cuts, cheese, tomato and arugula with a pesto spread placed in a panini press. I recommend it. My associate reported the cappuccino was excellent. His scone was very good as well.
This is a nice stop for lunch. They offer breakfast as well. 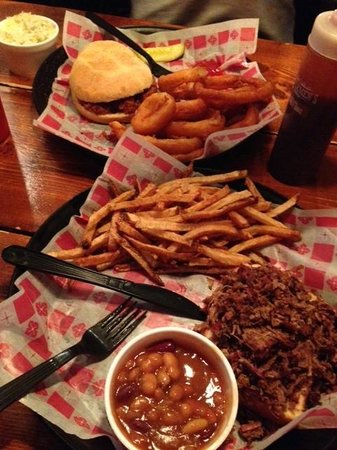 This is a new barbeque restaurant opened in Pikeville, Ky. It&apos;s owners own a restaurant of the same name in Prestonsburg, KY which you do have a rating for. However, the one in Pikeville is a separate restaurant which requires a seperate rating. I have pictures and have eaten there recently. Thanks!!!!

I use to get the brisket sandwhich with Loaded Potato salad and then I was introduced to the Pork Belly Tacos! Oh my, these are perfect portion and delicious! The White Cheddar Mac and cheese is amazing too! I sometimes just order a pint of it to go!
Ribs are tender and a huge portion! The wait staff are so friendly and accomedating. I highly reccomend this for lunch or dinner!

Fast service, great product. I had a strawberry sundae and my friend had a milkshake. All was good. A bit hard to get to off the highway, as a hairpin curve is involved, but after arriving it's worth it! Visited Texas Roadhouse on early Friday for dinner. Husband and I sat at the bar and ordered complete meal from there. Fast, engaging bar tender who took our drink and meal order quickly. Excellent service. I had 6oz sirloin and he had roadkill. Both were excellent. It gets crowed fast on weekends. I suggest call ahead seating if you are not planning to sit at bar area. Suitable for family in all other areas of restaurant. 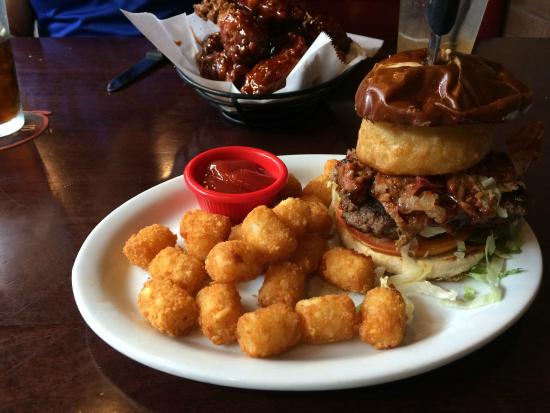 Ate here with fellow coach drivers and all enjoyed the food, atmosphere, servers and service. All were top notch. I had the philly steak sandwich and fries while the others had tacos, burgers or wings. All were great. Service was really good and the staff was extremely nice and courteous. Highly recommended.

I have eaten food from Dorsie's for as long as I can remember and I've never been disappointed with anything from there. My favorite is a footlong hotdog with everything and slaw and an order of their delicious crinkle cut fries. Getting food from Dorsie's is a real treat! 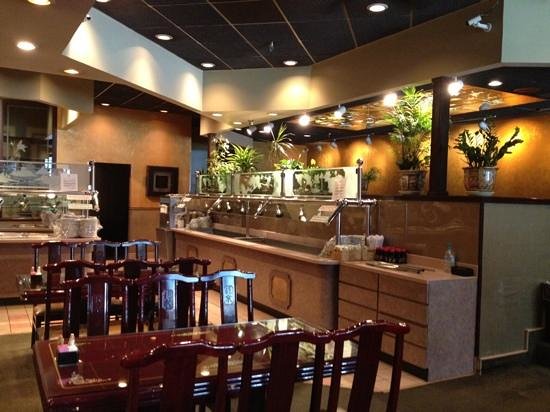 I am in Pikeville for a short stay and decided on Chinese for dinner. I picked Peking because I also wanted sushi. I used the address provided in the Trip Advisor app to get directions. I ended up in a residential neighborhood a few miles away. Go to the restaurant's website and type in the address on Google Maps to get where you want to be.
They offer the usual Chinese buffet with sushi and a stir fry station. The food was freshly prepared and cooked well. I tend to judge restaurants on their Hot and Sour soup. Theirs had plenty of pork and tofu. The base was kind of bland though with more soy sauce than I like. The sushi was good and they had several roll options set out.
The staff is very friendly and attentive.

9. Sliced by The Blue Raven 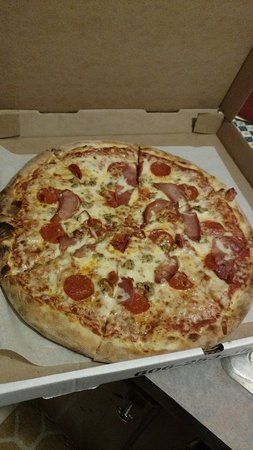 I frequent Sliced pretty regularly. I like the atmosphere, and the pizza is delicious. I do sometimes get frustrated, however, because as a pizza place called Sliced, they should offer more pizza readily available by the Slice. I sometimes will go in there needing a slice on the go, and they have no pizza by the slice available, so I have to leave and go somewhere else. This shouldn't happen. My suggestion, like with most pizza by the slice places, is to have a wider variety of sliced items ready at all times. That is, after all, the premise of the business. It's not a reason to avoid this business by all means, but it's something that goes through my mind every time I eat there. 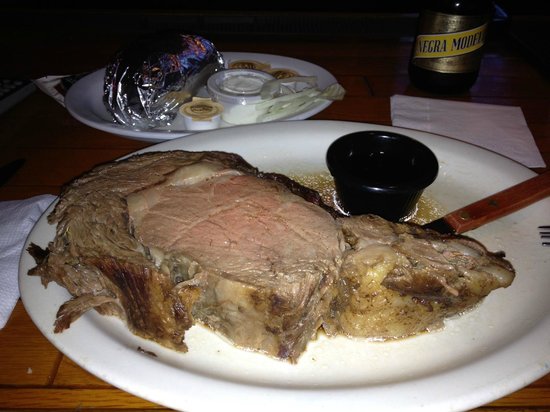 I almost didn't eat here because of the few negative reviews I read earlier today. They must be New York Times Food Critic wannabee's. I was seated immediately. My server was friendly and prompt and kept coming back to ask if I needed anything. The nachos and salsa served - tasty. I also ordered the special guacamole dish - very good! It was filled with chunks of avocados and delicious. My main meal was served very promptly - Chicken and Shrimp Fajitas. There was enough food on that plate to share with two others! The lime margarita was very good as well ($3.50). I travel all over the country weekly and have visited many restaurants through the years. As far as Mexican goes - I give this restaurant a 5 out of 5 Stars.