Royal Leamington Spa, commonly known as Leamington Spa or Leamington /ˈlɛmɪŋtən/ ( listen), is a spa town in Warwickshire, England. Following the popularisation of the medicinal qualities of its water in the 18th century, in the 19th century the town experienced one of the most rapid expansions in England. It is named after the River Leam, which flows through the town.
Things to do in Leamington Spa 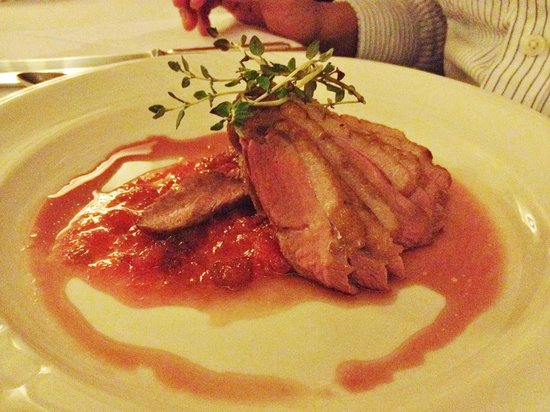 Returning to Leamington after too long a break, we joined our friends for an evening meal at Queans once again. As ever, we were met cheerfully and with a warm welcome, the staff swiftly taking our damp coats and umbrellas away. The ladies are always lovely, making us feel at home.
We were quickly seated at our reserved table in the cosy and intimate basement room. Though not full, there were enough customers to give lend a pleasant atmosphere to the restaurant without overwhelming one another with the noise of conversation. At Queans you don't have to raise your voice to enjoy a diner conversation.
Rather than go over the same ground as my previous reviews, suffice it to say that the team looked after us well. I thoroughly enjoyed my sun-blushed tomato and garlic pate (with a sensible quantity of lightly toasted bread) followed by a tender and delicious lamb main. No dessert for me, but a nice Cointreau to finish after sharing a bottle of mellow Merlot during the meal.
We had a very pleasant evening, enjoying our occasional chats with Laura when she came out of her 'office' to take orders and check up on us. We enjoy the rare treat of our visits very much, especially as my wife knows she is in safe hands on the coeliac/gluten free front. It's not cheap to dine here, but we think it is worth it. Thank you to the small team for looking after us. We hope to see you again before another 12 months go by. 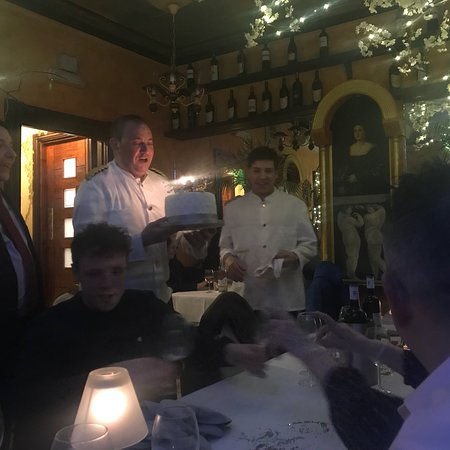 A little bit about us... Since its opening in May 2008, lovers of Italian food have made La Coppola the place to enjoy the best Italy can offer the discerning palate. Head Chef Jhun Mendoza and his team, conjure up dishes using only the finest and freshest ingredients, many sourced directly fromItaly, like the buffalo mozzarella from Campania, sun ripened tomatoes from Sicily and 24 month matured San Daniele Parma ham, with locally supplied fresh produce an equally important feature. Giacomo Esposito and his team will welcome you to your table and offer you specialities from our menu which will always include choices of fresh fish and seafood that have been sourced directly from the fish market on a daily basis. La Coppola also offers a unique atmosphere, with surroundings reminiscent of the Italian countryside together with echoes of best loved artistic masterpieces.

We staggered into the Mediterranean warmth of this restaurant from the cold wet night and were delighted to be given a friendly greeting by the Maitre D’ and immediately shown to our seats . Obviously our hosts were well known here as wine appeared almost immediately. Such a broad and enticing menu proved enchanting Reading but I was determined to try something I’d never had before so I ordered cold poached calves feet stuffed with raw tripe .Only kidding ~ I tried the Arancini , crispy rice balls with a creamy cheese stuffing delicious followed by Calves Liver cooked in Venice style served on a Madeira Wine Jus . Excellent but filling . We were suddenly aware that our taxi was outside ~ half an hour early so skipped the Pudding and went for coffee . What I especially like about this place is the fabulously over the top Italian interior. It’s brilliant and could cheer up the gloomiest of souls with its lightness of spirit . I would have no hesitation to recommend this establishment and it’s not too expensive ( especially when you’re not paying) 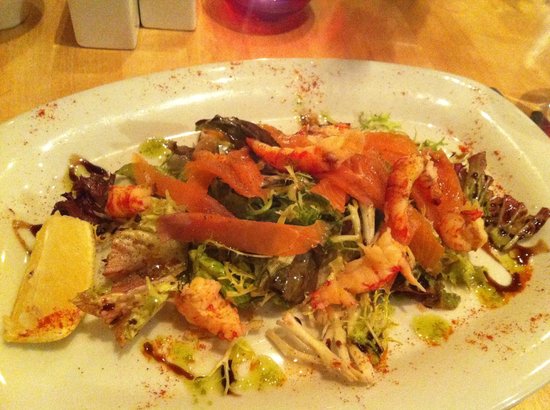 The food is exceptional. Well cooked by the Italian owner. Everything is fresh and well presented. Staff efficient and very friendly. Can only speak very very highly of this small friendly restaurant Eleven Restaurant is run by partners Mella and Jean-Christophe and since opening in 2001, it has gone from strength to strength producing Bistro style fayre in Leamington Spa&apos;s Old Town. Local Produce is used along side French ingredients to create a regulary changing Lunch Menu, and Evening A la Carte. Our Menu Terroir is a fabulous three course prix fixe menu at £ 16.50 And is available Tuesday, Wednesday and Thursday evenings. There is no hidden agenda, no cheeky fibs told about our food. We are independant Enterprise with big French influences and we are ready to offer you our heartiest Gallic welcome.

Greeted on arrival, made to feel welcome. Decor simple and straightforward but lovely atmosphere throughout. Excellent menu which made choosing something of a challenge. Well priced wine, water constantly refreshed all evening. Friendly staff. And when it was time to go a genuine thank you from the patron for our custom. 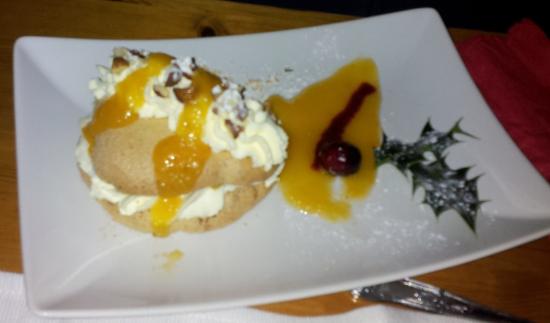 We have always had lovely meals at the Windmill, however to celebrate their recent and very tasteful refurbishment they have introduced new meals to their menu. The chef obviously takes great pride and care providing food any top Michelin starred restaurant would be proud to serve. The salted Sea Bass is out of this world and we can also highly recommend the Liver, Lamb Shank and Spicy Curry. It is a treat to eat. The Windmill deserves to do well. We will certainly be eating regularly there. Well done to you all. Lauren and Neil Harvey 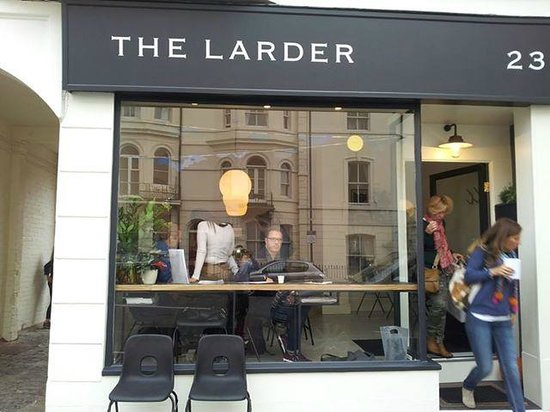 Our menu is driven by our love of food. As a family we have been inspired by many years of visiting markets, food stalls, bakeries & cafés both at home and overseas. It&apos;s something we all love to do ! We believe strongly in using local, independent producers whenever we can to create a table of food that is fresh, seasonal, healthy, colourful and just too good to resist ! Our salads, soups, savoury and sweet pastry items change on a weekly basis to reflect the seasonal availability of their ingredients. Other items will always feature on our table because we know that they will be very popular . To ensure that there is always an element of surprise there will be specialities on the table to reflect events from the calendar. Ours is a simple, honest approach. We hope you enjoy !

We came here after Reading the other trip advisor reviews. Staff were so welcoming and friendly. We shared a slice of squash, pecan and raisin cake which was deliciously moist and flavoursome. We both had a coffee which was OK but we wouldn't have said it was excellent. The food display however looked absolutely wonderful. There was an array of homemade cakes, quiches, and other inventive savouries, which all looked mouthwatering. We would definitely come back here again for lunch. 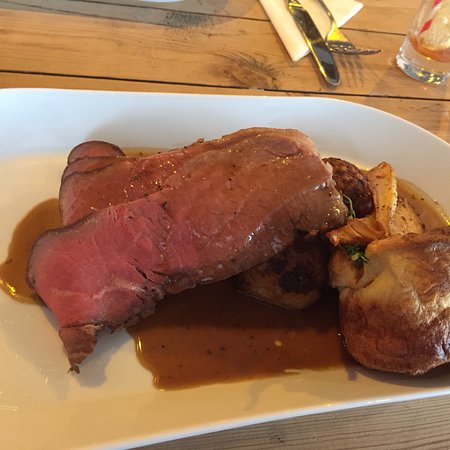 The Fox & Vivian is a small independent pub owned by Chef Matt, and front of house Catherine. They first took over the pub in 2010 with a simple wish, to create a warm, personal pub that serves great food. Since they opened they have not stopped tasting and analyzing every cut of meat that comes through the kitchen door. The menu is sourced locally and written daily so we can unequivically Guarantee only the freshest produce from both our butcher and greengrocer. We are Dog Friendly, so please feel free to bring your furry friends!

My husband and I visited last night and ordered a burger and a steak, both were very good quality and cooked to perfection. This place is small but perfectly formed with a lovely atmosphere and excellent service. Orders are placed at the bar but because it was busy one of the team came and took our order - he was really attentive and helpful. All in all a great night out in Leamington where there are far too many chains - this is a great place and well worth a isit. 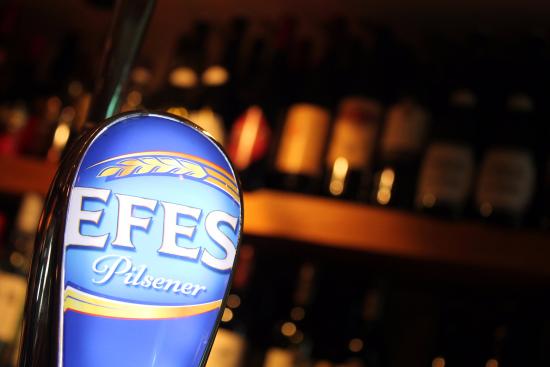 A very pleasant lunch!
We went for the set menu and were happily rewarded. The selection was all quite fine.
The Turkish house red wine was excellent and although the main course (lamb stew) was over-salted, it was very pleasant.
I can quite understand with the cornucopia of flavours, why this restaurant is voted 1st in the area. 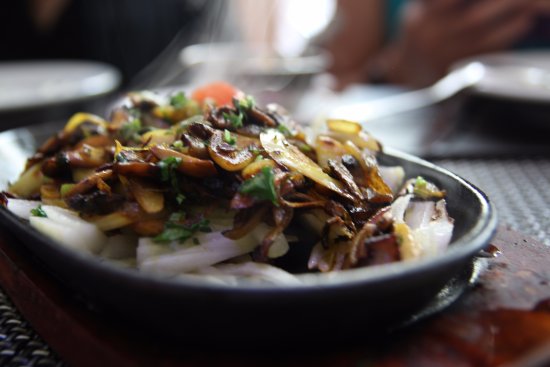 We selected this restaurant based on other Tripadvisor reivews for a group meal last Friday for 9 people during a weekend away in Leamington. We were not disappointed! The food was incredible [well done chef!], meat so tender and curry dishes were extremely tasty. The Naan Bread was so light and fresh. It was a beautiful meal and the staff were the most friendly and professional people I have experienced for some time. They made our group feel very welcome. Prices were reasonable for both food and drinks. Everyone commented that they had thoroughly enjoyed their evening at Millennium Balti! Only downside is that it is in Leamington Spa and not where we live in Stoke on Trent!! 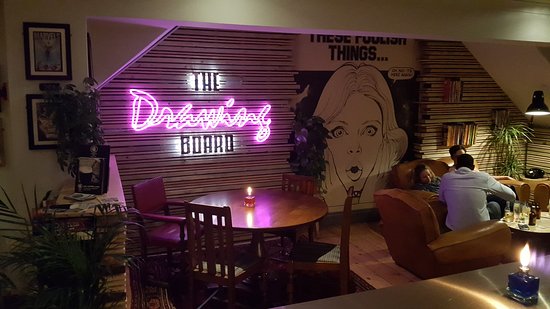 The Drawing Board is an eclectic, independent Free House with a good mix of ales, malts, crafts & wines. It&apos;s a relaxed family & dog friendly place to eat, drink & chew the fat

We ate here totally by chance because it's located across the road from the Spa Centre & it looked warm & inviting! Nice bar downstairs, with a good range of beers & great Seating area upstairs. Food was delicious, staff very friendly & ambiance spot on. Has won lots of awards since it opened recently, so well done! So I'll be heading back there soon!