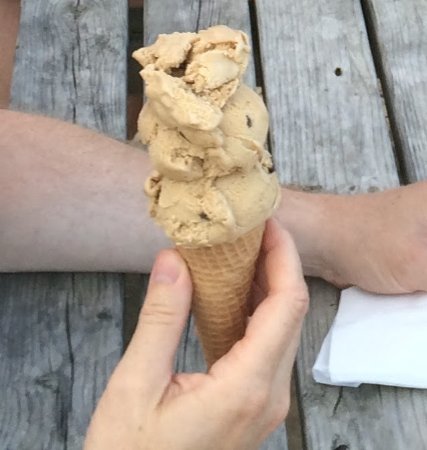 My wife is from Leamington and she wanted to relive some childhood memories here. This is a fast food hangout near the beach. It's a longtime Leamington tradition to eat here. This is a 50's style food stand, nothing fancy about it at all. Maggie had a foot-long hotdog and enjoyed it. I had a Hamburg with the works which was pretty good. The service from the young man behind the counter was exceptional. We topped things off with freshly scooped ice cream from the dwindling list of end of season offerings. The ice cream was tasty but not exceptional. I would eat here again. 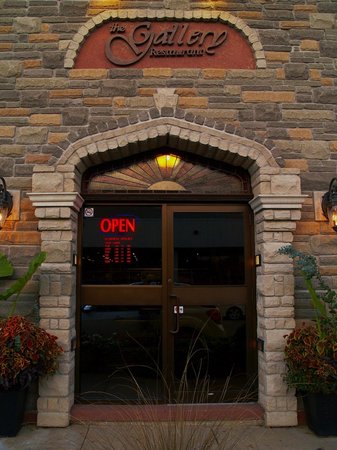 We are a family operation specialized in Portuguese home made cuisine, we do have Mediterranean dishes and some American also. All our desserts are home made. We do have facilities for meetings an group functions of up to 80 people. We do have an outdoor patio and bar with a Mediterranean theme and feeling. Our food is cooked to order. The Portuguese part of the menu is based on national and regional dishes and are as authentic as possible taking into account the availability of some of the products in our area.

Friends had bragged to us that they had a great dining experience at The Gallery in Leamington. So, armed with this recommendation, we decided to give it a try.
BAD DECISION!!!
Granted, the outdoor patio made for a great setting for a summer's evening meal. The plants are beautifully arranged and made for a romantic evening. However, slow service, overcooked salmon and hugely inflated prices. We commented to each other that perhaps the elevated prices were to help pay for the beautiful patio. We both picked away at our meals and decided to go to a local ice cream shop for dessert. When the waiter asked if we would like to see a dessert menu, I declined and asked him for our bill. As if to punish us for leaving before he felt we should, he returned with the requested bill a full 18 minutes after it was requested. Maybe he thought we would change our minds about dessert. No tip at all!!!
The ice cream at Sweet Retreat was well worth the wait. As for The Gallery...we won't be back. 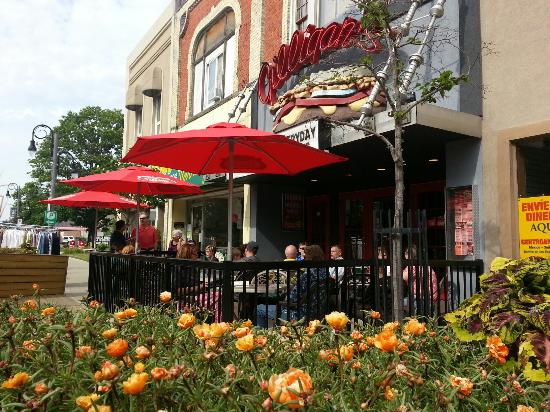 We were grateful they were open since many other eating establishments were closed on Labour Day Monday. The perch dinner was excellent but we were surprised it didn’t come with a side salad. I ordered the ribs/wings combo which did come with a side salad. The balsamic dressing was excellent. My meal was lukewarm so I sent it back and they made it right. However, it should never have come from the kitchen at that temperature. The Jack Daniel’s ribs were tasty and fall-off-the-bone tender but it was definitely the smallest “full rack” of ribs we’ve ever seen; more the equivalent of a half rack. Accompanied by FOUR tangy sweet Thai wings it wasn’t a great value. Cleanliness could definitely be improved; dirty fork and sticky table. Super friendly service. Probably wouldn't return. 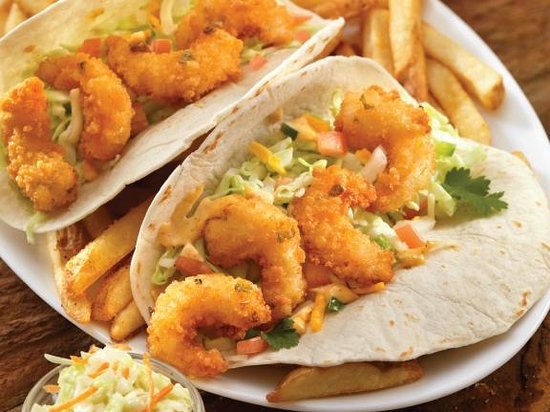 Welcome to Joey&apos;s Restaurants in Leamington - Home to Canada&apos;s favourite Fish & Chips. Whether you crave hand-cut Wild Alaska Pollock, Cod, Haddock, Halibut or Salmon prepared in trans-fat free Canola Oil, Joey&apos;s Seafood Restaurants has exactly what you are fishing for - outstanding seafood and shellfish including Fish Tacos, Shrimp, Crab, Calamari and much more. Experience Joey&apos;s signature Tartar Sauce and freshly prepared seafood sauce and find out what makes our light and crispy batter so famous. Discover our wide variety of soups, salads, wraps, sandwiches, chicken, ribs, ocean fare and desserts. With 58 franchises in BC, Alberta, Saskatchewan, Manitoba, and Ontario, check our map to find a location near you. Connect with our text club or e-club for rewards. Sea you soon!

Kim and Nelson Andrade have hit the magic formula: Great staff + delicious food+nice family atmosphere + customer care.
Recently, my family ate her and also got a large take out order for a family who had just lost their dad.
Everything was taken care of, even the custom requests with a smile and in a timely fashion, despite being so busy on Father's Day afternoon! EAT HERE!! 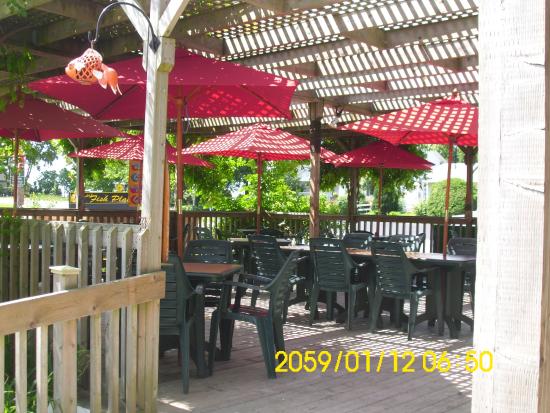 Have been going here for 10 years, the restaurant served all you can eat on Thursday ..so call ahead and check when they are running the special! Also call to find out when they are close during the week, or close for the season. Otherwise...MoreThank you for the wonderful review. I just need to ensure that everyone understands we do not have a salad bar. Thank you again. Paula 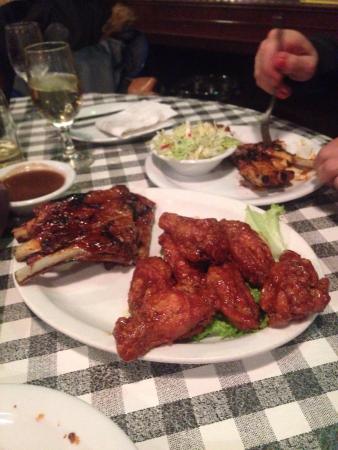 A real barbecue place. Good specials. Very friendly people. Local beer. The ribs were perfect. I also liked the wings. We ordered the wings to have first and they actually came out after we go the main meal. 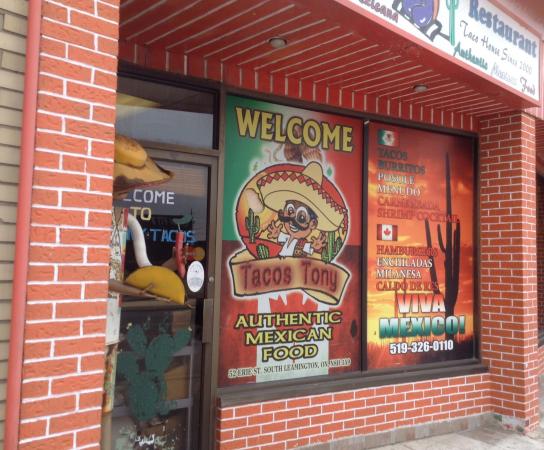 Tacos Tony is right downtown Leamington.
An extremely casual place with Mexican décor and Spanish TV programs on.
Pretty decent size menu with a lot of variety.
Keep in mind, this is traditional Mexican style tacos, not what North Americans think tacos are. Really fresh corn tortillas with your choice of meat, a little cheese, lettuce and cilantro and that's it. The way they are meant to be eaten. Try the lengua (beef tongue) if you are adventurous. It is like super lean roast beef - very good.
They have a salsa verde to put on your dishes that is unbelieveably good. We actually buy a tub to take home.
The burritos, are very good as well. Everything is very fresh and super quick to come out.
They also carry Jarritos (Mexican soda/pop) in a wide variety of flavors - try one with your meal.
Just a great place to get some very good traditional Mexican food. 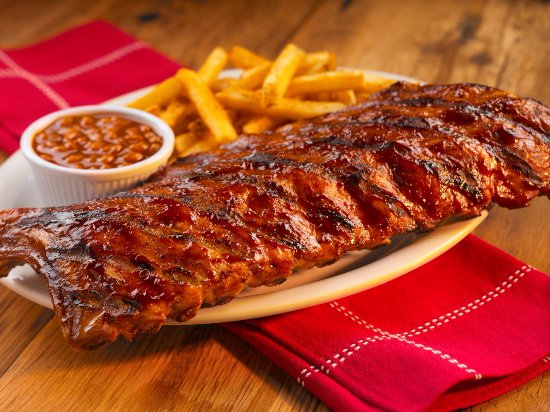 Over priced and small portions. Not worth the time. Better placed in the area to stop. Service was slow and place wasn't that busy to warrant it. 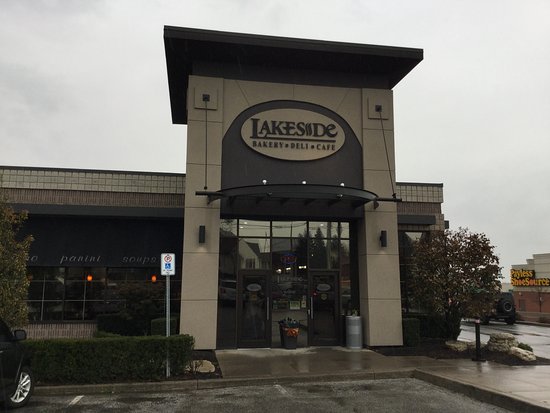 I did not eat at the restaurant I purchased baked goods to go. The selection of baked goods covers several windows and the selection is over whelming. I visited twice in one week while on vacation and cannot wait to visit again. I also purchased homemade bread and it literally melted in your mouth. The prices were so reasonable and I will visit this every time I visit Leamington

Wife and I stopped in for dinner after checking in to the Days Inn . There seemed to be a lot of confusion with the servers . Waited 15 minutes for drink order to be taken . After ordering food sat and watched other people who arrived after us order and get there food . After 45 minutes we asked for another drink and where our food was. Order didn't make it to kitchen . When we finally got food we were there 2 hours . To there credit our meal and drinks were comped . The food when we finally got it was quite tasty . Our server was very apologetic and seemed quite upset . We may return again but probably not