Kettering is a town in Northamptonshire, England, about 81 miles (130 km) north of London and 15 miles (24 km) from Northampton. Kettering is mainly situated on the west side of the River Ise, a tributary of the River Nene which meets at Wellingborough. Originally named Cytringan, Kyteringas and Keteiringan in the 10th century, the name Kettering is now taken to mean 'the place (or territory) of Ketter's people (or kinsfolk)'.
Things to do in Kettering

The Bell is a traditional style village pub with a twist. We offer a variety of services such as Sunday Carvery from 12:00 PM - 5:00 PM !!! Evening A La Carte menu which is served from 6:00 PM - 9:30 PM from Tuesday to Saturday. Lunch is also served in between the hours of 12:00 PM - 3:00 PM with selection of cold and hot Buffet , Bar Menu and Special Black Board

No complaints, we had a good lunch served by friendly people. Nice choice of beers on tap too. Good, attractive decor makes this a modern country pub albeit in an old building.
There seems to be a good choice on the menu although we were there at a lunchtime so probably even more in the evening! We didn’t have the buffet but it looked superb.
This is one we will try again. 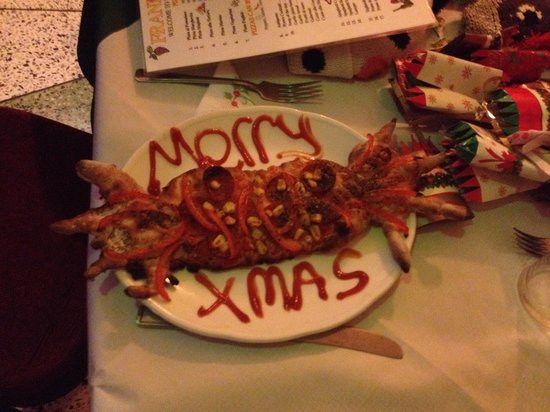 We visited Franks after hearing lots of people singing its praises and weren't disappointed.
This place lets the food and service do the talking. Look beyond the decor and you will find delicious food, cooked to perfection with fresh ingredients all topped off with good service.
We visited with two adults and two children (6 and 11). For starter we shared the antipasto, which was sufficient for four and followed with three pizzas and a carbonara.
The pizzas were lovely with crisp bases (far better than the usual soggy based high offerings). My daughter had the English pizza which tastes amazing with the Cheddar cheese!
Overall a great experience! 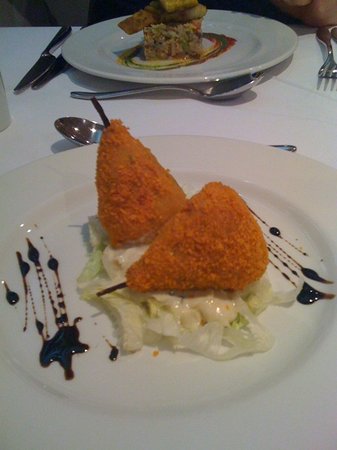 Fusion food indian restaurant, a nouvelle cuisine. Exquisite tastes and impeccable presentation. Catering for all tastes, mild yet tasty to spicy and exotic.

Took some friends who haven’t been before and we all left very very happy.
Very different dishes on offer here to your regular Indian Restaurants, Goan influence noted, I had a The Maisuri masala dosa with a lentil curry, a rice pancake stuffed with delicious curried potato which was excellent , followed by the Hara Murgh curry which was spicy but also delicious, my partner had a white fish curry which again was delicious, nice to see different rice dishes on offer and different Indian breads... a must visit, they cater for everyone. A big Thank you to the Exotic Dining management and their team for a very enjoyable evening. 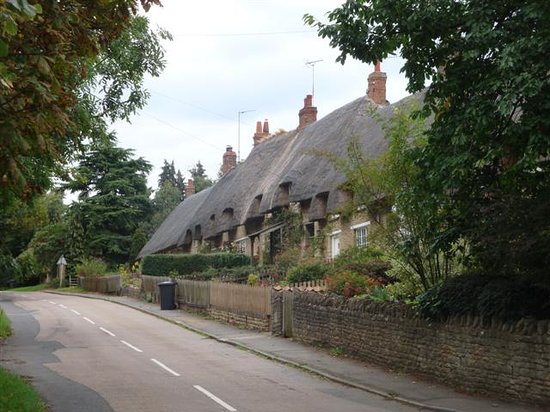 So pleased my friend suggested going here what a gem. Situated in an old forge with Seating inside and outside. It is a beautiful building in pretty village setting.
We ordered tea, coffee, cake and milkshakes. All lovely.
The staff are pleasant and friendly, service was quick.
They also served breakfast, lunch and snacks.
They even have events on some evenings.
Definitely worth a visit.
I will be returning. 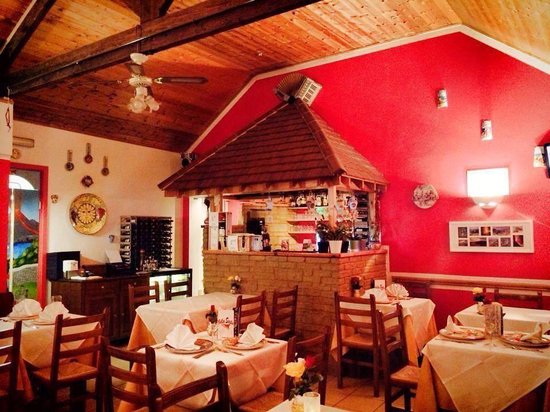 Having just arrived back from the USA we didn't feel like going shopping or cooking. So a quick call to the restaurant and space was available. As always a great welcome with an ideal table for two. The food was just like we always have, exceptional and the new choices of wine complemented the food beautifully. Cn always rely on the restaurant to come up trumps. 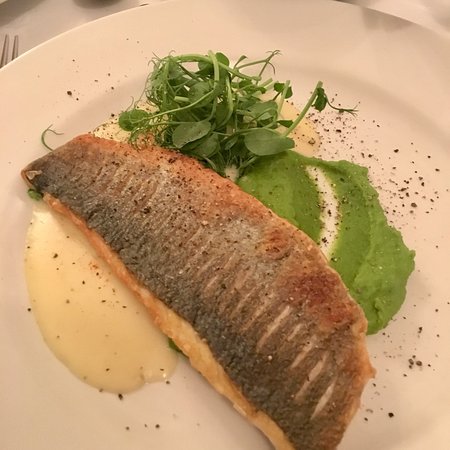 Another fantastic meal at Palmichael. We were a group of 12 and the restaurant was very busy - for mid-week in January, it's obvious that Palmichael are doing something right. The service as always was friendly and professional and the food absolutely first rate. We often go for the “Leggero” menu which offers amazing value and always has something that appeals. However this time we went a la carte and everyone was impressed by the taste of their chosen dish. I went for the Fettuccine di Mare – Fettuccine, tiger prawns, calamari & langoustines with garlic, chilli & cream sauce - absolutely delicious. Can't wait for an excuse to go again! 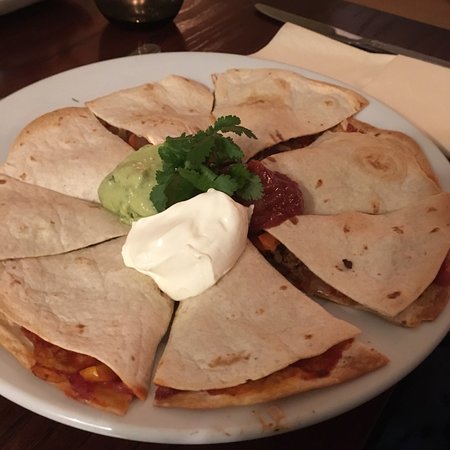 The Three Cranes has ceased trading as of March 19th. thank you for all your support throughout our time here. we apologise for any inconvenience this may cause!

This is a restaurant we attend regularly and felt confident enough to suggest it as a location for Xmas Dinner for 18 of us. They didn’t let us down. Wonderful lunch. Never rushed despite us being the last to leave and then a wedding proposal too! (She said yes!)
Excellent food, staff and owners. Definitely worth travelling to. 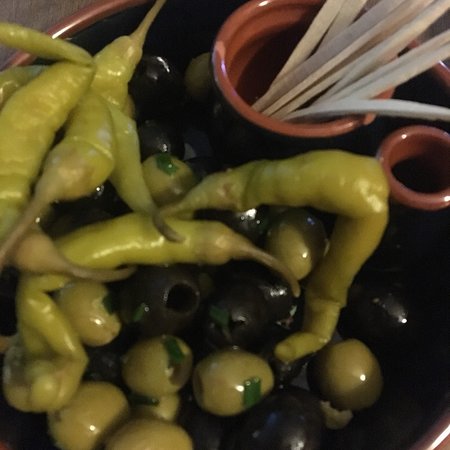 Kafe Bloc is a quirky, independent restaurant/coffee shop/bistro cafe, serving a wide variety of delicious food and drink, inspired by the best of British and Mediterranean Cuisine! We use the best quality ingredients, sourced locally and ethically wherever possible to produce a menu full of flavour. Located in Kettering&apos;s Cultural Quarter, we are ideally positioned in the beautiful Piccadilly Buildings at the edge of the Town to serve locals and visitors, and we look forward to welcoming you with a warm smile and a cheery hello!

Popped in for a coffee and morning snack. If there is a more friendlier cafe owner than this lady, then I've yet to meet them! Great banter, delicious coffee, tasty food and great decor. We even had a chat about her passion, The Darkness and...MoreThanks for your review! It was great to welcome you at Kafe Bloc.Red and I are passionate about what we do, - we're so pleased you appreciate it! Thanks again. Tony The Blitz Tea Room and Jazz Lounge takes you back to during the Blitz in the 1940&apos;s. 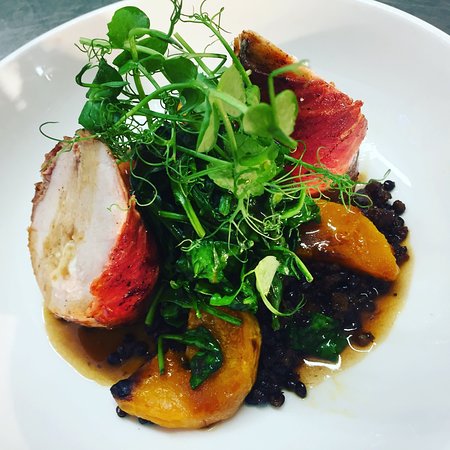 The Red Lion is at its heart a village pub with an excellent food offering. We have a traditional classic bar menu, an al a carte menu and a fantastic Sunday lunch all from our award winning, Michelin Star trained chef. We are located in the picturesque village of Cranford St John in Northamptonshire, and within easy travelling distance of Thrapston, Oundle, Kettering, Corby and Wellingborough. Situated in the heart of Northamptonshire, the Red Lion is ideally suited for walkers with the Hills and Dales Country Park close by and Nene Valley way within easy striking distance. Well behaved dogs are welcome in our Public Bar and you will find doggy stations by the front door to clean up after muddy walks. Pub opening times are below, please see website for restaurant times

I had a three day stay here during the snow of the best from the east. My main reason for choosing it was the Good Food Guide recommendation and I was not disappointed. Although fairly simple, every course I had was excellent. The service team are very good indeed - far better than one often finds in pubs.
The room was good - quite simple but with everything one would need, including a large TV, modern bathroom etc.
I will most certainly return.