Hyeres in France, from Europe region, is best know for Reservations. Discover best restaurants in Hyeres with beautiful photos and great reviews from traveller around the world here!
Things to do in Hyeres 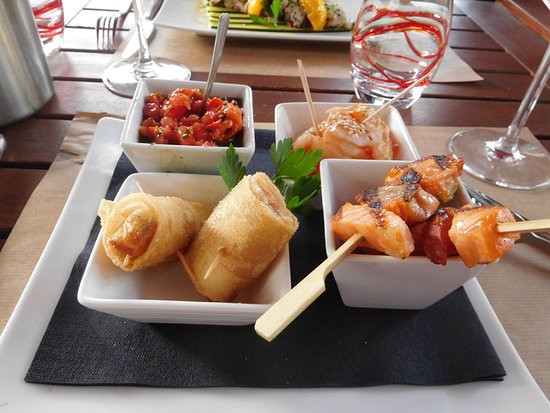 Go here! You will not be dissapointed, Beef tartar=excelent! Fish tartar=excellent! Filet mignon=excellent! French fries=the best in the WORLD! Great service, reasonably priced, all in all a great deal. DO NOT MISS THIS PLACE! 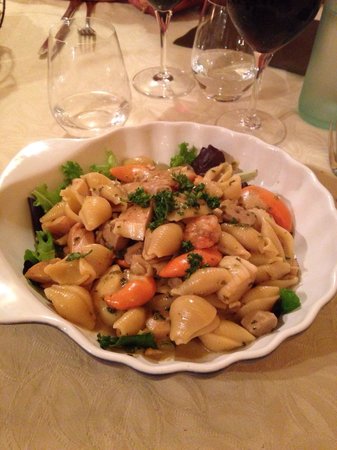 Of all the restaurants I have been to in Hyeres this was the most disappointing. The food was average and the atmosphere non existent. The decor needs sprucing up. Dissapointing 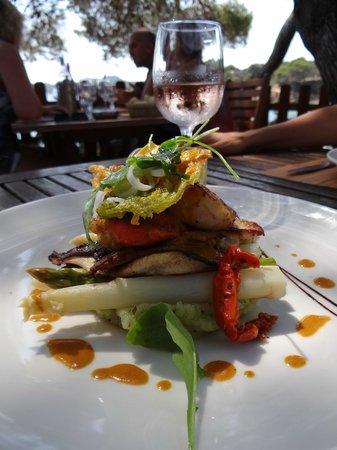 This place is a true gem. At the end of a long dirt road, the restaurant is really secluded. You're seated by the sea with almost no building in sight. The menu is mostly based on seafood and all we had was excellent. Dress appropriately as it is a beach restaurant (a bit dusty).

We visited this restaurant on a wet lunchtime and, having read previous reviews, our expectations were high. The staff were welcoming and the decor, with lots of cleverly displayed driftwood, was pleasing. The unfortunate choice of frenetic rap music as a background to the meal did nothing to enhance our experience.
From the limited 'Carte' (no set menu available), we chose a New Delhi salad and an Assiette Asiatique. Each dish was nicely presented and the various Asian specialities were quite tasty, apart from the chicken on a skewer , which was tepid and tasteless. The salad itself was unimaginative and too dependent on a mound of dark green dry leaves.
For desert we chose the cafe and tea gourmande both of which contained three small helpings of sweet things: a chocolate cake (very average and rather dry), a lemon custard with a strawberry coulis topping and a well prepared and delicious creme brûlée.
The bill for two, including one orangina came to 52 euros, a little on the high side for an unremarkable lunch. 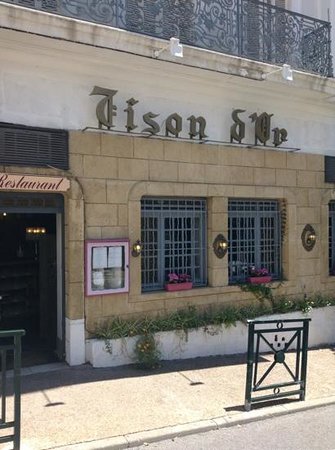 We had lunch today at this restaurant, menu formule - 15 euros, ......it was the best lunch we have had in the South of France in 6 years. The food was beautifully presented, delicious and the ambience of the restaurant a delight. There was no outside Terrace but eating inside was perfect on a hot summer's day. The friendly owners made us feel special and cannot wait to go back when we are next in Hyeres. Parfait ! 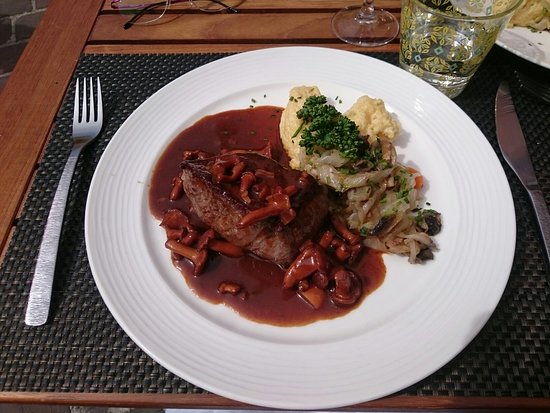 A small place in a cave-type space, away from the crowds. Very cute, perfect ambiance.
The food that could be chosen with the 'menu' was very good. The meal that was the 'plat de jour'
was OK (well, it was also much cheaper). It's worth going once. 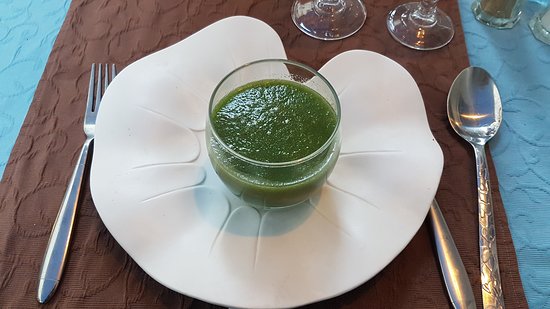 Just wanting a light dinner we walked along Rue de Limans to find something. This evening is very quiet and calm, so most restaurants are closed. Went in to this small hole in the wall and had a very nice "lotte" with potatoes, saffron, fennikel and a baked tomato. The fish was well prepared, some bacon around it and the vegs nicely placed like a decoration. Staff was very friendly. 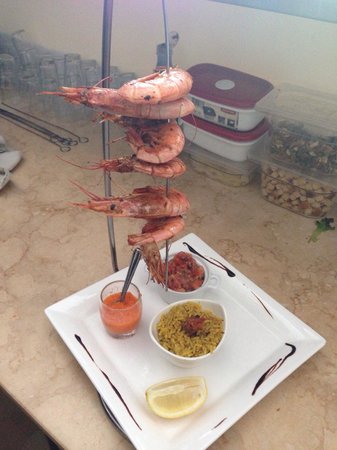 We ate at Chez Jo yesterday. The food is simple. Grilled fish and seafood. We had the brochette and also the chef speciality mixed fish platter. Both very fresh. Delicious. Prices are good. €16-19 per main course. Only one appetizers/apero which looked like good value for €10 - plate of mixed seafood, bruschetta and such plus one drink. 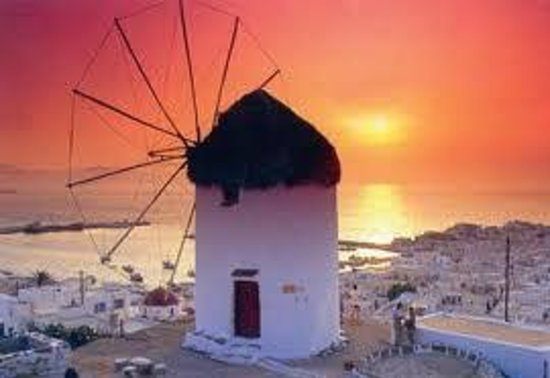 Although we love French food, after 7 weeks of being in France, we were in a mood for something different, particularly since we are from the San Francisco Bay Area, and eat various ethnic food frequently. Le Moulin de Mykonos got great reviews, was ranked third in restaurants in Hyères, so we thought this would be a great find.
However, we were very disappointed. My wife had wanted to have the big mezza, although I was concerned it would be too much food, and also I like to get different meals, so if one is not so good, the other may be, and it increases your chance of having a decent meal. The big entree was variable. I really enjoyed the dips, the hummus, the yoghurt, the egg plant, and the fish roe. The stuffed grape leaf was OK, as was the Greek salad, not great, but edible. However, the spanakopita was made with a pastry dough, not filo dough, and was sort of gummy and didn't have much taste. I could only eat one bite. The meatball was also sort of mealy like it had cereal in it. The worst, however, were the main courses. The brochettes was made of pork, not lamb, like almost every other Greek restaurant I have gone to. In fact, there were no lamb dishes on the menu. The pork was incredibly dry and we could only eat a few bites. The eggplant dish also was lacking in flavor and texture. I don't particularly like ourza, so I can't comment on its quality. I had the tarte tartin, which had a nice flavor, but the crust was soggy.
We went on a Saturday night, so couldn't find on street parking, but used the indoor garage. Around the corner at Gambetta. We had made Reservations, and although there were several empty tables, the hostess turned down several walk-ins. She was the only server, and she was really hustling. She was quite warm and gracious. The tables were widely spaced, somewhat unusual in France. The decor was rather blah and it was very warm inside.
All in all, I was very disappointed and would not recommend this restaurant. 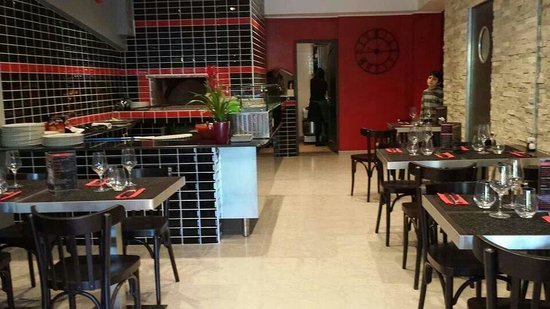 I went in the afternoon and the service was okay, but the pizza was fantastic! We had the Lucia pizza, which I highly recommend!