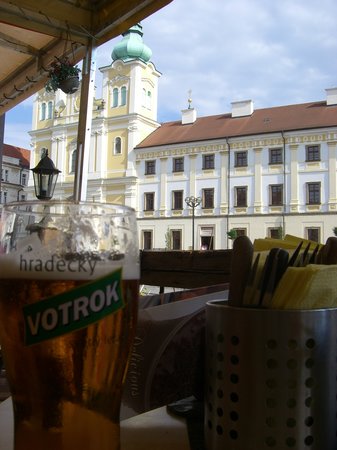 Reviewed By Denis A

The location of the mexita is fanatstic. You will merely find a small green door as the entrance to the massive catacomb-like tunnels underneath the city center. Brick formations and a confusion architecture are the essence of the cellar. The mexita offers a wide range of mexican and italian dishes. The meals are generous and come at a very fair price considering the quality. 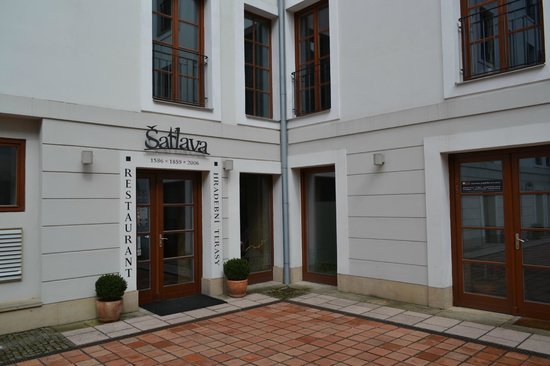 Most tables are out the back, in the conservatory or on the Terrace, overlooking the park below. Very professional staff. We had a glass of the house red wine each which had a good flavour (we didn't really want more at a lunchtime, and the bottles were significantly more expensive than the house wine). For starters we had the pea pannacotte with trout and the goats cheese, both were good (the pea pannacotte excellent). For mains we had the duck breast (nice enough, but not as nice as the duck leg we'd had elsewhere) and the beef in the Czech creamy sauce. The sauce was not too creamy, good flavour, and it came with good slices of beef, and big sturdy dumplings. The duck came with a plum sauce and lots of potatoes. The main courses were very filling, so we didn't have room for dessert. The Terrace is a very peaceful place to sit and eat. 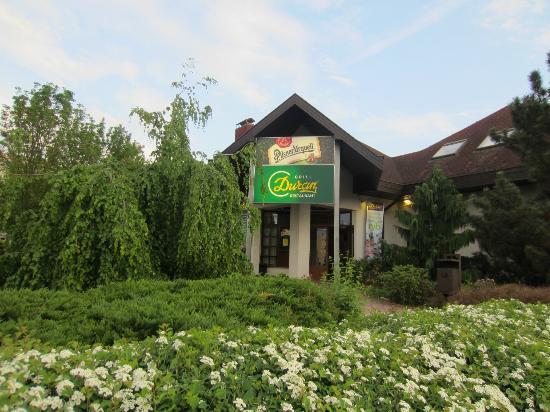 We celebrated a family occasion with small children, therefore we reserved a lounge bar (the reservation is FREE OF CHARGE) to have privacy. The service was quick and of high quality, the meals were good and very good, atmosphere was pleasantly cozy.
I can really recommend this restaurant! 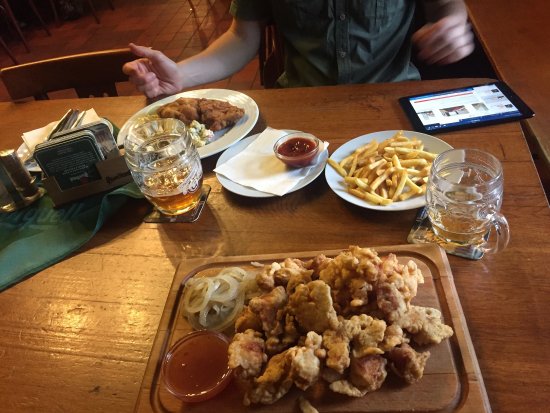 This small Czech pub has excellent food. The duck breast that I ordered was extremely tender and came with three nice potato pancakes, all in a light gravy with chopped walnuts. The breast had only a slight bit of pink color, so at first I thought it might have been overcooked, but in fact it was perfect; better than most duck dishes I've ordered elsewhere. I also had their cabbage soup, a large bowl with nice slices of sausage and a dollop of sour cream, and I washed all of this down with a Pilsner ale. The menu featured everything from pub appetizers to full entrees and desserts; it was available in English (and I imagine other languages as well). Delicious food and a chance to try the local fare, located very close to the historic main square. 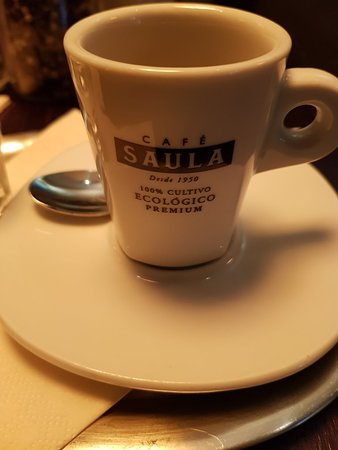 This restaurant in the heart of the historic city center is a great choice if you really works hard at what you eat. All dishes are prepared predominantly from raw materials and products from local farmers, which means they are always fresh. You can choose from a seasonal menu and daily menu. The restaurant also offers breakfast, in which you can enjoy great as differently from locally roasted coffee. Also you should try tasty desserts which are produced directly by the restaurant and delicious organic and homemade lemonade. If you like wine, there is several choices to taste the good czech vine. 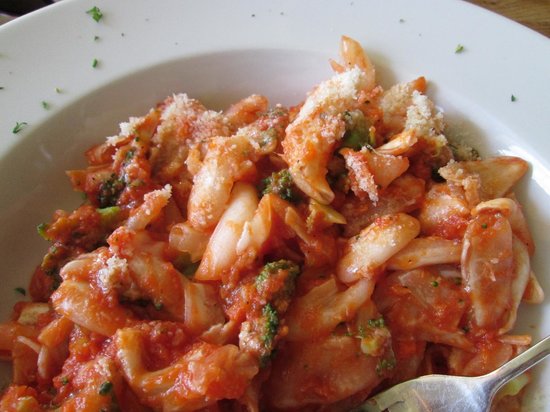 After struggling to find vegetarian or gluten-free options in Hradec, a friend showed me this place. Wonderful! Delicious, light pasta dishes, with a gluten-free pasta option. And if you're dining with friends who eat meat, there's also plenty of pasta dishes with meat. All pasta dishes come with a choice of pasta. The service is good, and the atmosphere relaxed— and it's just off the main square. 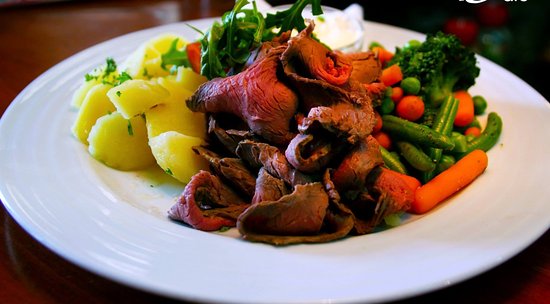 Sport cafe has a standard quality,it has a wide variety of options. Would strongly recommend their pizza or their pasta. Friendly atmosphere and stuff. Great service. Perfect for summer as well,you can enjoy your meal or your drink outside.

Great place to meet your friends and enjoy our chef´s special dishes every day! At our restaurant you can refresh yourself with great international cuisine with best wines from all over the world. Park Golf restaurant is ideal for organizing teambuildings, family or bussiness dinners, even wedding receptions.

We were guests of the hotel, and during the night we had a dinner, and next day the breakfast, really exceptional, the food was great, as well as the fresh products they used, for the salads in the night, and the fruits, yogurt, bacon, eggs and so on of the breakfast. 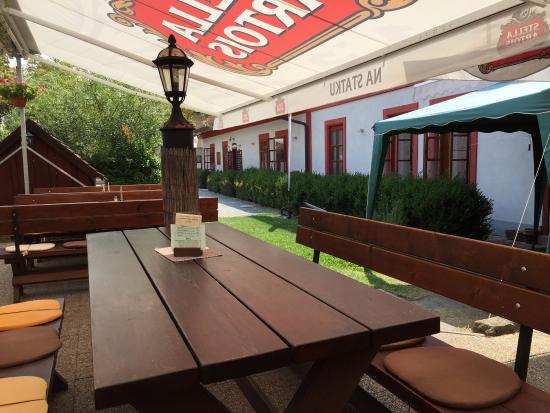 A very nice setting in an old restored building with old farm implements as decorations.
The food was very good and complimented by excellent service. I especially enjoyed the Sour Kraut soup as a starter. Easy parking off the street with an out of the way entrance from the car park.
I would highly recommend this restaurant for a quiet dinner but the positions of the tables does not exactly provide privacy. Prices seem to be comparable with the quality of the food. Not recommended for children. 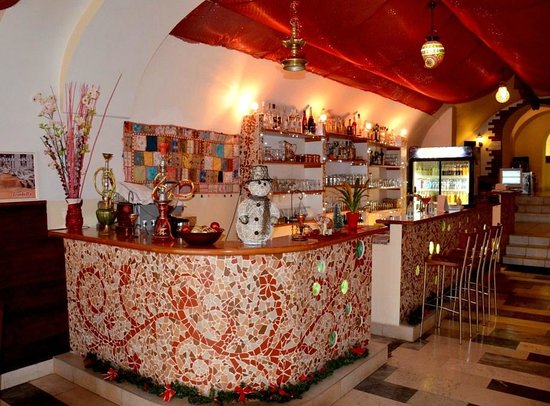 In general, I am very sceptical about international restaurants outside of big cities and far away from the cuisine´s homeland. This place radically changed my opinion. A lot to choose from, starting from hot to rather creamy and soft meals. And the taste is a wow moment by itself! Discovered many new flavours, as if my taste buds won a lottery. Recommend this place for a lunch/dinner, but you´d better make a reservation.