Hagen (German pronunciation: [ˈhaːɡn̩] ( listen)) is the 41st-largest city in Germany. The municipality is located in the state of North Rhine-Westphalia. It is located on the south eastern edge of the Ruhr area, 15 km south of Dortmund, where the rivers Lenne and Volme (met by the river Ennepe) meet the river Ruhr. As of 31 December 2010, the population was 188,529. The city is home to the FernUniversität Hagen, which is the only state funded distance education university in Germany. Counting more than 67,000 students (March 2010), it is the largest university in Germany.
Things to do in Hagen 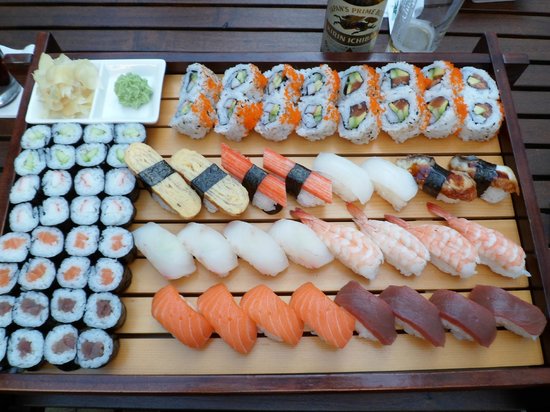 The sushi were good, if you have no reference. If you travel you find better sushi everywhere. For a worker town like Hagen it was much more then we expected. We will come back.

We visited this restaurant based on tripadvisor reviews, after visiting a museum in Hagen. The owner welcomed us as if we were part of the family! The restaurant is unexpectedly cosy and colourful, which is in contrast with the grey-ish residential area. Not more that ~35 Seating places. We had a shared starter (antipasto misto), which looked very good on the website. This was good, although a bit small for 2 (and for the price), additionally odd ingredients such as surimi have no place in an italian starter... As main courses, we both chose from the daily specials: I had a pasta with italian salsiccia (with fennel seed), and my husband had the recommended lamb with rosemary sauce: this was to die for: tender and delicious, and came with one of his favourite vegetables: chard (=coste). My pasta had a very nice tomato sauce and the italian sausage was fresh and authentic, but didn't blow me away. We then shared a tiramisú, which was really excellent. The house wine was also nice. All in all a very nice evening, we would love to try the pizza if we are in the area another time. 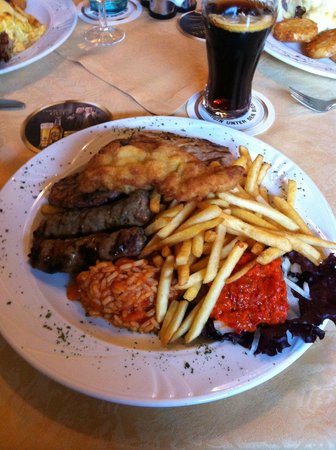 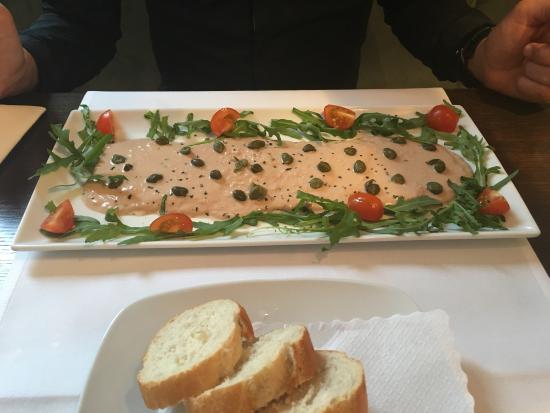 We have visited Novy's several times and were always content with their Asian influenced cuisine; you can can get Arabian tastes as well. Bute what is most impressive - besides a good wine list - is their great selection of mineral waters, not only several German sprudels, but waters from all over the world. I'm not sure if you can find out any differences - but it is a big pleasure to try it. 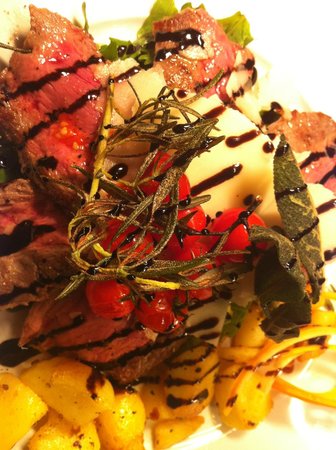 This place was recommended by the hotel receptionist and was not part of a small group of restaurants near the hotel (Mercure Hotel Hagen). It was fine from the outside (another typical Italian restaurant) but I was a bit miffed by the service: I had to wait for a menu (they offered me a beer) then I had to wait to order the food and then I had to wait for the food. I ordered proscuito to start and was virtually given the restaurant's entire stock of the stuff (miles too big a portion) and then I ordered a side salad and a pasta dish with langoustine. The side salad was miles too big for one – three sliced tomatoes and mozzarella the size of a tennis ball. The pasta dish was fine. What annoyed me was the portion sizes. I was dining alone but I could have fed three people. What a waste. The whole thing was 43 Euros – and they didn't deserve a tip. 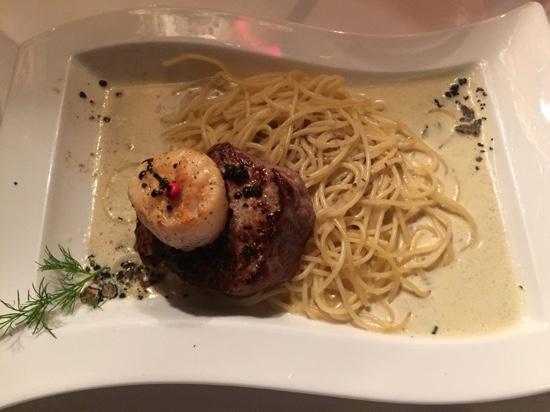 Dresel is a FIND. It is located in the middle of Rummenohl, a very small little village in a scenic part of Sauerland. It used to be a sleepy hotel with a nice restaurant. It had a fire and is now truly a gem as many millions of dollars have obviously been spent on updating and refurbishing the place. We stayed in room 16 which was equipped with an absolutely incredible bathroom, complete with a soaking tub for two, a rain shower, and an assortment of bath salts and towels allowing one to make maximum use of the place. While the bed was comfortable, it is obvious most of the money has been spent on updating bathrooms, curtains, etc. But the story does not end there. There is a truly wonderful bar in the basement, completely redone and sophisticated and charming enough that you could be in the best bar in Berlin or Frankfurt. Big easy chairs combine with a nice vibe and good drinks, complete with a nice single malt selection not seen too many places in Germany. There is a huge outdoor area where you can eat and drink in the warmer months, and breakfast which is complementary is served in a light filled room where the Sunshine shines through driving away winter outside. Breakfast was prepared to order along with a great selection of rolls, yogurts, fruit, etc.
Service at the front dest was efficient and enough english spoken. Cost was a very fair 119 euro.
This is a wonderful place to spend a night or several nights. The room is equipped with a nice notebook describing fully the area and several nice hikes or walks should you be so inclined.
The restaurant is first class and amazing for this little village. Service is a bit retarded and in need of training, but food is outstanding and equal to the best of Duesseldorf or Cologne standards.
ZB 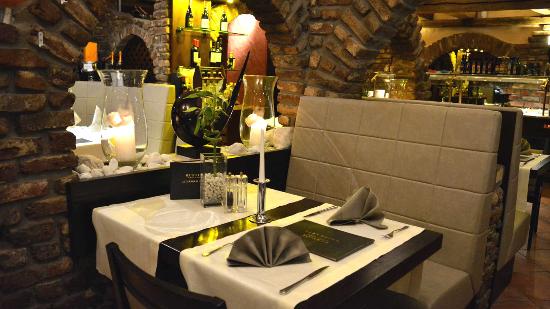 Free salad bar with good selection. Menu has lots of choices at around €20-€30 average. Fillet steak, gentleman's cut was exceptional. Desert menu also good. I can honestly say that was the best apple strudel I've ever had. Staff gave extremely good service. 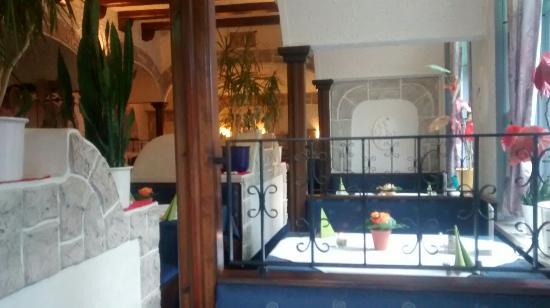 Very good greek food for a fair price. Very friendly service. Will come back here for sure next time I am here . 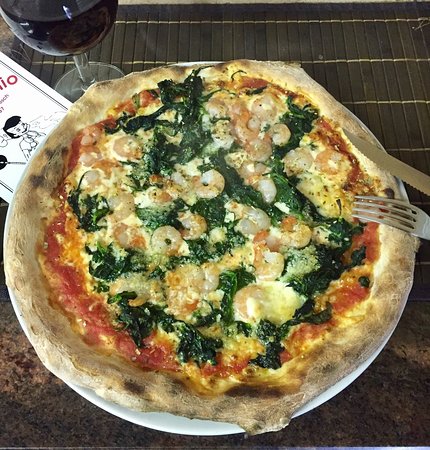 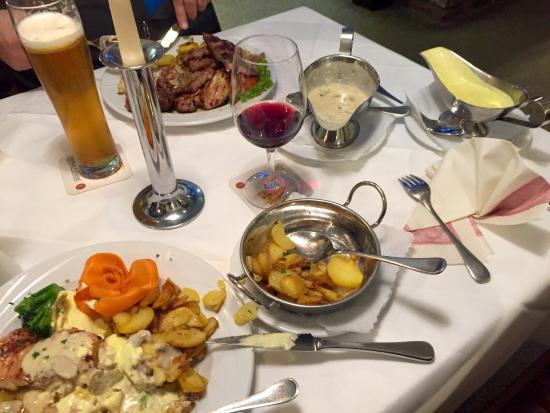