Famagusta /ˌfæməˈɡʊstə, ˌfɑː-/ (Greek: Αμμόχωστος locally [aˈmːoxostos]; Turkish: Mağusa [mɑˈɰusɑ], or Gazimağusa [gɑːzimɑˈɰusɑ]) is a city on the east coast of Cyprus. It is located east of Nicosia and possesses the deepest harbour of the island. During the medieval period (especially under the maritime republics of Genoa and Venice), Famagusta was the island's most important port city and a gateway to trade with the ports of the Levant, from where the Silk Road merchants carried their goods to Western Europe. The old walled city and parts of the modern town presently fall within the de facto Turkish Republic of Northern Cyprus in Gazimağusa District, of which it is the capital. It is also notable as the birthplace of the eponymous hero of the Renaissance proto-novel Fortunatus.
Things to do in Famagusta 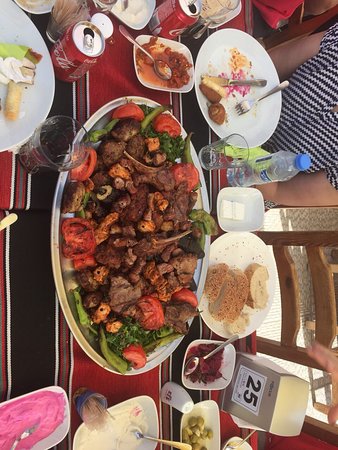 The restaurant was recommended by locals and we were not disappointed. We had a chicken and mixed kebab which was delicious ,however, you could easily have had one to share as the portions were very large No visit to the walled city of Famagusta is the same without a visit to this amazing shop... want a cake ? Choose from hundreds!
We enjoyed a fresh pizza, drinks and cake (you have just got to have some ;) ) and the price was really reasonable.
Friendly staff, good service beautiful clean surroundings.
I will be back ;) We went here following a recommendation from a guest in our hotel. 3 of us had the kleftiko which was a huge portion of lamb that fell off the bone. My husband had Moussaka. Beautiful food and as none of us had room for dessert the waiter brought melon followed by a shot of the local aperatif on the house! Warm hospitality and would love to return when in Pernera again. 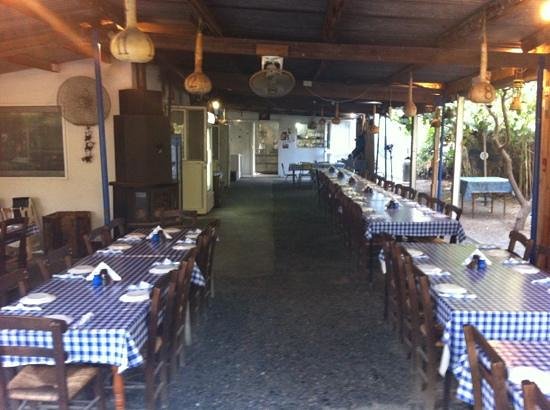 Having used this restaurant since the late 70's when Elena's parents ran it (I lived locally for a number of years). I was happy to find out that Nikos and Elena were back and cooking again (having rented the taverna out for a number of years). Everything is BBQ'd fresh, I too love the village salad and the Halloumi. The menu allows you to chose small or large portions..... and large means 'LARGE' (see photo)...if you are looking for a traditional rustic taverna with a warm family atmosphere and good food, then you'll love Chris's Kleftico (Louloudia restaurant) some people also refer to it as 'the Shack'. You write your own order on a note pad, you help yourself to beer / wine and keep the bottles on your table for the final tally up. Prices are excellent and the food can be cooked to your requirements. A wonderful Restaurant run by a lovely family...what more could you ask for. 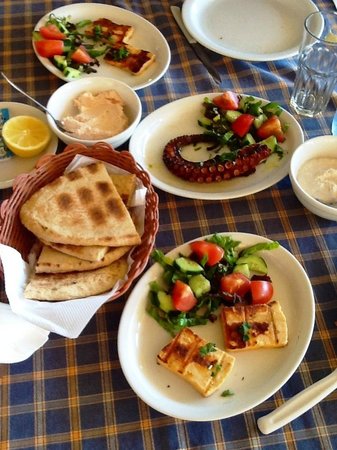 Excellent fish Restaurant next door to the Grecian Hotel in Cape Greco, Cyprus

If you are staying at the adjacent Grecian Park Hotel then a visit to Spariatis makes a welcome change from dining at the hotel. We had the fish meze which was extensive, and reasonably priced. Service was good, and location overlooking Cape Greco was stunning. 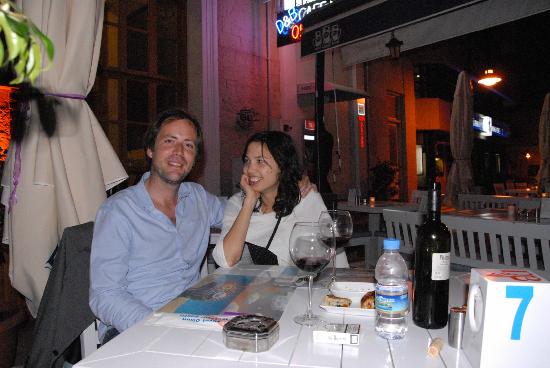 Visited here for pizzas and cold drinks and sat outside in the warm weather with family and enjoyed the whole experience. The staff are so friendly and helpful - nothing is too much trouble really. The prices are very reasonable and its location on the...MoreDear Ann H. You always welcome to our premises. Thank you for you kind review Kemal Devecioglu This nice restaurant which is located at Bogaz,at the sea side, is an exclusive place specially for having delicious kebabs & enjoy drinking. The place and environment is really nice, beside the mail road with exclusive parking, with a nice view of sea and its aroma. Your ceremony would be perfect when it is accompanied with live music. People could have their food out door or in door, while its out door area would be completed so soon as you could enjoy foods, drinks, sea aroma, and small harbor all with together simultaneously, too. The night you have been served at this restaurant would remain as one your most memorandum nights in your life. 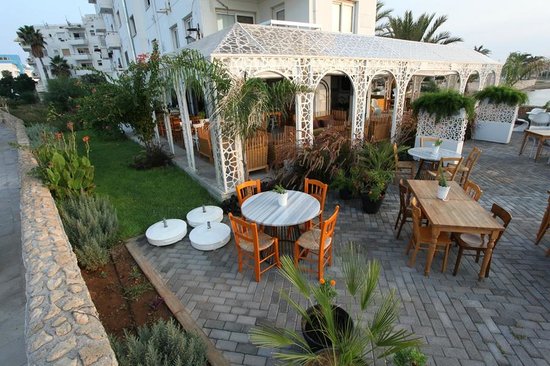 We visited last night. The location is overlooking the sea.There was a lovely cool breeze very welcome after a very hot day.My wife ordered the seafood plate 43tl and I ordered the mixed meat kebabs 45tl. The food was of reasonable standard. We ordered 1 large Effes beer and 2 glasses of white wine. Total bill 130 tl 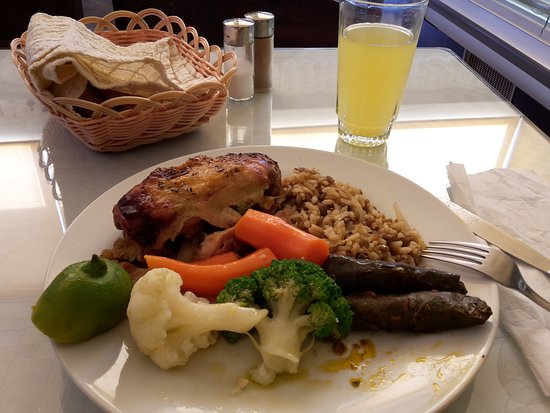 Decide to try this restaurant after looking at it on Trip Advisor. It is quite hard to find - go to the Lemar in the centre of Famagusta and then walk round the back of it and you will find this restaurant tucked away. Traditional Cypriot food with a changing menu and extremely friendly owners. There is home made jam to buy and other delights - we will definitely be going when we visit again. 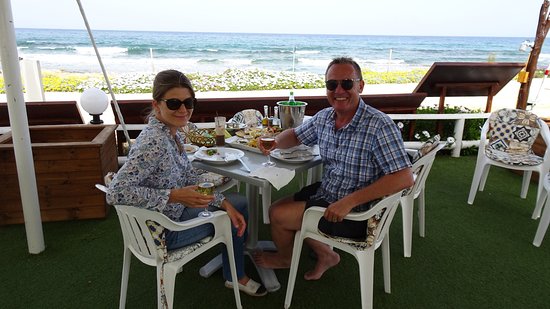 called into this really good restaurant twice whilst staying in Protaras.first time tried their really good value toastie deal....the usual cheese and onion or ham or tomato accompanied by tortilla crisps ,tomato and cucumber which cost only 1.95 euros but the second time we went a bit better...huge burger,chips,salad and dips,plate of Cyprus delicacies for two plus a portion of the best chips ever...a huge dinner plate size full and a plate of cheesy garlic bread which was delicious.great location with lovely sea views. we were staying all inclusive locally but this food was the best we had over the two weeks we we there. spoke to the owner who is a really nice guy and his staff were too.we also had a good ice cream cone...loads of flavours..... from the kiosk next to canes and owned by the same guy.