Doncaster (/ˈdɒŋkəstər/ or /ˈdɒŋkæstər/) is a large market town in South Yorkshire, England. Together with its surrounding suburbs and settlements, the town forms part of the Metropolitan Borough of Doncaster, which had a mid-2016 est. population of 306,400. The town itself has a population of 109,805 The Doncaster Urban Area had a population of 158,141 in 2011 and includes Doncaster and neighbouring small villages. Historically part of the West Riding of Yorkshire until 1974, Doncaster is about 17 miles (30 km) north-east of Sheffield, with which it is served by an international airport, Doncaster Sheffield Airport in Finningley. The metropolitan boroughs of Barnsley, as the county town, Doncaster, and Rotherham, were created in 1974, and incorporated with the city of Sheffield into the metropolitan county of South Yorkshire.
Things to do in Doncaster 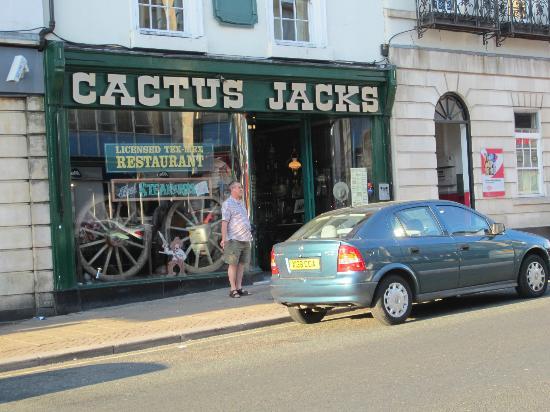 I agree with the other reviews about the atmosphere/ambience. Especially when visiting with kids, it is fun for them to sit "in jail". The food was not the best for me, though. 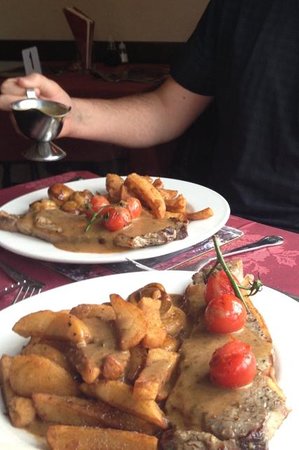 Nice cosy welcome in the bar area. A little outdated in the restaurant and quite cold but the food was lovely. Highly recommend the fish bites for starters! My steak was a bit chewy but everyone else's was nice. Huge portions so make sure you're hungry! 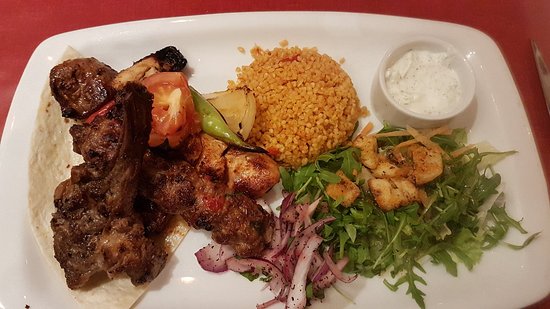 Went out with family and friends for an early evening meal. Lovely little resturant staff very pleasant couldn't do enough for you. As for the meal so much variety freshly cooked you can see them cooking. Mezza starters were very tasty with bread Turkish kebabs really good. Would recommend anyone to try this resturant would definitely go again 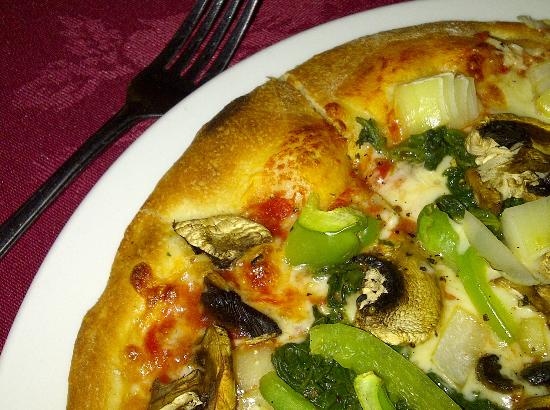 Second Review here, and Still an awesome Restraunt. Staff are very polite and certainly make you feel welcome and part of the family. They offer special meal deals throughout the week, including buy one-get one free before 7pm. Ideal if you don't fancy turning the oven on at home! Disabled facilities are ok with access friendly toilet downstairs. It is a little cramped on busy days, but the staff really went out their way to make sure our wheelchair user had plenty of room. There is sadly no disabled parking spot. You can park outside the door which is perfect, but if it's busy it's usually taken. Nice array of Italian lagers and beers. Wines and spirits, all reasonably priced. Meals are all cooked to order, so don't expect it instantly especially if it's busy. It is nice to watch the chefs at work through the large open hatch. They are quite chatty, and always make time to speak to you. Starters arrived and were hot and well presented. The timing is good, and your not left hanging about waiting. The mains arrived and again were superb. Good cross section of food from Veal, to Steaks, pizza and Stroganoff. All were delicious and the vegetables were really tasty and fresh. We were just about stuffed, but you can't say no to a delicious sweet to finish off. Overall price is on a par for quality meals elsewhere.
The establishment is located just outside Doncaster on the main York Road (just off) and is a little tucked away. But once you've been you won't forget. It's clean throughout including the kitchen that you can see into. Warm and softly lit for those romantics among you! Sadly no WiFi, but good coverage on most networks.
Overall a lovely little venue and very popular because of its great food.
Food 10/10
Drinks 9/10
Location 7/10
Price 9/10
Cleanliness 10/10
♿Disabled Access 8/10
Wi-Fi 0/10
⚠️Negatives- couldn't think of any.
Our Overall Rating 9.5/10✔Defiantly Worth a Visit. 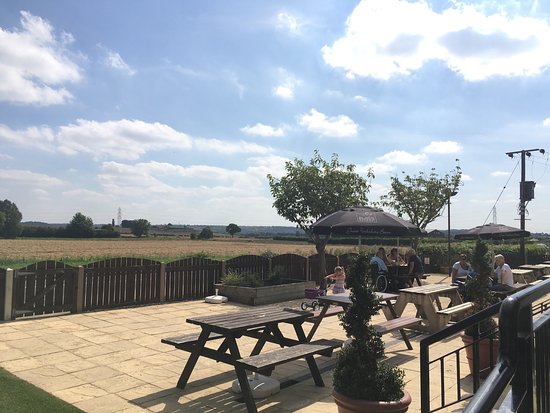 Lunchtime visit. Food - very good, had mixed grill, and scampi and chips (see photos). Very generous portions. They have a good menu if you don't want the carvery. Service - warm friendly greeting and great service throughout. Wheelchair access - ramped entrance, disabled toilet. One area of the restaurant not accessible because of steps down to it. The only issue was that the tables are quite low if you are sitting in a wheelchair to eat and a slightly higher table for this reason would be a nice option for wheelchair users. Would definitely return when in the area. We were booked in at the theatre in Doncaster and the four of us needed to have an early dinner beforehand. Our friends suggested Fish Bits and always read for a fish and chip supper, naturally agreed.
We ambitiously ordered a starter to share, but on reflection, it was a mistake, as there was just too much food. For mains the four of us ordered Cod, Haddock, Fishcakes and Plaice - so a good selection. All were excellent and enjoyable, especially my plaice, which was enormous and sooo fresh. We would certainly use Fish Bits again when in the area. Staff and service were also excellent.

7. Med at the Market 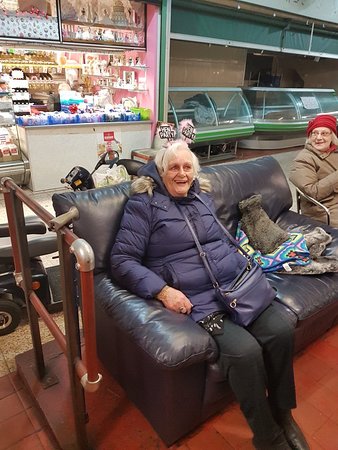 A unique fully licensed eatery within the international food hall of the famous Doncaster market.

In the centre of an award-winning food market, this is a market stall restaurant that takes its ingredients from the stalls surrounding it and makes them into delicious dishes. It's a simple but familiar model, reminiscent of London's Borough Market eateries but at a fraction of the price. The order was for Baked eggs with tomatoes and chorizo, with tea to accompany it, that was red brick strong.
The food arrived piping hot from the oven and was full of flavour. Brunch for two came in at just over ten pounds. An absolute bargain. Make this place your regular and keep it going strong. 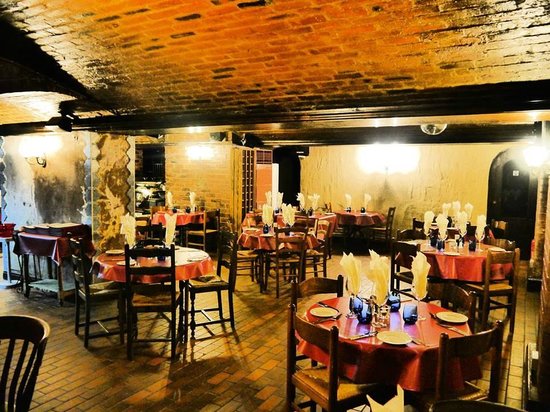 My first visit to Villa Romanas and I was not disappointed. This restaurant is deceptively spacious, with a few tables at ground level, then more tucked away downstairs - it had such a lovely atmosphere. I chose the Fromaggio Fritto to start, then the Risotto Verde which was absolutely delicious, so creamy and indulgent, and then the warm pear and almond tart with ice cream to finish. The final bill between my 2 two friends and i was very reasonable.
The service was attentive and friendly. Shout out to the guitarist who was a star and engaged us in an impromptu sing along of Valerie by Amy Winehouse!
I shall definitely be returning and i highly recommend this fab Italian restaurant. A warm welcome awaits you at Doncaster&apos;s independent speciality coffee and tea house where we combine quality ingredients with a passion for excellence, individuality and attention to detail thus ensuring that you get the very best. All our meals comprise of the Finest Ingredients and faithfully prepared We don&apos;t compromise on quality or flavour. That&apos;s why we use the most delicious, wholesome ingredients and handcraft every meal, just for you. One taste and you&apos;ll understand why we wouldn&apos;t have it any other way. For desserts you can simply count on a slice of heaven at Moona!

This establishment must be under new management as I've been here quite a few times and found it quite enjoyable. Now you have to wait to be seated and when you ask for tea, the teapot comes minus the teabag. How do they know how strong I like my tea! What's wrong do they save the tea bags and use them for other customers. Not enough butter for my toasted teacake either. Very poor. 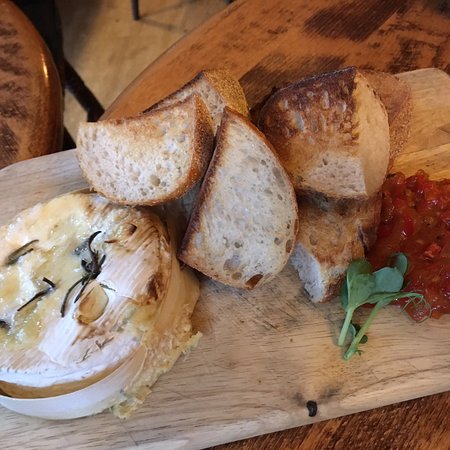 Love this place!!! Been loads of times with friends and never had a bad meal. Tonight finally took my other half who is renowned for being hard to please!! He had the steak and mushroom pie while I went for the lamb and feta burger..... it was beautiful!! Too top the experience off the staff are great here!! Also, with the recent bad weather they have been offering a free taxi service to and from the pub in a land rover!!! Now thats service!! No photos as was too busy enjoying my food!!