Derry is a town in Rockingham County, New Hampshire, United States. The population was 33,109 at the 2010 census. Although it is a town and not a city, Derry is the fourth most-populous community in the state. The town's nickname, "Spacetown", derives from the fact that Derry is the birthplace of Alan Shepard, the first astronaut from the United States in space. Derry was also for a time the home of the poet Robert Frost and his family.
Things to do in Derry

1. The Kitchen at Windham Junction 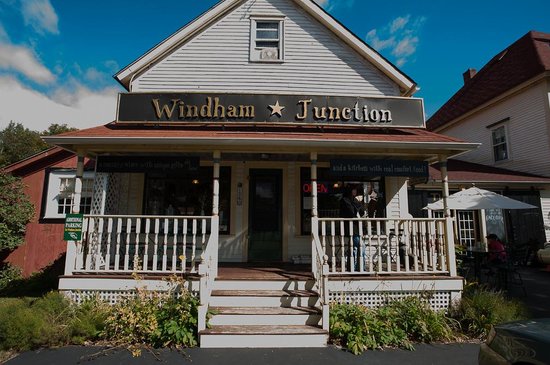 Another excellent lunch at Windham Junction! We love eating there as the sandwiches and the chicken salad especially delicious. The eclectic atmosphere is lots of fun as there are a variety of signs to look at and laugh over as well as enjoying the friendly service and good food. We will head back soon! 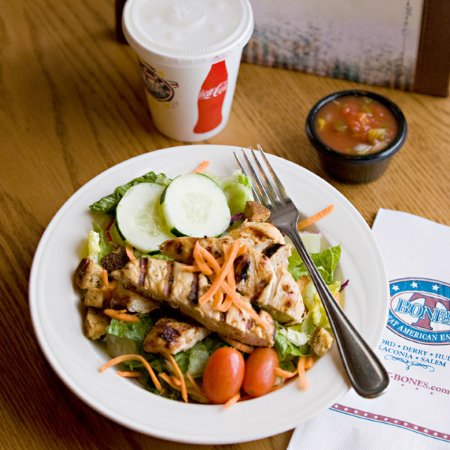 In 1984, local owners teamed up to open the first T-BONES Great American Eatery in Salem. Its success led to four more locations over the next two decades - Hudson, Bedford, Derry, and Laconia. More than 25 years later, guests still love the casual, family-friendly atmosphere and "made-from-scratch" approach to food that T-BONES is known for. A continual winner of "Best Of" awards throughout the state, T-BONES proudly serves hand-cut premium reserve steaks, fresh prime seafood, sandwiches, and classic American dishes.

T-Bones isn't a fancy place, but they do serve up American food that's tasty, and the prices are reasonable. The wait staff isn't always consistently friendly, so there's that one little thing. But we've usually been pleased with our menu selections, especially the Reuben sandwich. Definitely worth a visit. 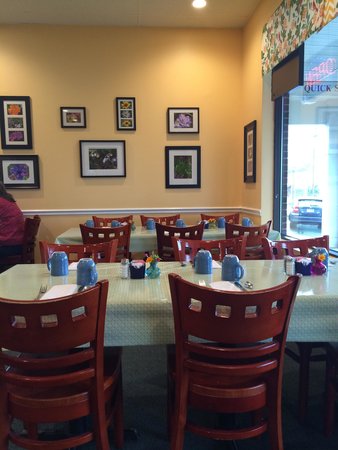 I'm so glad I met a friend here for breakfast. We both ordered the veggie omelet with sourdough toast and home fries, and it was all delicious. The server was friendly and attentive. The decor is homey and the prices are very reasonable. Will definitely go back again. 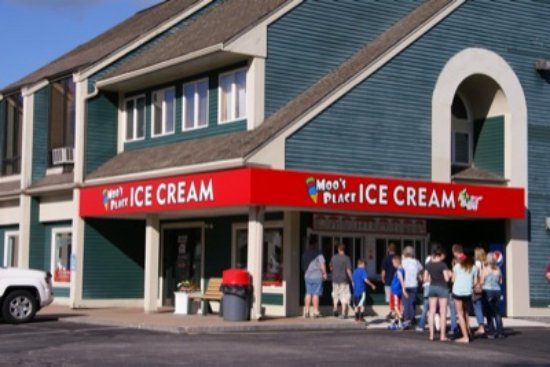 I've been here on several occasions and it never disappoints. The ice cream is always amazing, service is great, plenty of selection. You can eat inside or outside depending on the weather. Service is quick and they're always open to customizing an order if needed. I usually get a soft serve twist with jimmies and extra jimmies on the side for additional dipping. They're always happy to accommodate. I love this place and I highly recommend it!

My sandwich was fresh and hot, was happy i went inside to order it. I liked how friendly the workers were. You dont get that much at Dunks 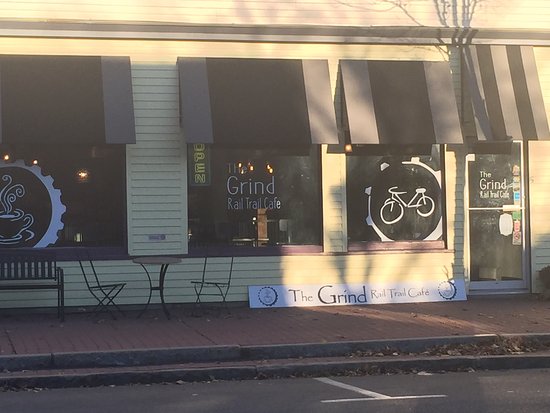 Organic whenever possible, locally-sourced whenever it makes sense. A cool, community focused coffee bar and breakfast/lunch epicenter, located less than a mile from route 93. Easy parking and quick, healthy food and drink options. <br><br>Please see our &apos;closed&apos; Trip Advisor page for lots of feedback, images, and experiences. We sure wish that page wasn&apos;t closed and instead came with us when we moved just barely around the corner. <br><br>Thanks, everyone! Grind on.

We stopped at The Grind after hearing such good things about it and were not disappointed. The staff is very friendly, and the menu choices are unique and tasty. Obviously, there's lots of great coffee and other beverages. But it was a nice surprise to sample the quiche and sandwiches and be really pleased with all of our choices. The ambience is very chic, too. Definitely worth a visit. 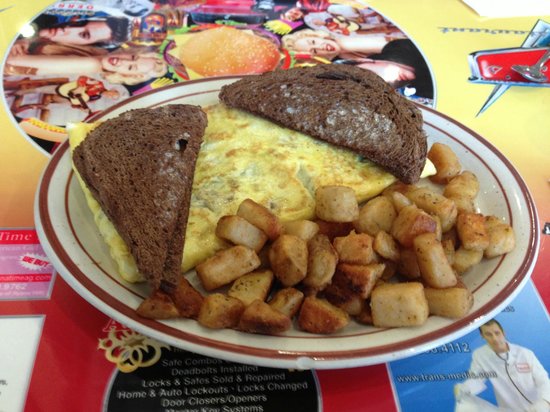 A great family-run operation with multiple locations. Many options for breakfast and portions are large. Quality of food is terrific Great value. Motif is style of a diner from “Happy Days”. 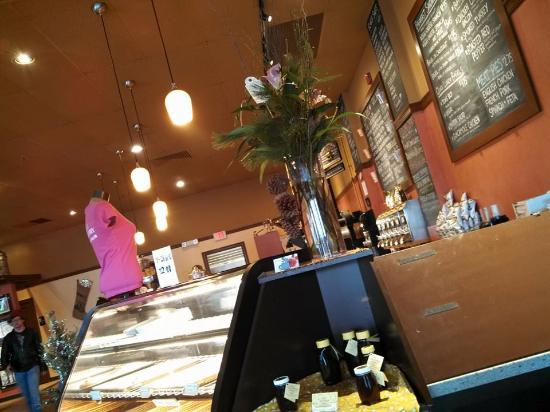 Visiting Derry on a shopping trip, Hood Commons was one of my destinations. Late in the afternoon, I stopped by The Coffee Factory, a coffee roaster with a coffeehouse.

The décor was café style. There were two styles of contoured wooden chairs that had cutouts on the metal backs in the shape of cups of coffee with a waves of steam rising from the cups.

At the walk-up counter, I ordered the 16 oz. cup of decaf coffee at $2.25. The counterman charged me for a small 12 oz. I questioned him on it as I was being undercharged. He claimed that I said I wanted a small coffee. I corrected him. I never, ever, ever order small coffees ~ just large or jumbo.

Then, I took a seat in a club chair. Just as I got comfortable and started drinking my coffee, a guy came with his girlfriend and sat opposite me. When he began coughing and sneezing while making less then halfhearted attempts to cover them, I got up and moved to a table far away. There I sat until I was ready to leave.

The Coffee Factory seemed to get a lot of after-school business as well as patronage from people of different age ranges. At the next table, a high school senior was talking to a recruiter from a prestigious Ivy League university. It was a very relaxed interview. It was obvious that the interview was a mere formality before the acceptance letter would be sent to the high schooler. Two tables over, a woman about 80 years old enjoyed coffee and pastry.

The coffee was good. The place was clean. I would stop there again.

On the way out, I checked out the pastry case. Several items looked good.

I rate The Coffee Factory at 4.0. I can recommend stopping here.

If you found this review helpful, please click THANK below. 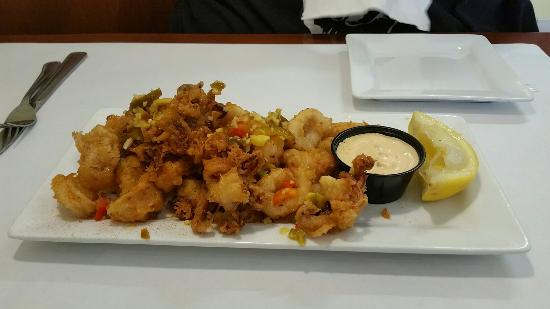 Visiting Derry on a shopping trip, I planned to be at Hood Commons for a late lunch at 2:15 PM because I’d researched restaurants on TripAdvisor, and my choice was Amphora Fine Greek Dining which was located there.

On arrival, parking near the restaurant was a challenge as it was located next door to The Coffee Factory, a very popular coffee roaster with a café.

At Amphora Fine Greek Dining, I was greeted and seated promptly.

Amphora was relatively small with about a half dozen booths and a few tables. The décor featured a map of Greece, artwork, and some vintage clothing from Greece on the walls. The tables were covered with a large piece of absorbent paper. It gave the tables a crisp “white linen” look.

My beverage order was taken promptly.

For food, I ordered the Souvlaki Lunch Plate. There was a choice of meat ~ pork at $7.25, steak tips at $8.25, or lamb at $9.25. I took the lamb. It came with two pita wedges and a house salad which had lettuce, onion, feta cheese, tomato, and a house dressing that had an orange tint.

It was about a 20-minute wait for my food. Meanwhile, I read a magazine I brought along and enjoyed the Greek music that played in the background.

Overall, the way the plate was arranged made for an eye-appealing presentation. The large salad was good. The two tomato wedges were from a plump, ripe tomato and were juicy and delicious. The lamb shish kebob was grilled a bit too much for my liking as it had some black crusty spots. Otherwise, everything was quite good. I did enjoy my meal here.

Service was excellent. The place was very clean.

On the way out, I checked out the pastry case. The baklava looked very good. I made a note to return for dessert sometime.

I rate Amphora Fine Greek Dining at 4.75. I would eat here again. I can recommend it to others.

If you found this review helpful, please click THANK below. We have been here a few times now and each visit a different dish. Enjoy the variety of tastes and the willingness to customize to our liking. Excellent pad Thai with the addition of mixed vegetables! Crispy chicken with ginger rice a nice combo. The curry dishes can be tailored to your level of spice! Service is always prompt and the food served hot. The place is clean and staff is very friendly so it’s easy to want to go back again !