's-Hertogenbosch (Dutch pronunciation: [ˌsɛrtoːɣə(n)ˈbɔs] ( listen), literally "The Duke's Forest" in English, and historically in French: Bois-le-Duc), colloquially known as Den Bosch (pronounced [dɛn ˈbɔs] ( listen), literally "The Forest" in English), is a city and municipality in the Southern Netherlands with a population of 152,968. It is the capital of the province of North Brabant.
Things to do in Den Bosch 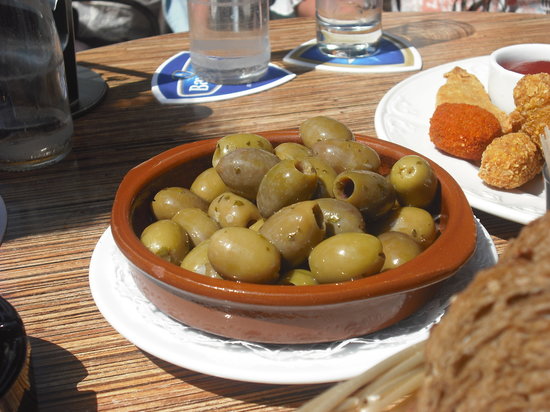 Reading a previous poor review of Christoffel was unfortunate, perhaps just a bad day all round but we had a very pleasant lunch there. We'd seen the place several times over previous days and it was always busy so gave it a try.
Nice venue, buzzing in the heart of town, great place if you’ve just done the small canals tour.
Extensive menu of light dishes , snacks and large meals, and full drinks list
25.70 for soup, toasted sandwiches and 4 beers and coffee.
Service was prompt, helpfully explaining dishes and very friendly.
Recommend it highly. For me, this place is somewhat nostalgic. Together with my parents, we used to visit this restaurant at least once a year. We always ordered the Gyros platter. The food is great, and so is the atmosphere.
Furthermore, the prices are average for a Greek restaurant. Making it both appealing for a long dining experience, or a quick eat. 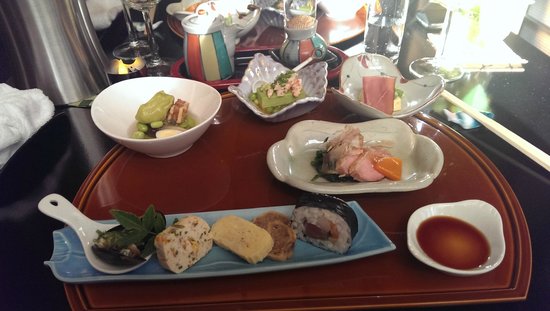 one the few authentic Japanese restaurant in The Netherlands, small, family business, friendly and cozy.

Reviewed By Lindsay B - Den Bosch, The Netherlands

Shiro is THE place we go to celebrate anything. It's run by a lovely Japanese lady and the food is amazing! It's what I imagine real Japanese to be. It's not an "all you can eat" sushi place that the Dutch love to eat at, it's a real dining experience. Get the sukiyaki! 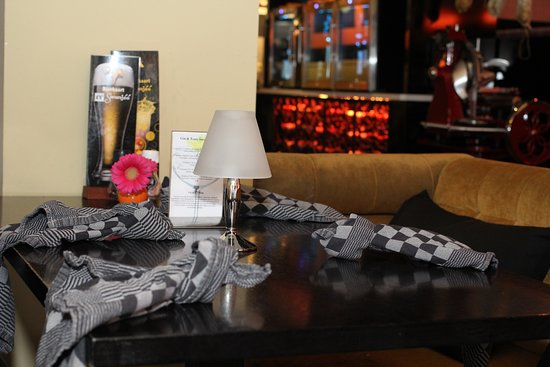 Ff Swanjee is a young and new restaurant in den Bosch, with something nice for everybody. Hospitality, Quality and Experience are the fundaments of our philosopy. We only work with products of the highest quality, mostly organic and home made. We create a cosy and hospitable ambience so you can enjoy alle we have to offer for a fair price.

Amazing food, amazing atmosphere, great staff. I have just added some pictures. If you are in this area, this is I guess a must go. 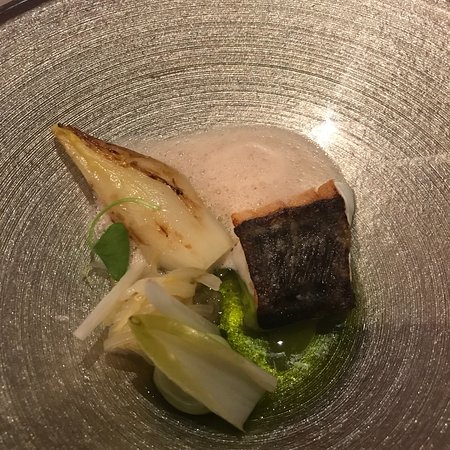 You will find Michelin-star restaurant Sense across from Het Noordbrabants Museum, at walking distance from St. John&apos;s Cathedral, on the Verwerstraat in ‘s-Hertogenbosch (also known as Den Bosch). Chef de cuisine Dennis Middeldorp puts pure and always fresh ingredients together to make surprising and subtle taste combinations. Experience the team’s honest hospitality, an ideal way to round off a visit to one of the most beautiful town centres in Brabant.<br><br>“Orgasmically good”<br>To our great surprise we received a Michelin star three years after we opened in 2008. Sense is also featured in the 2016 Gault&Millau guide and the Lekker Top 500 (Tasty Top 500), the leading Dutch restaurant guide. Of course we are proud about these reviews, but our primary ambition is still to allow our guests to enjoy exciting dishes in an uncomplicated atmosphere. For this reason, we are even more proud when our guests give us feedback such as “Orgasmically good!” and “Enjoyment with a capital E”. <br><br>Different dishes every month<br>You can order the smaller culinary dishes on the menu in a random order, but you may prefer to allow yourself to be surprised with a four to eight course gastronomic menu. These dishes are different every month, inspired by the changing seasons. “When I am creating a dish, I want to bring together the essence of different flavours in a composition that will fulfil and delight. Flavour, colour, texture, the atmosphere in the restaurant: everything has to be just right,” says Dennis. Sense welcomes international guests with an English menu and multi-lingual staff.<br><br>Experience ’s-Hertogenbosch<br>After an inspiring visit to Het Noordbrabants Museum (with of course extra attention for the works of Vincent van Gogh and Den Bosch native Jheronimus Bosch), a spiritual experience in the world-famous St. John&apos;s Cathedral, an adventure by bike or on foot in the marshlands of Het Bossche Broek or a historic canal cruise through the town centre on the Binnendieze, you will be able to relax at one of the tables and enjoy your meal. You may even have a similar experience to the guest who concluded the following: “This restaurant deserves a second star.”

We went to Den Bosch to see the Hieronymus Bosch exhibition, well aware of that Sense lies quite opposite the place for the exhibition, Het Noordbrands Museum. Both
the exhibition and the restaurant exceeded our expectations. We had a most delicious three-course lunch accompanied by well selected wines. We especially appreciated the casual atmosphere, seldom seen in star rewarded restaurants and the conversation with an enthusiastic sommelier. And perhaps most of all the flashes of Bosch's imagery in the design of the courses. (See photo). Finally we regarded the bill as a gift from somewhere above. 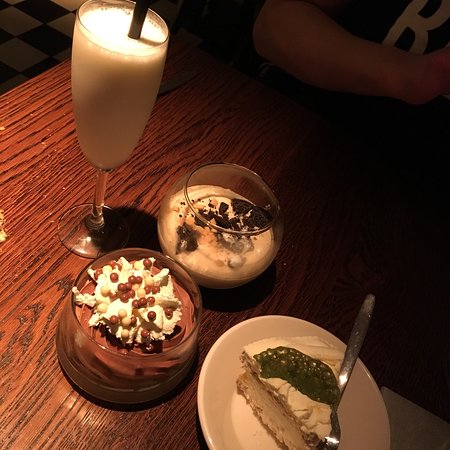 Picasso, a colourful restaurant in the centre of &apos;s-Hertogenbosch. We offer you a nice range of Mediterranean dishes on the menu such as tapas, pasta and fish and meat specialties. We would love to welcome you at Picasso!

Met for dinner with our daughter who works in the NL from the UK, uses the place herself and took the family when we visited, good menu, can be changed to accommodate gluten free and lactose free meals, relaxed easy service, great presentation, could have...MoreDear Guest(s) Thank you for the message on TripAdvisor after visiting our restaurant Picasso. We will inform our staff about your comment on hot plates. We hope to see you again in our cozy restaurant. 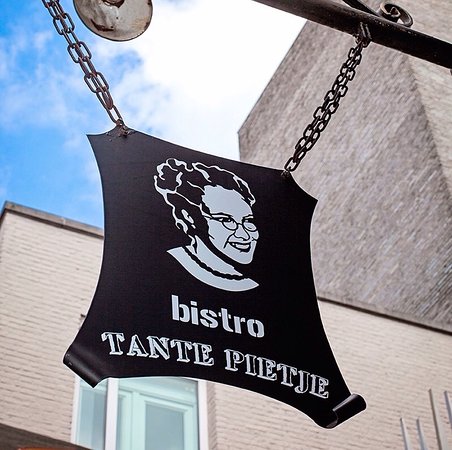 After having put the reservation for a group of 16, which is always difficult, everything was well organised. Good service by the owner, the junior waiters needed some directions by him but still ok, the food very good. A bit dark inside. And if I visit for a second time, I will always ask for a table outside. 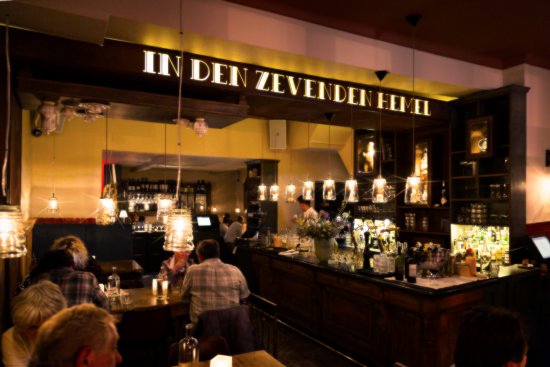 We only had lunch here, so I can't judge their dinners. But i am convinced those are just as good. Good salades, good pasta with seafood, great bread and chips. Nice interior and friendly and efficient service 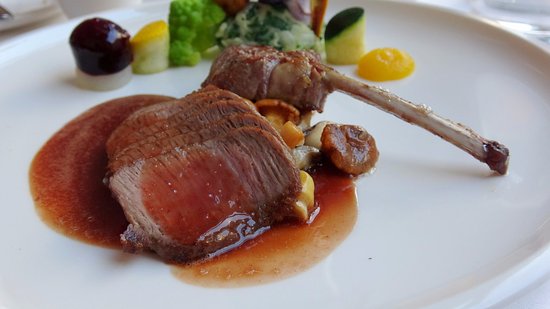 Reviewed By NLRomantic - The Hague, The Netherlands

What a gem, and was alone worth the trip to visit Den Bosch! The two of us had lunch in this packed, charming restaurant in the heart of the city. Service was impeccable and plates were creative. There was not a question regarding wines, food or preparation that was not answered well. If this place were close to home, I would instantly become a regular. Highly recommend. 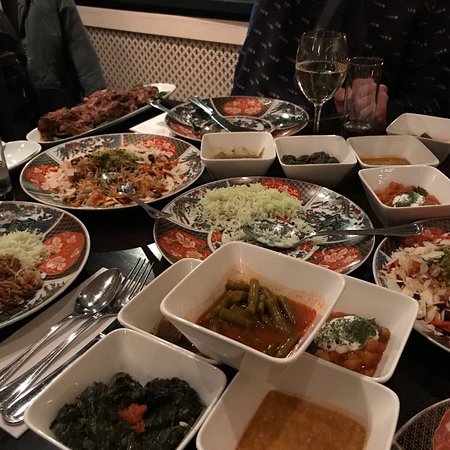 We visited here on the strength of other reviews and weren’t disappointed. Had no previous experience of Afghan food, but if it’s generally like this it must be fantastic. We had the introductory menu, and everything was fresh, beautifully cooked and presented, with clear explanations of what we were eating. The staff couldn’t have been more friendly and helpful.