Cornelius is a city in Washington County, Oregon, United States. Located in the Portland metropolitan area, the city's population was 11,869 at the 2010 census. The city lies along Tualatin Valley Highway between Forest Grove to the west and Hillsboro to the east. Cornelius was incorporated in 1893 and is named for founder Thomas R. Cornelius.
Things to do in Cornelius 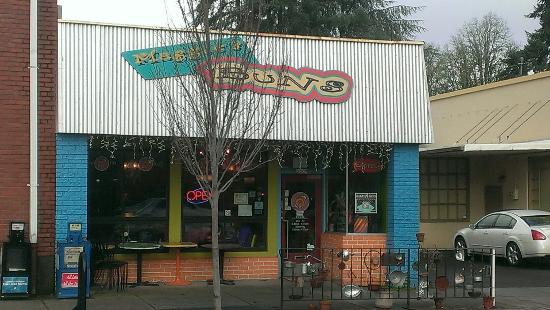 LOVE the decor indoors and out. Someone with an eye for color painted the furniture and walls. Love the kitchen tools hanging from wire mesh.

I wish there were a restaurant like this closer to home. It would be one of my happy places 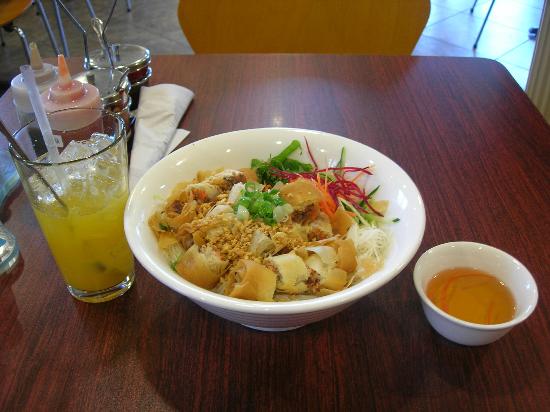 Vivi’s has the best Vietnamese food period. Tons of veggie options. Every dish is filled with amazing flavour.
They have very few tables, so expect wait almost anytime of the day you visit. Larger parties means longer wait. Very popular with tech companies in the neighbourhood. But worth the wait if you like to feast on best Vietnamese food around. 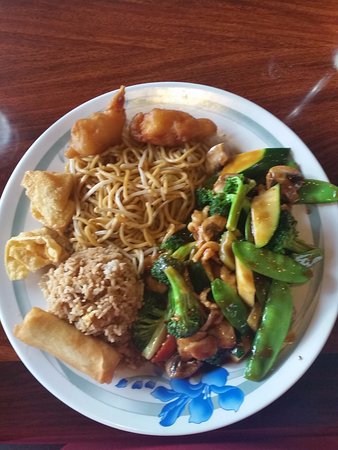 Our menu has over 140 items; seafood, chicken, pork, beef, noodles, and vegetarian dishes, all cooked to order by our Chef, using specially flavored sauces. Come enjoy truly authentic dishes from the finest regional cuisines of China: Canton, Hunan, Szechuan, and HongKong.Open for lunch and dinner. All menu items are available for takeout, too. Daily lunch and dinner specials.

I've been to Happy Gardens several times now. The food is always hot and yummy. The service is always quick and friendly. And the prices are less expensive even than a fast-food Chinese place not many blocks away. Nice for family sit-down lunch and dinner, and even for take-home dinners too.

I visit Starbucks regularly. The baristas are always friendly. The coffee is always good. They have a good selection of sandwiches and pastries. 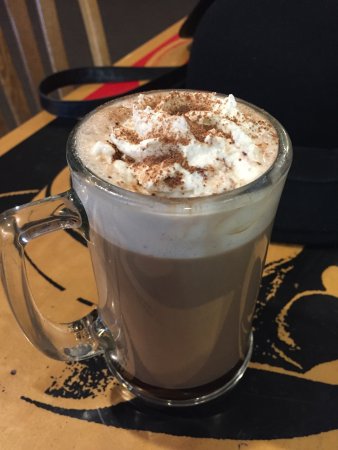 Reviewed By ForestGrove - Forest Grove, Or

This is a friendly place that usually has several people sitting around talking and enjoying a nice cup of whatever. They have some pastries too.You can get coffee cups and pour overs too.
I go in there because the son lives to roast beans and does a great job. They offer several roasts, some not always in stock, plus decaf. They will grind to your specs if you desire. Need a 14 lb fresh decaf for guests, no problem. I especially like their "Special" dark roast. I grind by own. 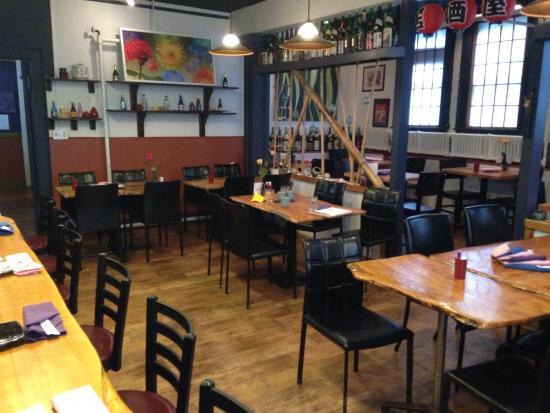 Reviewed By robispho - The Netherlands

Without a doubt: This was the best Japanese Restaurant we ever ate. What a place! With 3 cooks in an open setting you get the most fresh and special food you ever saw. The menu is way too much. You cant make a choice... and everything is sooo good. Ok, you have to make a reservation, pay somewhat more than the average sushibar but it's worth the trip... Go Go Go... you will not be disappointed. Thanks for the experience.

Pac Thai offers Forest Grove a superior dining experience with an artistically prepared menu that includes incredible vegan and gluten-free options. As one of Forest Grove&apos;s best restaurants, we pride ourselves on offering only the freshest and most local ingredients. In fact, when the produce that we regularly use is in growing season for Oregon, the majority of our produce comes from our very own backyard! We carefully use these quality ingredients to craft dishes that celebrate the beautiful tastes and culture of Thailand. You&apos;ll taste that commitment in entrees like our Crispy Basil Chicken, our Garlic Prawns with Peanut Sauce, and our Salmon Pumpkin Curry. As you look through our menu, you&apos;ll find that the vast majority of it is comprised of gluten-free and vegan options. And because none of our dishes are pre-made, all of our dishes can be made to your personal liking. When you&apos;re in the mood for an unforgettable meal in a welcoming atmosphere, look no further than Forest Grove&apos;s own Pac Thai.

Being lovers of good Thai food we stopped here for lunch. The fresh summer rolls and curries were excellent. The service was very friendly and efficient. Can't think of anything to fault them on. Very satisfied.

My daughter attends Pacific University and this restaurant is fairly close. Having come from Los Angeles, she had been craving Mexican food, and since I had a rental car we were on a mission to find some place close enough she could take the bus if she enjoyed the food.

It was her birthday lunch and we took several young women. The portions were huge, though as another reviewer stated, way too much beans, rice, and in one of our orders way too much lettuce.

Unfortunately everything has onions, and I cannot eat onions. I was only able to order a plain green salad, and I mean it was plain.

The girls ate about 1/4 of their plate of food, leaving the beans and rice. Since it was my daughter's birthday, they brought out a Sombrero and sang to her. They gave her free dessert.

This restaurant has potential. It is very pricey for lunch. The inside is authentic and could actually be fun. Someone just needs to teach the cook how to season Mexican food, and that onion isn't necessary in EVERYTHING! 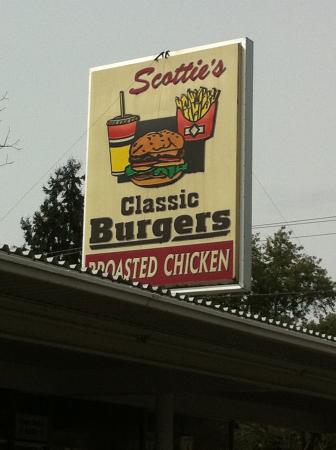 This place has been here since I was a kid and has great food. Lots of variety,but the burgers are really good. And the ice cream cones are always a must. Great old feel here. 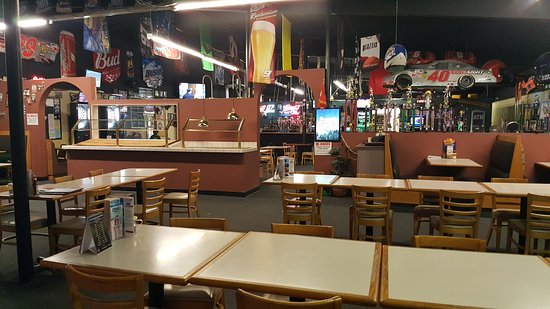 From the outside it looks like a very small location. It is actually very large and setup like a sports bar. This location is in the old hanks building. You can definitely miss it if you werent looking. The store has long closed and most of the building is empty or feela abandoned. Tables in the front of the building bar in the back. There's a small slot machine room off the bar. Food pricing is ok $7-12 price range. Feels a bit old but lots of space. Tons of tvs that are showing different sporting events. Bar stools are very comfy. Lottery room was full and no one in the rest of the building. Bartender was friendly even if it was obvious she was bored. Pizza was ok.