Birkenhead /ˌbɜːrkənˈhɛd/ is a town within the Metropolitan Borough of Wirral in Merseyside, England. Historically in Cheshire, it is on the Wirral Peninsula, along the west bank of the River Mersey, opposite the city of Liverpool. The Birkenhead Urban Area defined as the contiguous built-up area along the eastern side of the Wirral had a total population of 325,264 in the 2011 Census. In the 2011 census, the Parliamentary constituency of Birkenhead had a population of 88,818. The Birkenhead and Tranmere electoral ward, covering a much smaller area, had a population of 15,879.
Things to do in Birkenhead 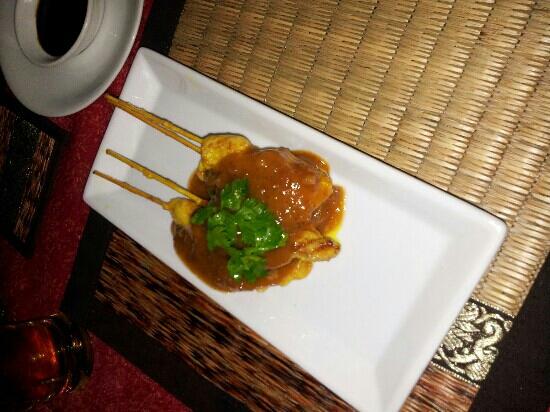 Good reviews swayed me to try this restaurant for the first time, I went for the evening Dinner. The service was good, with attentive staff but someone filling up wine glasses for people is a bit odd, also it was a little difficult understanding what the waitress was saying to me.
It is only a small place Seating 28 people at most but I managed to get a seat without reservation.
The drinks were ok a bit expensive but comparable with other establishments I would say.
I had Chicken Satay as starter, at £6 for four bits of chicken it was very expensive, but very nice all the same. (the Lunch menu is cheaper I think). It was ok but for that price I would think they could put another piece of chicken on the plate.
For main I had Pad Gra Praw with Chicken which was a Stir-Fry, It was nice, not all that hot though, and just not enough chicken for £9.00 without rice which was extra.
Altogether, I would try again with a different dish next time. At the end of the meal, I felt I could go to Wetherspoons nearly opposite and eat another dinner ! 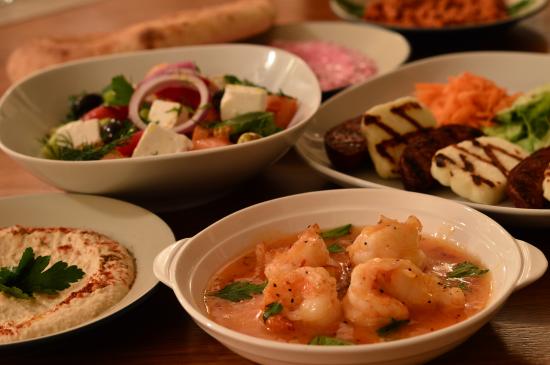 Visited Mezze the Saturday between Xmas and New Year with a group of friends from my husband's karate club.
We had a wonderful evening. The service was excellent as was the food. My own meal of Soslu Kofta followed by Chicken Tava then Banana Creme Brulee was really tasty.
The accompanying wines were lovely too.
Couldn't fault anything about our evening and will definitely return.
My husband (who doesn't do Trip Advisor) wanted me to add that Mezze serve the best chips he has ever tasted in a restaurant!!! For starters the ambience is really magical with various lighting tricks to give an atmosphere in keeping with the winter season and also a musical soundtrack to go along with it. It’s all quite unobtrusive but hugely impressive.
The food is fantastic, you get a bare bones menu that hints at what’s to come but there are plenty of surprises. The bread that comes with the meal is sumptuous, light and very very tasty. Hard to pick a favourite course, might be the salmon, or the cod or the quail, or maybe the onion. The trick here is that they are pushing the boundaries of technique but unlike some “too clever for their own good” chefs you still get a fantastic tasting and filling meal. No sacrificing a decent dinner on the altar of art at Fraiche.
Service was excellent and the maitre d/sommelier was spot in with his recommendations and also took time to speak to all their guests.
All in all a truly fabulous experience. 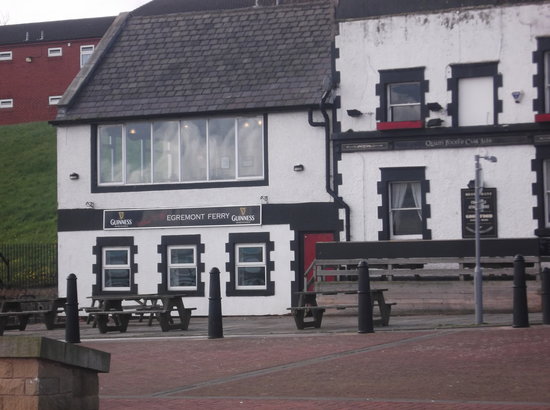 Called in today after going the gym with my partner.
Restaurant/ bar was reasonably quiet was told to take a seat and come back down with our order. Not great customer service.
Went up seen no sign of staff while we chose what we wanted, decided to ask if we could try the ferry burger challenge between us (doesn't say you can't and wouldn't expect the photo or t shirt just see what it's like)
My partner went down to ask and was told by the 3 staff stood around quite shortly that we couldn't, my fiancee explained we would be paying the same as anyone else.
Still no.
She came back up and we decided to leave. We were going to order a separate salad and probably a desert each along with 2 coffee and two cokes so probably lost out on 50 quid of business on a quiet day.
Hey ho second try won't be giving it a 3rd.
Decided to walk down the prom to try somewhere else.
Shame. 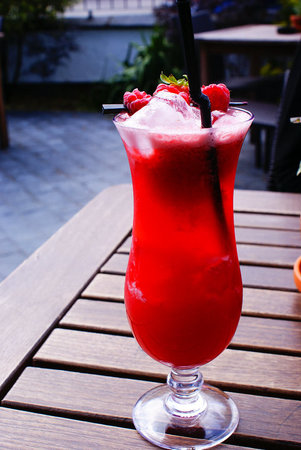 Oxton Bar & Kitchen was founded in 2004. We are an independent family run bar, with a kitchen, and a Terrace in the centre of the leafy conservation village. We serve tasty locally sourced fresh food, local craft beers and the best cocktails around. We aim to support our local independent business&apos;s / suppliers - therefore you will find no mainstream mediocre brands here. We pride ourselves on our crew, service and atmosphere.

We finally managed to visit here for our sunday roast yesterday. The staff are amazing really helpful and attentive and the service is just right. The food was off the chart for value and quality. I had the beef whilst the rest of the family the chicken. It was just fantastic. My daugjter and i then had the cheesecake for dessert this was something else. Wow fantastic meal. 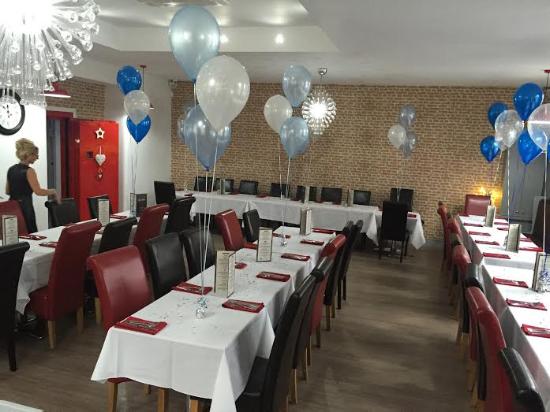 Welcome to Fusion. We pride ourselves on offering on the finest food & drink in the area. Either by day or night you are sure to get excellent service foremost, each customer is treated like a friend not a statistic. The specialty coffee & teas are all hand made using only the freshest ingredients, the same with our food, care and love go into everything we do. Just ask our regulars...Of a Friday & Saturday evening we open up the shop as the only bistro in the area, serving excellent hand cut mature steaks, fresh fish to name just a few. Offering the best value around, We&apos;re positive you&apos;ll LOVE Fusion, once tried never forgotten, call in and see us today, or book a table for this coming week

The restaurant was recommended to us. I feel the menu is overpriced over 20.00 for a gourmet steak. Whilst we enjoyed all the 4 starters. The main was dissapointing. The steak was unnaceptable as not cooked as per request. The second steak that was served was cold and not eaten. To give the manager his due he was very apologetic and knocked the meals of the bill. I wouldn't rush back though. 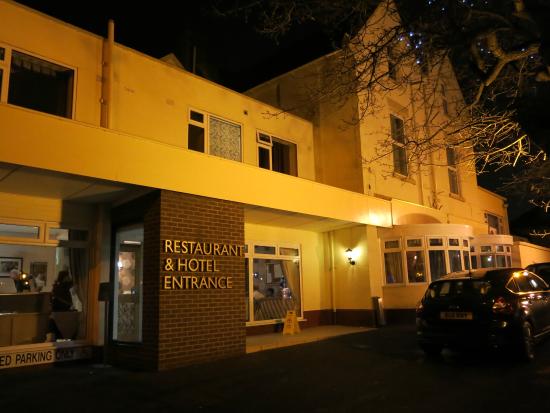 We had a fantastic meal here on Saturday night to celebrate my birthday. The atmosphere is great, the staff absolutely fantastic (as always) and the food brilliant. This has to be the best restaurant in Wallasey. Nothing is too much trouble. Special thanks to Bruno and Carl for a really lovely evening. We usually go here just for special occasions, but I think we may be going more often in the future! Thanks to everyone there. This is a fantastic victorian pub, fully refurbished with an eye to the past.Positioned on the banks of the River Mersey with views over to Liverpool,we serve great home made food seven days a week 12pm til 9pm and carry up to six real ales from local micro Breweries. We are family friendly, have a lovely beer garden, we have early week promos inc over 60s all day Mon, Tue and Wed.

We visited the Refreshment Rooms for the first time after several friend had recommended it. The building is on the shores of the River Mersey by the pier for Tranmere Oil Terminal but do not let that description of the location put you off.
The beach there is sandy and the mudflats further out to the river are a nationally important feeding site for wading birds. In
2002, the beach was designated as a Site of Special Scientific Interest (SSSI), giving it protected status. The historic houses of Rock Park, an area of large houses built from. Sandstone from Storeton quarry were built between 1837 and 1850 and were designated as a Conservation Area in 1979.
Brunel Isambard Kingdom Brunel's ship the SS Great
Eastern was beached at New Ferry for breaking up in 1889 which featured on a BBC 'Coast' Television program that we watched recently so there is some historic interest here.
The food inside was really good. There was a good choice of main courses and sandwiches. We opted for a Panini each, which both came with delicate French Fries and salad covered in a light dressing. The sandwiches were just £7.50 each but we had trouble finishing them because the portions were so big. The staff are very polite, friendly and the place has a feel-good atmosphere to it. We would certainly eat there again. 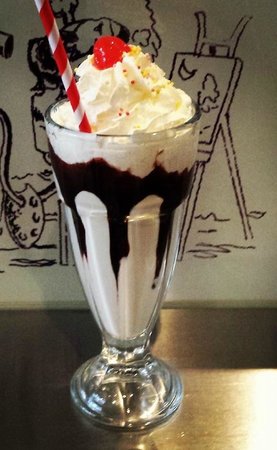 The Oxton Courtyard is a bar & restaurant situated in the leafy village of Oxton, Wirral. We pride ourselves on serving the finest tapas from around the world, prepared by our team of international chefs, using locally sourced fresh produce.You can expect a stunning, informal and stylish environment, so sit back, relax and let our friendly team of professionals spoil you with the finest food, wines, beers & cocktails from around the world.

Been to the Courtyard several times, always received a top notch service and the food has always been of good quality.
Tonight the food was exceptional, especially since we were a group of 14! Everyone got served at the same time, all orders were correct and everything was served piping hot!!
Special mention to Ollie on his first night, couldn’t fault him.
Will return again soon! Hopefully to be served by Ollie again!!
Shame about the moaning bunch behind us - wanting everything for nothing. 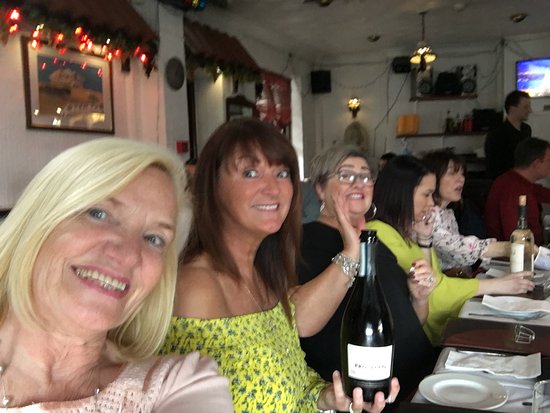 Yiamas Greek Taverna welcomes you to the home of truly authentic Greek cuisine in the heart of Birkenhead in True Taverna style.Our Taste of the med on the Wirral.Warm and friendly setting with exceptional service always. Fun Greek Nights with greek belly dancing.

We had booked a table for 6 on a Friday night to start off our weekend away in Birkenhead/ Liverpool. After a short taxi ride from the premier inn, Birkenhead we arrived to a friendly welcome from the many staff. There was a good selection of bottled Greek beer, cider and wine. We all had a starter which were all absolutely huge. I would recommend the Tzatziki and garlic cream mushrooms . Not many of us finished our plates as we realised we needed to keep some room for the main course!
The main courses didn’t disappoint and it was one one of the if not the tastiest Greek meal that we had ever eaten. The moussaka, stifado, chicken and spinach, kleftico were all fabulous and again massive-the roast potatos were the best ever.
We all declined a dessert but the waiter came and offered us a free shot on the house. We all obliged with whisky, warmed brandy and sambuca.
As there was a Birthday table behind us we joined in with singing Happy Birthday and then the odd plate smashing.
This is a fantastic restaurant which we will definitely be visiting again. Incredible !!!