Barrydale is a village located on the border of the Overberg and Klein Karoo regions of the Western Cape Province in South Africa. Named after Joseph Barry, a well known merchant of the 19th century it is situated at the northern end of the Tradouw's pass which winds its way through the mountains to Swellendam.
Things to do in Barrydale

1. Clarke of the Karoo 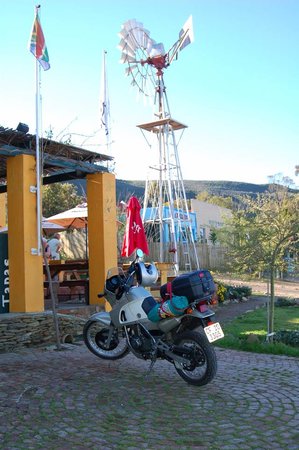 We've stopped for lunch when driving the amazing Route 62. We've had the lamb burger and lamb curry. Both were very tasty. Just go there. You can't go wrong. 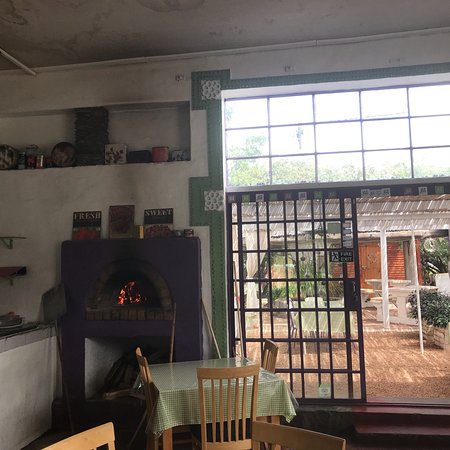 This is a very quaint little restaurant which serves mainly cakes, pizzas and light meals. the staff are friendly and I ordered the carrot cake which was really moist and the tea was served in the most divine tea pot with matching tea cups 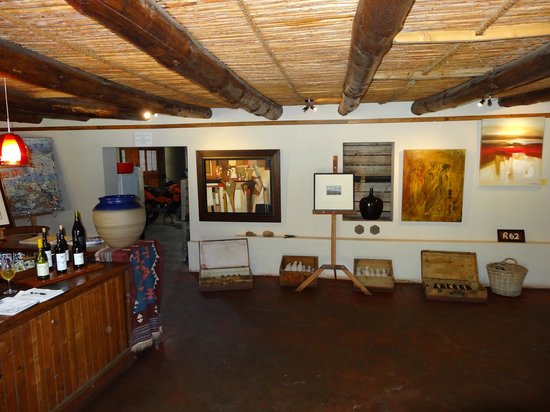 We stopped for a tasting and stayed for a light meal. Eminently pleasant environment, with reasonable French-influenced wines and satisfying mixed plates of local charcuterie, cheeses, salads, etc. Exactly what one wants in the Western Cape, but is all-too difficult to find. Well worth a visit. 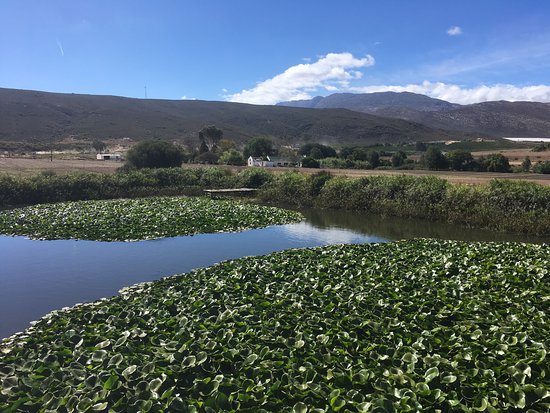 Nestled at the foot of the Langeberg Mountains on the farm Tradouwshoek of Boetie & Hannette Cooke. Well known for spectacular views, bird watching, healthy country climate and unforgettable meals. The Blue Cow established in 2005 and takes pride in serving the best farm food available. Impressum Six generations ago Robert Cooke, a farm worker near Dublin in Ireland fell in love with a landowner&apos;s daughter, Mary-anne Proudfoot They were forbidden to marry because of the class difference so, undeterred, they jumped aboard a ship to Cape Town and then took an ox-wagon to Swellendam In 1890 the Cooke family ended up with the farm in Barrydale where they have been farming dairy and fruit ever since. Boetie and Hannette Cooke continued farming in the family tradition and brought up their children Bertus, Anika and Danel on the farm. About eight years ago Hannette had an idea. She told Boetie what she wanted to do and in true male tradition he told her it was a silly idea and wouldn&apos;t work. It took Hannette two years of female guile to convince Boetie that a restaurant in the "calf paddock by the dam" on the farm would be a good idea. And a great idea it was... The Blue Cow was born.

Food and ambience excellent! Bread is made available to feed the fish in the dam situated just below the deck where you have your meal and admire the lovely countryside views! 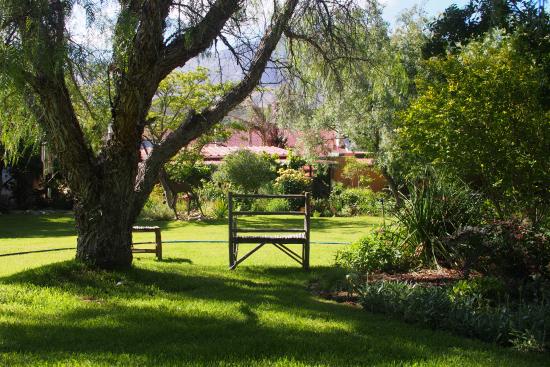 My wife and I stumbled upon this little gem, while passing through Barrydale late on a Sunday afternoon on our way over the Tradouw Pass down to the Garden Route.
An old histroical Cape Dutch homestead transformed into a charming eclectic little coffee shop / restuarant. We sat in the inner courtyard decorated with plant pots and other odds and ends, under a wooden trellice covered with narled vines. We had a delicious salad, toasted Sandwich and a fresh quiche followed by mouth watering homemade scones with local jam.
The owner made us feel welcome, warm and at home. We enjoyed it so much that we proceeded to wonder around his quaint little garden for almost an hour. If we had more time we would easily have settled in for another cup of coffee and read one of many old books and magazines.
Definetly a gem, off the main road. not to be missed when in Barrydale/ 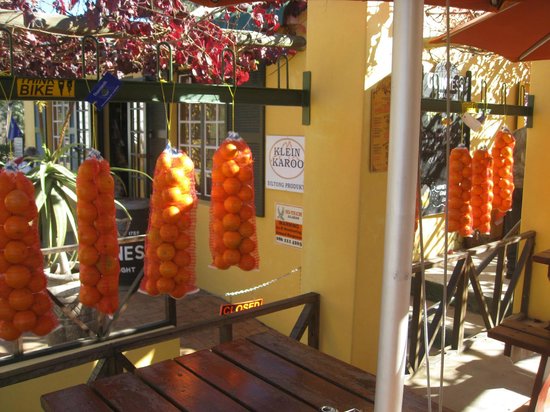 Nice coffee bar and restaurant with a small supermarket and gifts shop, they have self made cakes and also ice creams.

We were driving the iconic Route 62 and just HAD to stop off at Ronnie's Sex Shop.
It was fairly quiet when we arrived just before lunch, so we decided to get something to eat from the 'Roadkill Cafe'. We each ordered a burger, which was freshly made and very tasty, washed down with their homemade milkshakes which were absolutely delicious. We ordered just at the right time, as it got busy shortly afterwards.
The bar itself is festooned with graffiti, underwear, business cards and the like; all visitors wishing to leave their mark at this iconic place. We struggled to find a blank space to leave our message!
Ronnie was behind the bar; a lovely chap with great character. He told us a little bit about the evolution of the bar which was really interesting.
Despite the name, it's a family friendly place (even with all the bras hanging from the ceiling!), so don't be afraid to take the kids.
Ronnie's is literally in the middle of nowhere, so it's reputation speaks for itself that so many people visit there each year. It's definitely worth a visit. 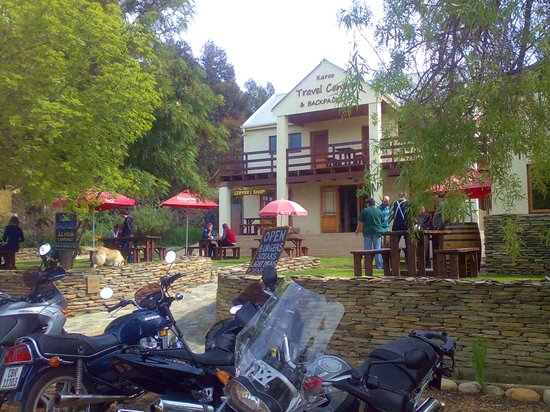 Relaxed, friendly atmosphere, simple delicious food. Mostly outdoor Seating, on the lawn, near the pool or on the stoep. Pub with dart board, pool table, great music, flat screen TV for sports, beer on tap, and a range of wine, ciders, coolers and spirits. Meet interesting people and have fun!

Although the rugby was 50/50 issssssh the ambiance at the Dung Beetle was 100% spot on. The fire place got a lovely laid back feeling on a very cold Saturday afternoon...the person serving was a delight, professional and friendly, with knowledge off exactly we should go to eat what.
Drinks are well priced and the service professional and extremely efficient.
You have to go here even if it is just for "one" drink :) 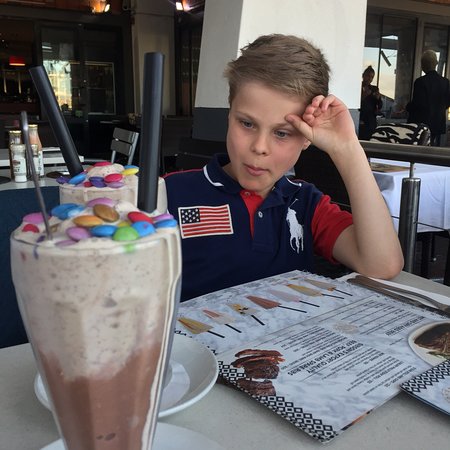 NOTE TO CUSTOMERS: THIS BUSINESS IS CLOSED DURING THE MONTHS OF JUNE, JULY AND AUGUST.

Be sure to book at this very popular spot in the heart of Barrydale. Inspired food and a cosy kitchen setting - always worth a stop! 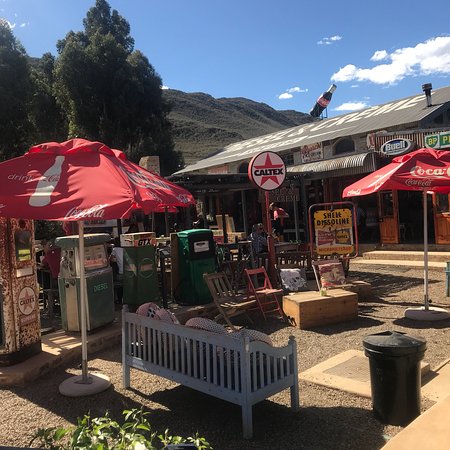 Diesel & Creme is a Vintage Diner & Motel (The Karoo Moon Motel), situated on the scenic Route 62 in Barrydale.

Reviewed By Sue B - Cotswolds

I'm going to focus on the milkshakes as they are sensational. A huge variety of flavours but my personal favourite is the coffee one. There are 2 sizes and they come with cream on top so if you don't want this you need to tell them in advance. Coffee and food is also good here