The 9 Best Things to Do in Linzhou, China 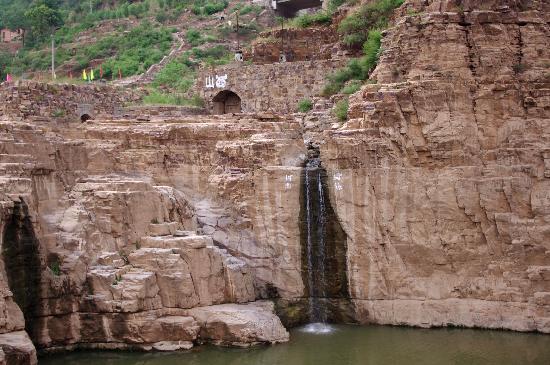 It was a nightmare going up and it seemed there was no end to all these steps and I was absolutely shattered, with legs like jelly, but even so, I was about the third to reach the top, out of our group of 15, all 10 years younger than me.
At the top, there was a cable car station, but ominously, to the left of that, was a 400 metre suspension bridge, which could hold a maximum of 50 people at a time. We posed for some photos on this bridge, which started swaying as more people got on and I could see in the distance, another path at the end of this bridge, leading up another mountain-about the same length to walk as what we’d just achieved. I hoped and prayed we weren’t going up that one, but I was told we’d be taking the cable car.
Su Bin and Li Cheng started across the bridge, but someone phoned them on their mobile and asked them to come back, as the rest of us didn’t want to hang around for 2 hours, waiting for them to return. There a sort of waiting area here, but with a small toilet and an area to sit and eat some food. But there were only pot noodles available and cold tea, which no-one bothered with. When Su Bin got back, we all marched to the cable car and relaxed as we took the trip back in about 60 seconds, instead of the 2 – 3 hours of toiling upwards.
At the bottom, it was time for lunch, at a place just around the corner, so we set off, but again, we had to walk round several corners for about 25 minutes before reaching the restaurant.
At least the meal was excellent and we took an electric bus back to the car park. 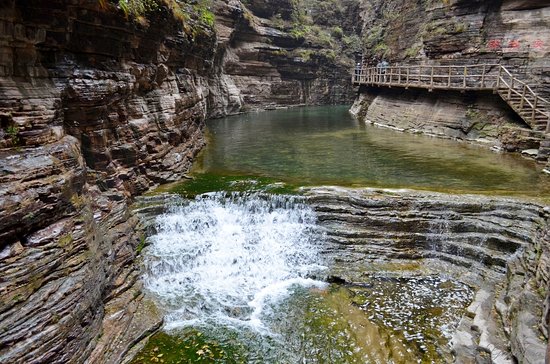 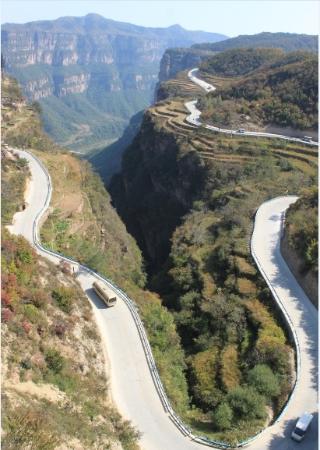 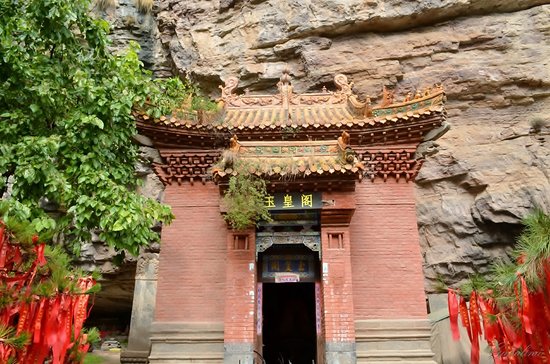 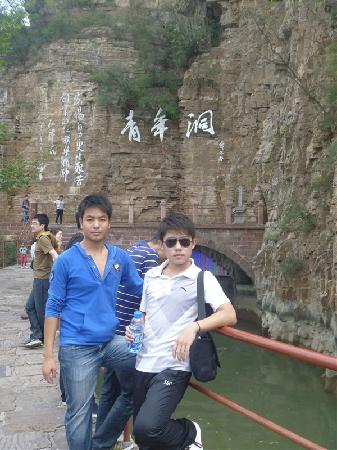 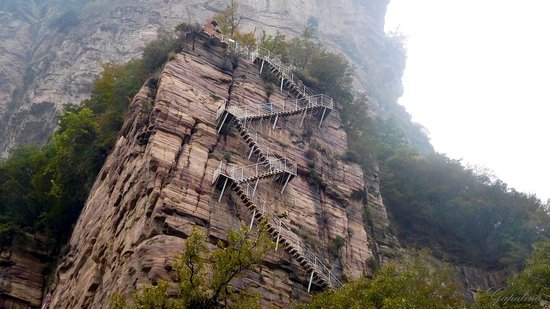 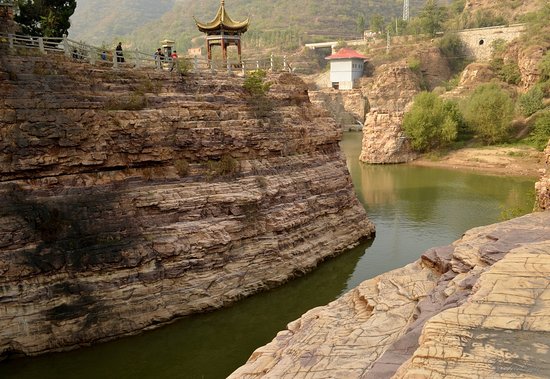 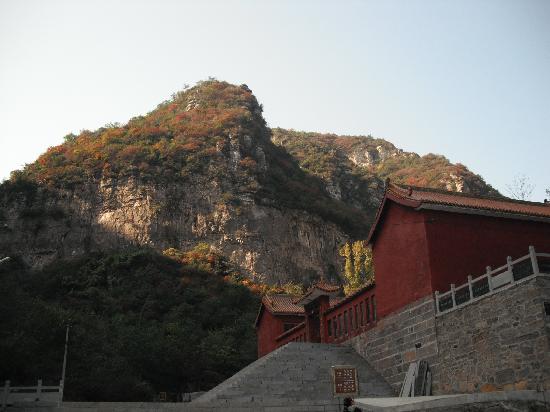